Acadia National Park isn’t known for remote, long-distance hiking and backpacking trails. But what it lacks in remote wilderness, it makes up for in spectacular views of rocky coastlines and dramatic summits that appear to protrude directly from the depths of the Atlantic.

Some of us should opt for a leisurely stroll around Jordan Pond followed by an afternoon cup of tea and popovers at the Jordan Pond House; others could sooner see themselves scaling the cliffside Precipice or Beehive trails, mastering hand-over-hand climbing up metal rungs, each securely fastened into the rock’s face. Regardless of your hiking skill or fitness level, the park’s 120 miles of trails offer something for everyone. 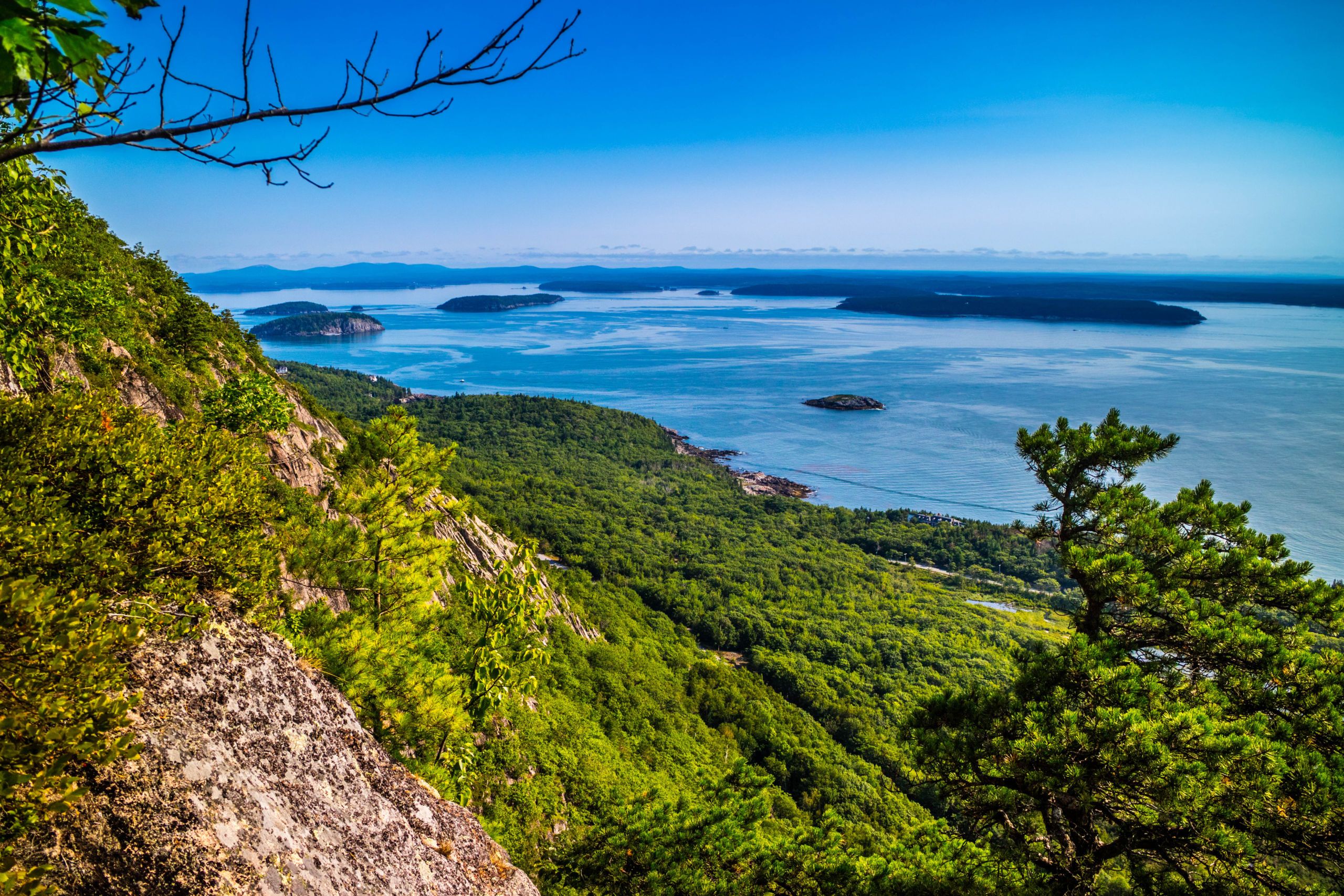 Precipice Trail — The Precipice Trail is one of the most popular hikes in Acadia, and for good reason. The one-mile trek ascends ledges and cracks in the cliffs on the east side of Champlain Mountain before reaching the summit, often utilizing iron rungs and ladders, narrow wooden bridges, and natural shelf systems. The hike feels more like an exposed climb, and a slip or fall could be fatal. Those looking to reach the summit via the Precipice Trail should be comfortable with heights and exposure. We recommend descending via the 1.6-mile Champlain North Ridge Trail. The trailhead is approximately two miles from the Sieur de Monts entrance on Park Loop Road. 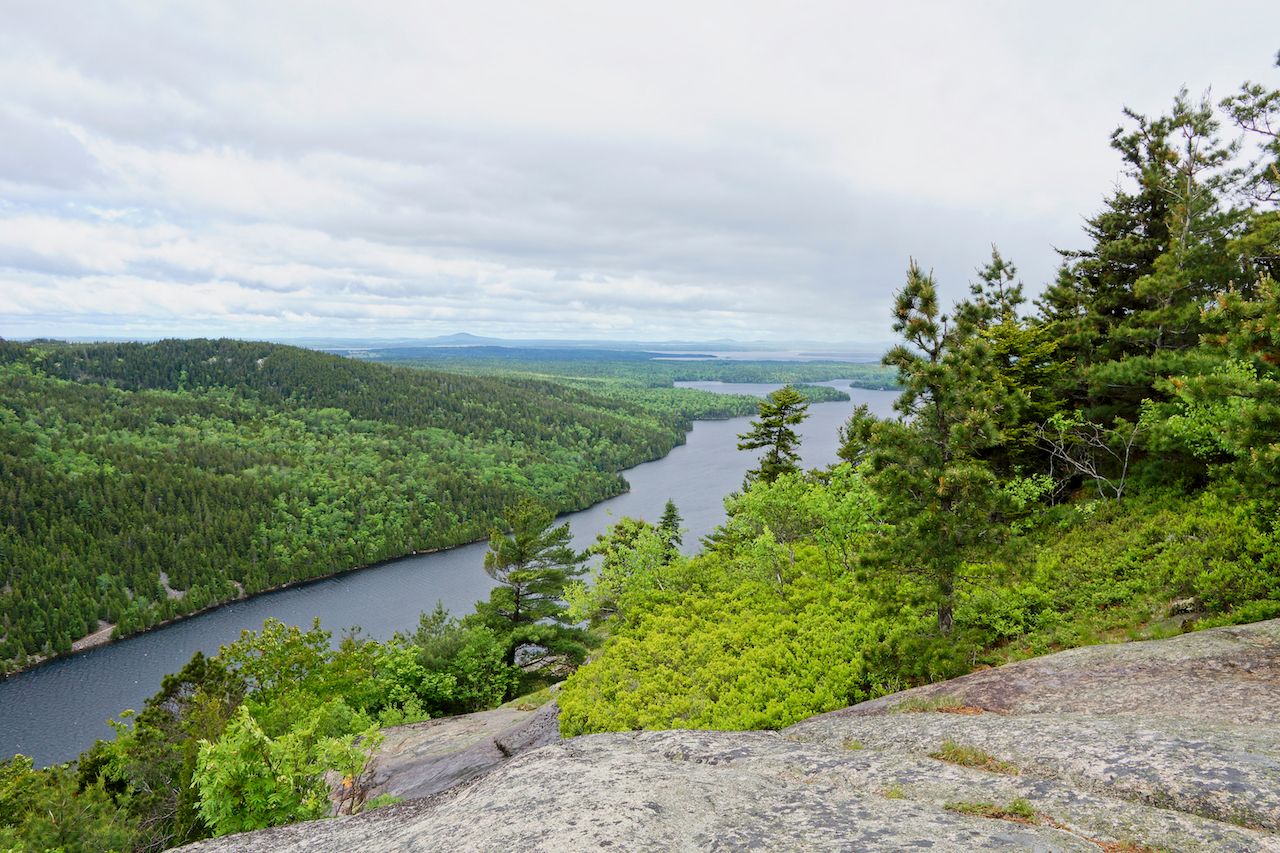 Beech Cliff Trail — Similar to the Precipice Trail, the Beech Cliff Trail is another technical, strenuous hike that utilizes iron rungs and railings to ascend exposed cliff faces. But unlike the Precipice Trail, the Beech Cliff Trail is located on the “quiet side” of Mount Desert Island, and therefore receives much less traffic. While the 1.8-mile loop, including the descent on the Canada Cliffs Trail, doesn’t actually reach the summit of Beech Mountain, it does boast spectacular views of Echo Lake and the Atlantic Ocean. The trailhead can be accessed from the Echo Lake Beach parking area off of Route 102. 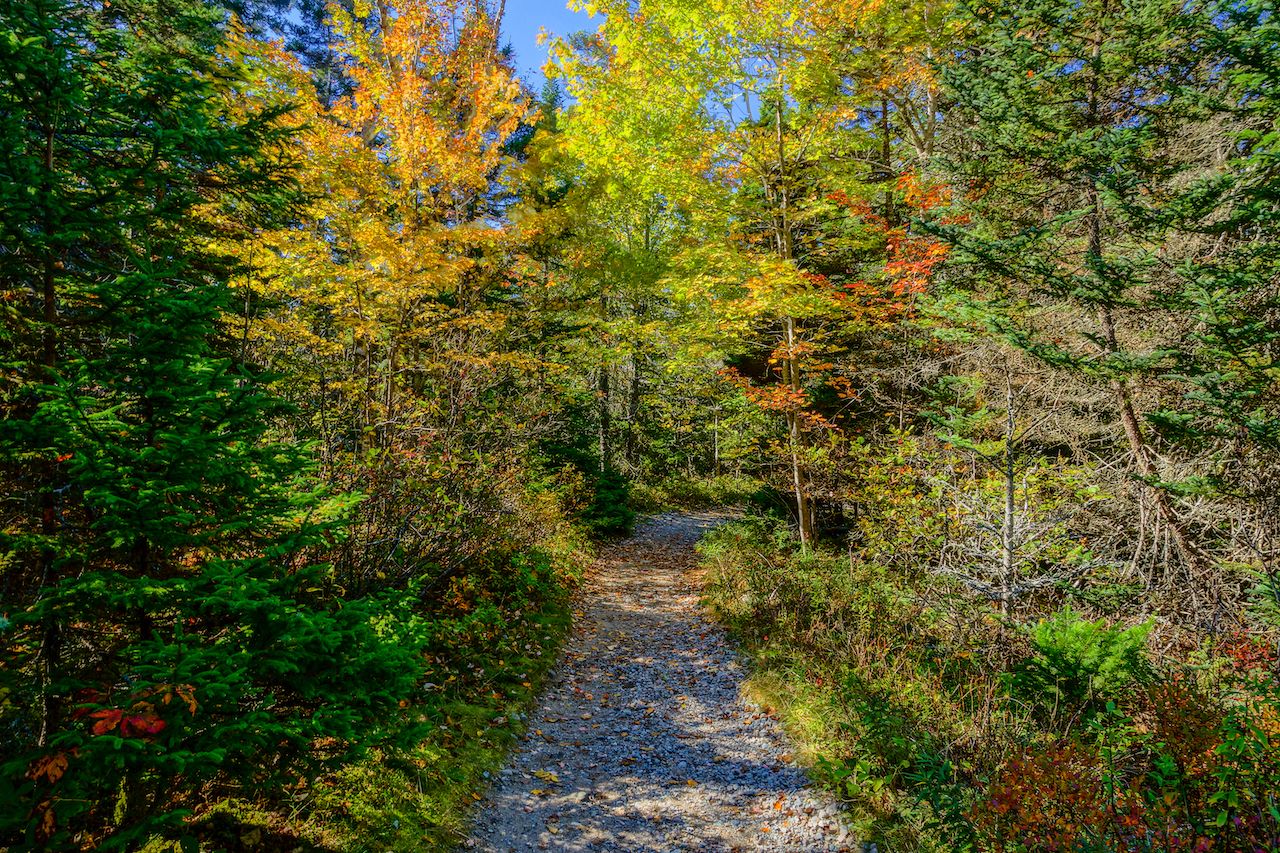 Wonderland Trail — The 1.4-mile out-and-back Wonderland Trail is an easy stroll to a section of rugged coastline. The trail, located on the southwestern side of the island, is relatively flat and easy, making it perfect for families and people of all hiking abilities. The trailhead can be found on Route 102A, just southwest of the Seawall Campground. 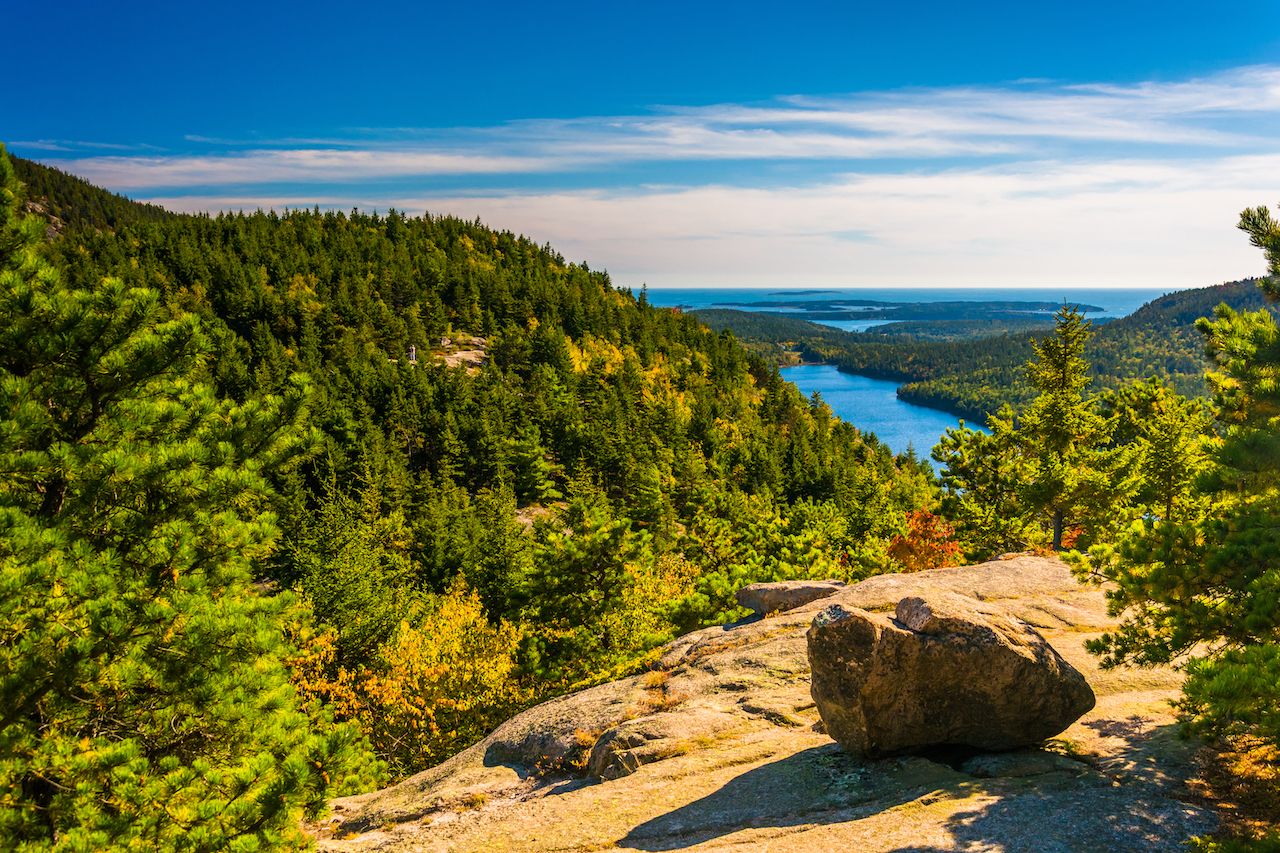 South Bubble Mountain and Bubble Rock — If you’ve seen photos of Acadia National Park, you’ve likely seen a photo of North and South Bubble Mountains from across Jordan Pond. While both of these summits can easily be reached in a single day hike, South Bubble Mountain is also home to Bubble Rock — a large boulder precariously perched at the edge of a cliff, appearing like it could roll off at any moment. The shortest way to the summit is via the 1.7-mile South Bubble Loop hike, which starts on Park Loop Road, just over two miles south of the Cadillac Mountain Summit Road. An extra hour will also allow you to take another trail to the summit of North Bubble, which also offers spectacular views of Jordan Pond. 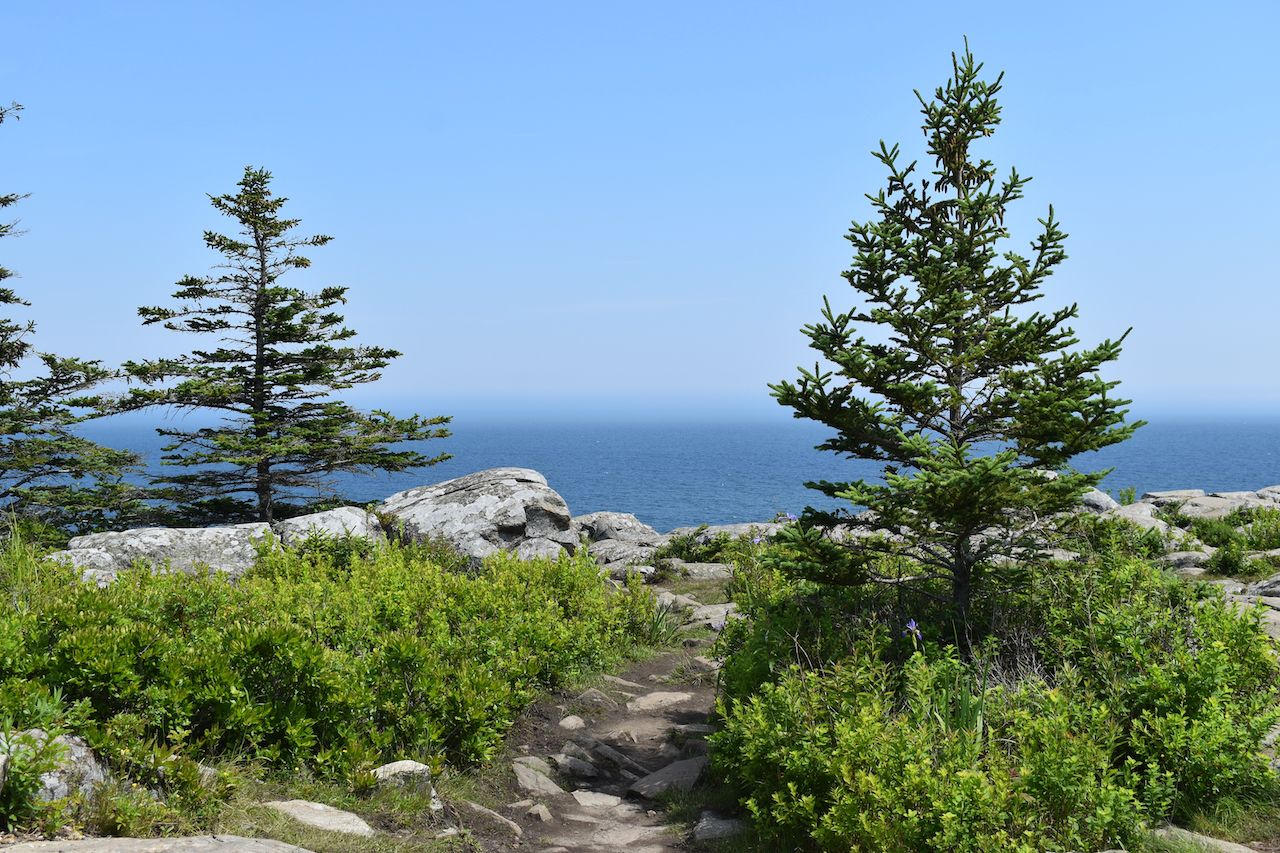 Great Head Trail — The Great Head Trail is a short but moderate 1.4-mile hike that loops around the peninsula of the same name. The hike’s location next to the popular Sand Beach means you aren’t likely to have it to yourself, especially during peak season, but it’s worth a stop nonetheless. Once you make it to the top of the peninsula, you’ll be rewarded with views of the turbulent Atlantic below. 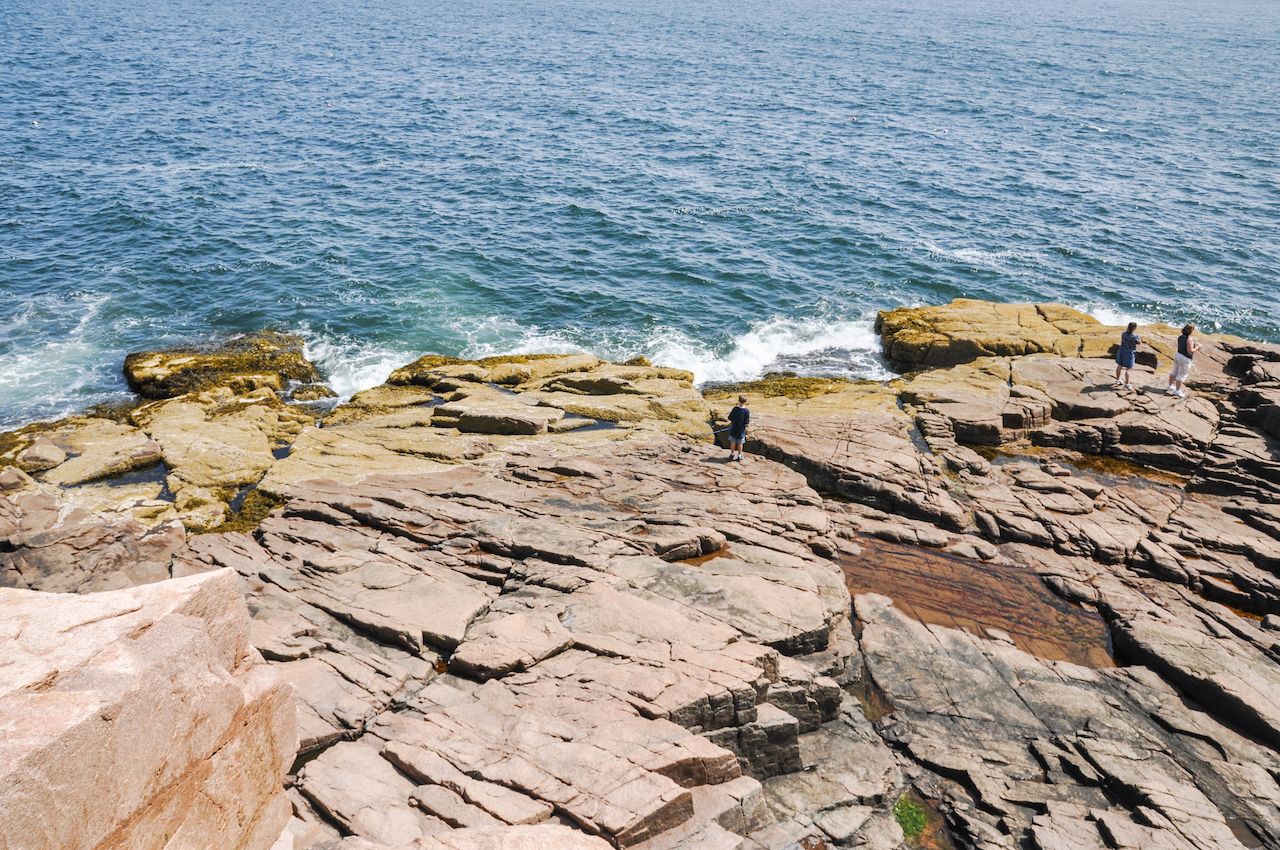 Schoodic Head Trail — If you’ve already explored Mount Desert Island and are searching for a less-traveled section of the park, the Schoodic Peninsula is accessible, yet far enough that it can serve as a good escape from the crowds. While the peaks aren’t as high or dramatic as on Mount Desert Island, they still offer the same rocky coastline and hikes that afford visitors great views of their surroundings.

After exploring the coastal destinations on the Schoodic Peninsula, head inland to Schoodic Head for solitude and views of the surrounding coast. The summit can be reached by hiking the Alder Trail to the Schoodic Head Trail from the Blueberry Hill parking area on Schoodic Loop Road. Take the Anvil Trail down for a complete 2.5-mile loop.