As a national park with over forty miles of coastline and over 48,000 acres of mountainous terrain, Acadia has a diverse range of ecosystems and wildlife. Each year, peregrine falcons nest on the cliffs of Champlain Mountain, while humpback, minke, and finback whales migrate off the coast in search of food. Even the tidal pools along the park’s rocky shoreline provide an excellent opportunity for wildlife spotting. 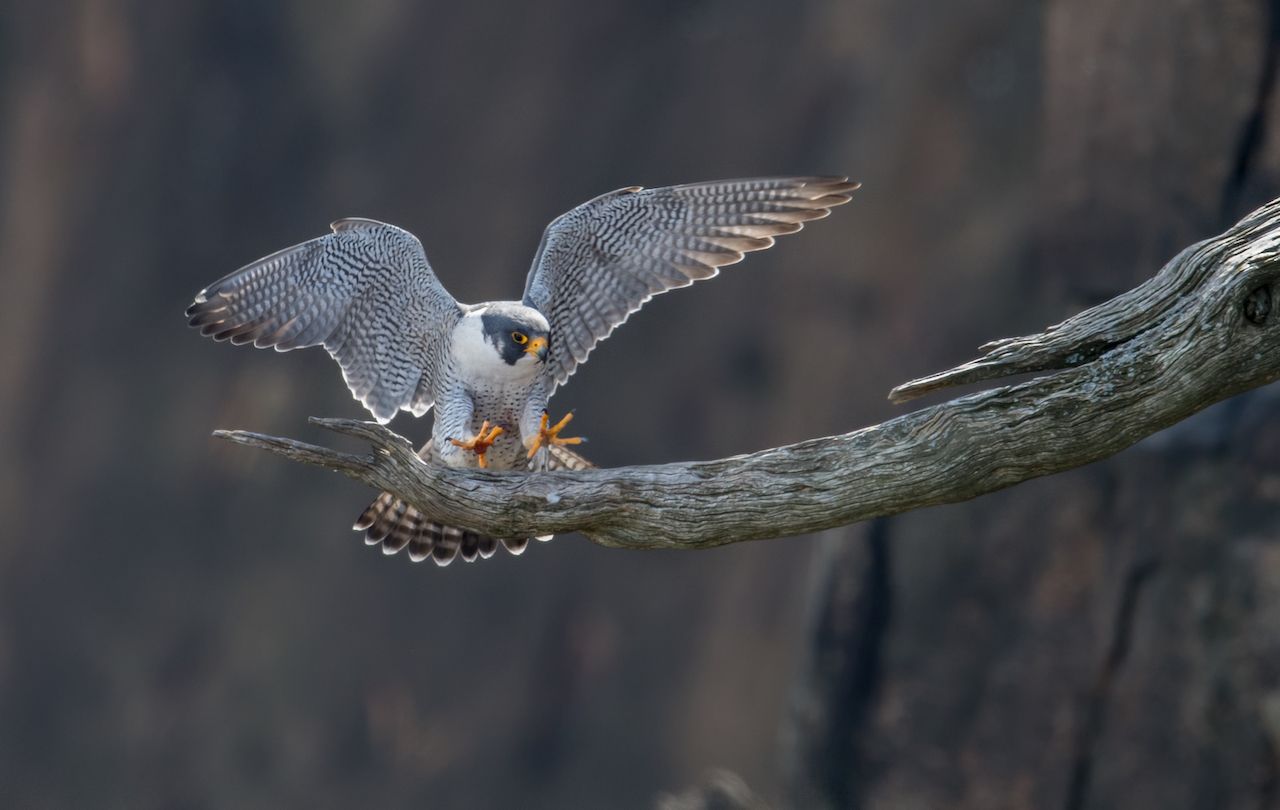 Peregrine Falcons — Reaching diving speeds of up to 240 miles per hour, the peregrine falcon is the fastest animal in the world. Each year, the birds migrate to Acadia to build nests perched high on the park’s cliffs. The falcons can be spotted as early as March and can remain in the park as late as August before migrating south for the winter. While peregrines can be found soaring above many cliffs in the park, the Precipice Cliffs on Champlain Mountain is one of the best places to view them. Listen for the birds’ high-pitched scream, and respect trail closures meant to preserve and protect their nests. 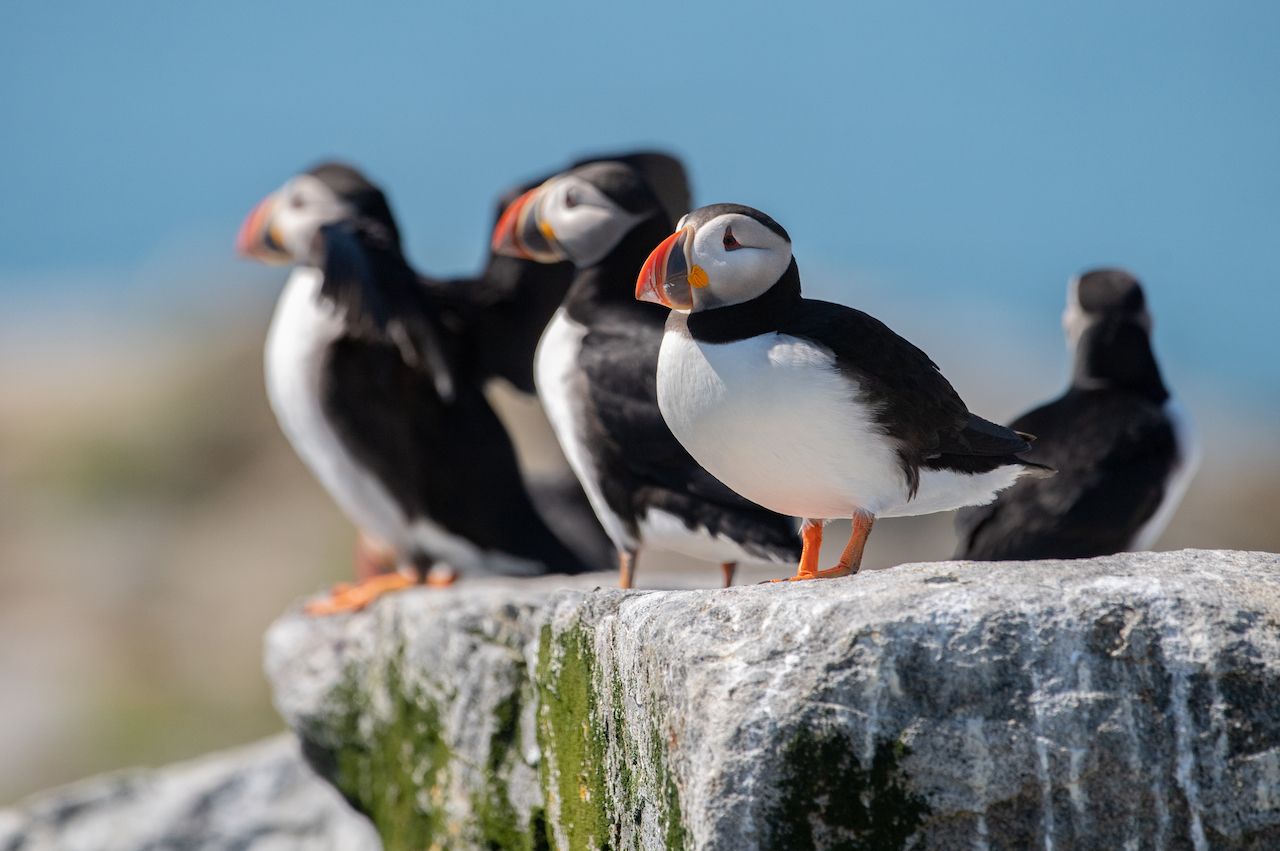 Puffins — The islands off the coast of Maine are the only place where Atlantic puffins — a small, rare seabird — can be found in the United States. While you can’t see the birds on Mount Desert Island itself, tours depart from Bar Harbor between April and August, taking guests to islands where puffin colonies typically reside. In fact, many tours provide the opportunity to see whales, puffins, eagles, and other species of wildlife on the same trip. Your best bet is to book the Acadia Puffin Cruise, which costs $75 per adult and $45 per child. 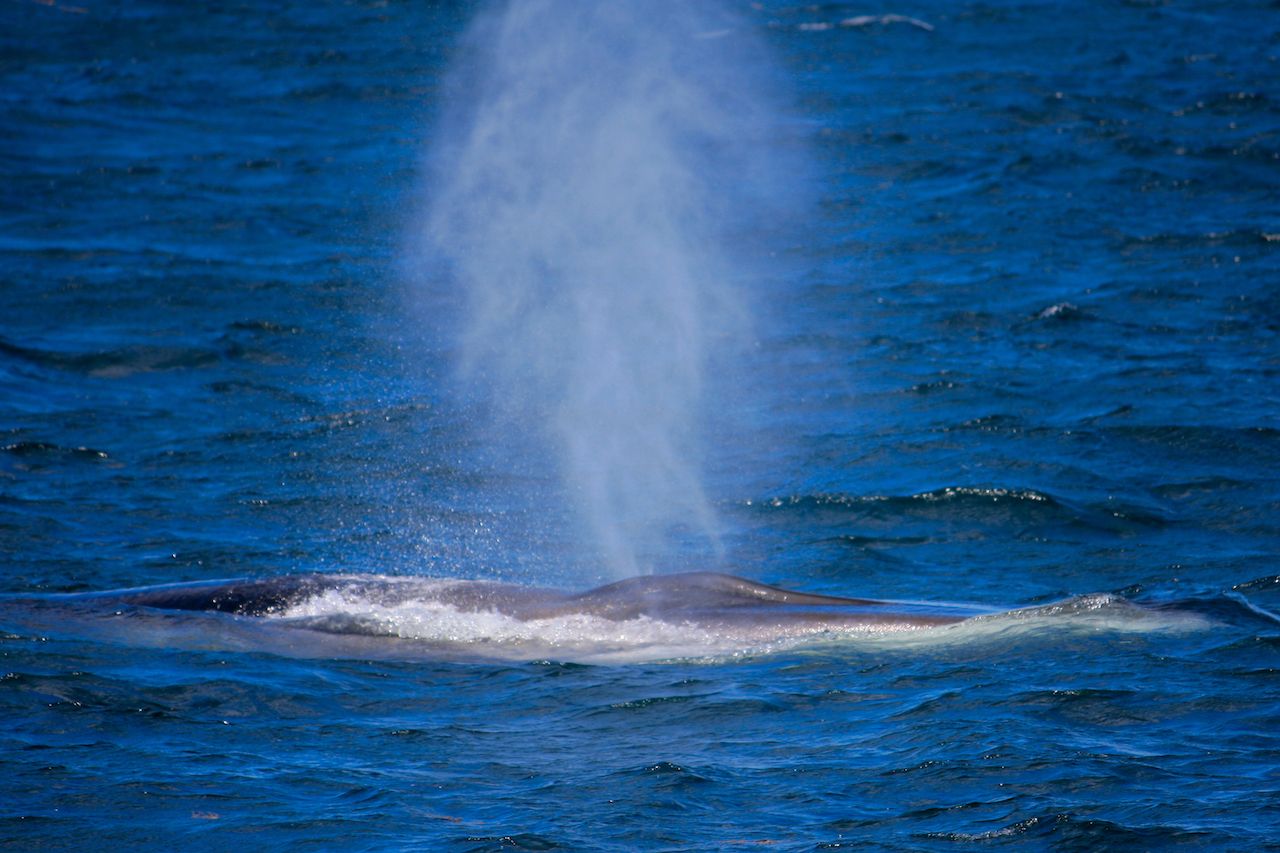 Whales — As the weather warms up in the spring, finback, humpback, minke, and pilot whales are frequently spotted in the Gulf of Maine, off the coast of Mount Desert Island, and near the surrounding peninsulas. And while less common, right and sperm whales, as well as orcas, can also be seen breaching in Maine’s cold waters. Whale-watching cruises, many of which leave from Bar Harbor, are your best bet for spotting some of these spectacular creatures. It’s also possible to see a variety of seabirds, dolphins, seals, and other wildlife while on a whale-watching cruise. Make a reservation with Bar Harbor Whales in advance. 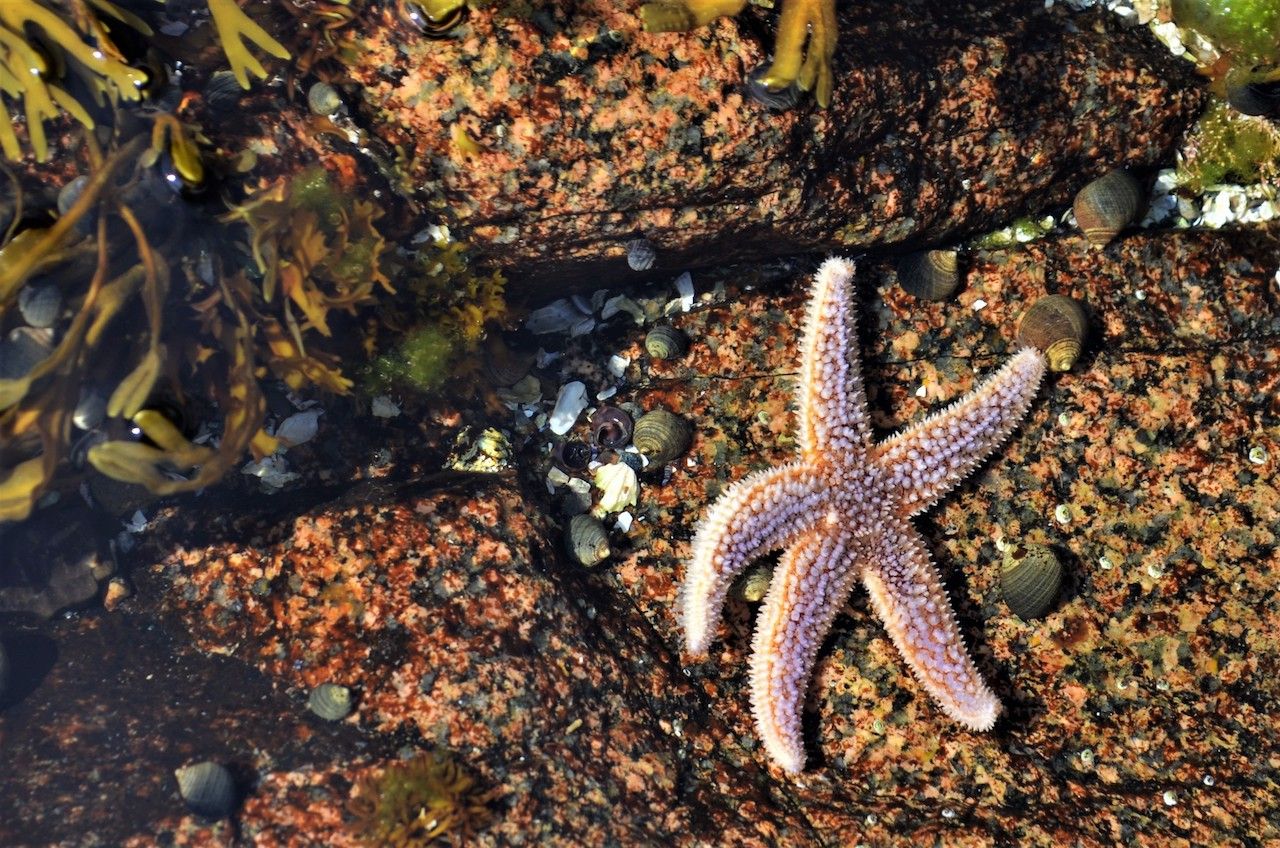 Starfish and other tidepool finds — While many visitors focus on Acadia’s larger ecosystems, searching for whales, seals, and dolphins, one of the smaller, yet most impressive, ecosystems goes unnoticed: the tidepools. As the tide goes out, a variety of wildlife is left in these small coastal pools, including starfish, sea urchins, and crabs. The Wonderland Beach, located on the “quiet side” of the island, is a good place to explore these small ecosystems. Make sure to check a tide chart and time your trip to coincide with low tide. 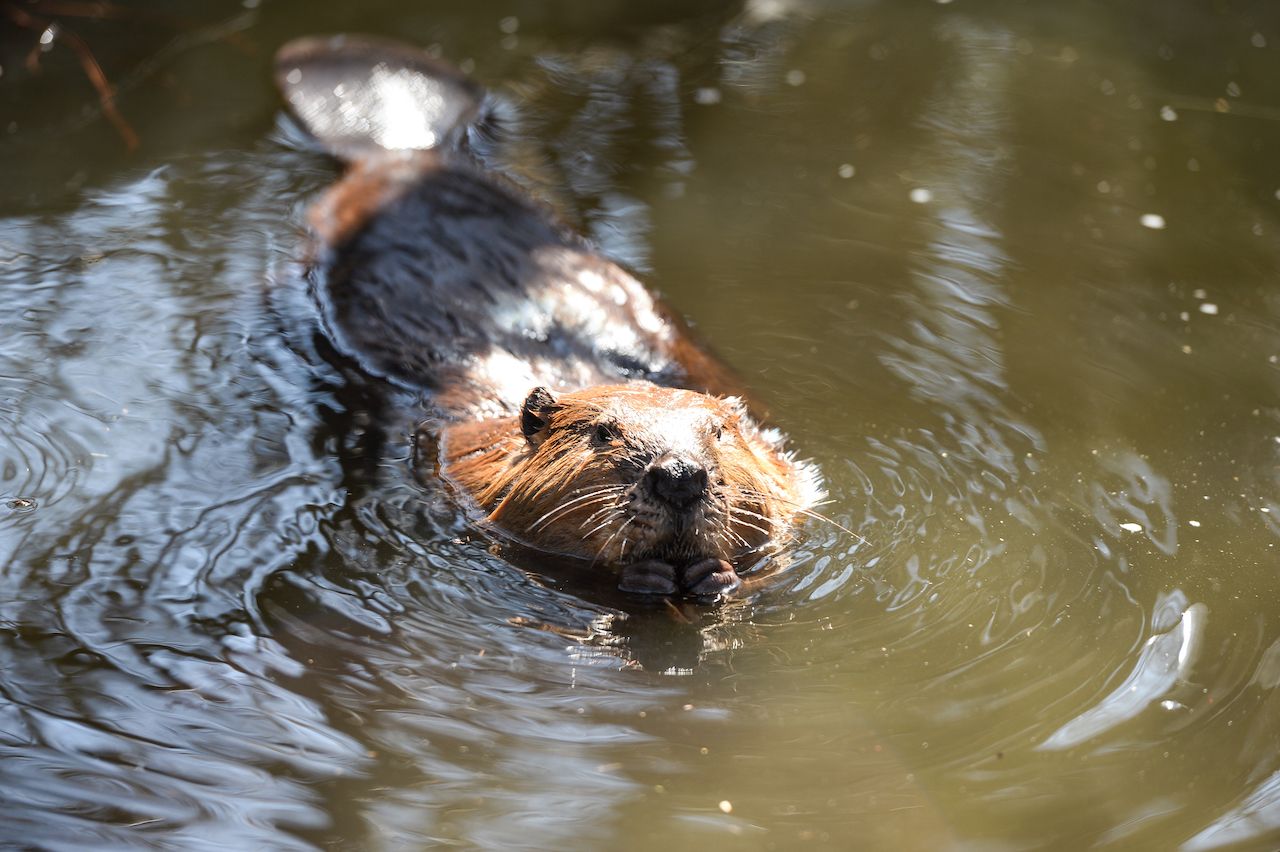 Beavers — Beavers are often spotted around the park’s freshwater ponds, like Jordan Pond or The Tarn. Take a stroll around one of these ponds early in the morning before the crowds come out in full force for your best chance to see a beaver swimming through the water or working on a dam. Even if you don’t see one straightaway, keep your eyes open for smaller chewed-up trees or stumps — a sure sign that you’re in the right place. 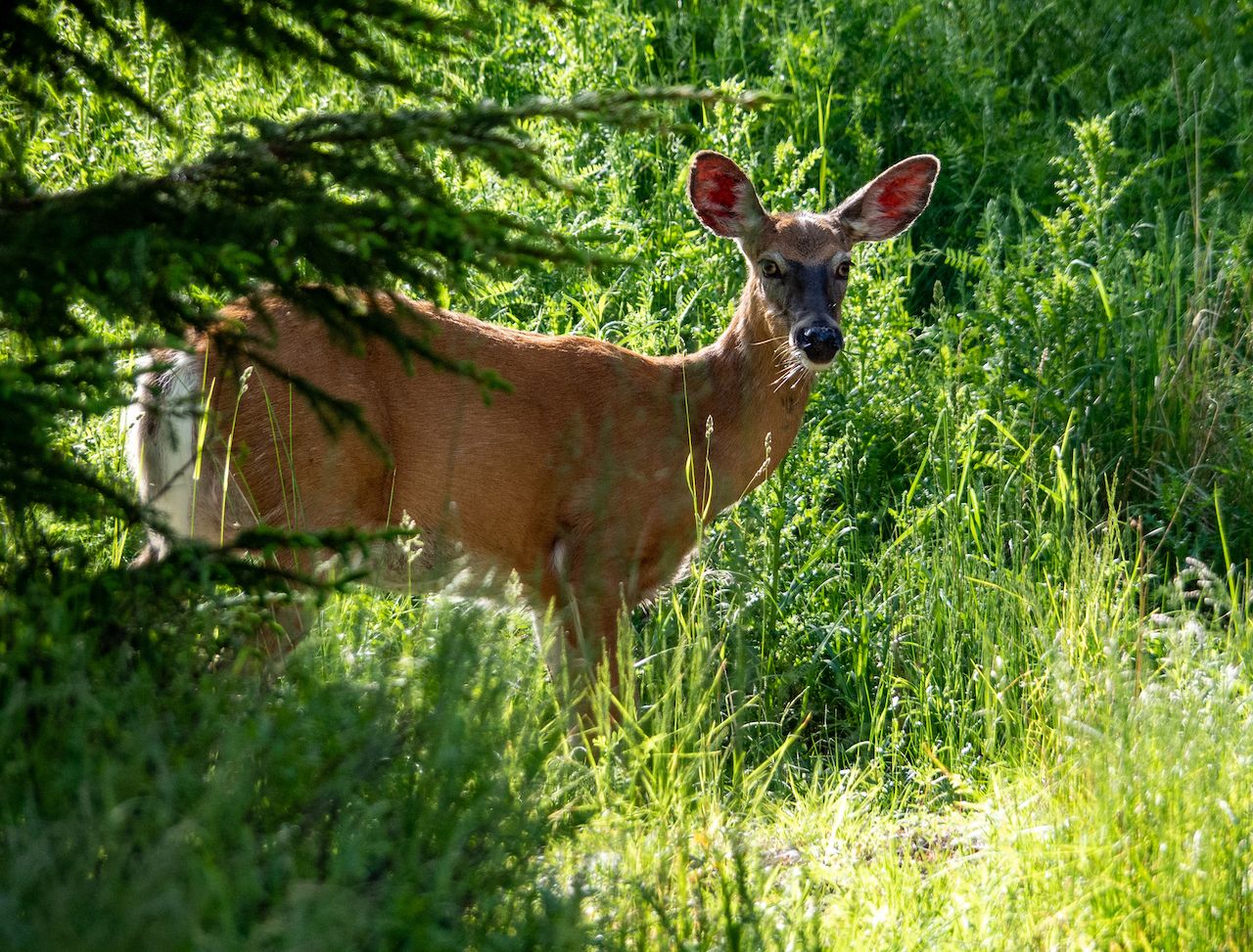 White-tailed deer — While not the most obscure wildlife you can see in the park, white-tailed deer are quite common in the forests and meadows. Deer can often be seen during dawn and dusk while walking the Great Meadow Loop or Jesup trails, although you’ll have a pretty good chance of spotting at least a few deer in any open areas throughout the park. 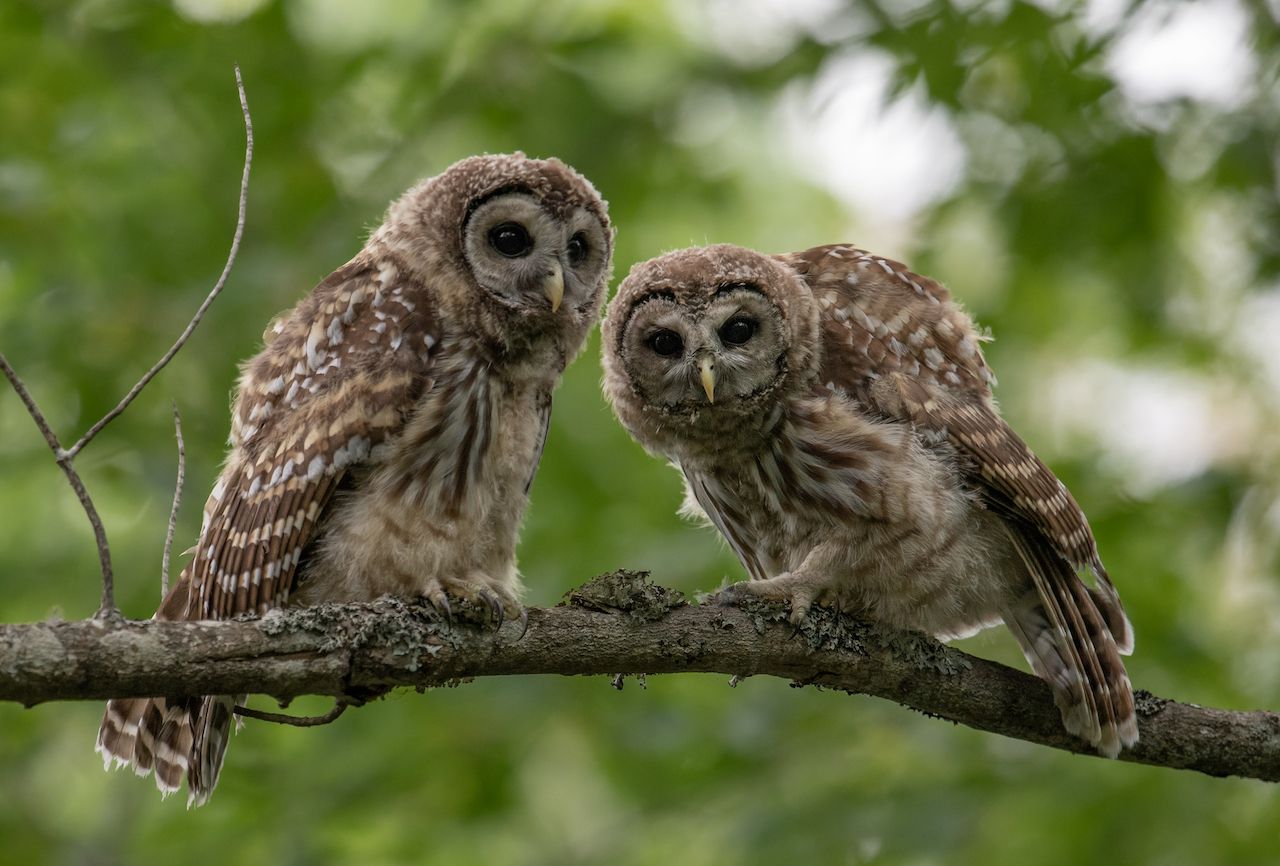 Owls and other birds — With a recorded 338 species of birds in the park, Acadia is a must-visit destination for birders. Even if you aren’t a self-proclaimed birder, it is still worth keeping your eyes towards the sky. Barred owls are one of the more common owl species in the park and can even be seen during the day — especially around the Seawall Campground area. In the winter, snowy owls migrate south from the Arctic and can sometimes be spotted on the park’s bare summits. In addition to owls, puffins, and peregrine falcons, a number of songbirds, eagles, hawks, and shorebirds also call the park home, and you’ll see them in trees or in flight above the park’s cliffs and coastline.