While there are no lodges within Acadia National Park, the villages surrounding the park offer plenty of options for anyone who would rather retreat to a comfortable bed than camp after a day of adventuring. The largest town, Bar Harbor, has everything from classic New England bed and breakfasts to luxurious lodges, all just minutes from the park entrance. Smaller towns like Southwest Harbor also offer options a little farther from the summer crowds. Whether you’re looking for four walls and a bed or a luxurious retreat intended to be the focus of your vacation, you’ll find it around Acadia. Note that rates listed reflect high-season pricing. 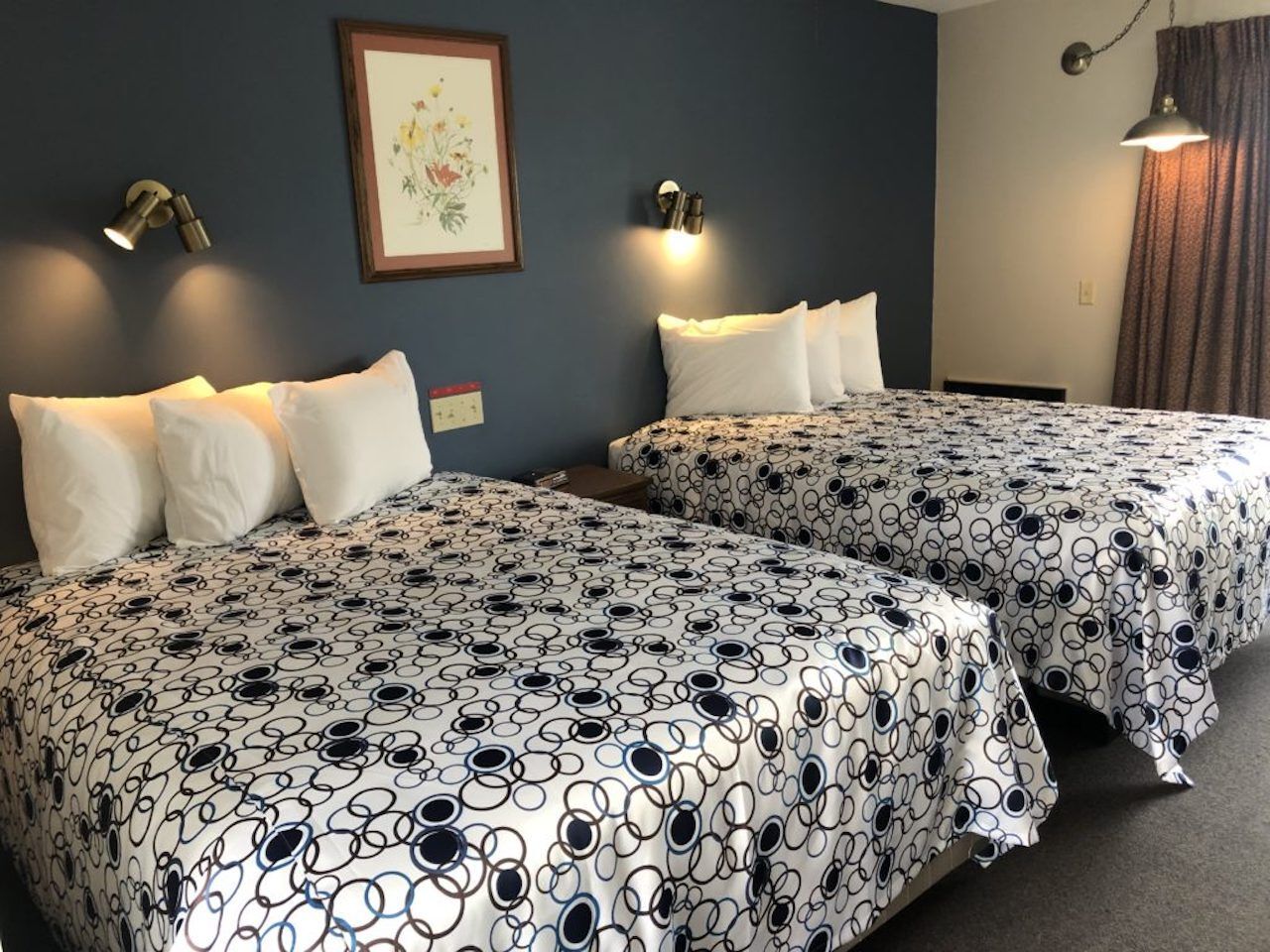 Edenbrook Motel — With rates as low as $119 per night in late summer, Edenbrook Motel is an affordable option that keeps you in Bar Harbor. It’s just north of downtown and a short walk from Mount Desert Narrows. Rooms are comfortable and simple, with single- and double-bed options; up to four people can stay in a room. 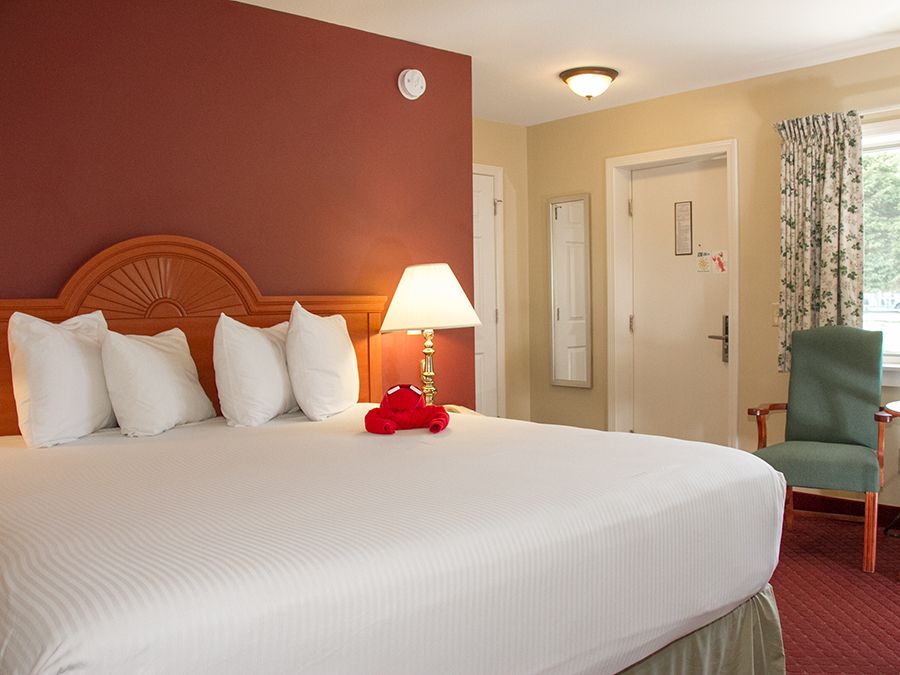 Bar Harbor Motel — Just north of downtown, the Bar Harbor Motel is another affordable option with simple rooms starting at just over $100. The expansive property has outdoor lounging and exploration areas and a spacious breakfast room. But the coolest part of this motel is that it offers trail access to Acadia National Park. Just head out your door and less than a mile later, you’re on the park’s carriage roads. 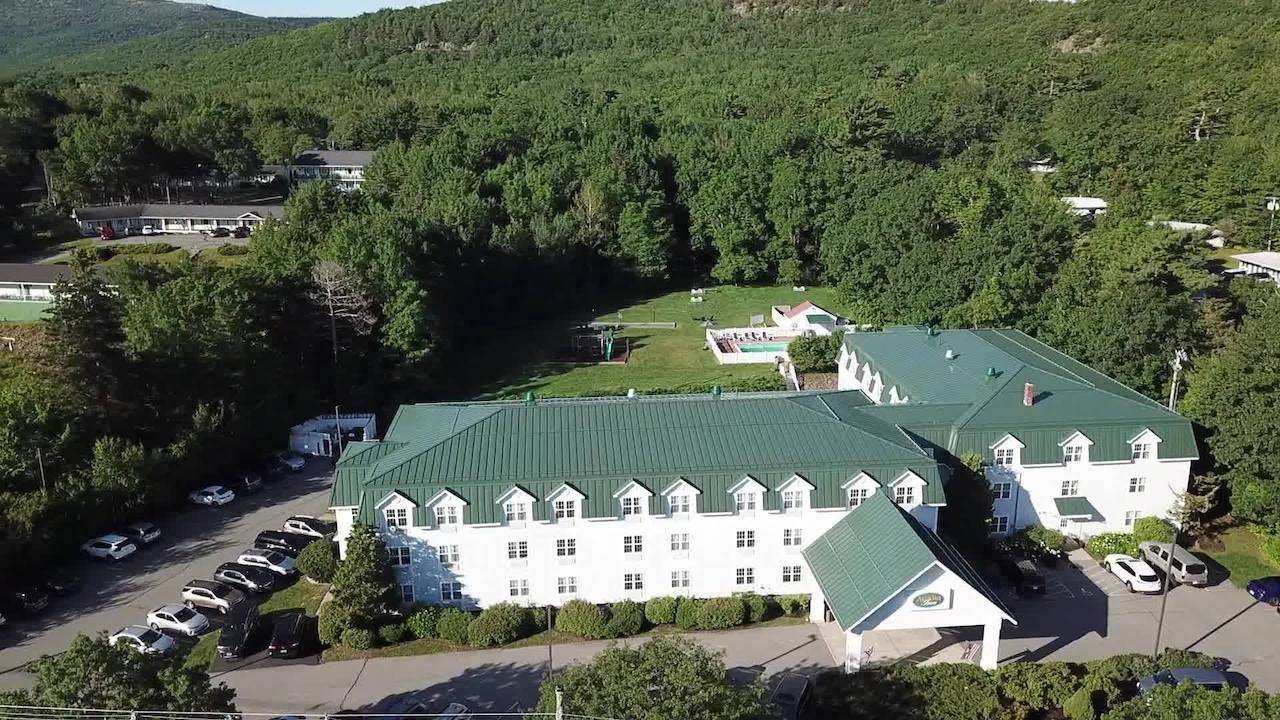 The Acadia Inn — The Acadia Inn, situated in Bar Harbor on four acres adjacent to the park, offers direct access to some of the park’s hiking trails without ever having to get into your car. All 95 rooms feature modern amenities, king or double queen beds, and refrigerators. Continental breakfast is included, as is an outdoor pool. The rooms are clean and generally more spacious and modern than your average chain hotel gauging the wallet, making this a solid option for families and couples. Rack rates are over $230/night for a room summer. 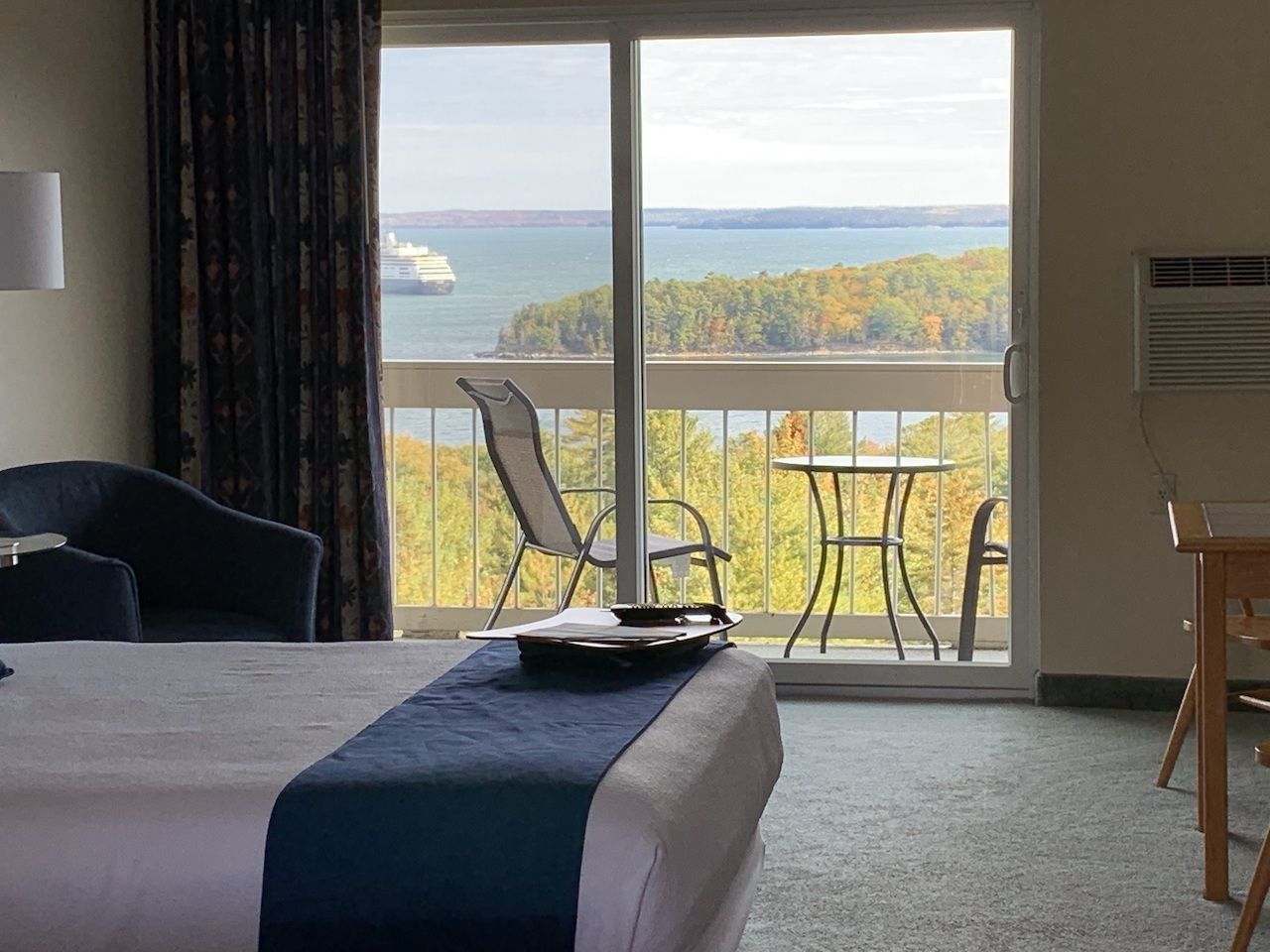 Atlantic Eyrie Lodge — Located just minutes from Bar Harbor’s main attractions and the park entrance, the Atlantic Eyrie Lodge is perched at the top of a hill and boasts views of Frenchman Bay and the Porcupine Islands. Visitors choose from a variety of room types, most of which have balconies with ocean views, including a deluxe suite or pet-friendly rooms. They even offer a cottage, capable of sleeping a group of up to eight. Breakfast is included, although given the views from even the queen bedrooms, you may have a tough time pulling yourself off the balcony. Rooms start at over $230/night in summer. 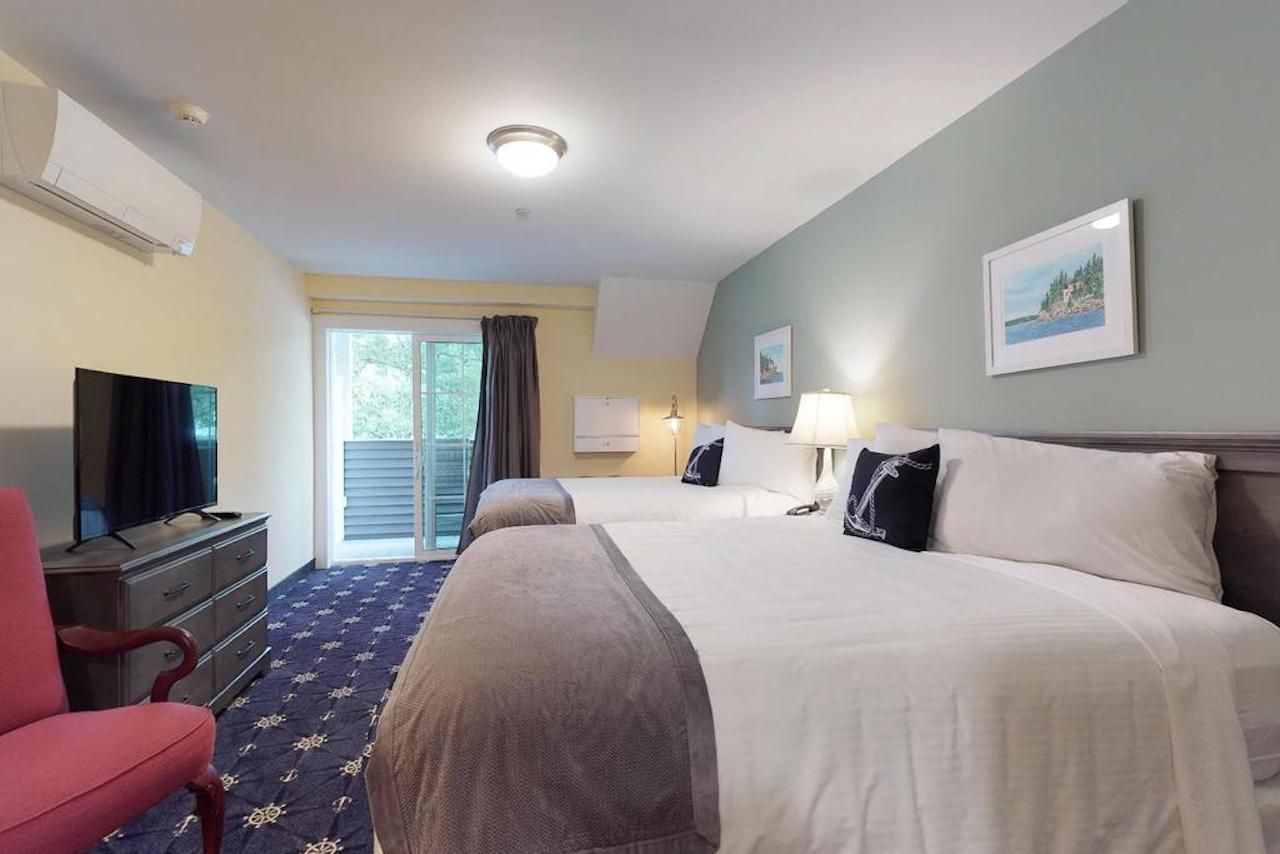 Inn on Mount Desert — The recently opened Inn on Mount Desert features 31 rooms in a residential neighborhood in Bar Harbor, just a few minutes’ walk from the main strip. Local art and photography fill the inn, giving guests an authentic feel of Downeast Maine. A few of the rooms even have their own private balconies overlooking the quiet neighborhood streets. The rooms are spacious and feature expansive views of the neighborhood that are about as iconic New England is it gets — many with a private terrace. Listed room rates start at $300/night.

Harbour Cottage Inn — The Harbour Cottage Inn is a harborside bed and breakfast in the small town of Southwest Harbor, on what is known as the “quiet side” of Mount Desert Island. The bed and breakfast features 11 rooms, including one-, two-, or three-bedroom suites, a common area with a fireplace, and a home-cooked breakfast. The inn is within walking distance of local shops and eateries and is just minutes from the park. Most rooms list at $259/night in the summer. 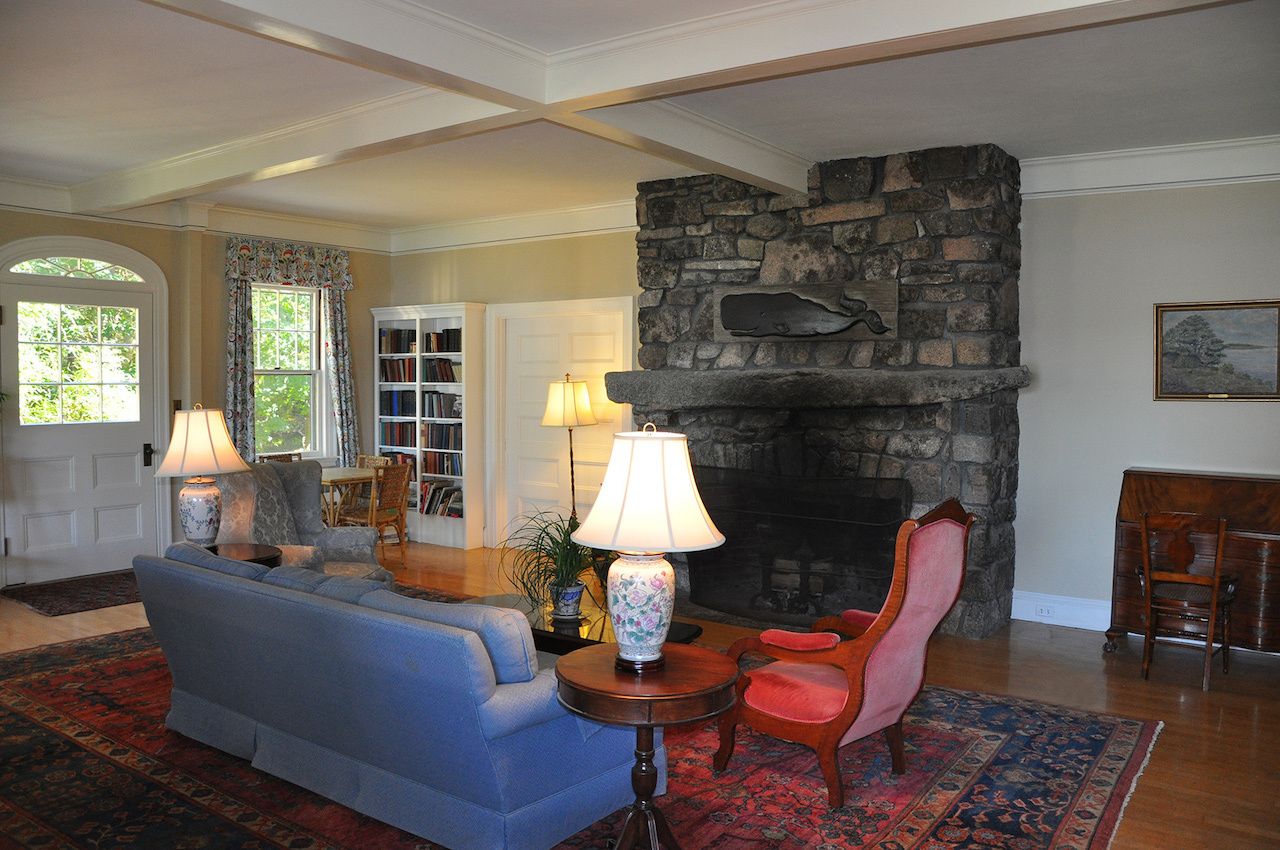 The Claremont Hotel — Built in 1884, the Claremont Hotel has earned itself a spot on the National Register of Historic Places. The hotel, located in Southwest Harbor, is a shorefront resort with 24 guest rooms, six private inn-style rooms, 14 cottages, and two high-end bars and restaurants. Guests at the hotel also have access to bicycles, a tennis court, rowboats, and a library. And while the town of Southwest Harbor and the National Park are only a few minutes away, the Claremont Hotel is a destination — a retreat, more accurately — in itself. Rooms in the high-season start at $200/night. 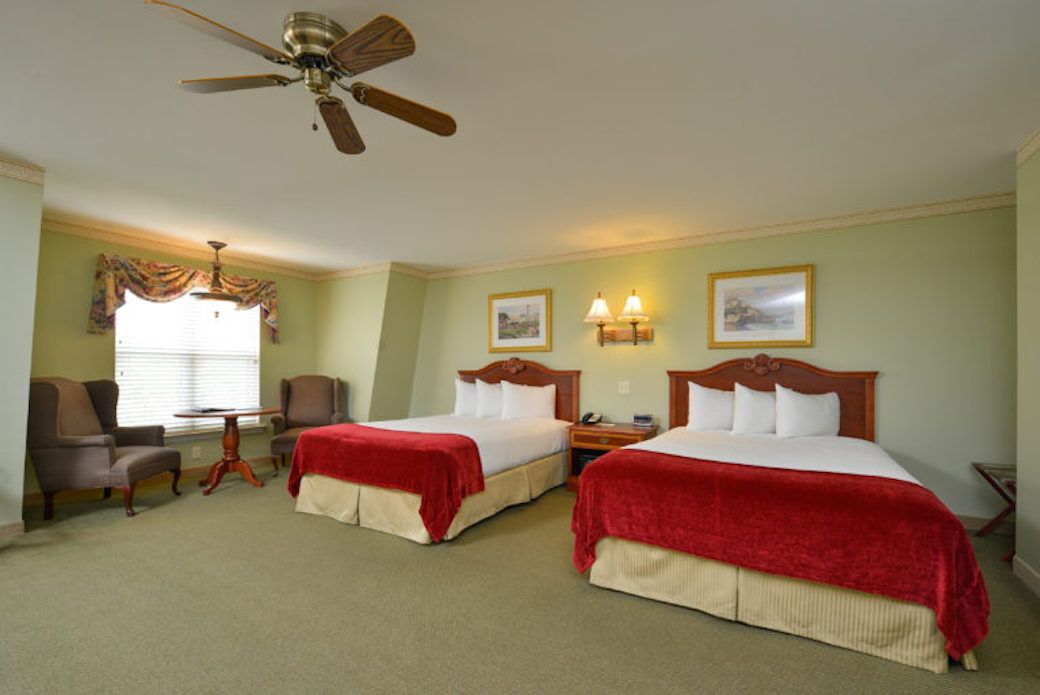 Bar Harbor Grand Hotel — Designed to replicate a historic 19th-century mansion, the Bar Harbor Grand Hotel instills a sense of traditional New England charm while maintaining the convenience of modern amenities. The hotel offers a choice of suites, single king or double queen rooms, a fitness center, heated pool, and jacuzzi. And like its name suggests, it is conveniently located in Bar Harbor. The hotel is a step up in both class and price from most other hotels in the region, with summer rack rates starting at $349/night, but backs it up. A lobster dinner in the hotel’s Reading Room is an experience on par with hiking Cadillac Mountain — at least in terms of the memory made.