Not even the proudest Dallas-Fort Worth resident would argue that the art and culture of the area competes with that of New York City or Chicago, but that doesn’t mean that DFW has nothing of value to offer in this area. In the last decade, a handful of new and renovated museums have stepped on the scene to put DFW on the culture map. Here are the best places for art, music, and culture in Dallas-Fort Worth.

Pro tip: If you’re interested in multiple recommendations, consider buying the CityPASS. For $49, you can see the Perot Museum, Reunion Tower GeO-Deck, Sixth Floor Museum OR the Dallas Zoo and the George W. Bush Presidential Center OR the Dallas Arboretum and Botanical Garden. It’s valid for nine consecutive days after your first day of use. If you visit three of the six destinations listed, you’ll save money. If you make it to four, it’s a major steal. 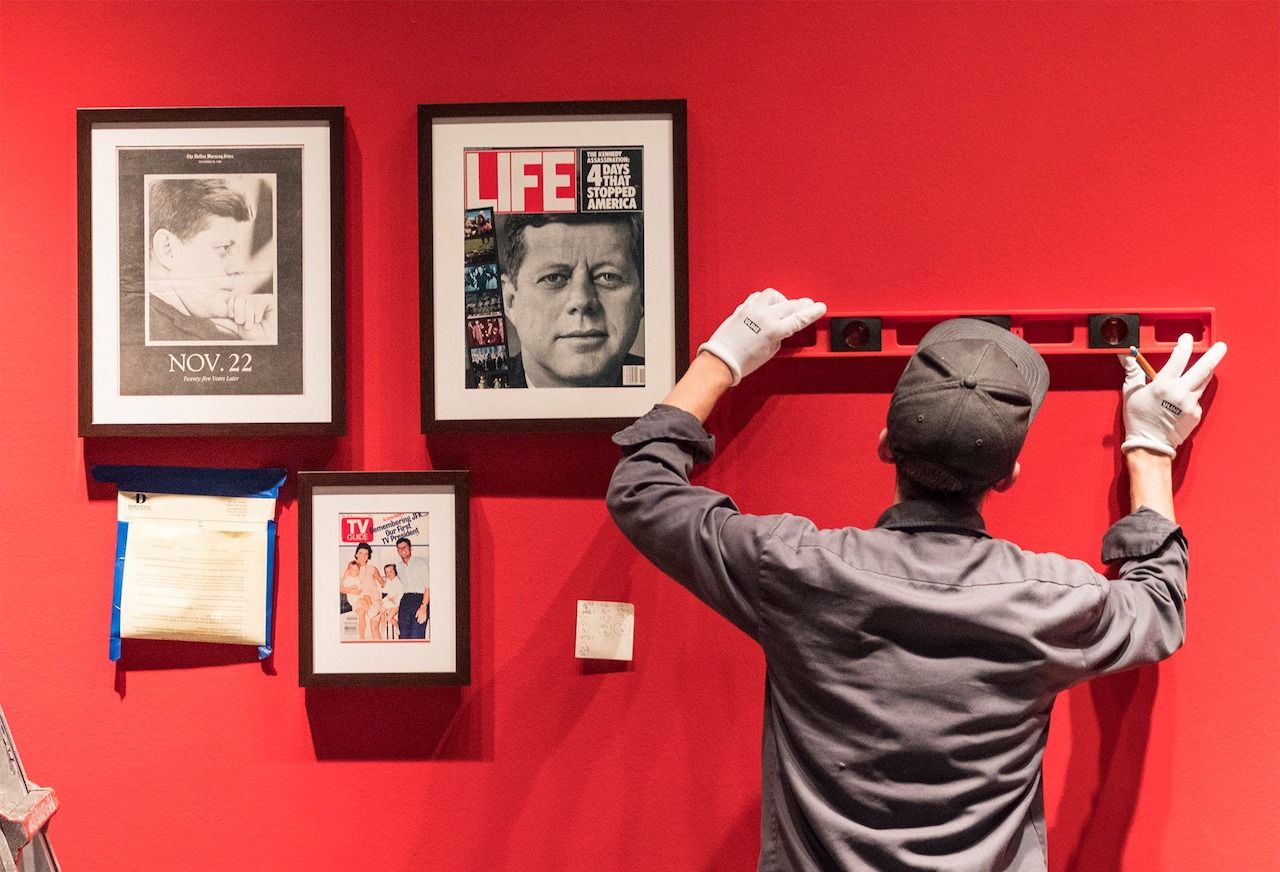 The Sixth Floor Museum at Dealey Plaza — Although it’s rooted in tragic circumstances, Dallas’ most well-known event is the assassination of John F. Kennedy. Today, the US President’s assassination is remembered with the Sixth Floor Museum at Dealey Plaza. This fascinating museum was renovated in 2002, incorporating more video and interactive exhibits for guests to enjoy. For $19, you can go on a journey through the history of John F. Kennedy’s life, rise to presidency, untimely death, the resulting investigation, and his legacy. After your visit, walk toward the grassy knoll to talk with local conspiracy theorists who, for a small fee, will show you photos detailing what they believe really happened on November 22, 1963. 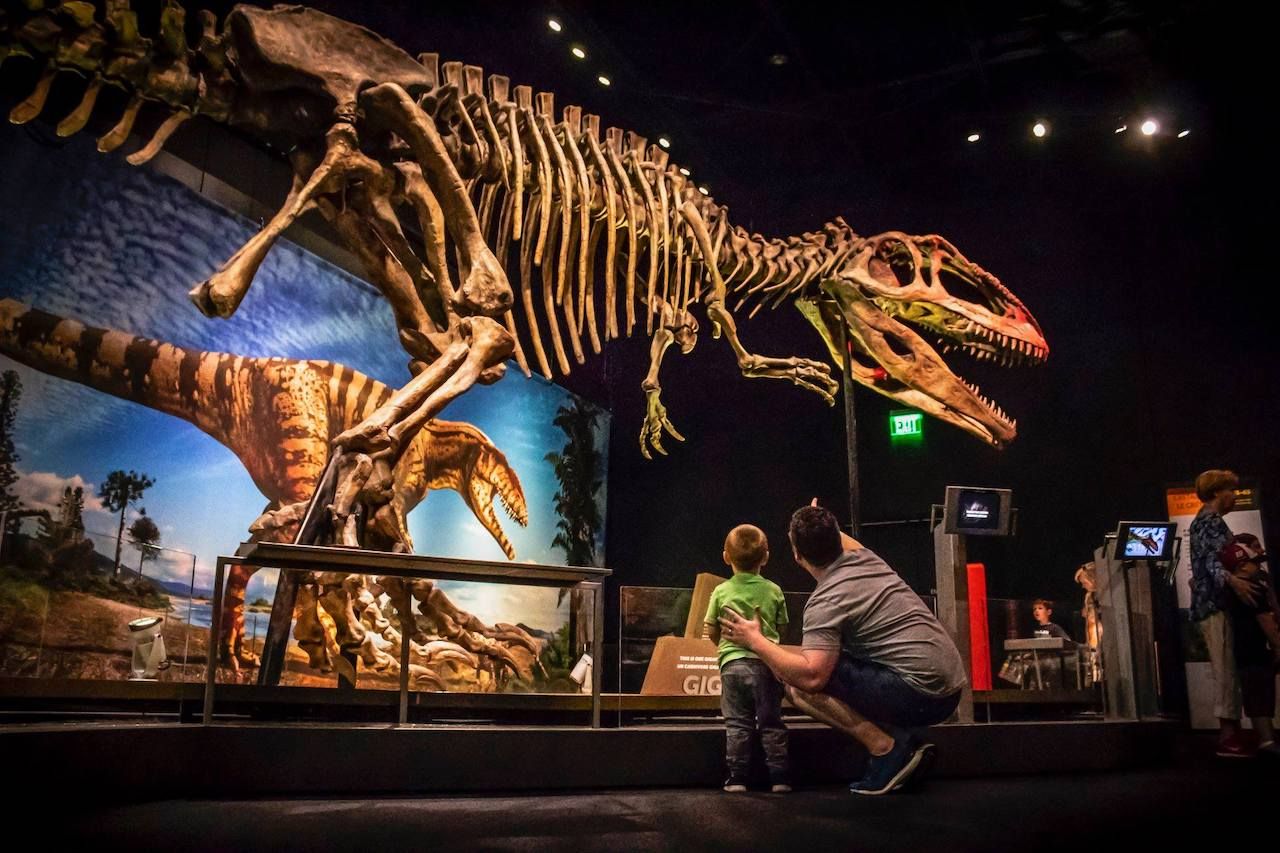 Perot Museum — The visually stunning building that hosts the Perot Museum of Natural Science was added to the Dallas skyline in 2012. Since then, it has dazzled visitors on their approach and left them awed as they exit. Make sure you set some time aside for your visit because there is plenty to see and do. You can learn about Earth and space, study your DNA, make music, battle robots, and even race a dinosaur. The cost is $13 for general admission or up to $34 if you’d like to see any 3D movies. If this is an adult trip, consider visiting on a Social Science night complete with a DJ, specialty interactive exhibits, and, of course, drinks. Tickets are $29 and tend to sell out fast.

George W. Bush Presidential Center — Regardless of your political beliefs and affiliation, the George W. Bush Presidential Center provides a rare, in-depth look at what it’s like to serve as President of the United States of America. Admission is $16, but it offers a variety of discounts and sometimes free entry for active and retired military, students, teachers, and more. The center opened in 2013 and takes a very interactive approach to remembering George Bush’s presidency. You’ll be able to step into a recreated Oval Office, experience what it’s like to campaign to be president, and go through the President’s day almost minute-by-minute on September 11, 2001. Be sure to check out the calendar for special exhibits and events. Afterward, take a stroll around the neighboring Southern Methodist University campus and nearby Hillcrest Avenue for some beautiful architecture and local campus grub. 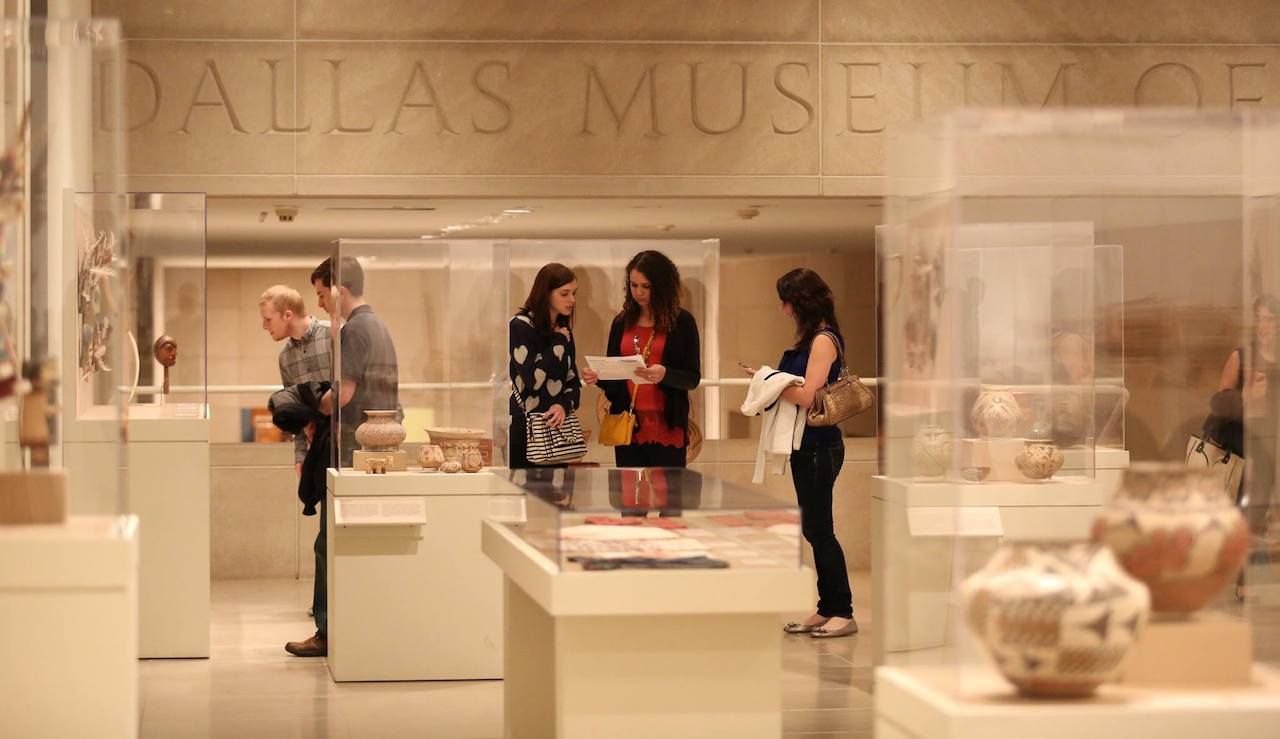 Dallas Museum of Art — For more than 100 years, the Dallas Museum of Art (DMA) has offered a stunning global collection of art, with more than 24,000 works spanning over 5,000 years of history. The DMA is located in the Arts District just a five-minute walk north of Downtown Dallas. The great news for visitors is admission is entirely free; however, access to traveling special exhibits will cost you $16. Visit for Second Thursday (the second Thursday of each month) to get the experience with a pop culture twist and performances, or for Late Night (the third Friday of each month) for drinks and a multitude of special experiences. Please note, these nights will cost you anywhere from $5-20 depending on what you’re looking to do. 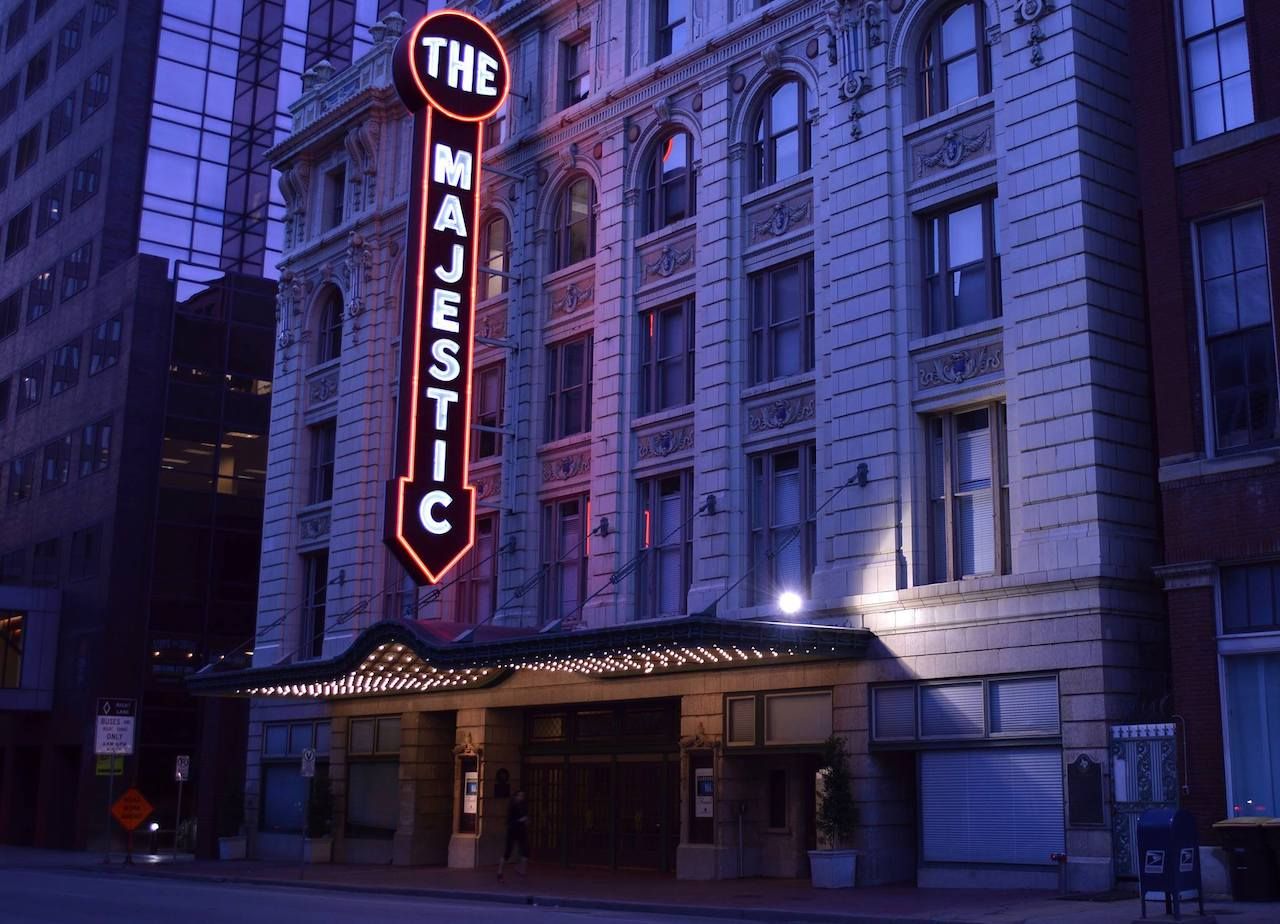 The Majestic — The nearly 100-year-old Majestic is the only surviving venue of Dallas’ old “theatre row” that used to stretch over several blocks downtown. From the famous red and white exterior sign to the interior adornments and architecture, the Majestic oozes history. It has hosted famous acts such as Houdini, John Wayne, Duke Ellington, and many more. Today, you can find a wide variety of entertainment including concerts from performers like the Beach Boys, comedians such as Chelsea Handler, fireside chats with famous actors like John Cusack, and even talks with Instagram influencers. Prices are affordable but vary greatly based on the event you’d like to attend. 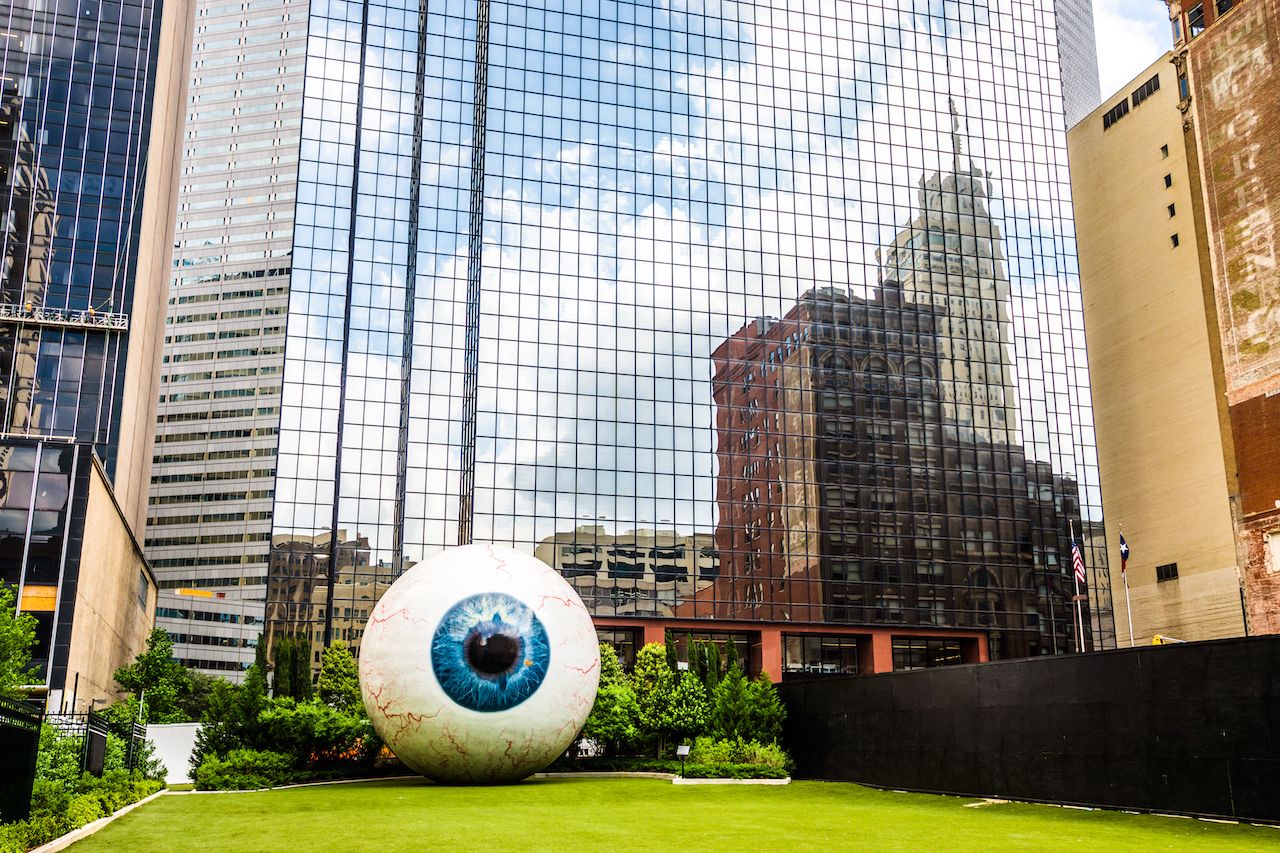 Dallas Giant Eyeball — If you take a stroll along Main Street in Downtown Dallas and get the sneaking suspicion that you’re being watched — you’re not wrong. Since the neighboring Joule Hotel installed the art piece in the summer of 2013, Dallas’ “Giant Eyeball” has been watching over its downtown residents and visitors while the city continues to transform around it. This 30-foot-tall sculpture created by multimedia artist Tony Tasset is a social media post waiting to happen. However, unlike some works of art, the eye is not symbolic of anything. Tasset insists the sculpture is simply “cool,” but ultimately meaningless. 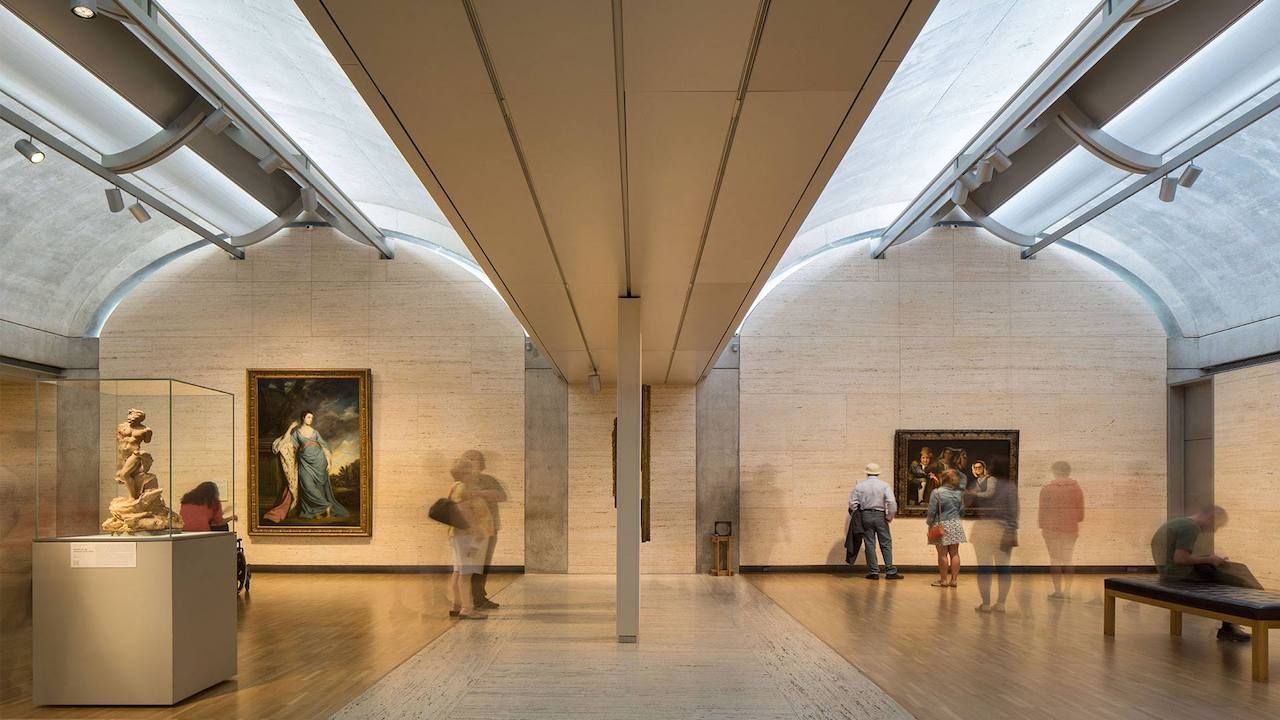 Kimbell Art Museum – The Kimbell Art Museum is Fort Worth’s equivalent of the DMA. And like the DMA, it’s impressive and the entrance is always free unless you plan to see special exhibits, which will run you about $15. Located off West Seventh Street, the Kimbell has works from some of history’s most-acclaimed artists, such as Monet and Picasso. It is even home to what is believed to be Michelangelo’s first known painting. Comprised of two buildings, the Kimbell is flooded with light and is considered a beautiful example for modern architecture. If you’d like to explore the art or architecture in more depth, the Kimbell does provide guided tours by appointment.

Stockyards Museum — The Stockyards are a part of Texas’ rich history, so if you’re going to pay them a visit, you might as well explore them with some background. Located right in the middle of the neighborhood, entry to the Stockyards Museum is only $2. Given the area’s namesake of “Cowtown,” you can expect to learn a great deal about the cattle market — aka “The Wall Street of the West.” In addition, you’ll see plenty of artifacts ranging from Western movies to the rodeo. For a deeper experience, try a guided walking or step-on tour, or take part in the Western Experience. 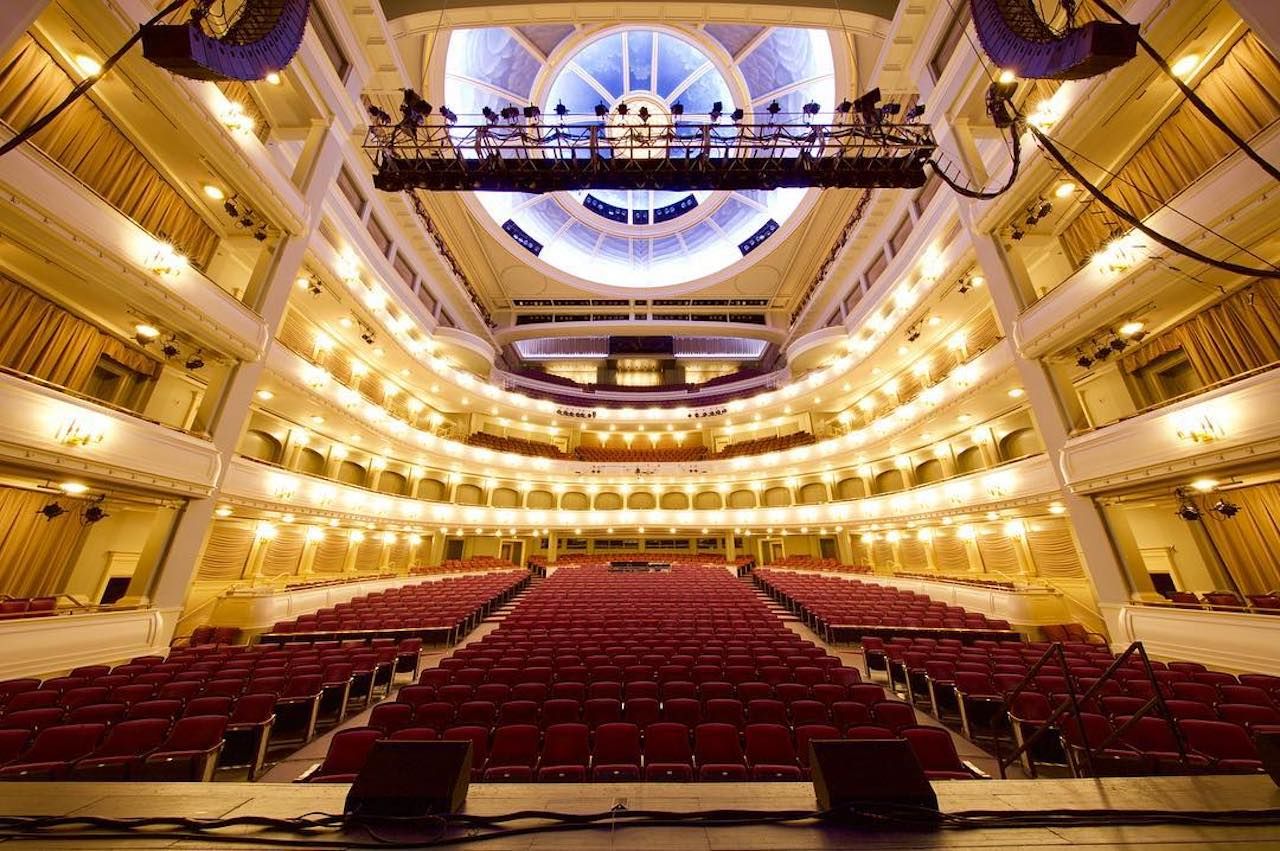 Bass Performance Hall — Just miles from the cattle drives of the stockyard is one of the world’s most-highly regarded opera houses. Bass Performance Hall is located Downtown, right off Sundance Square. The stunning venue is home to the Fort Worth Symphony Orchestra, Texas Ballet Theater, Fort Worth Opera, and the Van Cliburn International Piano Competition and Cliburn Concerts. It also hosts traveling Broadway at the Bass productions such as Hamilton, Phantom of the Opera, and other timeless musicals. Prices are affordable but vary greatly depending on the show you’d like to see.