While one could argue that every weekend in Dallas-Fort Worth is a party, there are certain events that bring the metroplex together and add some fuel to the fire. The most popular time to be out and about in DFW is during the nice weather of spring and fall, and that’s generally when the social scene burns the brightest as well. Big events range from those you may have already heard about such as the Texas State Fair and Fort Worth Rodeo to others that may be off your radar, like celebrating St. Patrick’s Day in Dallas. Here’s our comprehensive list of the top annual events not to miss in the city. 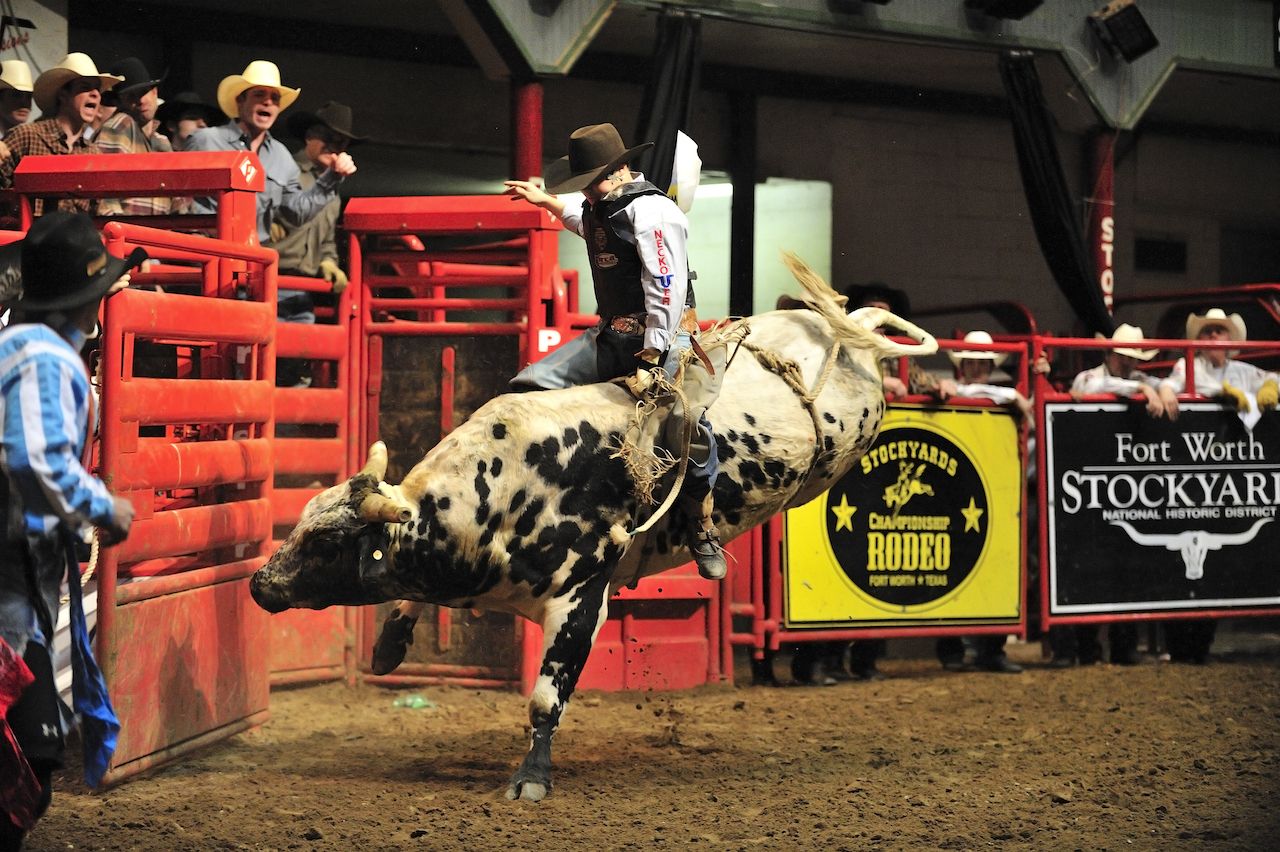 Fort Worth Stock Show and Rodeo — This is the classic Texas show you came to see. Taking place each year at the Will Rogers Memorial Center, the annual event is just a short drive from Fort Worth’s Seventh Street neighborhood. There are a variety of shows you can check out from horse to livestock, but the main attraction is the rodeo. Tickets to the rodeo will run you about $30 and get you access to the rest of the attractions. Inside, you’ll be able to see all the cowboy boots, hats, and buckles you’d expect as well as plenty of bucking bulls. Widely regarded as one of the best rodeos in all of Texas, it’s the oldest continuously running livestock show and rodeo. The multi-week event also features parades and cattle drives throughout Fort Worth.

When: Middle of January through early February

Dallas St. Patrick’s Day Parade & Festival — You’ve probably heard about the great St. Patrick’s Day celebrations in Ireland, New York City, Boston, and Chicago, but Dallas is home to the largest St. Patrick’s Day Party in the Southwest and one of the largest in the country. For over 40 years, Dallasites and visitors have flocked to the city’s famous Greenville Avenue decked out in green to celebrate the patron saint of Ireland. An estimated 125,000 people turn out each year to catch the parade floats, dancers, and bagpipers, and then head to the nearby all-day Greenville Block Party for some music and libations. Dallas’ largest celebration of the year was even once saved by famous billionaire, Shark Tank star and Dallas Mavericks owner Mark Cuban. The party starts early, with people out by 8:00 AM.

When: Second or third weekend of March 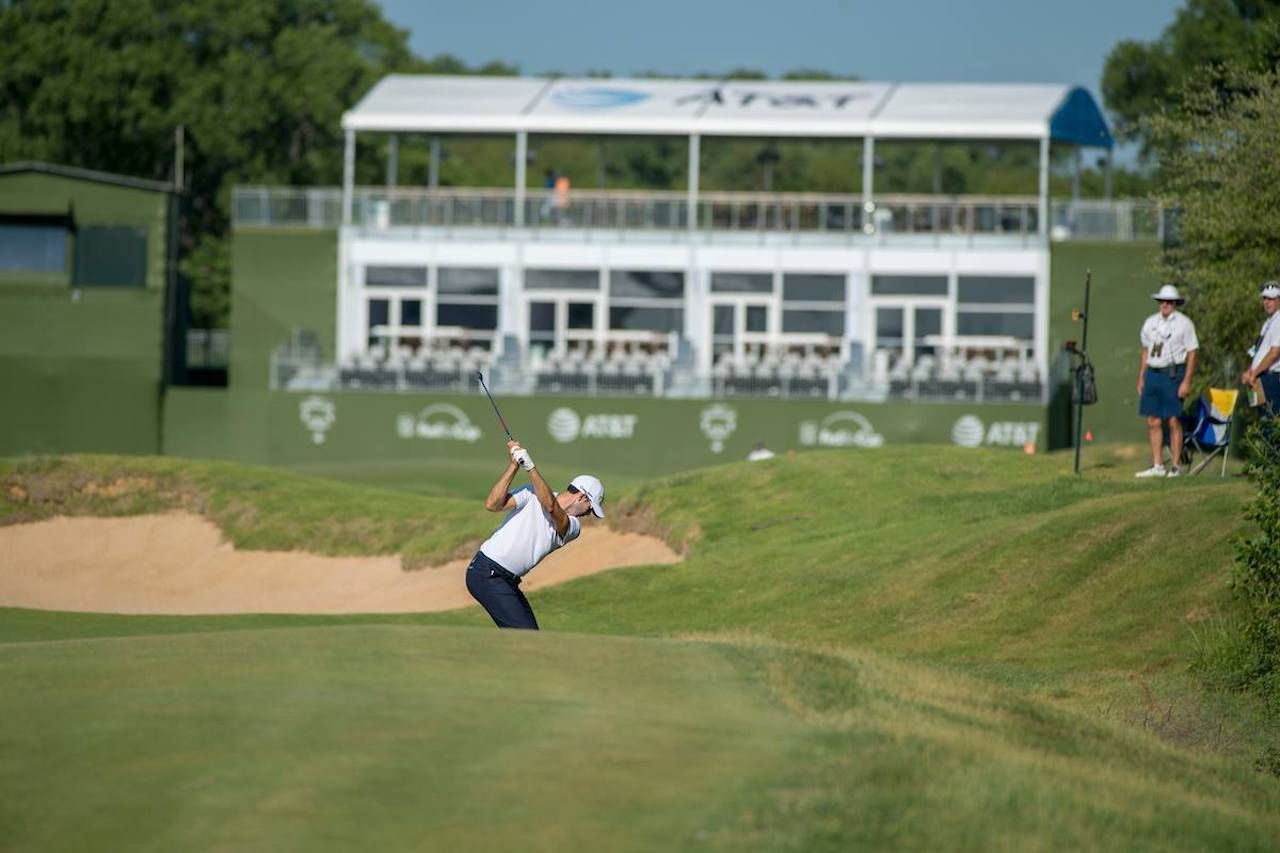 AT&T Byron Nelson Golf Tournament — For 50 years, the AT&T Byron Nelson golf tournament has played out across the links in DFW. Every May, the world’s best golfers fly in to vie for a chance to take home the AT&T Byron Nelson Trophy to the delight of tens of thousands of fans. Formerly, held at the TPC Four Seasons in Las Colinas, the tournament is now held at Trinity Groves in South Dallas. Dubbed as one of the “Top 5 Party Spots on the PGA Tour,” by Golf News Net, there is no shortage of fun at this tour stop. Played across 150 acres inside the largest urban forest in the US, guests can walk the links following their favorite player, or find a cooled-pavilion to grab drinks and take in the action.

When: Second weekend of May

Addison Oktoberfest — For more than 30 years, residents of the metroplex have flocked to Addison every September to get a taste of Munich. Conveniently located between Dallas and Fort Worth, this four-day event has a little something to meet everyone’s needs and is appropriate for adults and families alike. Priding itself on recreating an authentic German Oktoberfest experience, you’ll be sure to find plenty of homemade beer, pretzels, and meats. Each day is chalked full of entertainment, games, and contests ranging from yodeling to best beer belly. You’re allowed to bring your own stein, or you can grab a souvenir one on site. The Thursday and Sunday of the event are the least crowded and offer free entry. 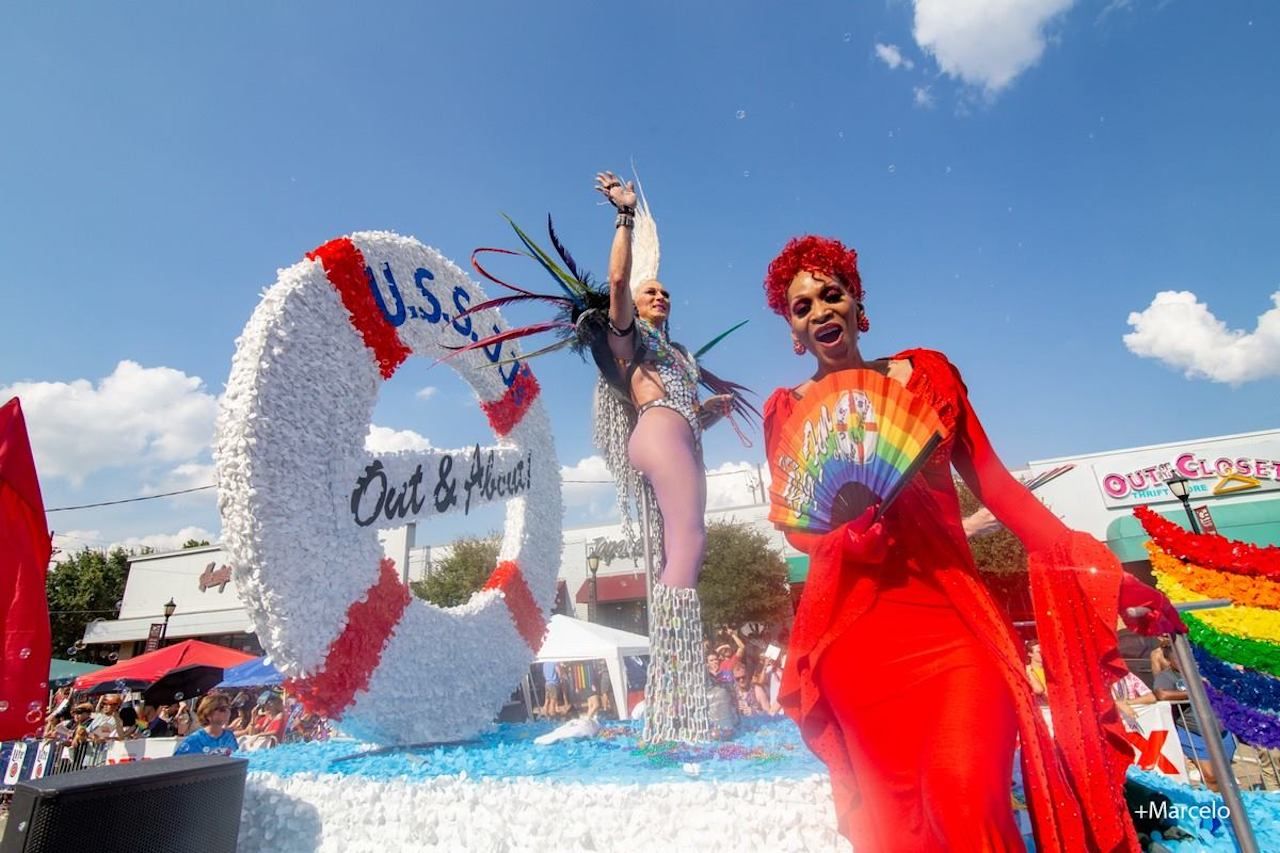 Dallas Pride — With the sixth-largest LGBTQ+ population in the nation, Dallas Pride brings out both DFW residents and visitors from nearby cities and states every year. In fact, the celebration has grown so large that it now has a new home at Fair Park near Downtown. The event includes both a music festival with top performers and a jam-packed parade that turns into a full day party.

When: First weekend in June

AT&T Red River Showdown — The Red River Showdown is unanimously recognized as a top five rivalry in all of college football. Since 1929, the Texas Longhorns and Oklahoma Sooners have gone head-to-head at the Cotton Bowl in Dallas for a chance to take home none other than a gold 10-gallon cowboy hat trophy. For extra flair, the game annually takes place during the state fair on fairgrounds giving it one of the best atmospheres in all of college sports. If you can attend, make sure you wear neutral colors or sport some burnt orange or crimson and sit in the right half of the stadium. 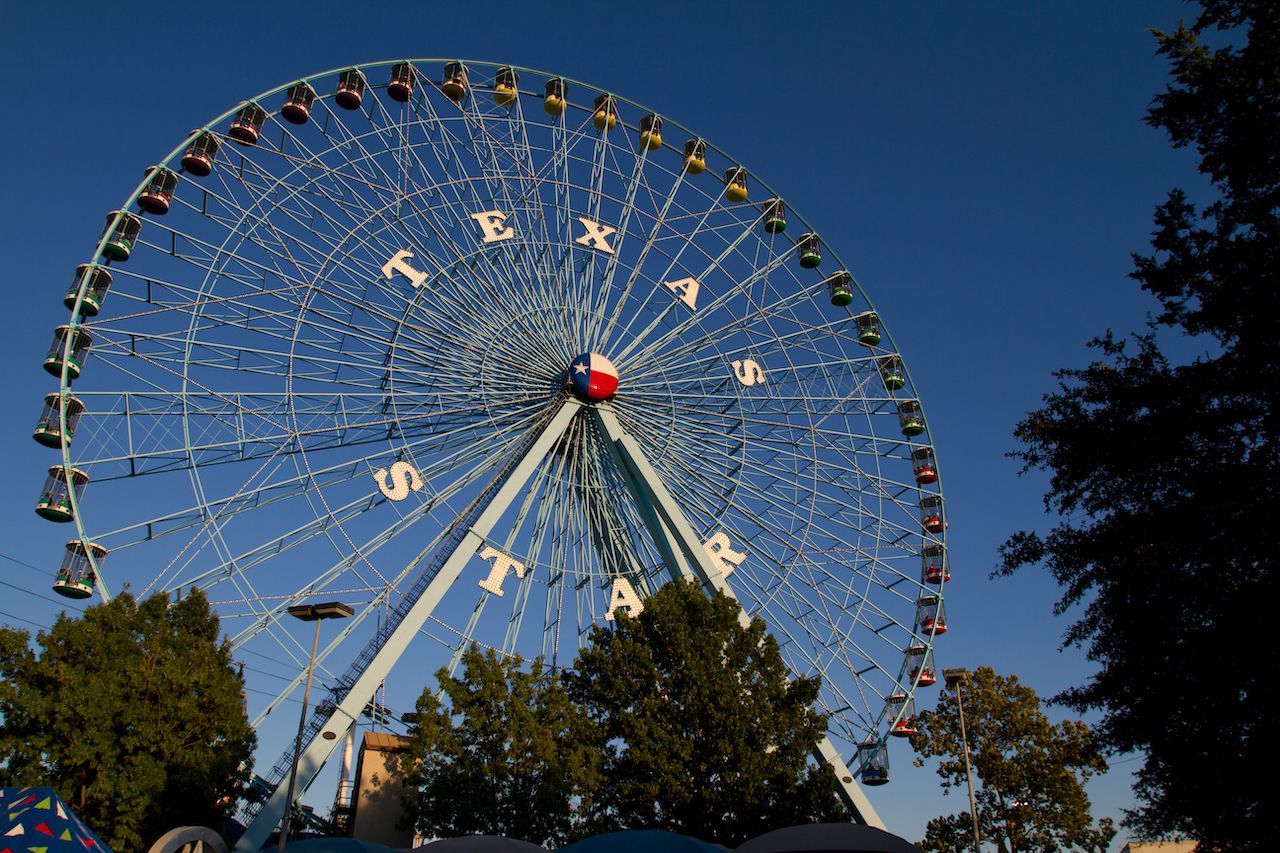 State Fair of Texas — The State Fair of Texas started in 1886 at the same exact 277-acre site where it still stands today, making it the longest running state fair in the country. And it’s not hard to miss thanks to the giant 55-foot-tall statue of “Big Tex” greeting you when you enter. The fair runs for 24 days, which means there is plenty of time to hit all the rides, see live shows, and try the creative fried foods. The mainstay since 1942 has been Fletcher’s Famous Corny Dogs, but in recent years the fried foods have expanded to fried Jell-O, fried beer, cotton candy tacos, and more. Many famous performers and guests have graced the fairgrounds over the years ranging from US presidents to the king himself, Elvis Presley. Although the fair is nonprofit, general admission is $18 which goes to cover basic costs.

When: Late September through the end middle of October

Dallas Cowboys Thanksgiving Day Game — What better way to celebrate one of America’s biggest holidays than watching “America’s Team” — the Dallas Cowboys. The Cowboys, who have hosted a turkey day game since 1966, are one of two NFL teams to annually host a Thanksgiving Day game. While their opponent varies each year, the spectacle at AT&T Stadium does not. Located in Irving, which is halfway between Fort Worth and Dallas, AT&T Stadium is a crown jewel of the metroplex and one of the largest and most-advanced stadiums in the world. If the team or the stadium weren’t reason enough to buy a ticket, maybe the halftime performance will do the trick. In recent years, acts such as Beyoncé, Carrie Underwood, Kelly Clarkson, Pitbull, and Selena Gomez have all performed to the delight of the crowd. 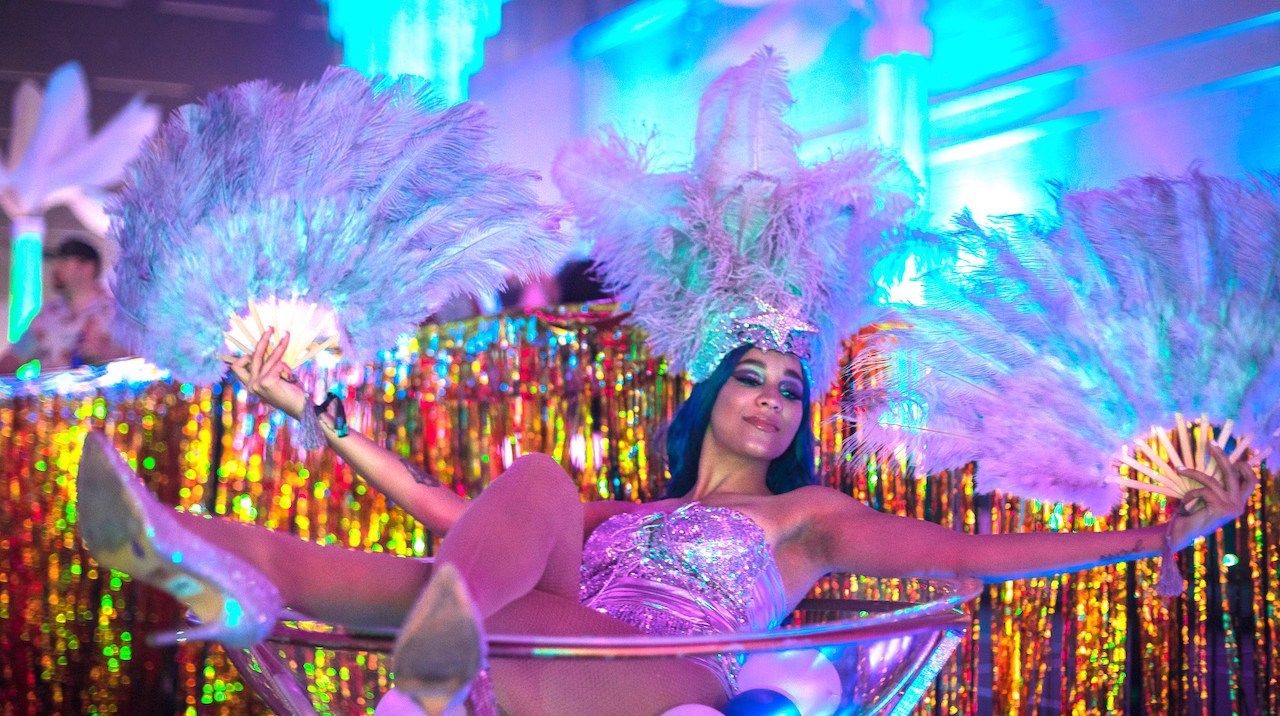 Lights All Night — Ring in the New Year with some ringing in your ears. Lights All Night is the top electronic music festival of the year in DFW. Each year the event packs the house by bringing in big name, mainstream DJs like Zedd, Deadmau5, Above & Beyond, and Bassnectar. Those seeking a refreshing break from the overpriced New Year’s Eve bar scene can flood into Dallas Market Hall to rave the night away with friends and strangers. The visually pleasing venue is filled with neon, disco balls, and of course, lights all night.