In the 1980s the TV show Dallas shined a national spotlight on the city and the Lonestar State, painting a picture of cowboys and oil barons. And while this reality was partially true several decades ago, it’s certainly no longer the reality of what life is like in DFW today. Dallas, and neighboring Fort Worth, now make up a booming modern metropolis comprised of massive suburbs and many bustling, hip neighborhoods. Each neighborhood possesses something that makes it truly Texan, yet they also each carry an unique atmosphere. So whether you want to experience the Dallas-Fort Worth portrayed on TV and in old Western movies or have fun in a trendy city, there’s a DFW neighborhood for that. 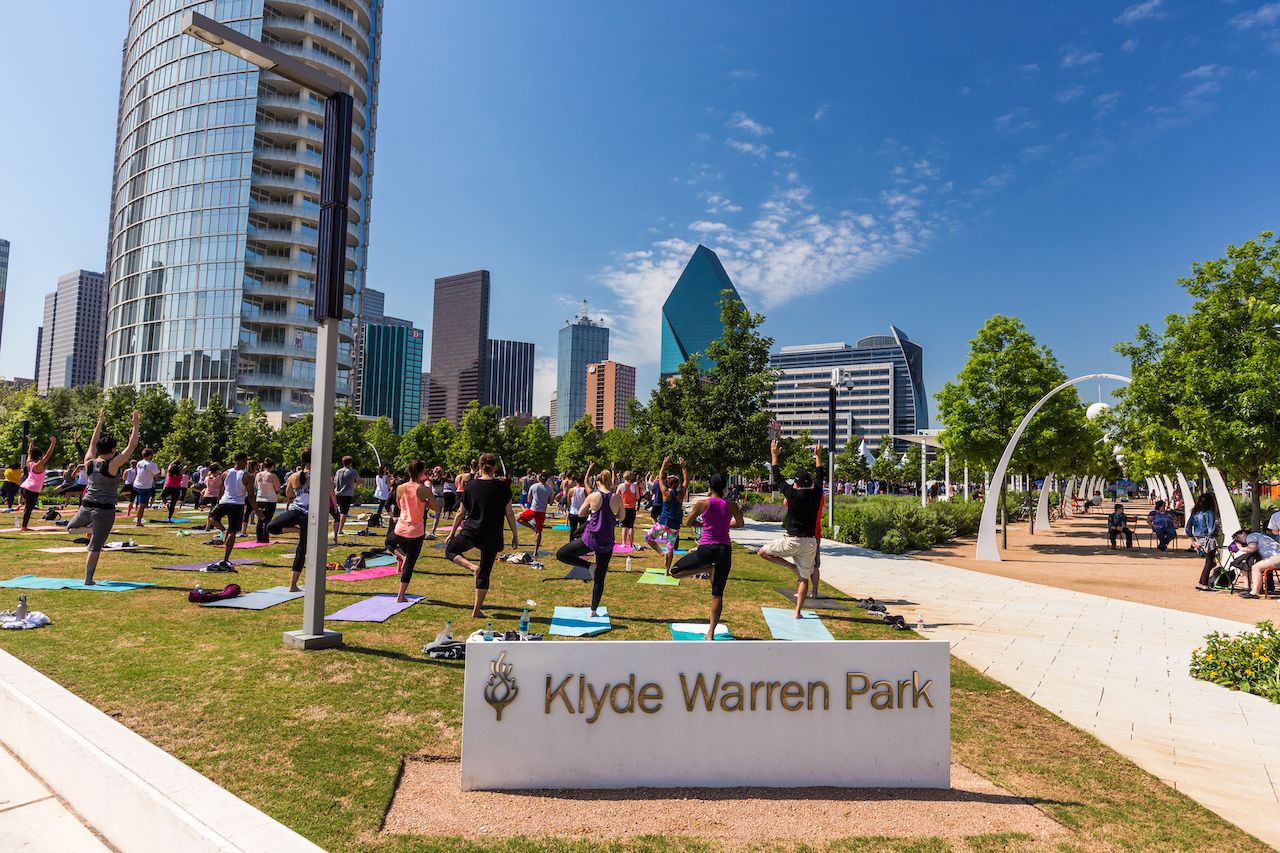 Uptown — If you’re looking to point to one neighborhood that made Dallas “cool again” then it’s Uptown. This section of the city has boomed over the last decade and half to the point where the skyline between Downtown and Uptown now blends seamlessly, with Klyde Warren Park situated ideally in between the two. Uptown has top-end restaurants, bars, and shops all connected by McKinney Avenue and the Katy Trail. This neighborhood is a large and bustling one, but if you’re looking to sneak away from the action and go a little off the beaten path in Uptown, check out the beautiful, landmark district of State Thomas. 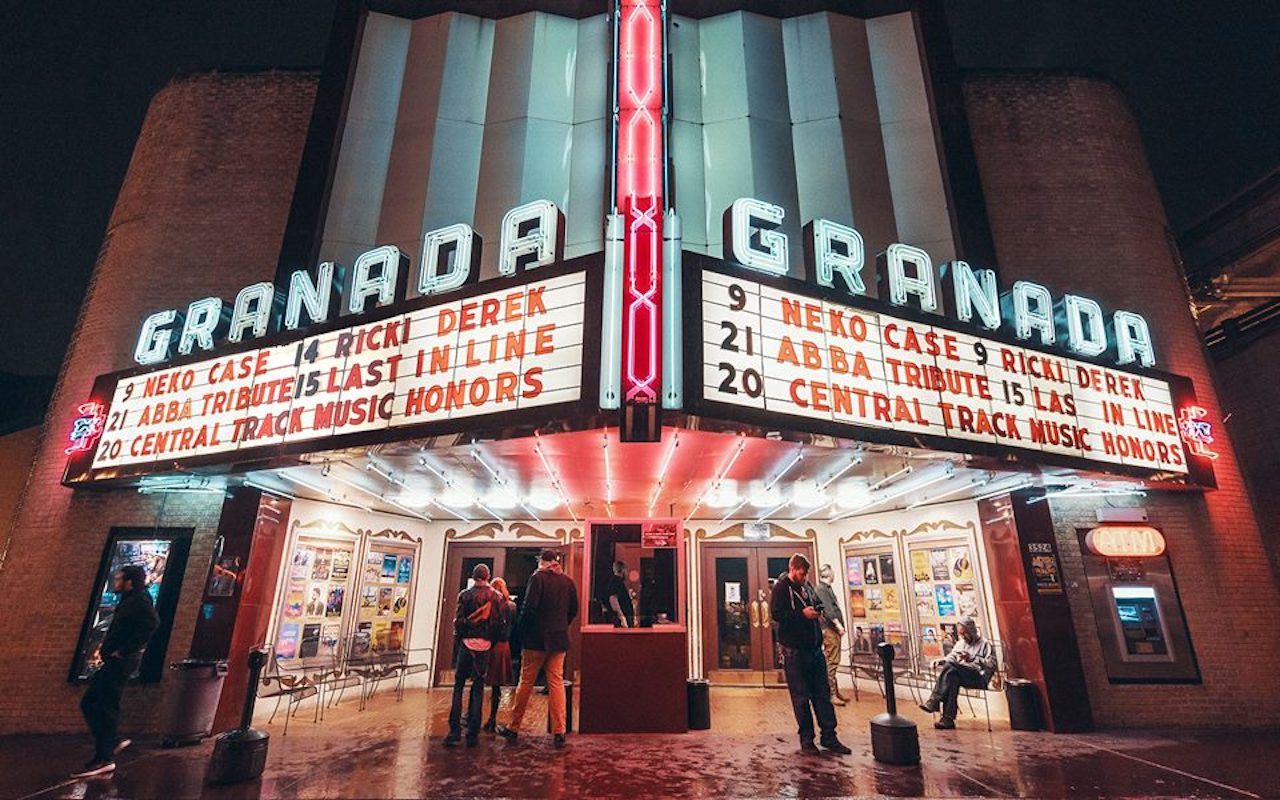 Lower Greenville — This 1.5-mile stretch of Greenville Avenue has been going strong since the 1980s, but like much of Dallas, it has been recently revitalized for the better in a major way. Located just a couple of miles northeast of Downtown, Lower Greenville looks like the main drag of a college town. The preserved buildings maintain the same look and feel they held 70 years ago, but inside them are lively restaurants and bars. Quirky shops, ice cream parlors, and chocolatiers blend with plenty of outdoor drinking places giving the neighborhood a nice buzz with plenty of foot traffic. The Granada Theater has been operating since 1946 and is a great low-key venue for those nostalgic for the college music venue vibe. 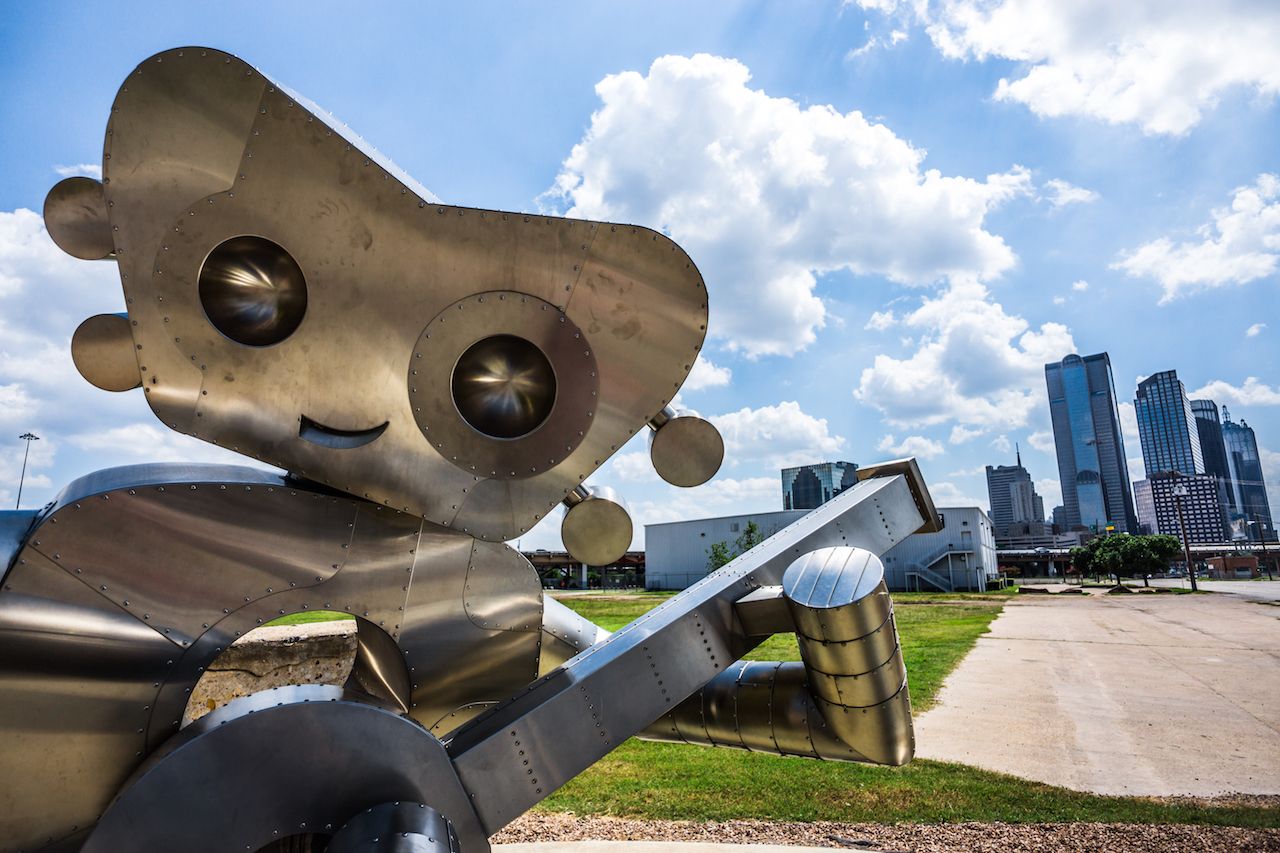 Deep Ellum — Without a doubt, Deep Ellum is currently home to the hottest scene in DFW. Bordering Downtown’s southeast side, this neighborhood was left for dead 10 years ago; however, over the last five years, Deep Ellum has blossomed. The food, microbrewery, and shopping have taken off, and the bar and live music scenes have turned this area into the youngest, hippest, liveliest spot in North Texas. Music ranges from small intimate jazz venues, like The Free Man, to the massive Bomb Factory featuring headline acts such as Bon Iver, Future, Jason Bonham’s Led Zeppelin, Ludacris, and more. If you’re looking for late-night food like pizza, tacos, or even doughnuts, this is your spot.

Knox-Henderson — A straight shot on US-75 north of Downtown, Knox-Henderson is one neighborhood with two personalities. On the west of 75 is the Knox district, a family friendly area with plenty of high-end shopping boutiques, classy and tasty restaurants, and the north end of the Katy Trail. The party-hard Henderson side has a younger, hipper vibe full of bars and dance clubs. Together, Knox-Henderson offers an atmosphere that is difficult to find anywhere else in the city. If you’re looking for an authentic, local Dallas experience in the area then head to Louie’s. Since 1987, Louie’s has been given off dive bar vibes while serving some of the city’s best pizzas. 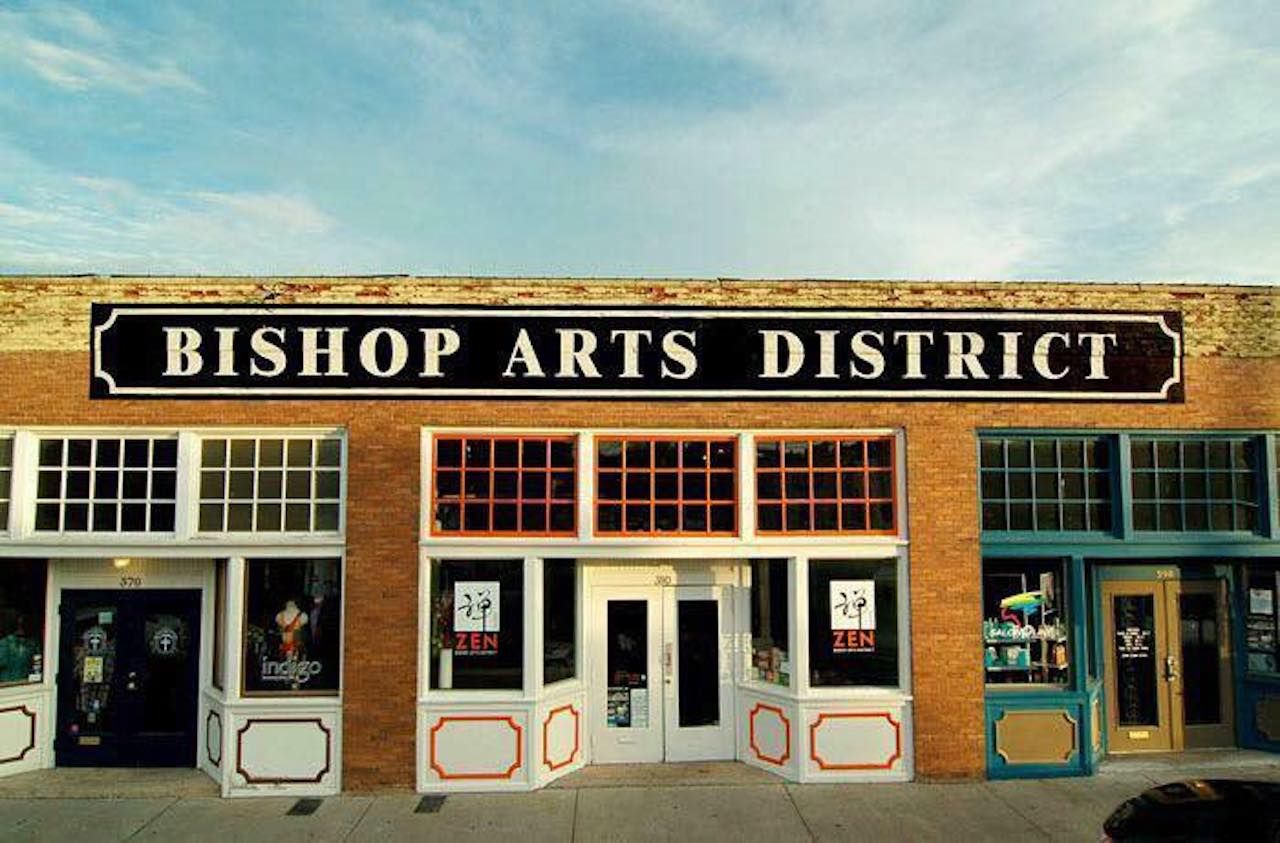 South Dallas (Bishop Arts/Trinity Groves) — For years, South Dallas was at the bottom of any visitor’s list of destinations. This is far from the case now. Bishop Arts District is the most unique of all the neighborhoods in Dallas. With independent boutiques, restaurants, bars, and art galleries, walking through this neighborhood feels as though you’ve been transported to the main street of a small, charming southern town. If you head just one mile west, you’ll find yourself in Trinity Groves. Trinity Groves has sweeping views of the downtown skyline from across the Trinity River, as well as an eclectic mix of restaurants with every kind of cuisine. 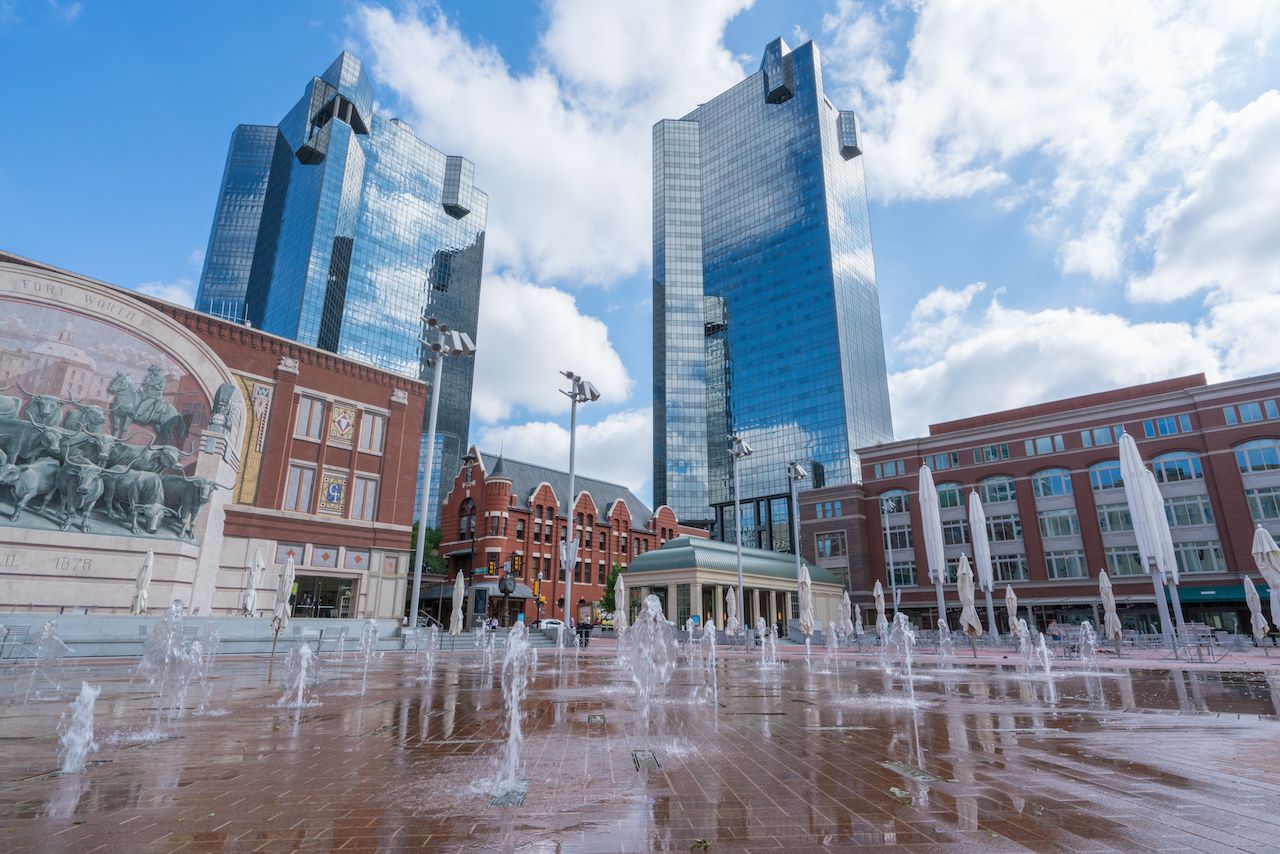 Downtown — While the skyline is not quite as iconic as that of Dallas, Downtown Fort Worth is the superior of the two. Its pedestrian-friendly, grid layout is filled with charming restaurants and shops. The best part of the area is Sundance Square. This popular gathering spot in the middle of Downtown has plenty to see and do including picturesque angles and backdrops for your Instagram feed. 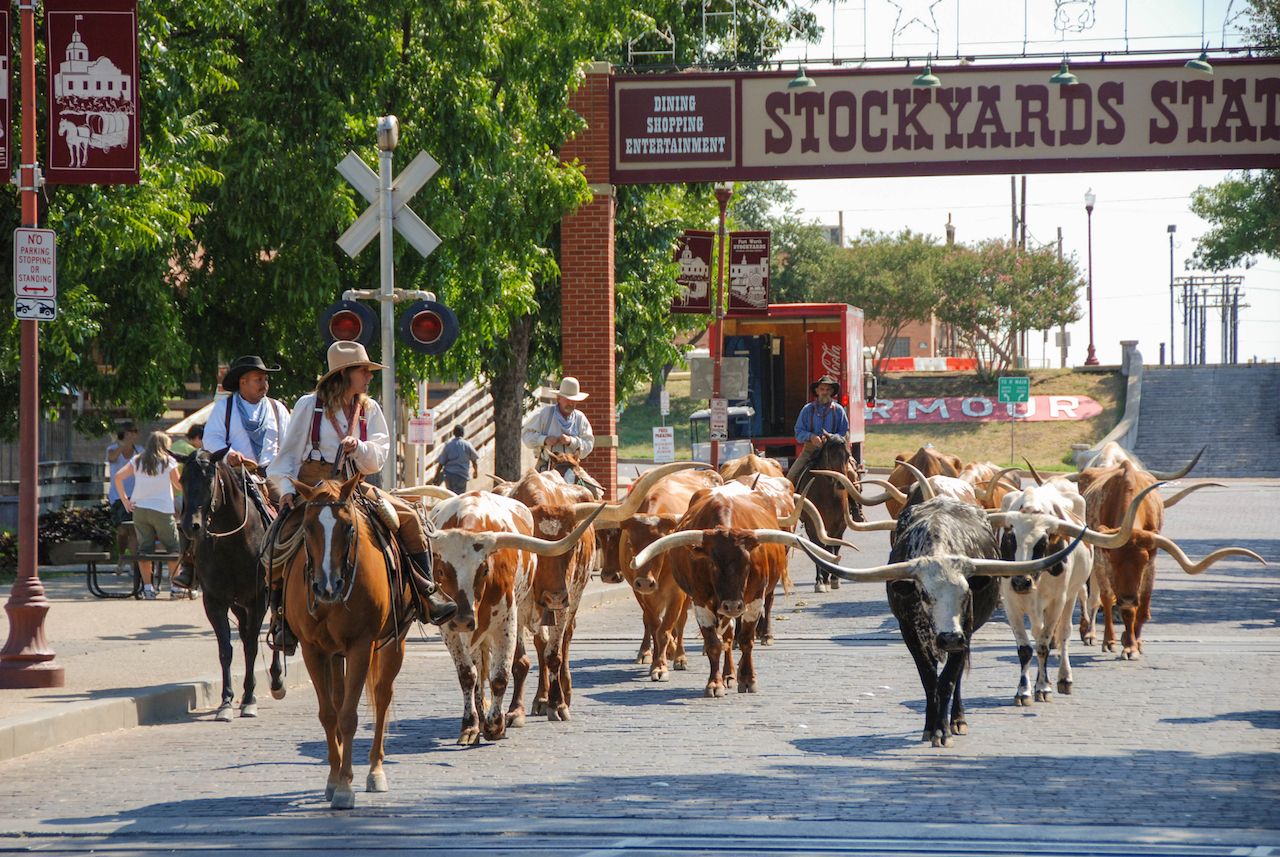 Stockyards — The Stockyards are what keep Fort Worth’s “Cowtown” nickname and legacy alive and well in the 21st century. You’ll see plenty of 10-gallon hats, big belt buckles, and cowboy boots walking these dirt and brick roads. Surrounded by old-timey saloons and even some longhorns roaming, you’re basically going back in time. From two-stepping to rodeos, the Stockyards neighborhood offers a unique Texas experience.