Phoenix’s nightlife is better than ever. A number of new nightclubs, lounges, and other late-night attractions have opened in the past decade, joining old favorites. The city offers something for every taste, from sophisticated cocktail dens to quirky local pubs, bars inspired by literature and nerd-culture to live music venues and breweries. To put it simply: There’s no shortage of places to grab a drink. These are the best bars and nightlife in Phoenix. 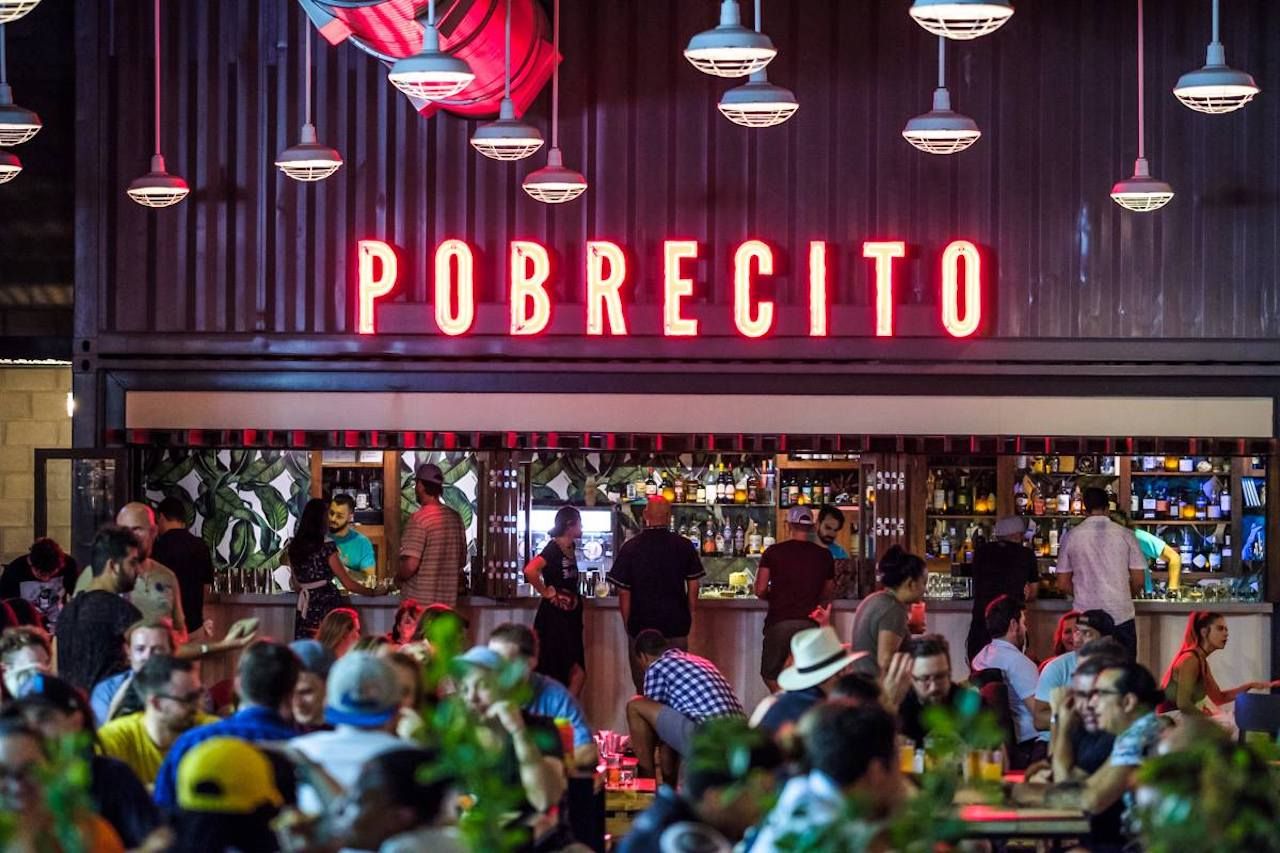 The Churchill — Built entirely from repurposed shipping containers, The Churchill features 10 small local restaurants, bars, and shops in the center of Phoenix. It includes an open-air courtyard and second-story viewing deck. It’s family-friendly during the day — featuring pizza, sandwiches, Mexican dishes, and healthy smoothies — but after 10:00 PM the place is open only for the 21 and older crowd. Late-night guests can enjoy a variety of drinks, like craft cocktails at Pobrecito, wine at Sauvage, and regional craft beers at The Brill Line. The perfect option for an indecisive group with varied tastes.

The Clever Koi — A craft cocktail bar and restaurant all in one. The bar has an exciting variety of beer, wine, and sake, but it’s worth a visit just for the cocktail menu. There are all of the classics you know and love along with originals like the Summer Nights, which is made with mezcal, Madeira, aquafaba, and jalapeño pineapple gum syrup. The open kitchen serves dishes inspired by cuisines from Thailand, Korea, China, and Japan. Make time for the daily happy hour that runs from 11:00 AM to 6:00 PM and features $9 cocktails, $1 off craft beer, and $2 off wine by the glass. There’s also another location in Downtown Gilbert.

Arizona Wilderness Brewing Company — The downtown location of a beloved Arizona craft brewery where you’ll find a variety of high-quality beers inspired by Arizona’s natural environment. The tap list covers a range of styles from traditional lagers to IPAs to Berliner Weisse fermented in a foeder. Here, you can drink in the large outdoor beer garden where there’s a fire pit, music, and a restaurant serving burgers and other classics. 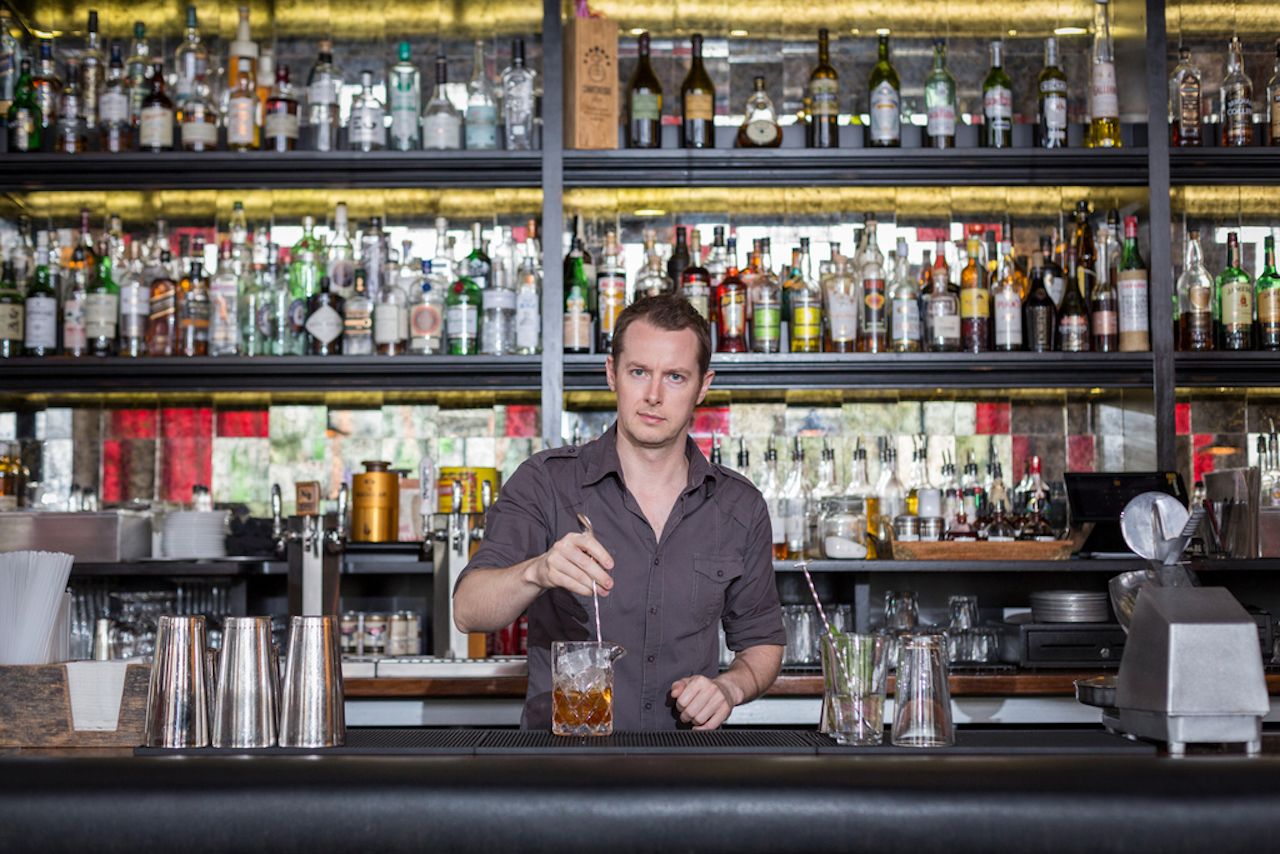 Bitter & Twisted — A bar with an award-winning cocktail program in a building that dates back to 1924, Bitter & Twisted is housed, ironically, in the former Prohibition Headquarters on the ground floor of the historic Luhr building. Comprehensive and creative, the menu has a selection of new and classic cocktails with a focus on fresh juices and spirits from around the world. Craft beer and wine fill out the rest of the menu, along with a regular food menu of upscale bar food from 4:00 to 11:00 PM and a late-night food menu from 11:00 PM to 1:30 AM. Make a reservation or be prepared to wait.

Valley Bar — A mix of cocktails, games, and music in a downtown building from 1949. Valley Bar is split into the Rose Room, the Music Hall, and the Game Room. The Rose Room, honoring Arizona’s first female governor Rose Mofford, features a drink menu with cocktails named after famous (and infamous) Arizona politicians, as well as wine and local craft beer. Entertain yourself in the Game Room with billiards, pinball, and skee ball. If a show is what you’re looking for, check the calendar to see who’s playing in the 250-person capacity Music Hall, which hosts concerts, comedy, film, and spoken word shows. 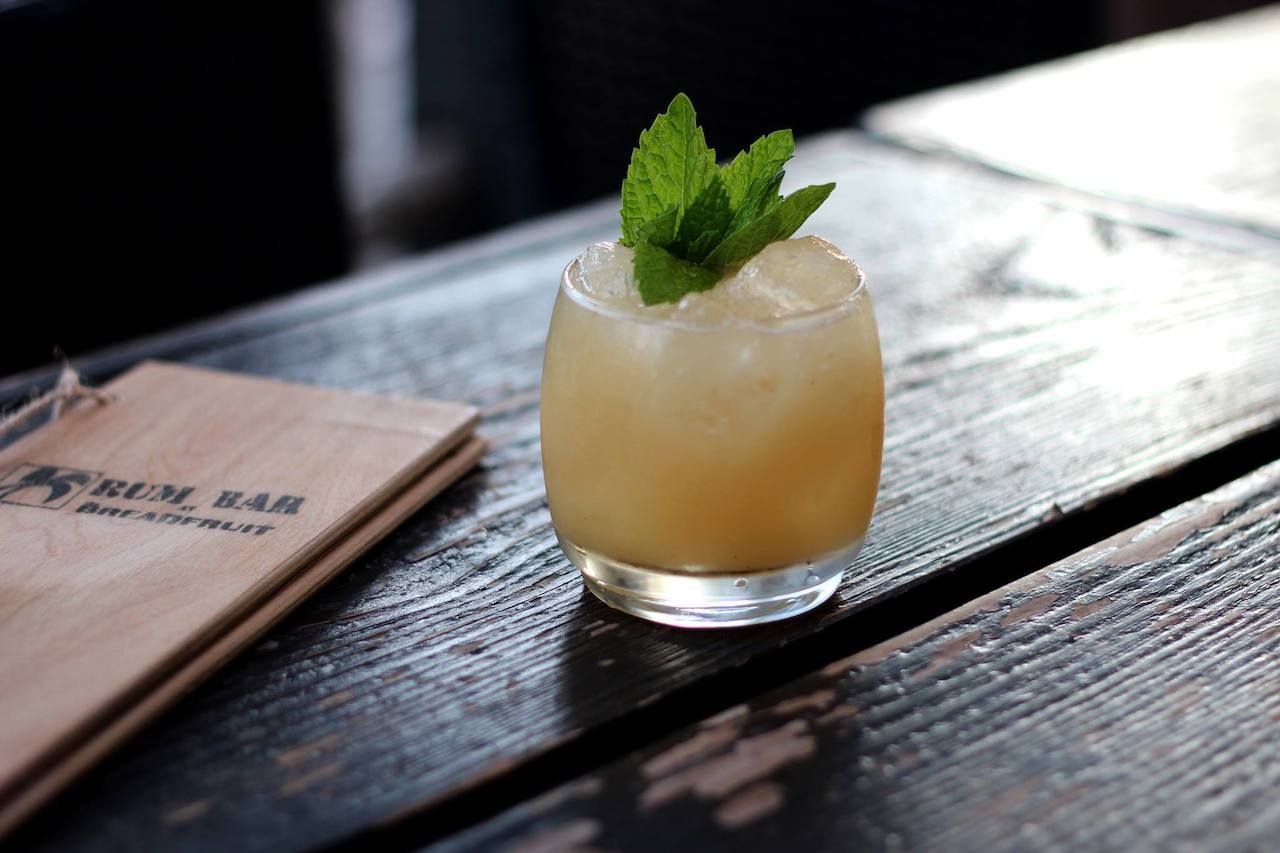 Rum Bar — Attached to the popular Breadfruit restaurant, the Rum Bar focuses exclusively on rum with premium options from Jamaica, Barbados, Martinique, and more. The cocktail menu showcases signature originals alongside classics like the Hemingway Daiquiri and the Mojito. There’s a lush garden where guests can honor the traditional pairing of rum and a cigar.

The Nash — Named after the legendary Phoenix jazz drummer Lewis Nash, The Nash is a live music venue dedicated exclusively to jazz. The intimate performance space hosts regular evening performances of everything from swing to experimental avant-garde jazz performances. Though they don’t serve drinks, there’s a bring your own beer (or wine) policy, so guests can listen to their favorite music while sipping their own drink. 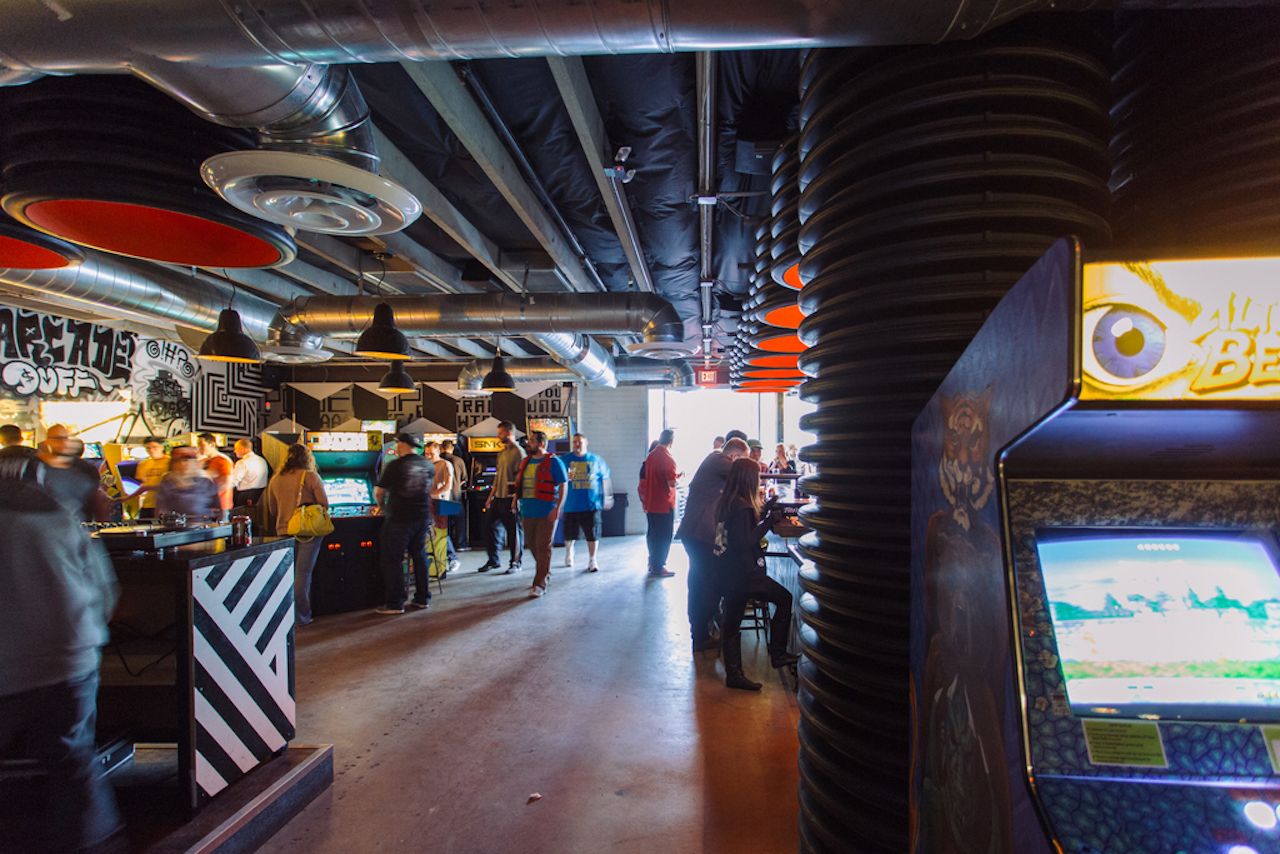 Cobra Arcade Bar — Featuring a huge selection of arcade games, Cobra Arcade Bar is one of the best of its kind in the US. The walls are graffiti-filled, and neon orange drainage pipes hang from the ceiling, making guests feel like they stepped right into a game. The drink menu also reflects the theme with beer and signature cocktails like the Krazy Kong, Bandita, and Game Over.

Seamus McCaffrey Irish Pub — Famous for having the largest selection of Irish whiskey and Scotch in Phoenix, Seamus McCaffrey’s is a cozy tavern that celebrates its roots with Irish décor, food, drinks, and live music. Inside, it’s easy to feel like you landed in Ireland thanks to dark wood booths, Emerald Isle memorabilia, and live Irish music. Don’t forget the Guinness and Irish whiskey — whether neat or in a specialty cocktail. 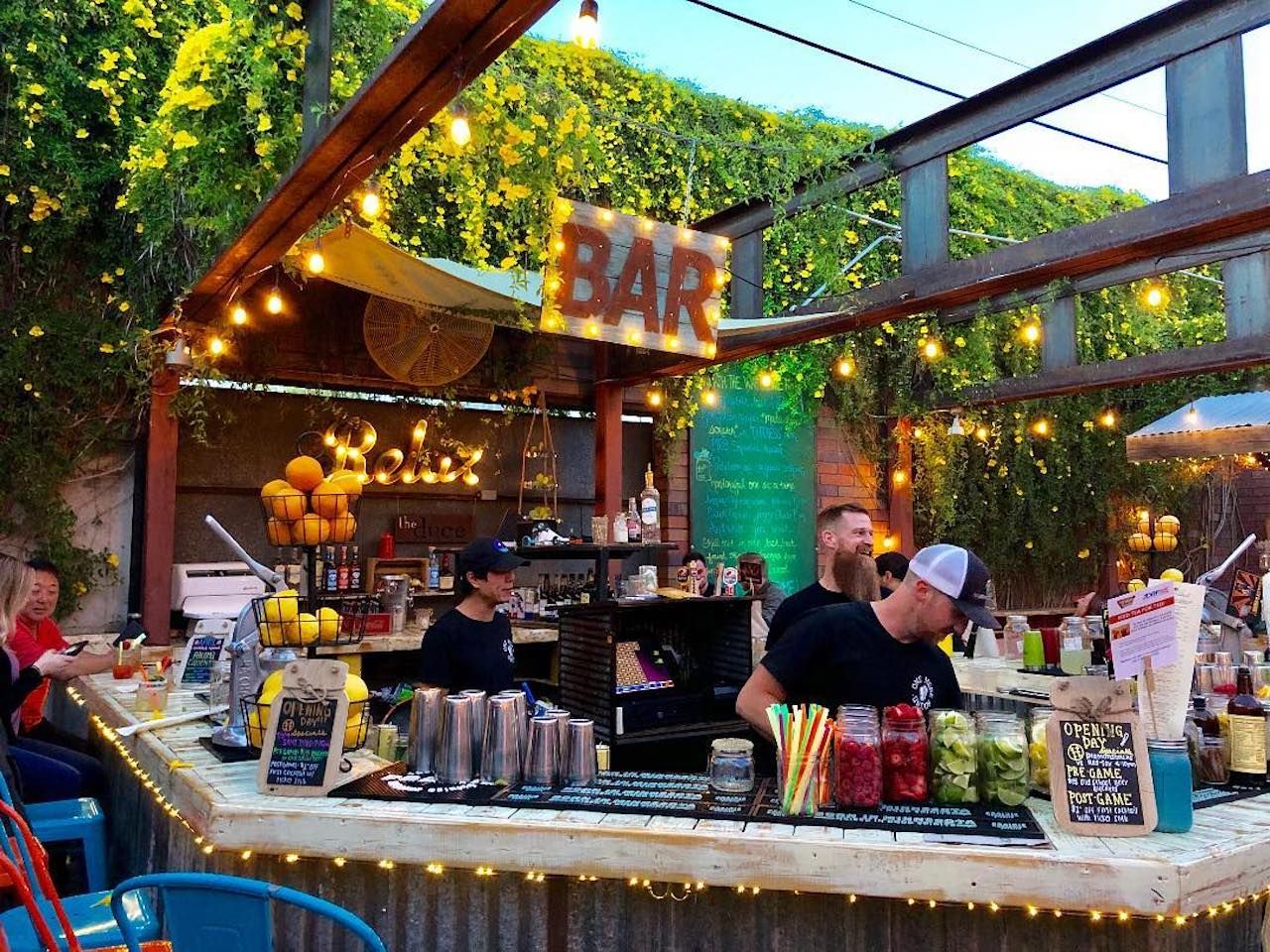 The Duce — Housed in a warehouse building from 1928, The Duce is a large bar with an outdoor patio, boxing ring, clothing boutique, restaurant, soda fountain, set of high school bleachers, and games like foosball and ping pong. The cocktail menu focuses on takes on classics like the Brown Derby, Brandy Alexander, and Harvey Wallbanger. Order the margarita and sit on the patio — both are some of the best in town. 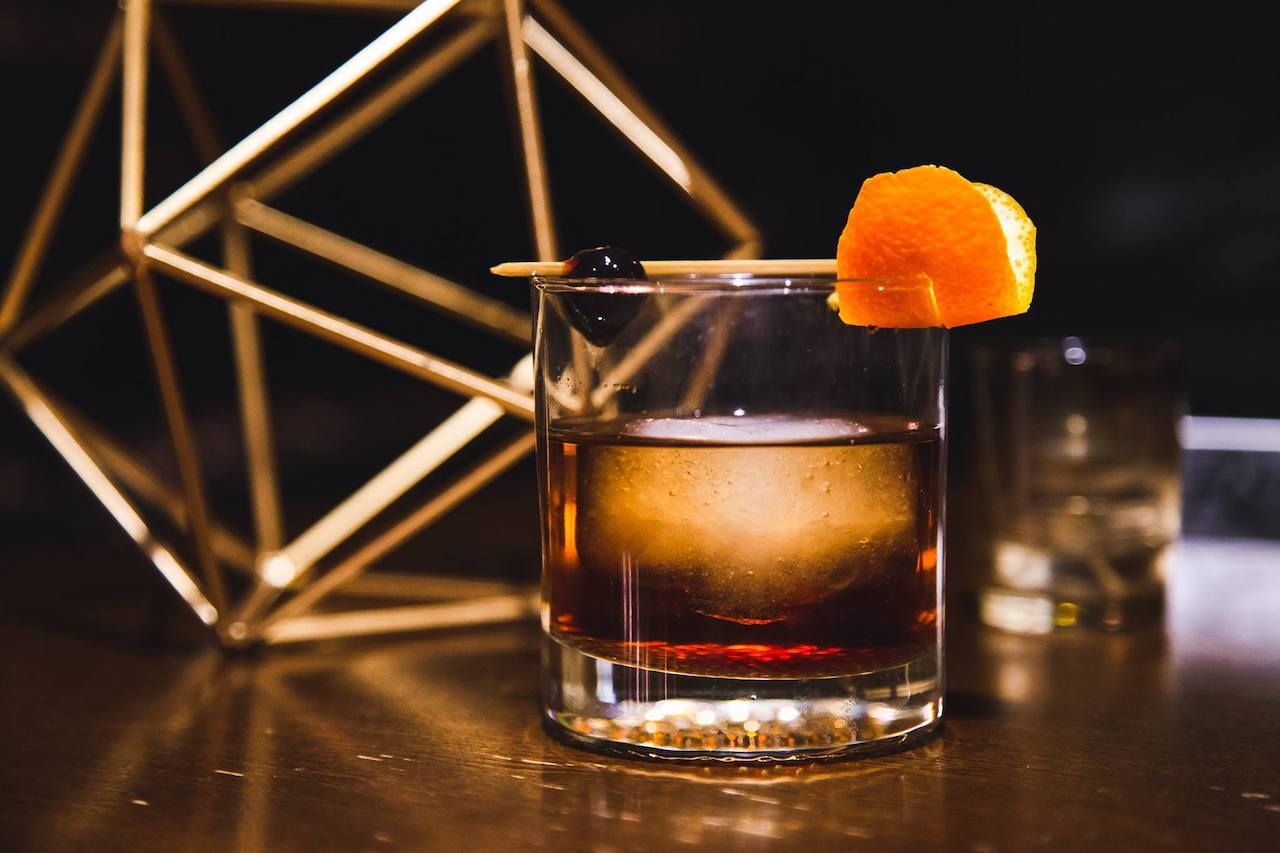 Honor Amongst Thieves — Enter by taking the back stairs from Stock & Stable restaurant to reach the dark, 1950s-themed lounge. The menu features signature cocktails like the mezcal-based Still Smokin’ and tequila-based Toasty Burro along with wine and beer. 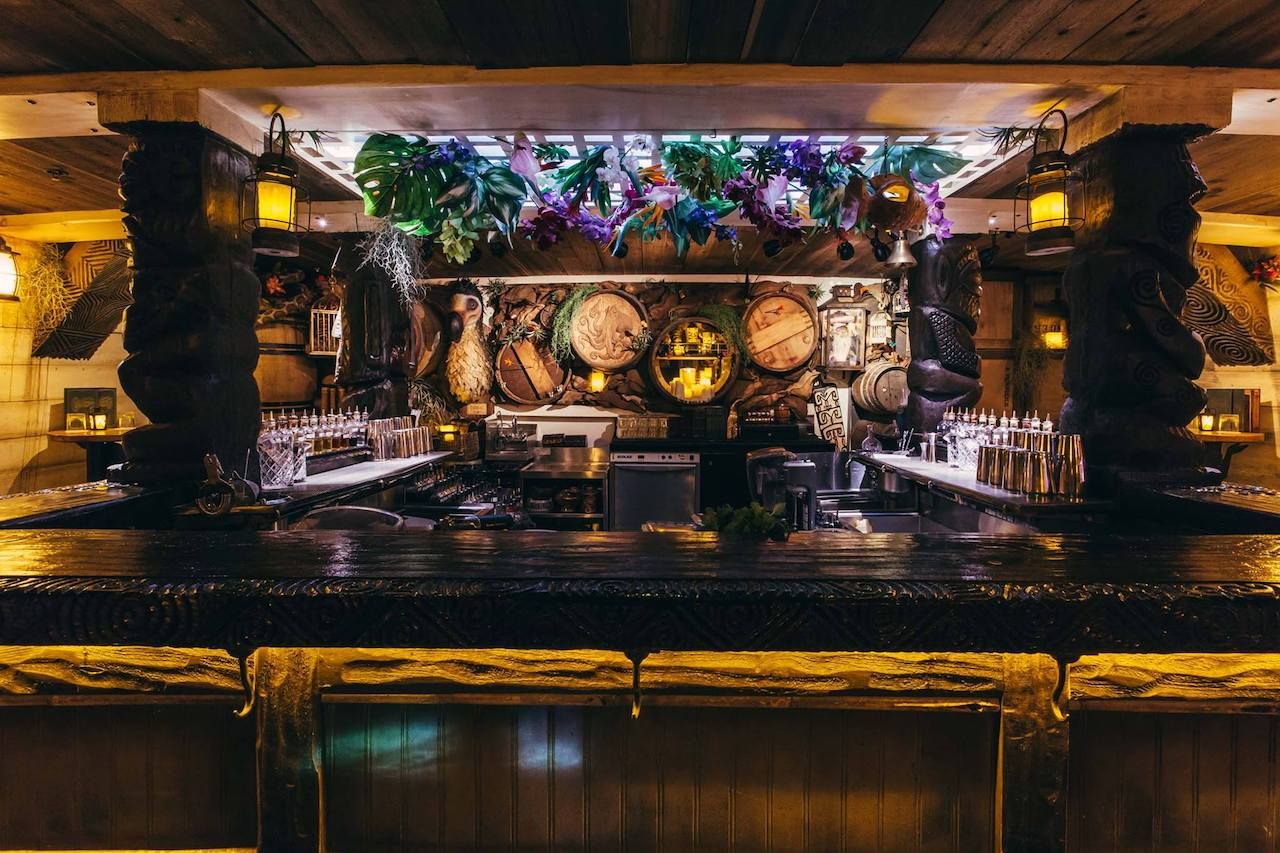 UnderTow — Enter Sip Coffee and Beer and descend the palm-frond-covered stairs to get to the best tiki bar in Phoenix. The bar is decked out like the cargo hold of an old ship with video “windows” that play sailing sequences that match the changing light and sound in the bar. Don’t be surprised when a calm sunset quickly transitions to storms and battle scenes. While the environment is fun, the real draw is the cocktail menu. It’s extensive and regularly changes, and the menu is laid out like a storybook with drinks. Don’t be afraid to ask for help from the extremely knowledgeable bartenders who can guide you to something you like based on the flavors you enjoy. The space is small, so make reservations or expect to wait. 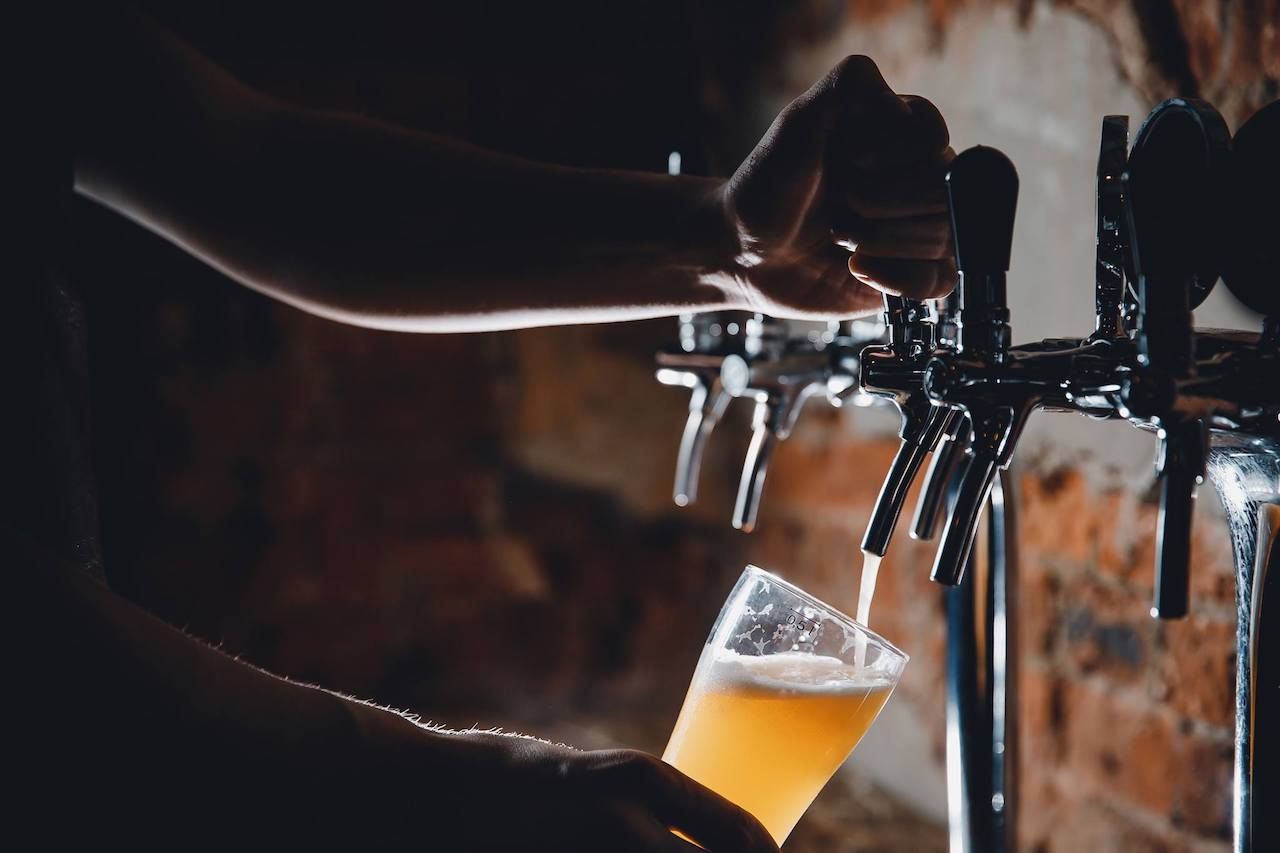 The Little Woody — Named after its mascot, a little wooden owl, Little Woody is a popular underground bar that’s hidden except for the neon red owl sign. Wood paneling, log-cabin wallpaper, a vintage shuffleboard game, darts, skee ball, and foosball create a casual and nostalgic atmosphere. Signature cocktails like the Rhubarb Rye Old Fashioned, an impressive whiskey collection, and custom whiskey flights will leave you satisfied when it comes to drinks.

JT’s Bar & Grill — JT’s Bar & Grill is a hole-in-the-wall neighborhood bar that’s famous for having the best wings in town. There’s classic rock and country on the jukebox, Christmas lights on the ceiling, and Oklahoma State paraphernalia everywhere. The uncomplicated drink menu consists mostly of beer and wine. Come here for the classic combination of wings and beer. 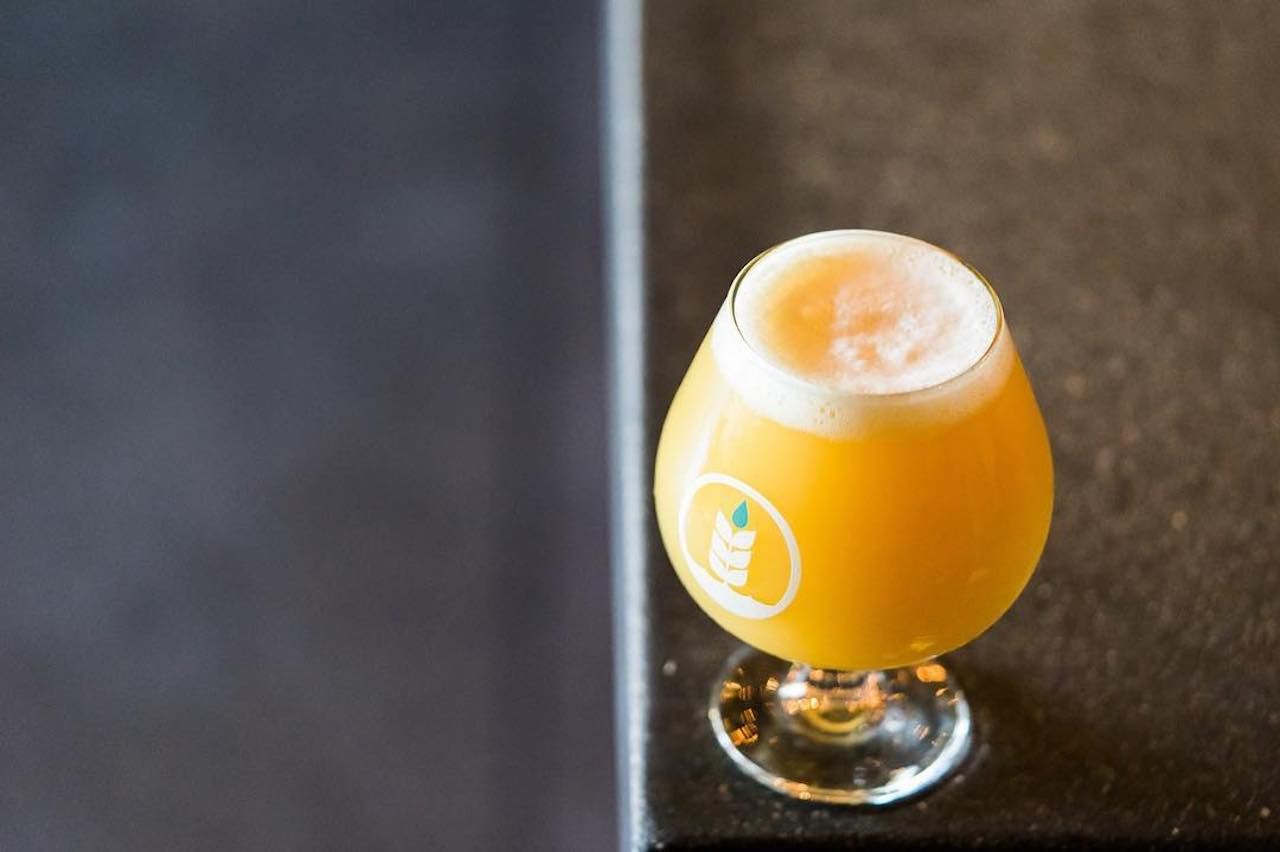 The Wandering Tortoise — A 22-tap craft beer bar that has some of the best and rarest drinks from top Arizona breweries like Arizona Wilderness, Wren House, and Pueblo Vida. A selection of some of the best breweries outside of Arizona are available on draft and in cans, as well. Bottles are also available to go. Guests won’t go hungry here, either, thanks to traditional bar food along with vegetarian and healthy choices. 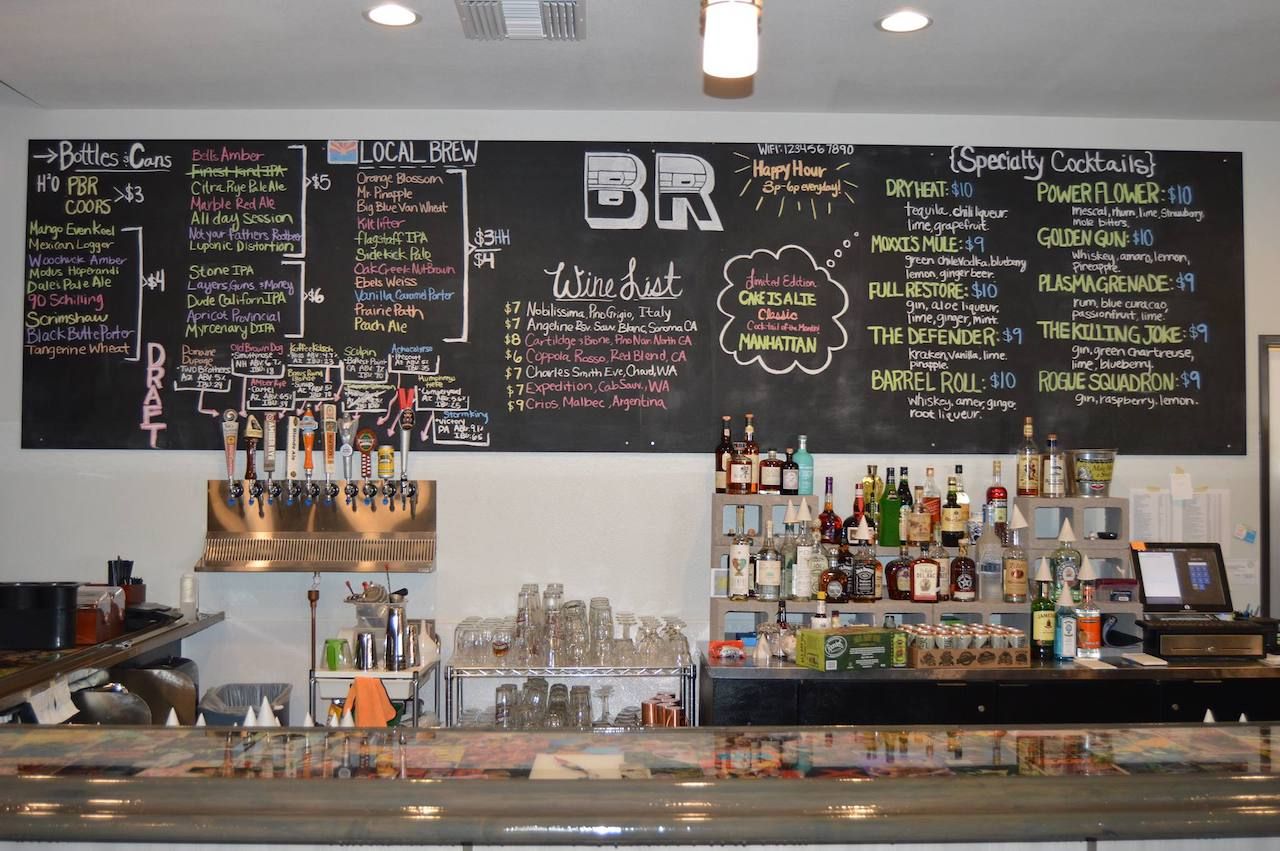 Bonus Round — The Valley’s only self-proclaimed nerd bar, Bonus Round features everything nerdy. The artwork is a collage of comic books and signature drinks have names like Plasma Grenade, Rogue Leader, and Stardate. Play old-school arcade favorites and board games or try out some modern games. Weekly trivia sessions, cosplay get-togethers, gaming tournaments, and movie screenings add to the sense of nerd community.

Char’s Has The Blues — A small, laid-back, and unassuming joint that’s one of the city’s best and most active live-music clubs. Though it doesn’t offer food, the drinks are good. What makes the place stand out is the quality blues, R&B, jazz, soul, and funk music playing every night of the week. 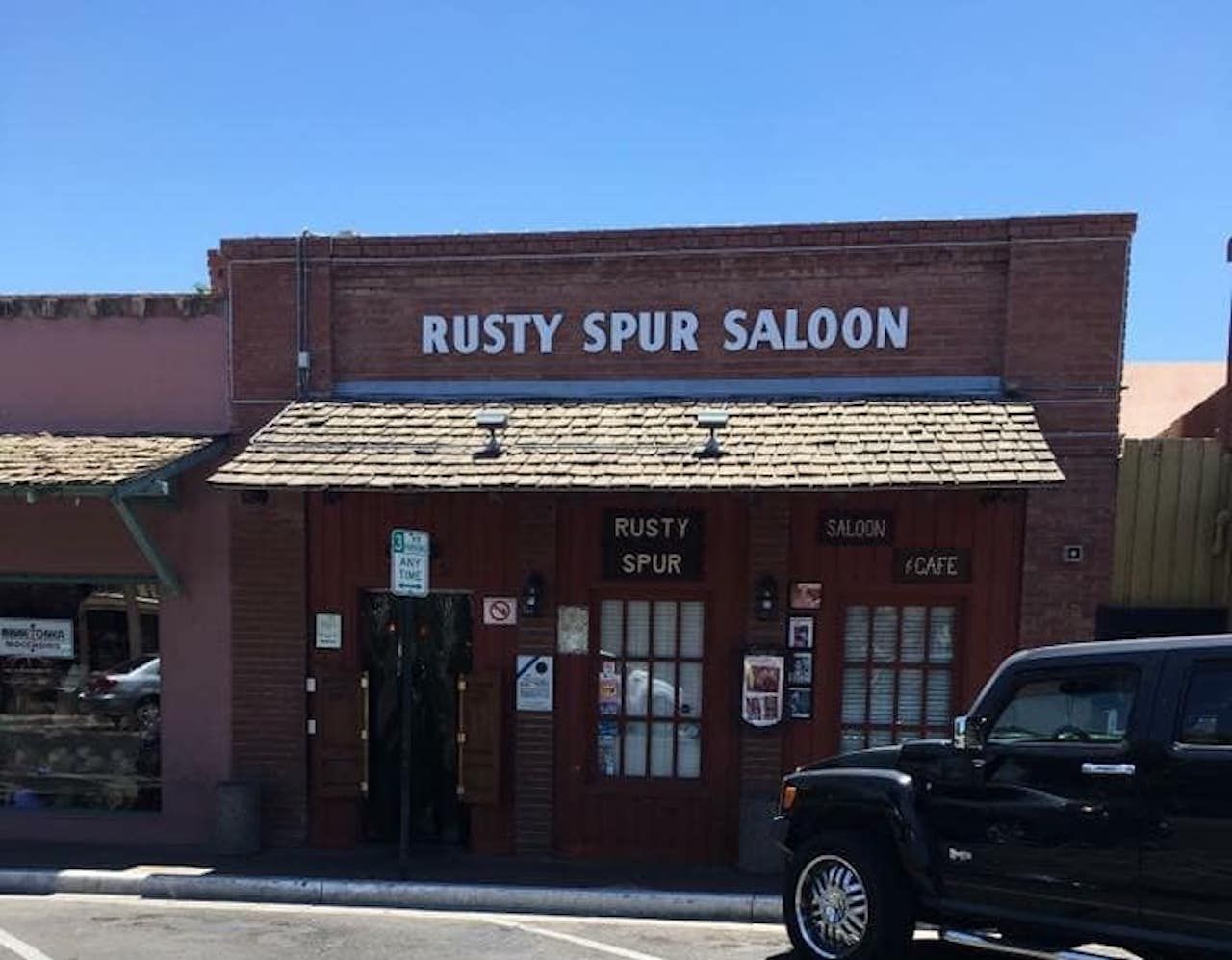 The Rusty Spur Saloon — Housed in an officially registered historic landmark built for the Farmer’s Bank in 1921, The Rusty Spur Saloon bills itself as “Scottsdale’s last real cowboy saloon.” The bank’s old vault still stands, but instead of cash, it’s well stocked with spirits. The walls and ceilings are covered with Western memorabilia, license plates, and dollar bills, making the bar a destination for the décor alone. The nightly live country-music shows support the authentic Old West atmosphere. The real highlight, though, is the extensive drink menu, which features everything from cold beer to bourbon to prickly pear margaritas. 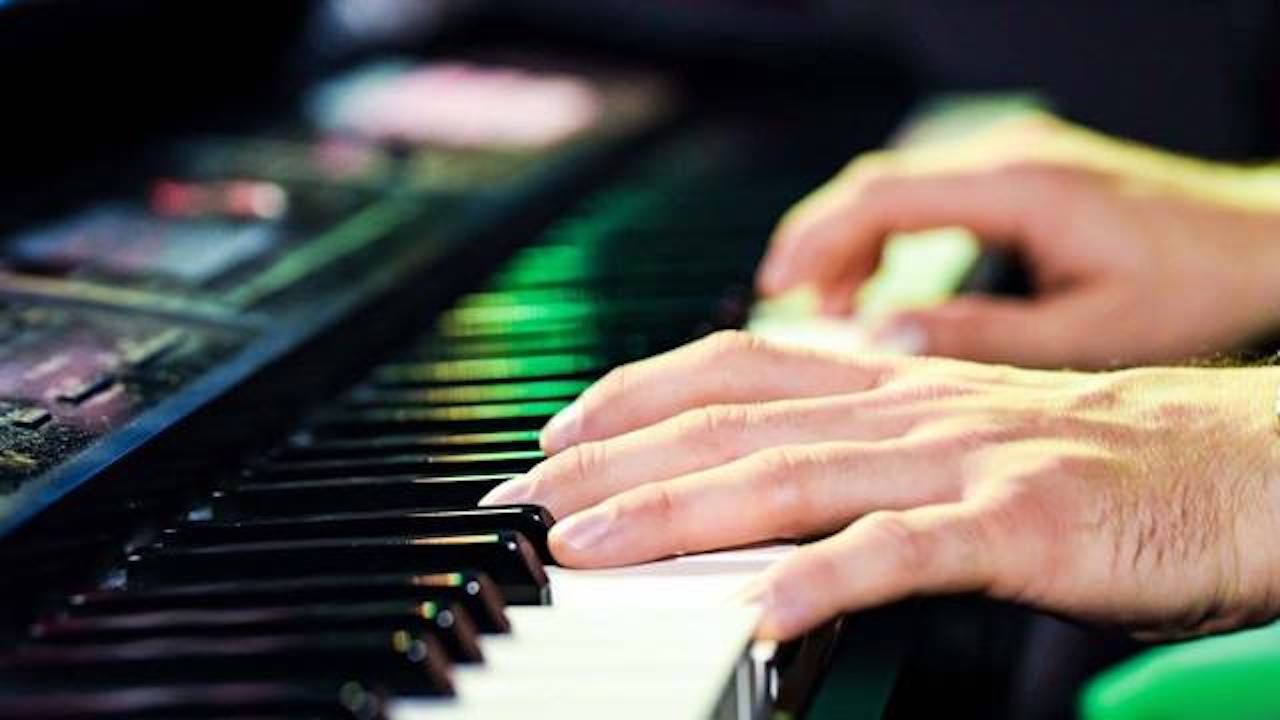 Low Key Piano Bar — A dueling piano bar on Tempe’s Mill Avenue by the Arizona State University campus, Low Key has a rotating crew of talented local musicians who play their own songs and guest favorites by request. With live music and drinks like fish bowls and syringes of Jell-O shots, Low Key stands out among the rest of nightlife in Tempe and is a great place to end an evening.

Huss Brewing — A brewery with off-beat favorites like the Koffee Kölsch and Scottsdale Blonde. The beers can only be found in Arizona, and all are worth a try. The Tempe taproom has 24 beers on tap and features wine, cider, and a selection from other breweries, as well. There’s no food, but you can bring your own or order delivery. 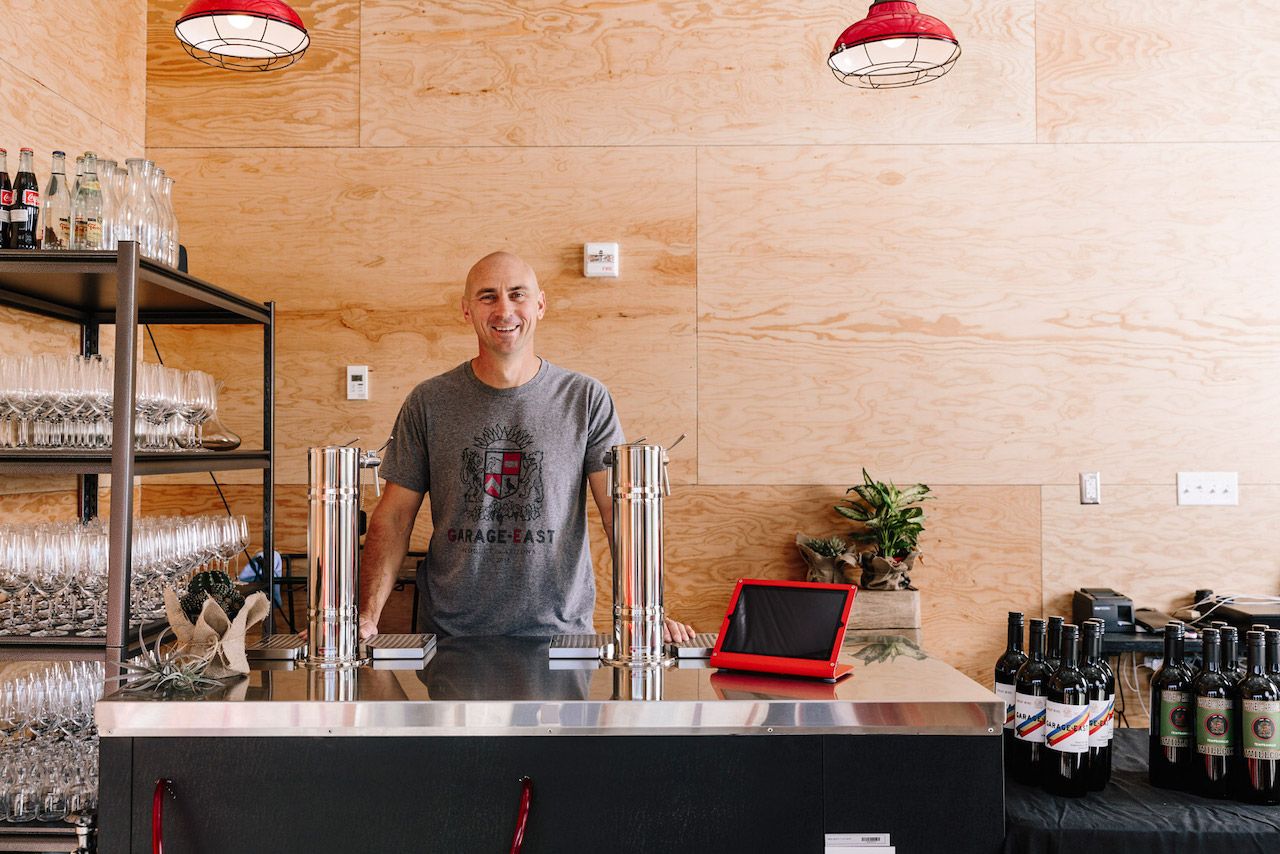 Garage-East — Located in Agritopia, an urban agriculture community just outside Phoenix, is Barnone, a craftsmen collective housed in a repurposed airplane hanger. One of these makers is Garage-East, an experimental wine bar serving traditional Arizona-made wine, as well as more innovative fruit blends and unique fermented beverages. Try the bittersweet Sonora Spritz, made with a bright orange, homemade version of Campari, or the canned Breakfast Wine, a blend of white wine and carbonated juice made from whatever fruit is in season — it could be peaches, grapefruit, or apples. No food is served at Garage-East but it allows you to bring your own, whether that be a picnic basket from home or a pizza delivered from Fire and Brimstone next door.

12 West Brewing Co. — If you’re more into beer, Agritopia also houses 12 West Brewing, which pours its own original brews, including a range of funky sours alongside other local taps. Work your way through a flight inside the taproom while watching a sports game on the TV, or chill out on the dog-friendly patio and play board games. If you’re hungry, the brewery has the same bring-your-own-food policy as Garage-East.