The warm weather makes Phoenix a great destination for festivals and events during the winter and early spring, when the city seems to celebrate something every weekend. Though you’ll find a festival for everything, from food and drink to history and nature, given its history and diversity, most events highlight the cultures of the city. The following are some of the best events and festivals in Phoenix. 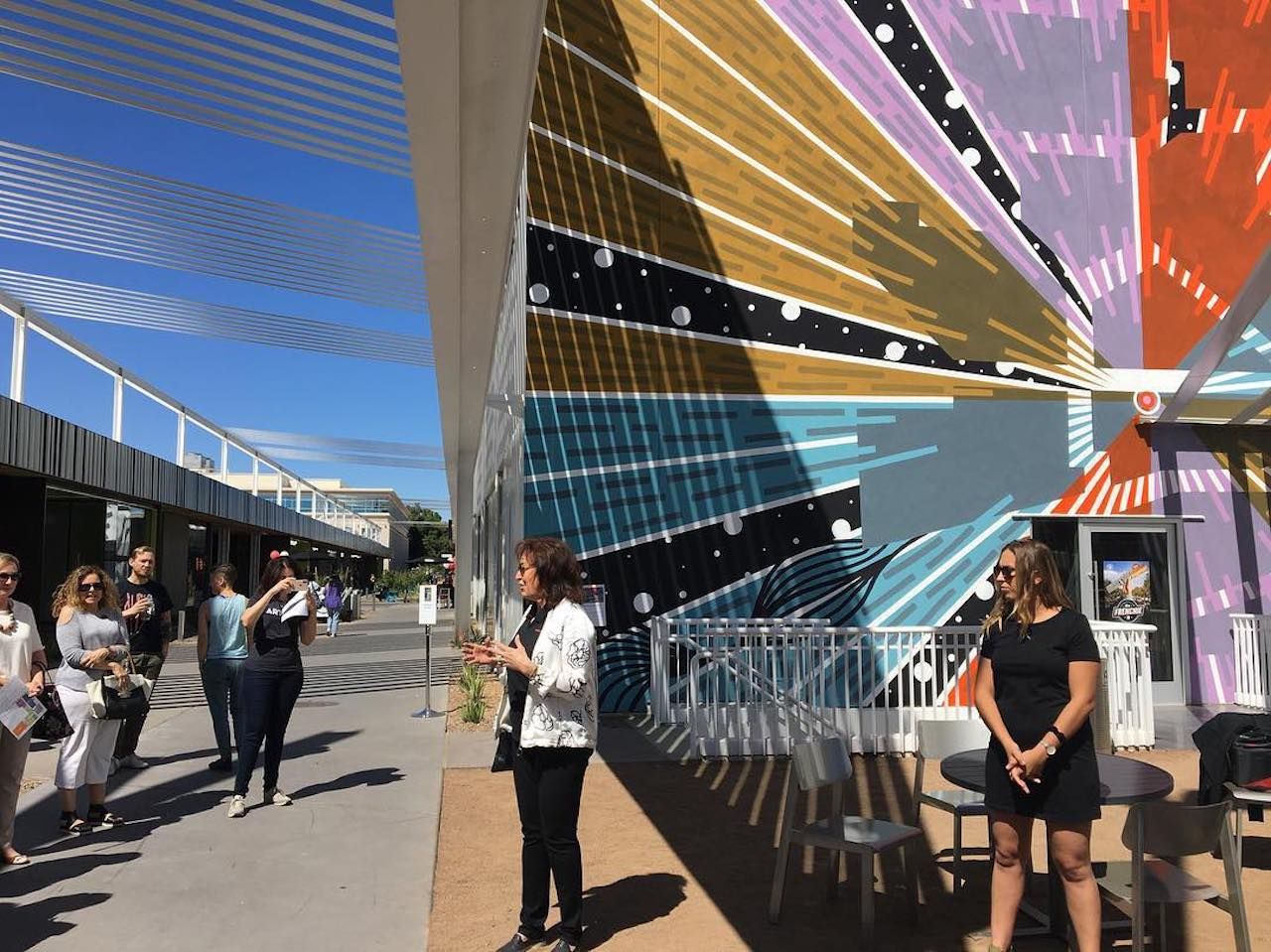 First Friday Art Walk — Introduced in the 1990s when it hosted a handful of art exhibits in downtown Phoenix, the First Friday Art Walk grew to become one of the largest of its kind in the country. It now includes over 100 art galleries, studios, artist spaces, music, lectures, demonstrations, and activities. Participating museums wave their fees between 6:00 PM and 10:00 PM on the First Friday of each month. Stretching from Indian School Road to Buchanan Street and 12th Street to 7th Avenue, the event covers a great area, so a free trolley helps visitors get from one hub to the other.

When: First Friday of each month

Arizona Musicfest — Catering to music lovers of all genres, the annual Arizona Musicfest hosts a variety of music shows during a season that spans about five months. Music lovers can attend performances from classical and chamber music to pop, jazz, rock n’ roll, folk, gospel, opera, and everything in between. Presenting world-class artists in convenient locations around Phoenix, the festival contributes to the cultural education of locals and visitors. For young musicians, the event includes lessons, instrument loans, classes, and a Young Musicians Competition at the MIM.

When: Festival Season includes performances between November and March 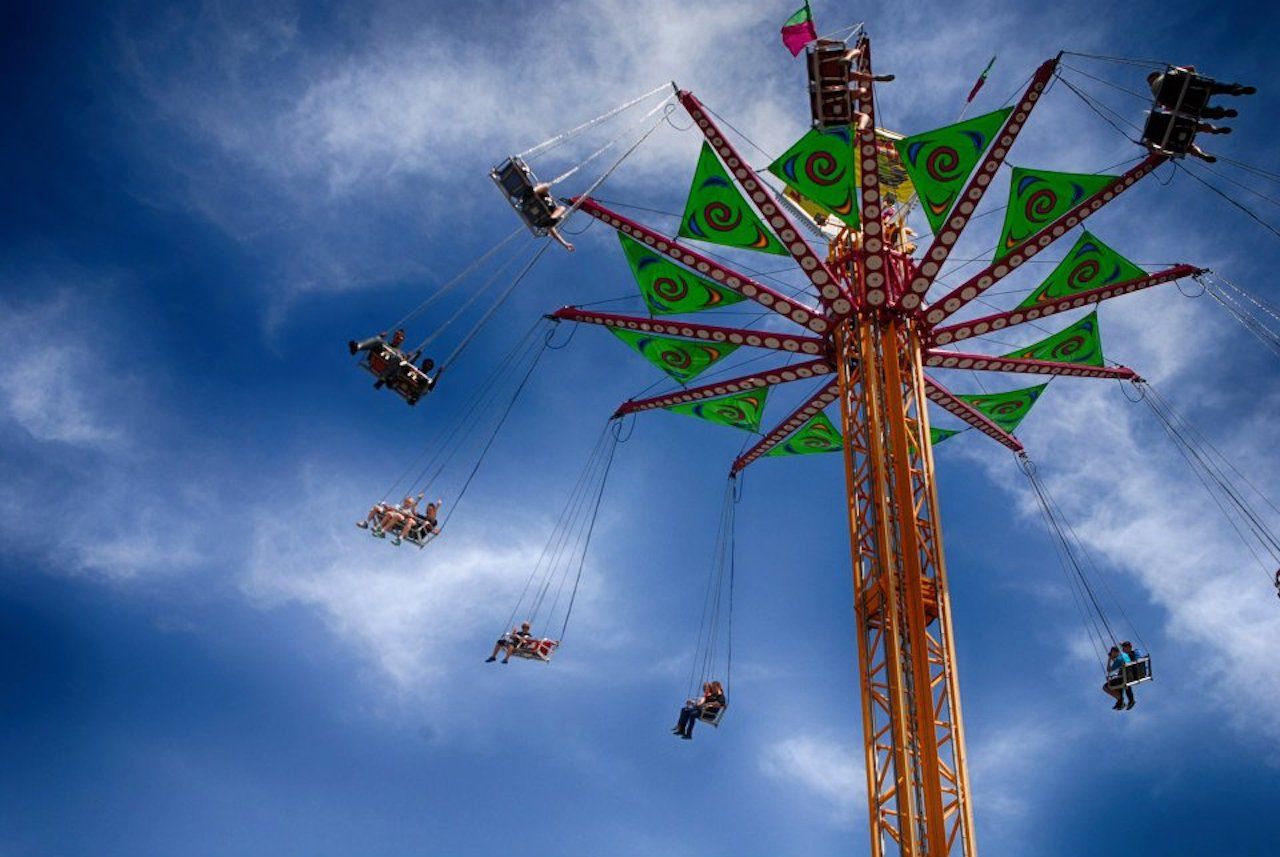 Maricopa County Fair — Phoenix might be a metropolitan city, but each year it hosts one of the largest traditional county fairs. This popular event features all the usual attractions of a fair: carnival rides, livestock show, food and drink, and a rodeo. Besides the old-fashioned events, the fair also offers modern entertainment, including live music shows and monster truck racing.

Arizona Indian Festival — Twenty-two modern Native American tribes call Arizona their home, and most are represented at this Festival in Phoenix, giving visitors an opportunity to learn about the local indigenous cultures. The two-day free family event showcases historic indigenous dwellings and features art demonstrations, storytelling, and performances of traditional music and dances. Guests can enjoy a variety of Native food, including the famous Navajo fry bread and the Hopi piki bread, and buy authentic Native arts and crafts from the artists themselves. 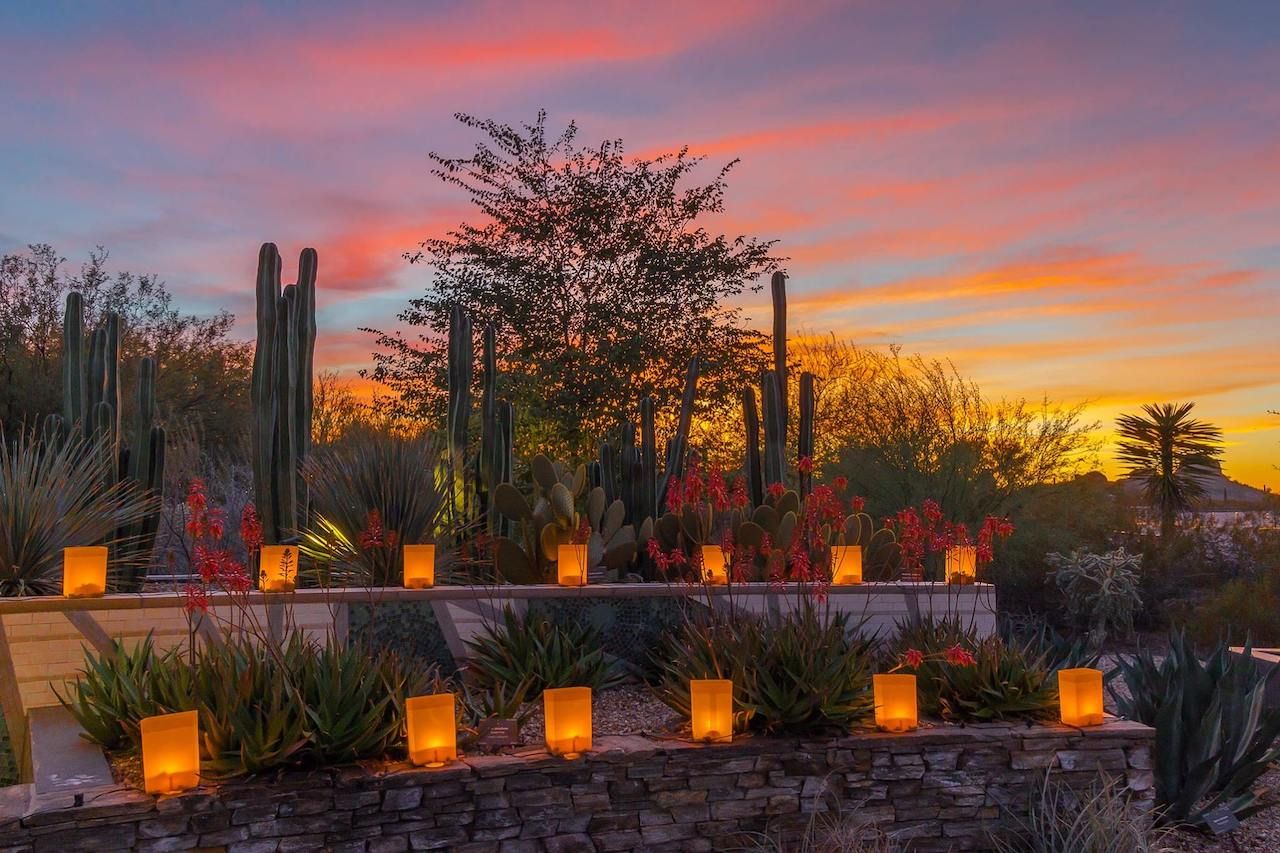 Las Noches de las Luminarias — During the evening in November and December, the Phoenix Desert Botanical Garden hosts a unique holiday light show celebrating Southwestern traditions. Thousands of luminarias, hand-lit candles set in sand inside paper bags, line the paths in the desert garden, giving the place a soft glow and a romantic feel. Besides the glimmer of the luminarias, visitors are treated to live music and mugs of hot cocoa or warm cider, and, on select nights, traditional Christmas shows.

Parada del Sol — Celebrating the West and Arizona’s history, the Parada del Sol is an all-day event held in Old Town Scottsdale for over 60 years. Starting with a parade on Scottsdale Road featuring horse-drawn carriages and wagons, cowboys and cowgirls on horseback, fire trucks, Western-themed floats, and marching bands, it culminates with the Trail’s End Festival, a huge block party for all ages. Food and drink and entertainment on four different stages — featuring traditional Western music, Mexican Folk, and Native American dances — highlight the mix of cultures in the Southwest. Kids are not left out, either; they have games, mini-train rides, and pony rides available. 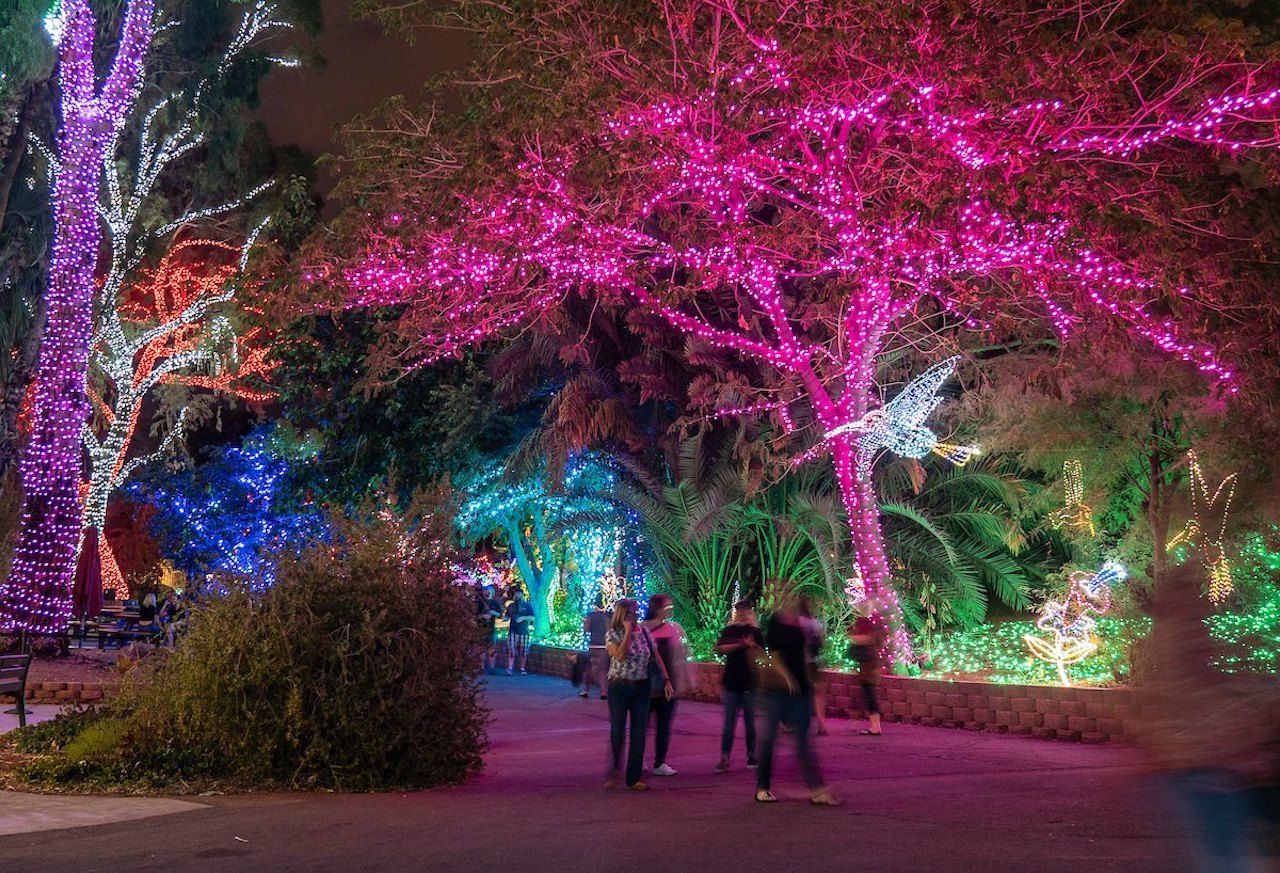 Zoo Lights at the Phoenix Zoo — Showcasing millions of lights strung on the trees and animal-shaped displays along the pathways, the Zoo Lights is one of the most expected yearly events at the Phoenix Zoo. Besides walking through the lighted animals — including monkey families, butterflies, wild cats, elephants or ants, among many others — visitors can stop to enjoy Music in Motion, showcasing the lights on the trees around the lagoon synchronized to music and reflected in the water. Along the trail, Jenga, a life-size talking giraffe, and Tortuga, a talking tortoise, give the youngest children an opportunity to stop by, play games, and share jokes with them.

When: mid-November to mid-January

Melrose on 7th Ave Street Fair — Celebrating local art, food, and music, the Melrose on 7th Ave Street Fair is a local favorite. Over a distance of beyond half a mile between Camelback and Indian School, the fair fills 7th Ave with booths where local artists and artisans sell their art and craft products. The food trucks scattered in between guarantee that visitors will not go hungry while hundreds of vintage and antique cars give them a chance to enjoy a Classic Car Show. For entertainment, the Main Stage hosts local musicians all day long, and fun stations for kids offer activities like face painting, rock climbing, and inflatable bounce houses. 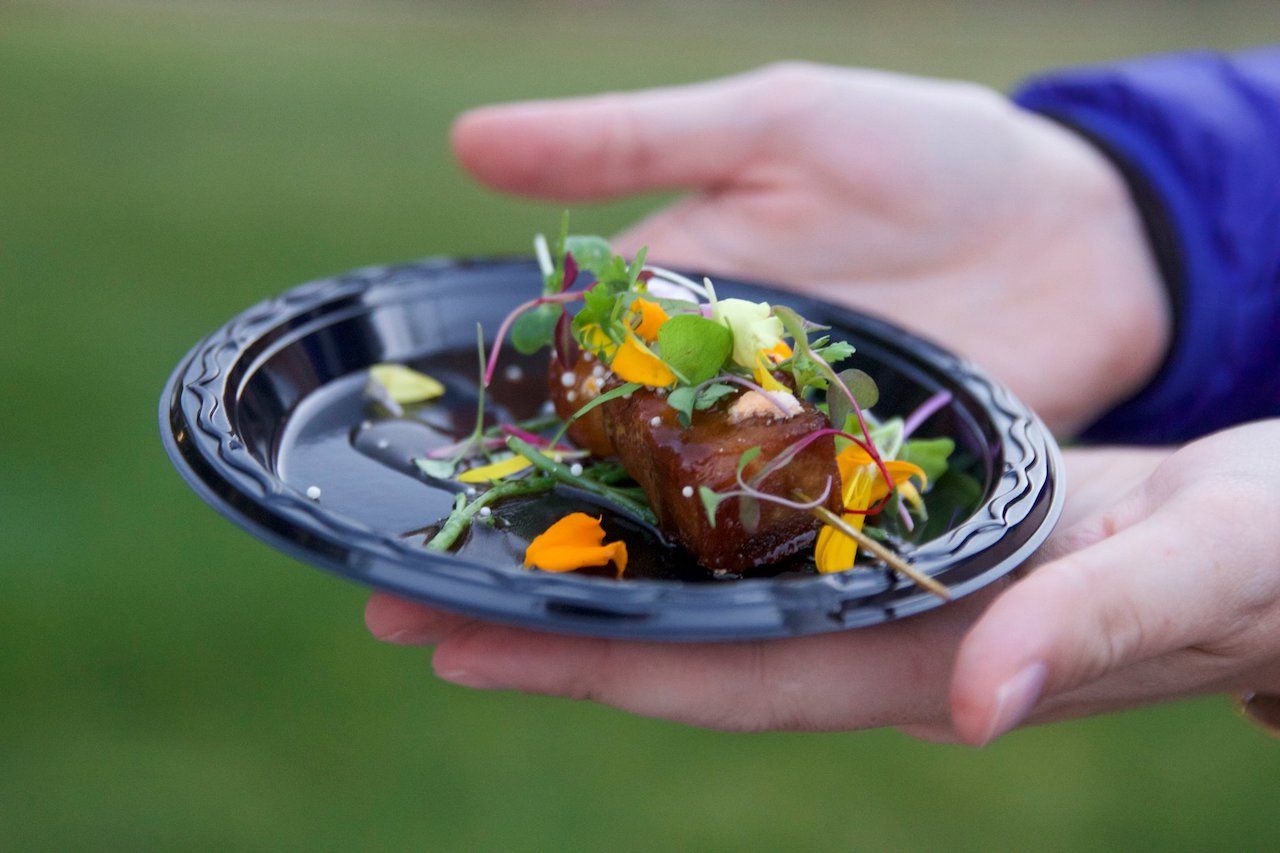 Devour Phoenix — While the Maricopa County Fair focuses on crowd-pleasing festival classics, Devour Phoenix strives to showcase all that is hot and rising in the Arizona culinary scene. The state’s best chefs converge at the Desert Botanical Garden for the two-day Culinary Classic, serving up innovative small plates representing their culinary perspective. Even if you can’t make it to the main event, restaurants all over Phoenix will be putting their best foot forward as part of Devour Week. There’s also smaller events throughout the week, such as the Devour Phoenix Bartending Competition. 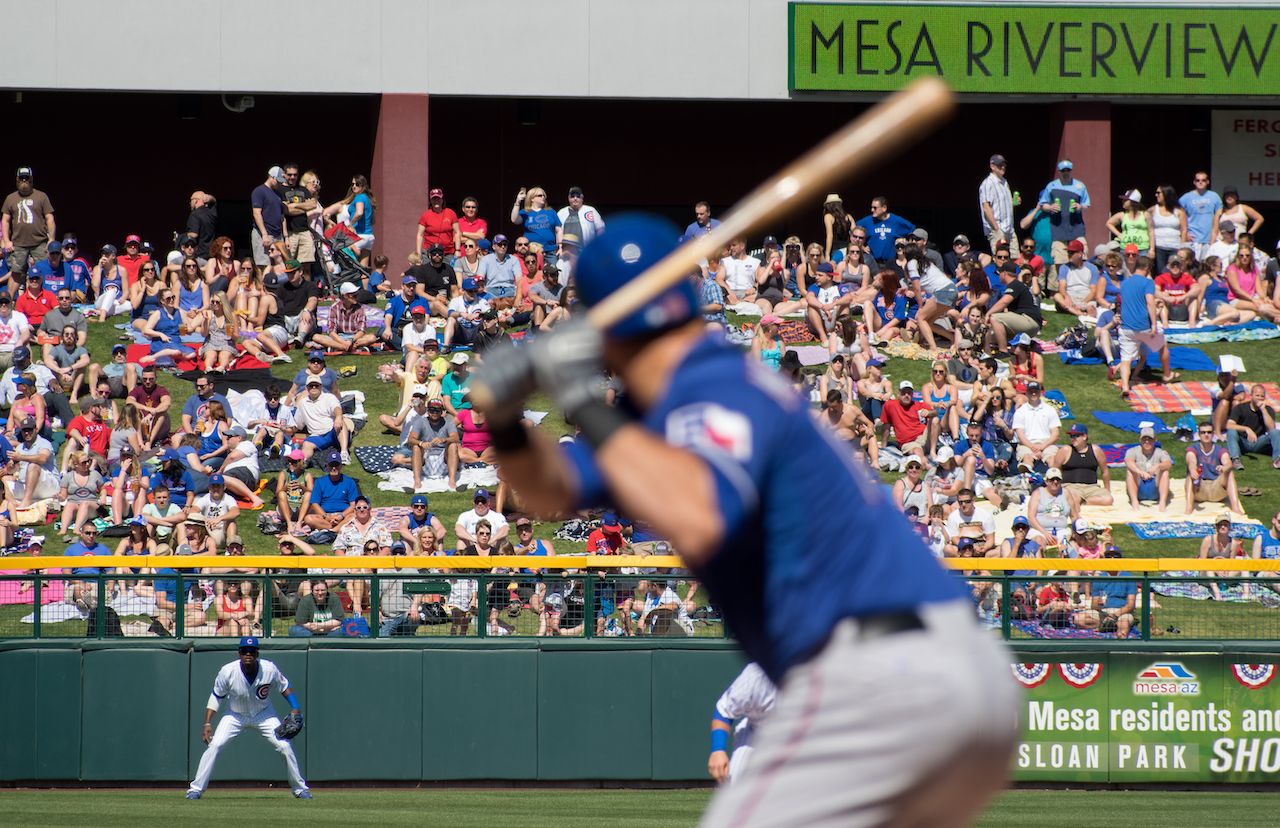 Spring Training — Phoenix is home to all four major professional sports, but come February, baseball fans from all over the United States descend on the city for the Cactus League Spring Training. Fifteen major league baseball teams play over 200 games across Phoenix and the surrounding cities, offering fans a chance to escape the cold and fly into the desert for the weekend to see their favorite teams at an affordable price. The games run through March, and plenty of hotels offer packages for fans who want to secure their room and tickets in one go.