Phoenix is a diverse city, and its dining scene highlights that multicultural identity. All-American steakhouses and diners share the culinary landscape with Hispanic and Native American-inspired restaurants. The deep-fried chimichanga is said to have originated here, and there’s no lack of places serving up the popular Native fry bread. Not to mention the Asian restaurants and pizzerias that round out the restaurant landscape. From high-end gourmet to tiny hole-in-the-wall establishments, these are the best places to eat in Phoenix no matter your preference or budget. 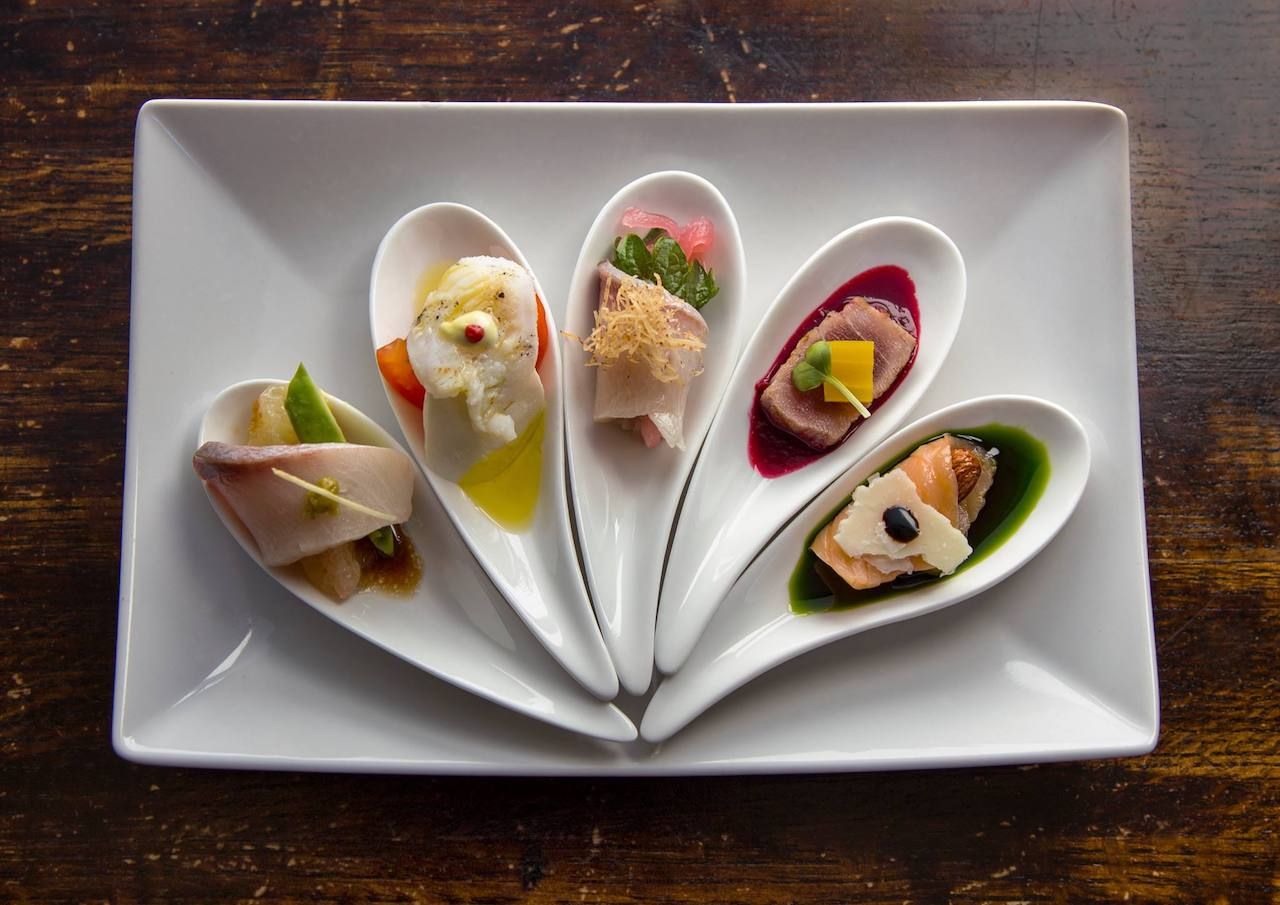 Fry Bread House $ — An unassuming, but seriously delicious, joint that’s run by a local Tonoho O’odham family. In 2012, Fry Bread House received the James Beard America’s Classics Award. Native fry bread, as the name suggests, is the base for all the dishes, and fry bread topped with beans and red chile sauce spooned in a circle is one of the restaurant’s signature dishes. It’s also served taco-style filled with meat or chili, or open-faced topped with pork and chorizo. For a sweet treat, try the chocolate and butter fry bread.

Welcome Diner $$ — Come for the food, stay for the patio seating and large community tables under twinkling lights. Welcome Diner is a favorite spot for locals and visitors alike with a Southern-inspired menu that features everything from fried chicken and biscuit sandwiches to a burger topped with peanut butter, pickles, and bacon called the PB&R. 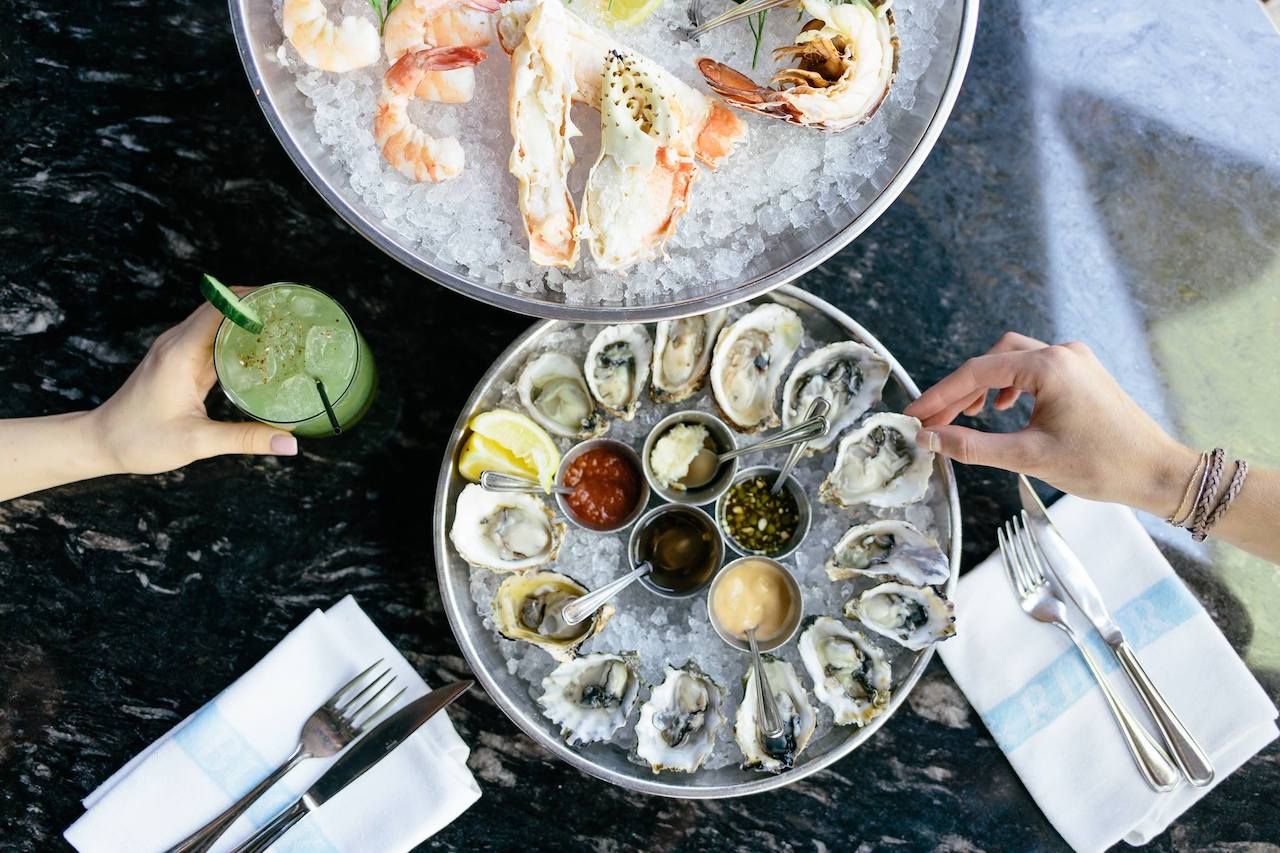 Buck and Rider $$$ — A seafood and steak eatery in the middle of the desert that flies its seafood in daily from the West Coast, the Gulf Coast, and the Northeast. The menu also has hand-rolled sushi, fresh beef, and farm-fresh vegetables. And, while not a Mexican restaurant, it also offers a coctel de mariscos with crab meat, shrimp, scallops, and avocado, as well as a Baja shrimp ceviche. Along with the exquisite meals, views of Camelback Mountain from the patio add to the ambiance of the restaurant.

Nook $ — A cozy restaurant that combines modern American with Italian fare, The Nook Kitchen is where to go for a low-key dining experience when you want a traditional or white pizza. Other tasty options include braised pork and almond-crusted salmon. 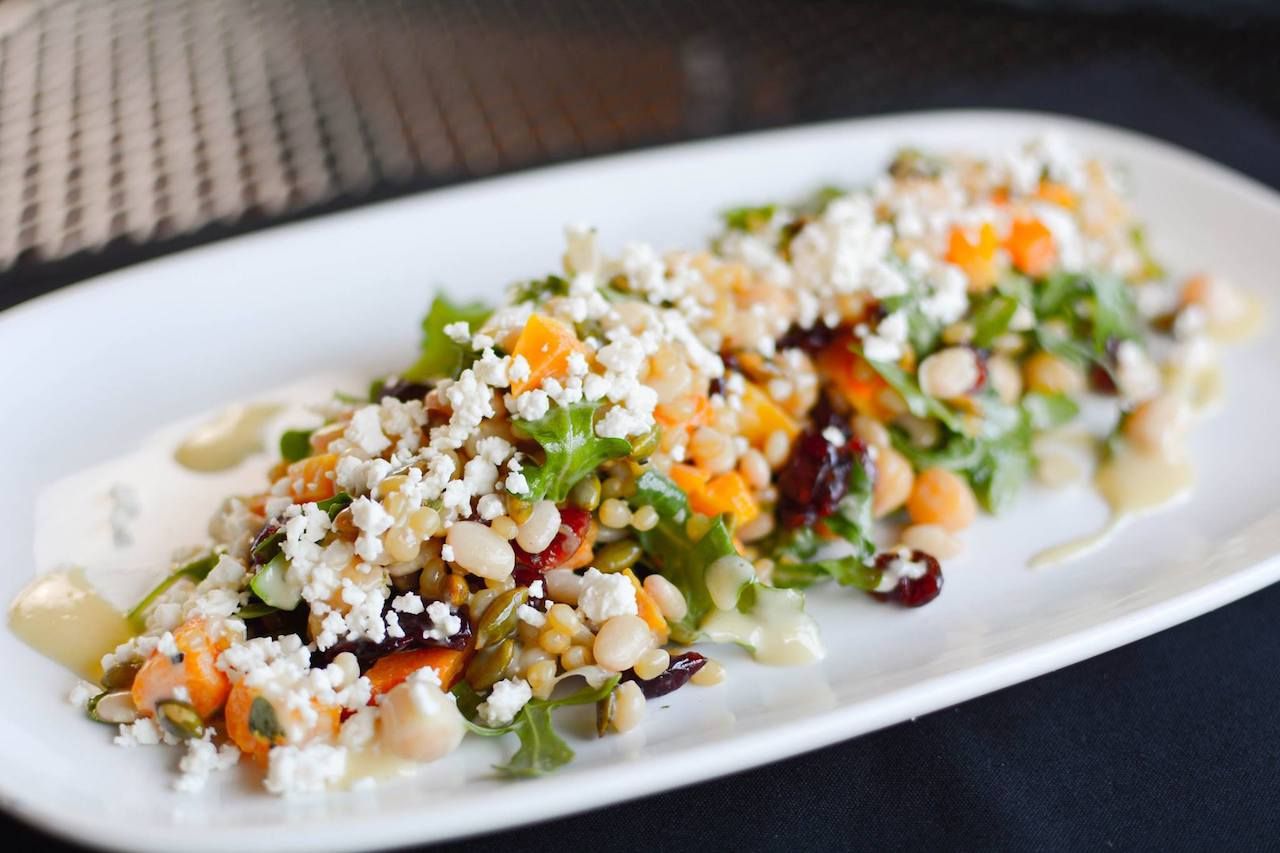 Phoenix City Grille $$ — Built in the style of an old-town tavern, the Phoenix City Grille serves contemporary American fare with local ingredients for a reasonable price. Everything on the menu is consistently good, whether it’s the appetizers, salads, sandwiches, entrees, or home-made desserts. The cedar-plank salmon served with citrus and horseradish and a roasted beet salad is one of the specialties. The signature salad, the Ramona Farms Superfood, features tepary beans, a local Native staple for over 4,000 years, Sonoran wheat berries, arugula, dried cranberries, pumpkin seeds, roasted squash, and panela cheese.

Vincent on Camelback $$$$ — A restaurant that has featured a fusion of Southwest and French cuisine for over 30 years. Everything on the menu is exquisite. Order the salmon quesadilla for a starter, and don’t overlook the veal loin with wild mushrooms and red wine thyme sauce. 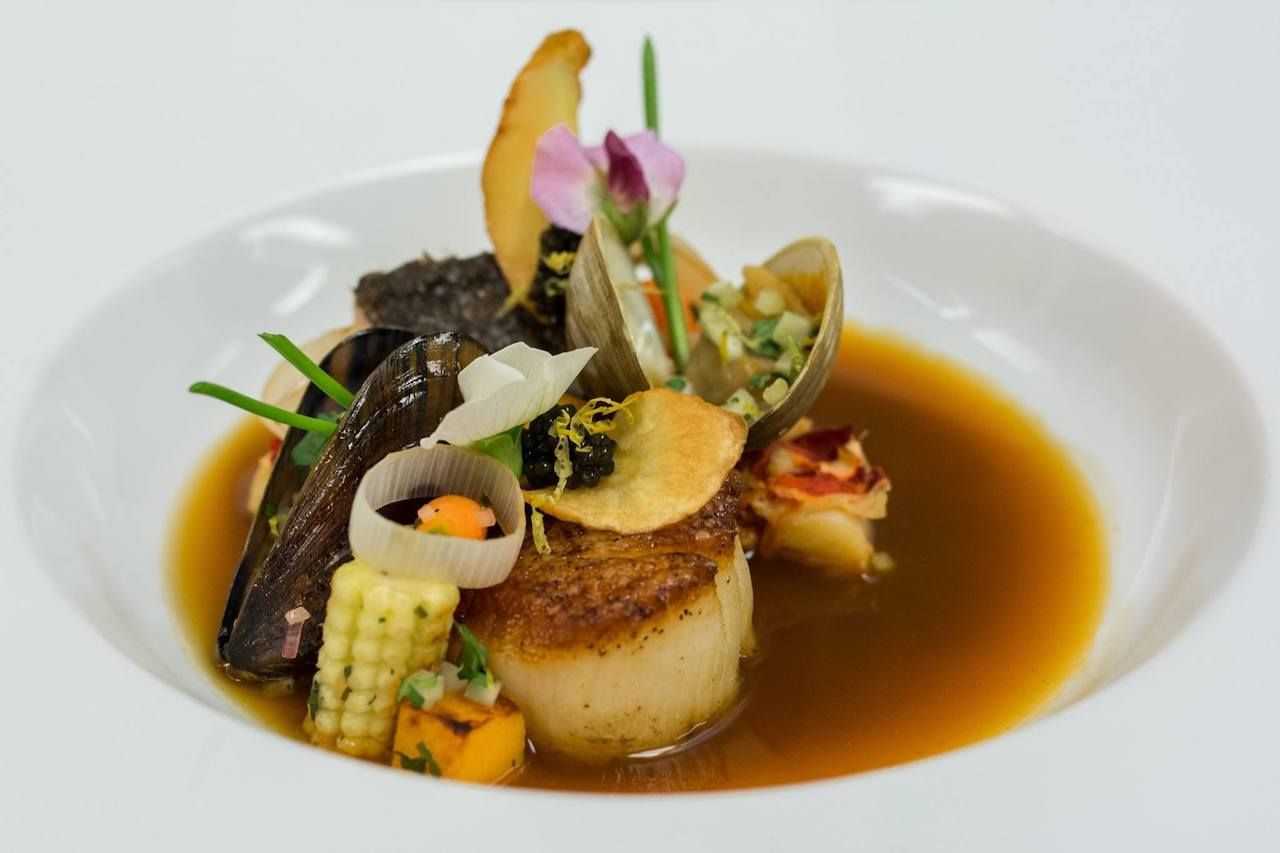 Kai $$$$ — Kai means “seed” in the Native Pima language, and this Native American restaurant takes guests on a culinary journey through Native tastes and traditions. It incorporates the spirit of the Maricopa and Pima tribes through a 13-course tasting menu centered around locally farmed or foraged ingredients. 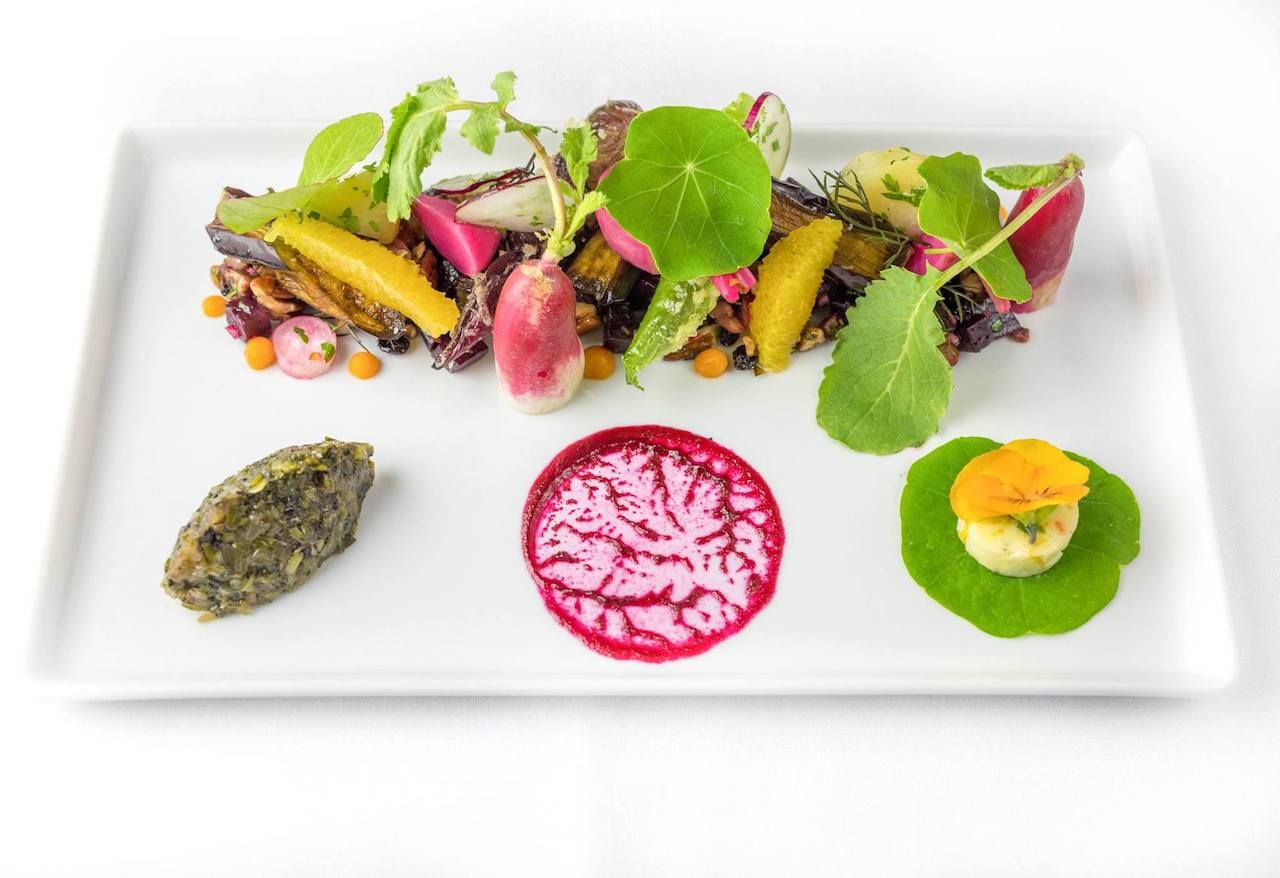 Photo: Quiessence at The Farm/Facebook

Quiessence $$$ — Located on The Farm at South Mountain, Quiessence serves fresh and elegant farm-to-table cuisine. The menu showcases delicate edible flowers picked from the restaurant’s own garden and fresh produce grown on the farm. The menu changes daily, and what’s available depends on the season, but come with the expectation of ordering a four-, five-, or six-course meal.

Pomegranate Café $$ — A small, family-owned business that features vegan and vegetarian fare using the freshest local ingredients and seasonal products. The brunch menu includes pumpkin praline French toast made with pumpkin bread and topped with candied pecans, house caramel, and coconut whip, which tastes as good as it sounds. Lunch favorites include poblano wild mushroom street tacos and the green goddess burger made with chickpeas, spinach, and herbs. 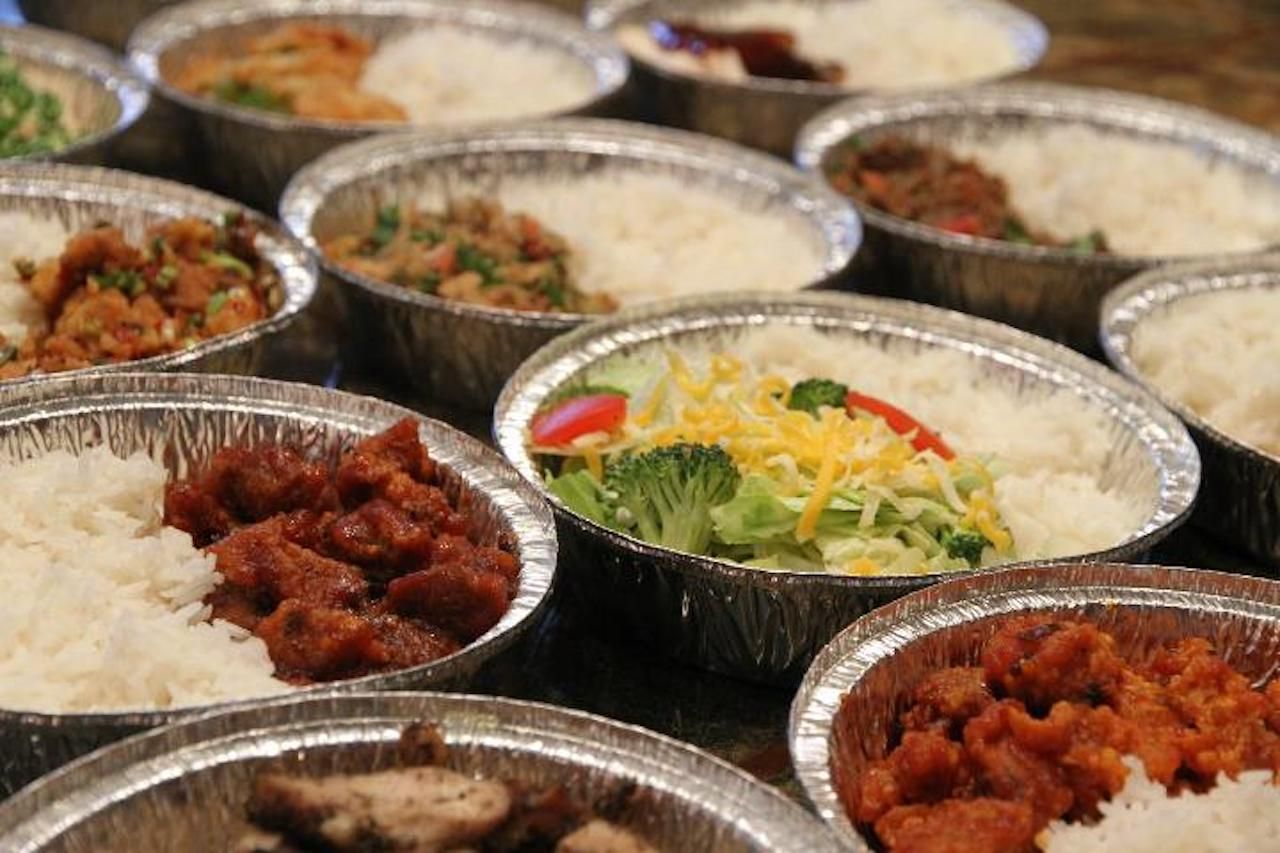 Chino Bandido $ — A popular spot with Mexican-Chinese cuisine that’s perfect for cheap eats and takeout. The hole-in-the-wall establishment has long lines out the door at lunchtime with people waiting for local favorites like the red jade chicken (deep fried chicken topped with a spicy sweet sauce) and the pollo diablo (deep fried chicken with Mexican hot peppers). Be ready to make your own combo when you get to the front of the line.

Fuego Bistro $$ — Where to go for Latin dishes with a Southwestern twist. Local favorites include the Puerto Rican dish pernil asado, which is made with slow-roasted pork served with orange habanero mojo sauce and local corn tortillas. Another solid order is the empanadas stuffed with ground beef, peppers, onion, black beans, and cheese, all topped with Yucatecan barbecue sauce.

Krua Thai Cuisine $ — One of the best Thai food restaurants in Phoenix. The curry dishes are always a good choice at this small, family-owned restaurant, but other plates include pad noh mai and the house special, krua Thai rama, which is a stir-fry dish with peanut sauce. Those who enjoy their meal spicy came to the right place. There are five levels of spicy, from mild to Thai hot, which makes even the most seasoned hot food lover’s eyes water.

Viet Kitchen $$ — A local favorite hidden in a tiny establishment at the intersection of I-101 and Cave Creek Road. The house special is pho Saigon, which is a beef noodle soup made with rare steak, tendon, tripe, and meatballs. 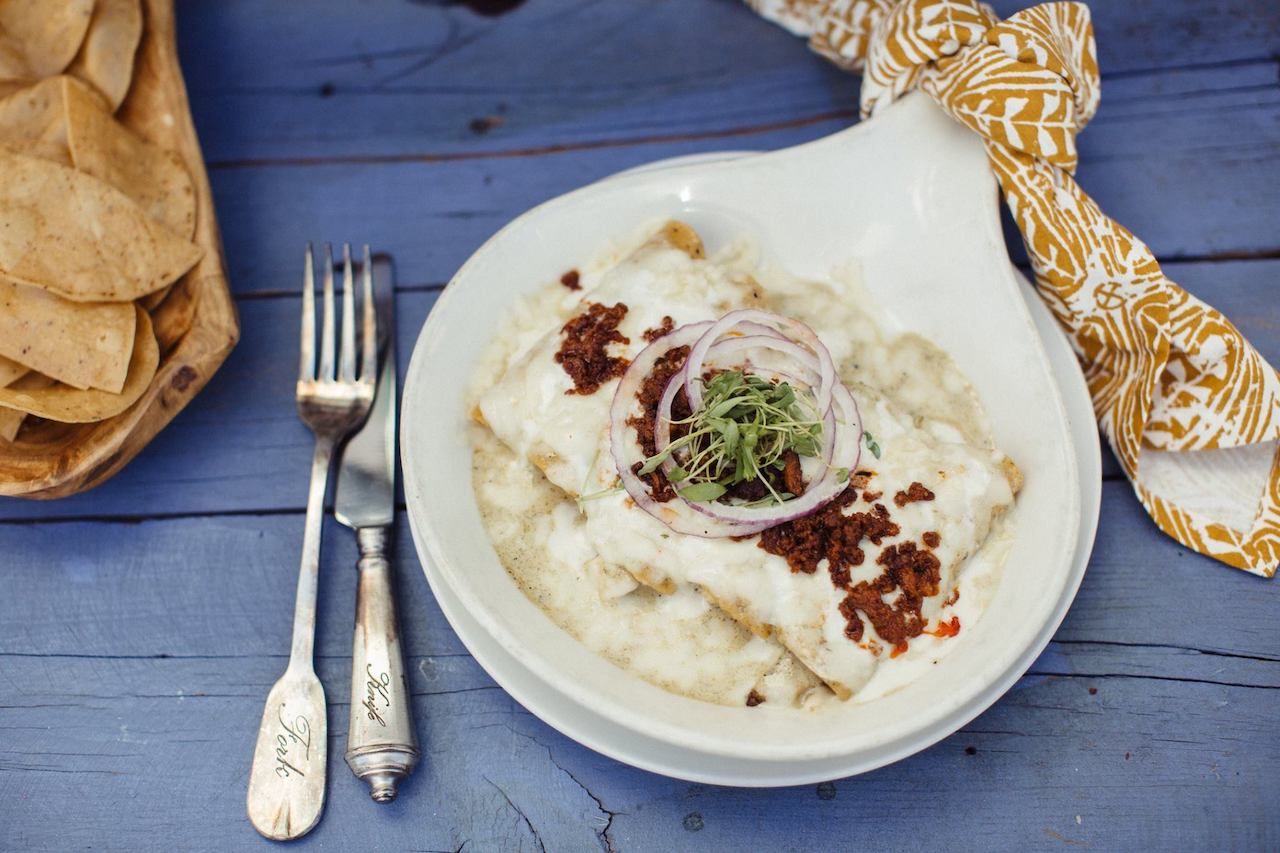 Barrio Café $$ — Recognized as one of the best regional Mexican restaurants in Phoenix, Barrio Café features dishes like the Yucatecan cochinita pibil, a slow-cooked pork dish, and the Puebla favorite chile en nogada, which is a chili filled with fruits and meat and topped with a walnut sauce and pomegranate. Not to be left out is the Oaxacan-inspired pollo mole. Barrio Café has three locations in the Valley: downtown Phoenix, the Roosevelt District, and by the airport.

Pizzeria Bianco $ — With five locations in Phoenix, including the original downtown in Heritage Square, Pizzeria Bianco is well known and loved by locals for its rustic Italian cuisine. Besides a huge selection of pizzas, including the Biancoverde and the smoky Wiseguy, the restaurant has options like handmade pasta in the chef’s own tomato sauce.

Los Dos Molinos $$ — A restaurant that mashes Mexican food, Southwestern cuisine, and American food. Appetizers include Mexican pizza, cheese crisps, and chips and salsa. The signature dish is the adovada ribs, and another great option is the flautas plate. The restaurant offers its fare in two locations, south Phoenix and Mesa.