With up to three people squeezing into each rickshaw, you’ll want to keep your extra baggage down to a minimum.

While you won’t generally be staying anywhere for more than a night, most teams took a day off in Varanasi halfway through the run, giving them time to have laundry done. So think about your clothes in terms of getting a week’s wear out of them.

Pack plenty of light-colored t-shirts, loose cotton trousers or board shorts, and a sweater or two for any cool nights in the mountains. Leave the dark items at home – I learned the hard way that this only makes you a heat magnet.

In the way of footwear, I hardly ever changed out of my flip-flops. They’re not only the best option to beat the heat in, but they will dry the fastest if you get caught driving in the rain or pushing your tuk through mud.

When it comes to a bag, I definitely recommend a backpack or similarly-shaped duffel. The limited space available would make for an awkward fit for a suitcase. A mosquito net is also a must–while a couple of guesthouses actually provided them, the majority didn’t.

There’s a variety of maps to choose from in determining your route. I went with Reise Know-How’s Northeast and Northwest India, but other companies publish individual state maps. Just make sure whichever option you choose shows both state highways and smaller roads in detail.

Trust me, you’ll need it.

One non-essential item is a tent and other camping equipment. It’s up to you and your team whether you want to rough it or not. We chose to stay in guesthouses each night and almost never had a problem finding one (please note the word almost there…we definitely had one or two close calls). However other teams decided to seek out places where they could pitch a tent and cook their own meals, and–from what I heard–had an epic time doing so. 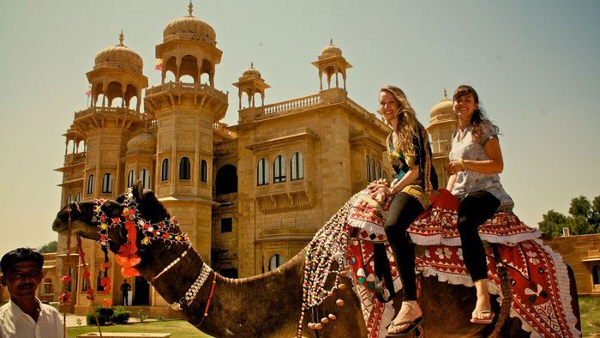 If there’s one thing to bring for your rickshaw, it’s duct tape. And a lot of it. Bring the thick, black electrical kind, and you’ll be amazed at the opportunities you have to use it. Our talent throughout the run became losing the cap to everything: to the petrol tank, oil tank, even our jerry can. A few pieces of tape did the trick so we wouldn’t sputter to a stop in the middle of nowhere.

The tool kits provided by the Adventurists were surprisingly (but I imagine, intentionally) scant, so another must-have is a Swiss army knife or similar multi-tool. You’ll be grateful for the scissors when trying to open packets of oil. While former teams suggested bringing fencing wire, we opted for plastic cable ties instead. Nearly as versatile as duct tape, these were used to hold up anything from the exhaust pipe and a wobbly battery to the corner of some team’s roofs.

Everything else for your rickshaw, from spare cables and spark plugs to a tarp and spanner, can be picked up once you’re in India.

With outbreaks of cerebral malaria common in northeast India, definitely consider starting on malaria pills before you leave. Pay a visit to your local pharmacy and stock up on items like antibacterial wipes and gel, a travel first aid kit, Immodium, rehydration salts, and water purification tablets.

Another potential item would be an antibiotic like Cipro or Metronidazole to fight any bacteria. Best case scenario, you never need half of what you bring but there’s no telling what can go wrong. 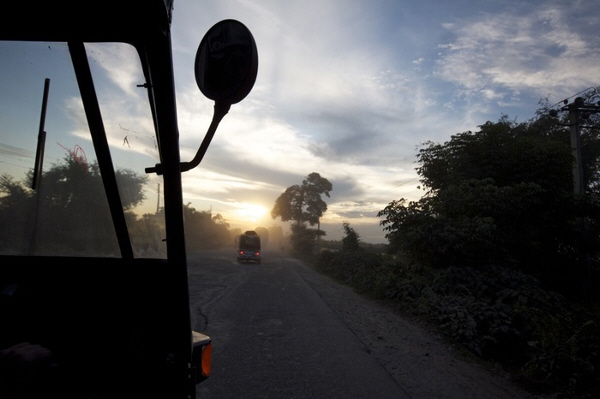 After making sure you won’t be completely unprepared when Delhi belly strikes or your petrol cap goes missing, the real fun can begin. On the morning of the launch, many groups showed up in matching team t-shirts or fancy-dress outfits. The Tinned Tiger Lilies sported tiger-print pants and a fake lily pinned to their shirts, while the Blue Camels from Bahrain wore pale blue thobes.

You could also bring souvenirs from your respective country to leave with people you meet along the way. The Blue Camels brought postcards and small pins of the Bahraini flag with them, and I was often jealous when they could leave something as a thank-you to guesthouse owners.

And then there’s your rickshaw to think about. Musically-minded teams brought a stereo system or iPod hook-up and bought speakers and an extra battery for it once they arrived in Shillong. Other teams, like Right Place, Right Time from Dubai, arrived with custom-designed cushions.

The choice is yours.

Most of all, bring a spirit of adventure – and a certain level of insanity – and you’ll be sure to make it to the finish line…we hope.

For more on the run, check out How [NOT] to: Complete a Rickshaw Run.