Vodka lime and soda, tequila with salt and lemon, rum and coke… most drinks can be mixed with something else, but there’s literally no way you can add pálinka to anything and create a drinkable beverage. Anyone who’s been drinking this fruit brandy for a while knows that with pálinka there’s no mucking around, the best thing to do is to get on with it — bottoms up!

If you truly learned to drink in Hungary, there’ll have been times in your life when you’ve had a shot (or more) of pálinka before midday, possibly even before 9 am. In Hungary, there’s even a saying for this: “Pálinkás Jó Reggelt!” which is kind of hard to translate, but roughly means “Wake up with pálinka!”

For those who learned to drink in Hungary, this isn’t some medieval Hungarian tradition but a delicious red wine. In fact Bull’s Blood of Eger or Egri Bikavér is arguable Hungary’s most famous wine.

4. You know there’s life outside Jägermeister.

…and it’s called Unicum! It comes in an easily recognizable round bottle and the dark herb liqueur is based on a secret family recipe, distilled from more than 40 different herbs and spices. It’s considered the national drink of Hungary and dates back to 1790, making it 225 this year! Happy birthday, Unicum!

Student WorkHow to piss off a Hungarian

After the failed 1848 Hungarian revolution against the Habsburgs, it’s said the Austrians celebrated by raising their drinks and clinking their glasses. Back in Hungary, the upset Hungarians vowed not to cheers with beer for 150 years, and while this time frame has ended, by tradition and by habit, anyone who learnt to drink in Hungary probably won’t cheers with beer. They will, however, look you steadily in the eye as not making eye contact while clinking all other types of drinks is considered plain rude!

6. You think Hungarian beer is the best.

Those who learnt to drink elsewhere in the world might be scratching their heads trying to think of a Hungarian brand of beer, but anyone who knows their beer, knows there’s Dreher, Soproni, Borsodi and Arany Ászok, plus there’s a whole range of craft Hungarian beers worth checking out for. Now all you need to decide is whether you want apohár or a korsó and you’re good to go.

7. You have not only drunk Tokaji — you’ve been there.

You might be familiar with the sweet wine called Tokaji Aszú, but if you have also been to the wine region in northeast Hungary then you get bonus points and probably learned to drink in Hungary (or maybe even in Tokaj!).

8. You drank St. Hubertus as a teenager.

It’s almost impossible to find an adult who’ll admit to still drinking St. Hubertus — or “Hubi” as it’s affectionately known. But if St. Hubertus was your go-to drink as a teenager then, congratulations, you definitely learnt to drink in Hungary! Bonus points if the first time you ever drank too much was because you consumed too much from the bottle with the blue label and antlers… that image should bring back some happy memories…

9. You slam your pálinka shot glass down.

You get your shot, you look at it and scrunch your face up in anticipation, you throw it back, and then you slam your empty glass down on the table. If this is how you drink pálinka, welcome to Hungary!

You might secretly think pálinka is gross… but you have never refused a shot of pálinka. It’s a rarity to find someone that actually likes pálinka, but it’s almost impossible to find someone who learned to drink in Hungary that would ever refuse to drink the shot. It’s practically a crime in Hungary to do so. And if you’ve ever tried to say “no thanks” most Hungarians would probably think you’re just joking and thrust the full glass in your hand anyway.

11. You’ve tried to cure a cold with pálinka.

True believers say pálinka can cure just about any ailment from a broken heart to the common cold. No one knows the exact science behind it, but most Hungarians say pálinka is pretty much nature’s best medicine.

LanguagesThe 17 funniest Hungarian expressions (and how to use them)

12. You think homemade pálinka is often the best.

This famous Zwack Unicum “drowning man” poster is very recognizable to anyone who learned to drink in Hungary. It’s hung on the walls of bars and homes and it’s probably the most famous Unicum advert, dating back to the early 1900s.

14. And you know exactly how that guy in the poster feels. 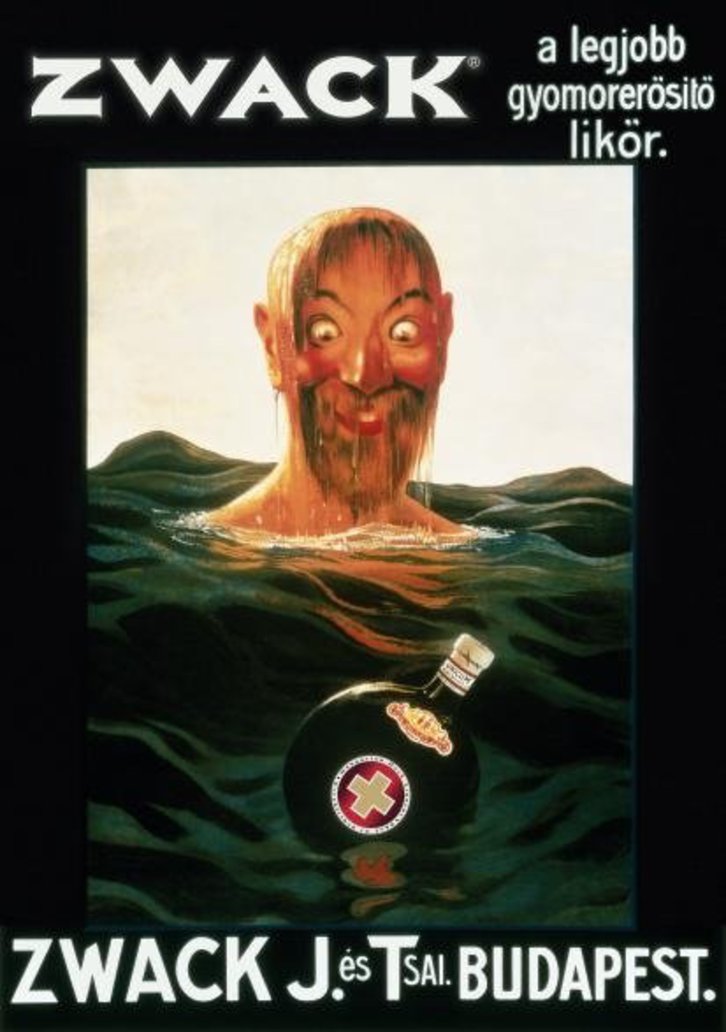 Whether you feel this way in anticipation of a drink, or after you’ve had too many drinks, you know exactly how this guy feels. There’s no shame in it, we’ve all been there.

What might look like a jumble of letters to those who learnt to drink outside the Hungarian lands, is simply the Hungarian word for “cheers.” But if you can spell it — and maybe even say it — after a few too many drinks then you’ve officially got your Hungarian drinking citizenship.

Hungarians invented the wine/soda combination known as fröccs and if you feel qualified to name all the various wine-to-water ratios, then you probably got your degree in alcohol at a Hungarian pub.

17. You can name a few Hungarian wine regions.

So we’ve already mentioned Tokaj and Eger, but if you also know about Villány, Szekszárd, Badacsony, Csopak or any one of the other wine regions in Hungary then you can consider yourself a pro!

18. You can smell mulled wine a mile off.

The Christmas decorations haven’t come out yet, but you know that mulled wine season is just around the corner. Mulled wine is a great winter favorite of Hungarian drinkers and the prefect hot wine is different for everyone. The range of ingredients can include citrus fruit, clove, cinnamon, pepper, apple, star anise and/or nutmeg.

This Hungarian “specialty” called Vörösboros kóla (“red wine and cola”) — or VBK for short — is exactly what it says it is. Whether this sounds horrid or like a good cheap option probably depends on your age or how far you are from pay day. In any case, next time you can’t decide between a good red and a can of coke, get amongst it and have both! Yummmmmy. Egészségedre!

This article was originally posted on WeLoveBudapest.com, and has been re-published here with permission.

Tagged
Travel Hungary
What did you think of this story?
Meh
Good
Awesome

13 reasons we should all move to Budapest

The 17 funniest Hungarian expressions (and how to use them)

Dear travelers to Budapest: Don’t come until you have understood these 6 things

10 of the most mind-blowing architectural spots in Budapest

33 awesome expressions to know before you travel to Hungary

12 commandments for living in Hungary