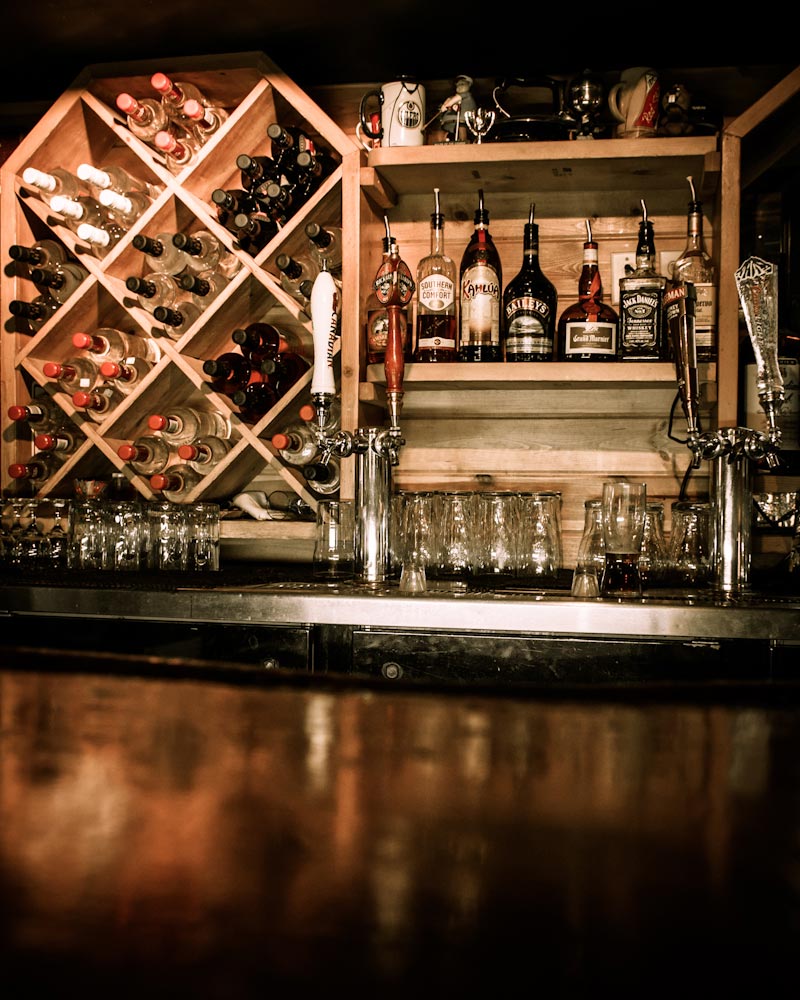 BANFF IS HOME to only 8,200 people, but it has plenty of bars that cater to its 4 million annual visitors. Just don’t expect to find locals shelling out for overpriced booze at a pub chock-full of tourists on Saturday night.

Here are 5 bars where I found locals drinking:

When I asked the bartender at the Banff Ave. Brewing Co. why he lives in Banff, he said, “I moved home [to Ontario] to go back to school. Seven years later, here I am back in the Rockies. The mountains just suck me in.”

It’s the beers that sucked me in. Banff Ave. is one of the few places in town to escape the usual Kokanee, Keith’s, and Pilsner taps. I had pints of Grand Fondo Red, Head Smashed IPA, and Banff Ave. Blond Ale. The latter’s description — no regrets in the morning after enjoying this blonde — proved true.

The Pump and Tap

Stuck in the corner of the Sundance Mall basement, the Pump and Tap is owned by “genuine British blokes” who started their stay in Banff the same way as most of their patrons: on a work-holiday visa.

Reciprocal agreements between Canada and its commonwealth siblings New Zealand, Australia, and England allow 18-31 year-olds to spend a year (or two for Australians) in Canada with a work-holiday visa. While the scheme is meant to allow visitors the chance to subsidize travel with seasonal employment, many simply move to Banff and work full time. They also tend to gather at the Pump and Tap to watch premiership football and eat fish and chips. 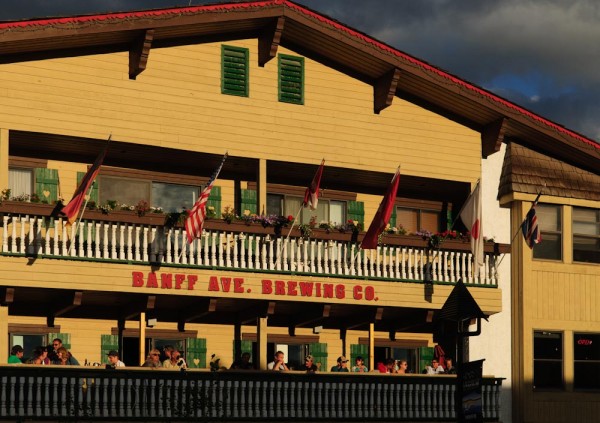 At Tommy’s, I had a single pint. Instead of making conversation, I listened.

Waitress: I hear you’re moving down under?
Friend: I turn 31 soon and lose the opportunity, so I said fuck it and got the visa.
Waitress: So you and your girlfriend are done?
Friend: Yes, and I know it’s the 25th time I’ve said that but this time it’s true.
Waitress: Do you work early tomorrow or can we get a bevy together?

When I first moved to Banff in 2002, the sports bar upstairs from Melissa’s Misteak Restaurant used to serve $2 highballs three nights / week. Even though I was only 17, my fake ID let me get smashed without denting my bank account.

While the prices aren’t quite as cheap now, the crowd is just as young and they want to get hammered. Mel’s is still the quasi-essential dive bar it’s been since I first walked inside. 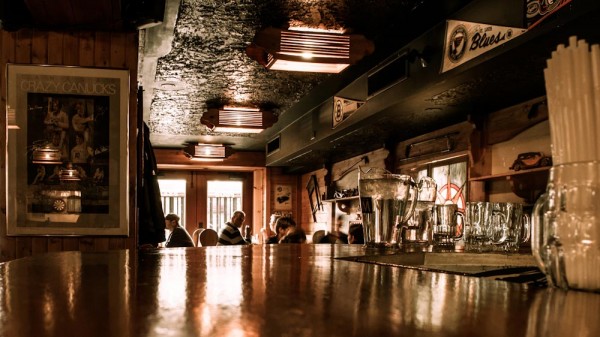 The Rose and Crown

Founded in 1985, the Rose and Crown is the oldest pub in Banff, and it’s still popular for two reasons: its massive rooftop patio and its live music.

The bar hosts music every day all year, except Christmas, and while management is determined to feature local musicians at least two nights / week, they see a lot of Canadian touring artists. Great Big Sea, The Sheepdogs, and God Made Me Funky have all played multiple shows at the Rose and Crown and continue to return to the small Banff stage despite their demand at bigger venues.

Tagged
Travel Insider Guides Banff, Canada
What did you think of this story?
Meh
Good
Awesome
✖
travelstoke
Download the mobile app
stoked by