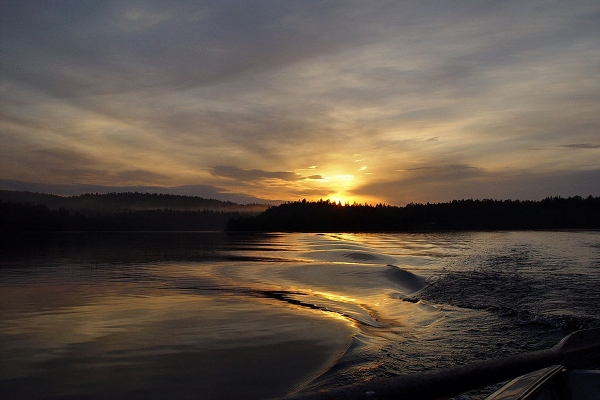 Nordic films are known for their difficult subject matter. One of the first films I ever watched with my Danish partner was Thomas Vinterberg’s The Celebration (Festen). The film focuses on a sexually abusive father’s sixtieth birthday and the allegations aired by his traumatized son at the party.

But challenging subject matter doesn’t mean they should be avoided. If the recent Golden Globe and Oscar wins for Danish director Susanne Bier and the select Scandinavian nominees included in this year’s Academy Awards have piqued your curiosity, or there simply aren’t enough Northern European movies in your life, here are five of the best curated festivals dedicated to documentaries, short films, and emerging Nordic filmmakers.

Celebrating the solstice in the midst of unending sunlight, the non-competitive Midnight Sun Film Festival takes advantage of the polar days in the Arctic Circle by screening films 24 hours a day over its four-day run. Hosted by a village known for little else beyond the festival, Midnight Sun prides itself on its unpretentious atmosphere.

Early morning chats with some of the world’s most famous directors show the organizer’s commitment to holding a uniquely accessible event, a sort of film-buff summer-camp. Frances Ford Coppola, Milos Forman, and Jim Jarmusch have all joined up-and-comers in small-town Finland over the years. 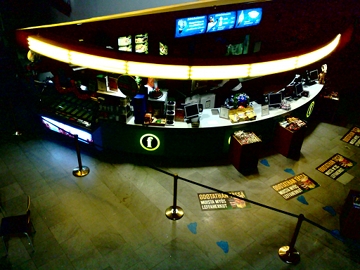 International festivals tend to include a range of genres and nations, and while the Helsinki International Film Festival (HIFF) is no exception, their “love and anarchy” tag-line is a theme that draws in an edgier crowd.

In recent years — including the year the festival was part of my own Helsinki honeymoon — they’ve screened surfing films, anime, and a documentary about former child soldier, Sudanese rapper Emmanuel Jal. In this Nordic capital city, a range of centrally located, cozy venues, all within walking distance of one another, make this annual autumn event one of the best film festivals in northern Europe.

HIFF tends to add last-minute screenings of the most popular films. Check with the box office in person. If you live nearby, also check if the Love and Anarchy tour will be coming to your town. In the past, post-festival screenings have taken place all over Finland.

Rotating between five cities in Sweden, Denmark, Norway, Iceland, and Finland since 1990, Nordisk Panorama is best known for documentary and short film showcases that focus on Nordic talent. Unlike festivals based in capital cities, this late summer film celebration moves between mostly secondary cities, offering a more intimate experience. Upwards of 70 films are shown each year, many with corresponding seminars that further delve into the contemporary issues addressed in the films.

If you’re hoping to get a first look at emerging Nordic talent or discover the next artistic movement a la the Dogme films, be sure to pay attention to the New Nordic Voices winner.

Offering a reprieve from the bleak Danish winters, CPH DOX brings films to Copenhagen every November that would otherwise never screen in Denmark — like last year’s sold-out one-night showing of Joaquin Phoenix’s highly anticipated I’m Still Here. See several dozen films over the course of a week, classified by theme — recent themes have included “Enjoy Poverty” and “Food on Film.” One major draw always includes the music documentary line-up, including an “Artist in Focus” bill selected by a musician or multimedia artist.

Though full of interesting descriptions and interviews, the paper program hasn’t offered a useful overview in years past, and the website doesn’t tend to be very user-friendly either. My solution? Pick out a range of films that you’d like to see and then check each individual listing online to create your own schedule. Most films screen several times; it’s only a matter of coordinating when to see which flicks.

I’d recommend researching the shorts before you commit to a two-hour screening of five-minute films. In years past, the showcases have ranged from hit or miss to wholly disappointing. No amount of free booze and cupcakes at intermission can make up for a batch of mismatched music videos or lack of narrative arc. 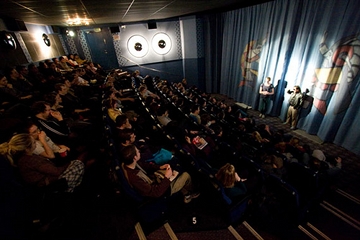 Q&A for the directors. Photo: VOY A EXPLOTAR

With a wide range of fiction features and documentaries, the 21-year-old Stockholm International Film Festival focuses on celebrating and honoring young or emerging directors, only offering prizes to filmmakers with fewer than three features under their belts.

During any given year, up to one third of the films screened will be from first-time directors. The top prize, the Bronze Horse, has been awarded to the films like Pulp Fiction, Winter’s Bone, and Lars von Trier’s Europa. In 2010, more than 400 films were screened during the festival’s ten-day run.

The official line-up is in November, however, SIFF Junior screens films for kids every April, and SIFF also hosts a free outdoor mini-festival of screenings for five days every August.

If you want to learn about more film festivals, we have Ten Great Film Festivals and One Stinkarooni or Five Film Festivals for your Travel Fix Between Trips.

These geometric tent-like cabins in Iceland are insane

The 7 best ways to spend your money in Iceland, according to locals