Cookies: This and all photos are property of the bars depicted unless otherwise noted.

Wanna party during your tour of Europe?

Then you have to visit Berlin, Germany, the city that separates the wheat from the chaff when it comes to 150% unchecked hedonism.

The city’s swath of large, empty spaces and tolerant ‘anything-goes’ attitude towards, well, most things, has resulted in a nightlife scene that’s the envy of most other capitals around the world, certainly in Europe.

Where else would you find clubs that you can enter Thursday and not exit until Sunday (see Bar 25)? Or where you can have a leisurely breakfast on Sunday morning then go clubbing for the entire day and night afterward (see Berghain)?

House and techno have soundtracked Berlin pretty much since the wall fell via pioneering clubs like UFO, EWerk and events like the Love Parade, and are still the biggest pulls here. In fact many international electronic luminaries – Richie Hawtin, Ewan Pearson, Ricardo Villalobos – have deemed the scene significant enough move here on a permanent basis.

Despite ongoing gentrification, Berlin’s bohemian allure is still very real, a fact underlined recently in Toby Rapp’s book “Lost and Sound: Berlin, Techno and the Easyjet Set,” which looks at how thousands fly to Berlin every weekend purely to party.

In celebration of one of the last great party capitals in Europe, here are the ten best clubs to get wild in. Hold on tight!

The club that most epitomizes Berlin’s hedonistic side, Berghain rose from the flames of the legendary Ostgut club to become one of the most renowned clubs in the world. 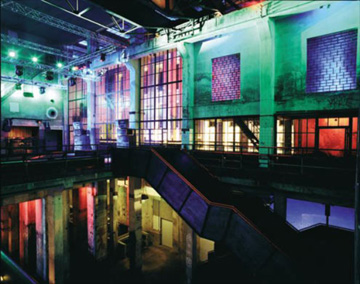 Looming over a bleak stretch of industrial wasteland between Friedrichshain and Kreuzberg (hence the name), this vast, imposing maze of steel and concrete — a former power station — includes an 18 meter tall main room plus a smaller room (the equally famous Panorama Bar) upstairs. Rather than describing the interior myself, this post on Slow Travel Berlin provides plenty of insight into the club – as well as illustrating the kind of obsession it provokes.

Some of the world’s best house and techno (and increasingly dubstep) DJs are handed as much time and space as they want to explore their art — little wonder clubbers from all over the world fly in to risk the notoriously fickle door policy.

The cavernous main room has traditionally been given over to robust (and sometimes relentless) minimal techno, but in recent years has branched out into dubstep and other sounds, while the Panorama bar usually serves up ‘lighter’ sessions of house and tech-house explorations. The best time to arrive is 5-6am on Saturday morning. If that’s too late for you, then pop in after breakfast on Sunday as the club runs right through into Sunday night, and sometimes later.

How to describe this one? Bar 25 basically confounds all expectations of what a techno club should be, yet still manages to be one of the best party places in the city. 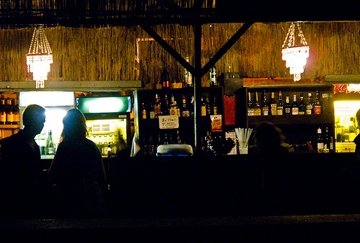 Located right on the river Spree, it’s ostensibly an adult playground consisting of beach-shack style bars and main dance area, a cabaret tent with reliably eccentric and art-house performances, and more recently a very good restaurant and a “hotel” (or rather, rooms you can rent on the premises).

The owners live onsite so the party basically only ends when everyone else gives up. Be aware that the club “closes down for good” almost every winter (the land around here is officially under speculation), but always seems to miraculously re-appear when the weather gets good again. Resident Advisor suggests its current location has closed down once and for all, but even if true I’m confident it’ll find a way back on Berlin’s party map for 2011.

Not quite as raw as Berghain or as legendary as Tresor, Watergate is nonetheless still one of the city’s major club spaces. 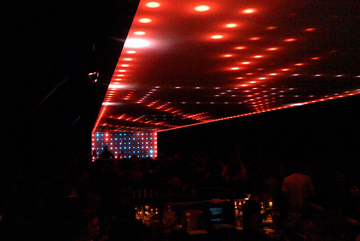 Its sexy interior — which features a crisp Funktion One sound system and world-famous LED light display that runs right across the main dance-floor — is much more in line with international styles, though it’s counterbalanced by a savvy booking policy that brings some of the best names in underground techno and house as well as high profile local talent like Ewan Pearson, Ellen Allien and former residents M.A.N.D.Y. (from the excellent Get Physical label).

Located beneath the beautiful Oberbaumbrueke Bridge on the River Spree, the outside terrace is a highly scenic spot to take a party pause.

Tresor’s history goes all the way back to 1988, as one of the legendary early clubs in the city.

This latest incarnation is actually the third, after the place closed down and reopened in new locations twice before. Tresor.3 now occupies a renovated power plant that offers three distinct floors: the Batterieraum, the +4 Bar (which has views of the old power station ruins), and a basement reached through a 30-meter long tunnel.

The music, as before, still tends towards hard techno, industrial, and acid. 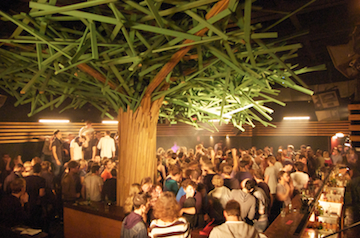 Slightly hidden away in an industrial area near the Hauptbahnhof (main train station), Tape is a relative newcomer on the scene but has quickly made a name for itself as a serious house and techno club.

Modeled vaguely on a NYC club, it offers a gold-themed upstairs bar for drinks, and a slick, dark main room (watch out for the art tree!) with a lovely, crisp sound system. Every few weeks the club also hosts an art event known as Tape Modern. Another deliciously tricky nightspot to find, Golden Gate lurks beneath the tracks near the Jannowitzbrücke train station close to the Spree.

Listen out for the shuddering bass or watch for the candles that lead to the main yard and the graf-splattered building. Once you’ve located the entrance, you’ll discover a couple of shabby rooms kitted out in second-hand furniture and completely dedicated to 2-3 day free-for-alls.

The crowds here dress down rather than up, turn up after 2AM and don’t leave until they really, really have to.

Located not far from the train tracks that run towards Treptower Park, Renate’s setting is also a semi-derelict house, though this one’s been more thoughtfully restored by owners who like to put the “art” into “party”.

There are a couple of bars, a ping pong table on the ground floor, and the decor tends to change with each party. The music is good here but the best thing is the crowd, a real bohemian assortment of students, hipsters, queers and freaks. Be prepared to make lots of friends — and not to be going home too early.

Having started life as a weekly party held in different locations, Cookies settled down into this incongruous central location (right on the corner of Friedrichstrasse and Unter Den Linden) a few years ago.

It’s only open on Tuesdays, Thursdays, and Saturdays, but manages to be constantly busy and buzzing with a mix of devoted regulars and techno-loving tourists. There are two rooms/dancefloors, at least one of which will be playing premium techno-house and the restaurant upstairs serves damn good high-end vegetarian food.

Weekend is probably best known for its peerless location on the 12th and 13th floor of a Soviet building on Alexanderplatz. 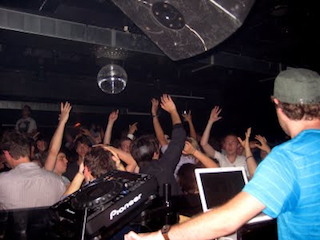 From the outside it looks bleakly nondescript, but jump in the lift and you’ll be transported to a chic space with panoramic views of the city, a rooftop terrace bar (summer only), and a mix of accessible house and minimal techno. It can get a bit touristy in the summer, but the music policy usually stays just the right side of underground, and on a good night it still packs a decent punch.

This Kreuzberg mainstay, transformed into a club space from an old post office, has a cracking sound system (Duran Audio), an excellent music policy, and a cool location, just across the canal from Hallesches Tor.

The music is mostly house, disco, and techno, but a particular favourite are the Wax Treatment events (held on one Sunday per month), which feature a unique spread of dub-wise sounds (from Jamaican classics through to dubstep), the promoter’s own sound system (Killasan) and authentic jerk chicken courtesy of Cris’s Roadside Cuisine.

How to plan for 2021 travel in the age of COVID, according to 23 travel agents
Everything Americans need to know about traveling to Mexico right now
The best stops on the Blue Ridge Parkway
7 countries you can’t enter if you have a DUI
13 airports where you can get tested for COVID-19 in the US