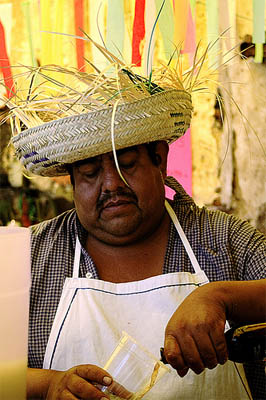 It’s summer, and no matter where you are, there’s no better time to explore and enjoy the spirits of the world.

You already know the Capirinha, the mojito, and the pisco sour… it’s time to challenge the bartender with one of these exotic cocktails!

In our guide to the world’s best cocktails, we take you from the Americas to Africa in search of lesser known libations.

Legend has it that the Michelada, a Mexican cocktail that boasts beer as its unlikely main ingredient, evolved in the 1950s, when the Mexican beer company Tecate introduced beer in cans.

The marketing innovation, which allowed bars to advertise cerveza bien helada (or “real cold beer”), eventually took on the name the “chelada,” with “mi” (“my”) eventually tacked onto the front.

The practice of squeezing a lime wedge and adding salt to beer is modified in this cocktail, as a tall frosty beer glass is rimmed with lime and salt and then dipped in a chile seasoning.

Add beer to a mix concocted with a dash of Tabasco or other hot sauce and a dash of Worcestershire sauce. Sprinkle a bit more of the chile on top for a fiery finish.

Ask for one at Pachamama’s in Lower Baja California.

This simple cocktail is a blend of 4 ounces of champagne and a half ounce of Crème de Violette (violet liqueur), which was not available in the U.S. until recently.

Crème de Violette, which is imported from France and Austria, is made of macerated violets from the Alps and has a deep purple color that makes an impressive cocktail with a distinct taste.

Find it on the menu at Hotel Costes Bar in Paris, which has an outdoor courtyard.

The best cocktails have a back story—preferably one about how difficult the ingredients are to source—and like the Violette Royale, the Elderflower-Pear Martini is made with a liqueur made in limited quantities and which was only recently made available in the States.

St. Germain, the elderflower liqueur, is made of elderflowers that are collected for just a few days each spring. The liqueur is perfect for a summer drink; mix 1.5 ounces of St. Germain with 1.5 ounces of pear vodka and top with champagne.

Serve in a martini glass garnished with a pear slice. Ask for it at Deep Blue Bistro (which doubles as an art gallery on the waterfront) in Sydney, Australia. 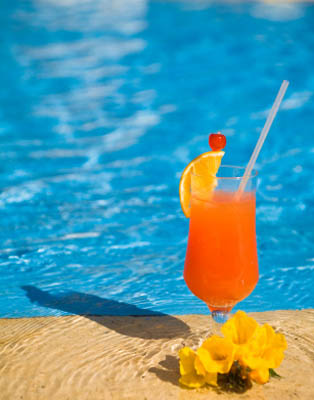 Mint is a classic ingredient in many summer drinks around the world—from the Cuban mojito to the Southern U.S. favorite, the mint julep—but it’s also an ingredient in peppermint somras, an Indian cocktail.

Ask for it at the Vie Lounge in Mumbai, which offers outdoor drinking on the deck with impressive ocean views.

Lithuania isn’t famous for its cocktails, but maybe it should be. In addition to offering a variety of local beers, Lithuania also makes its own liqueurs, including the honey based blend known as Krupnikas and the fruity Palanga and Dainava.

Krupnikas can be mixed with champagne, vodka, or gin in a dizzying number of combinations to produce cocktails that are simultaneously complex and light. Ask for Nectar of the Gods at the Sky Bar in Vilnius, which offers views of the city skyline from the 22nd floor.

More local liqueurs can be found in South Africa, center of production for Amarula, a crème liqueur made of a fruit, marula.

Belly up to the Oceanside bar at Baraza in Cape Town if you want to experience the African Obsession in the place where it was invented.

Terrible name, to be sure, but a delicious and refreshing cocktail. Celebrate the Beijing Olympics with a nod to the key ingredient in this cocktail, lychee liqueur.

Going to China? Ask for the cransoma at Beijing’s Emergency Room Bar. 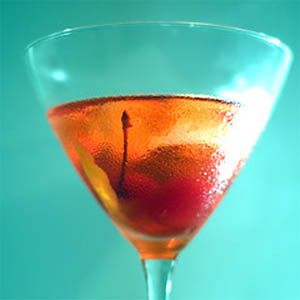 Portugal, of course, is famous for its port, so it’s no surprise that porto has found its way into the country’s signature cocktails.

Try it out at Resto in Lisbon, which provides sweeping views of the city and outdoor drinking in the courtyard.

The name says it all. Vodka, tequila, cachaca, lemon juice, red grapefruit juice, and a hint of lemongrass are mixed together in this refreshing drink.

Ask for it at the unfortunately named Betty Ford Bar in Tel Aviv.

You probably don’t want to make this one at home, as the complexity level is high and the variety of ingredients makes the work involved intense, so swing by the Awale Bar in Cote d’ Ivoire’s capital, Abidjan, to enjoy this light, summery cocktail made of hibiscus flowers, ginger, vanilla, mint, orange flower water, lemon juice, and pineapple juice.