1. “Please hurry up reviewing my submission. I have a family emergency [or health problem or other urgent need to make some cash] and need the money, even though you pay less than other publications.” 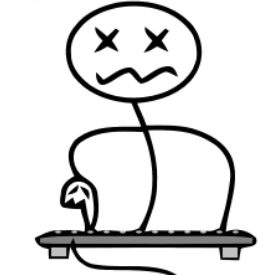 This message—excerpted from an actual e-mail we received recently from a writer whose work we’d never published before—was problematic for a few reasons.

First, the writer was imposing his or her own sense of time and urgency upon the editor and the publication’s established process for reviewing submissions. Most publications, print and online, receive dozens, if not hundreds, of submissions every week. We actually read and respond to every one of them.

Doing so, however, takes time. It’s unfair to expect that your article will be fast-tracked for any reason, and it’s unreasonable to pressure an editor to work more quickly. If you’re looking for job stability and a regular paycheck, writing probably isn’t the best profession for you.

Second, the writer was making his problem the editor’s problem. Though it’s occasionally appropriate to disclose your personal circumstances, that’s often only the case when you have already established a close working relationship with an editor. Remember: the relationship between a writer and an editor is one of collegiality. You need to remain professional.

Third, the writer’s message assumed that we would be publishing his article. It was presumptuous.

Finally, the writer gave a passive-aggressive jab about the article pay rate. If you don’t feel comfortable with a particular publication’s rate, then don’t waste your time or the editor’s time by compromising yourself and arguing over dollars and cents. You’ll only regret your decision later.

2. “I’ve submitted this article to three other magazines.”

Not only should you not tell an editor this; you shouldn’t DO it. Multiple submissions may seem to be a time-saving device for you as a writer, but they’re a time-waster for editors.

Reviewing a writer’s submission is a time-intensive process requiring thought and attention; it often involves multiple members of an editorial team. If you’ve submitted your article simultaneously to other publications and one picks it up before the others do, you’re forced to notify the editor that the piece has been accepted elsewhere.

3. “I submitted an article a few weeks ago. Are you going to publish it?”

We encourage writers to check on the status of their article if they haven’t heard from us within 4-6 weeks after submitting. However, including some identifying information—such as the name or topic of the article—is not only helpful; it’s essential.

What are three other things you should never tell an editor? Read our first article on the subject here.