WE TRAVEL TO PLACES ON A MAP. Places we have heard about, one way or another for one reason or another. We travel to geographical features. Mountains. Rivers. Oceans. Reefs. Waves. Cities. There are lofty goals and ideals to be sure. Lose yourself. Find yourself. Experience the unfamiliar. Open eyes and minds. Shit like that.

No doubt it all happens although never in the way you think… Some might claim they travel in search of “culture” or as it was recently elucidated to me by a young, blissed out traveler in the Gili islands when I asked why she was traveling: “to, like, have a cultural experience.” She must have seen my revulsion to the expression and she quickly added “and to meet some cool people.”

There it is. I would have preferred the term “interesting” or “exceptional” but “cool” will have to work. Despite the reasons why we end up in some dot on a map, it is always the people we share our time with that will define the place in our minds. Other travelers. Locals. The people we came with. Shared laughs. Shared suffering made eminently more tolerable because everyone is suffering together. Hour long conversations about the meaning of life using a few shared words and hand signals.

After 10 years on the road traveling for fun and work, it is the people that I’ve met and shared time with along the way that stand strongest in memory. Here are a few of the faces in the crowd that have given shape and depth to the places on a map. Enjoy the ride. 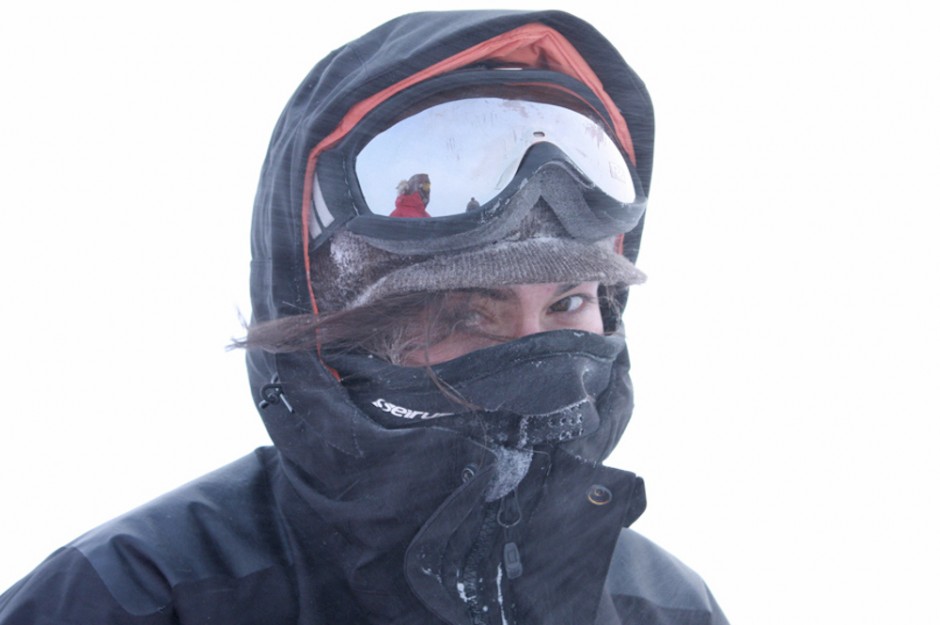 Anastasia Kim in Svalbard. Hailing from Siberia, the daughter of a Russian beauty and a Korean banking magnate, Anastasia (Tash as we all would come to call her) wanted to spend her spring break from fashion school in London on an exploratory trip to the arctic archipelago of Svalbard in search of polar bears that I was covering for a story.

Eyes were initially rolled at the 18-year-old fashionista but she quickly proved herself one of the toughest and most capable members of the expedition team. Instead of polar bears we found some of the harshest conditions on earth with temps that hit -50 F and a 5-day storm that buried our camp. I shot this on the third morning of the storm and Tash was helping us dig out a tent that had collapsed under the drifting snow. She has gone on to participate in a number of polar expeditions and is currently on the ice in northern Greenland. 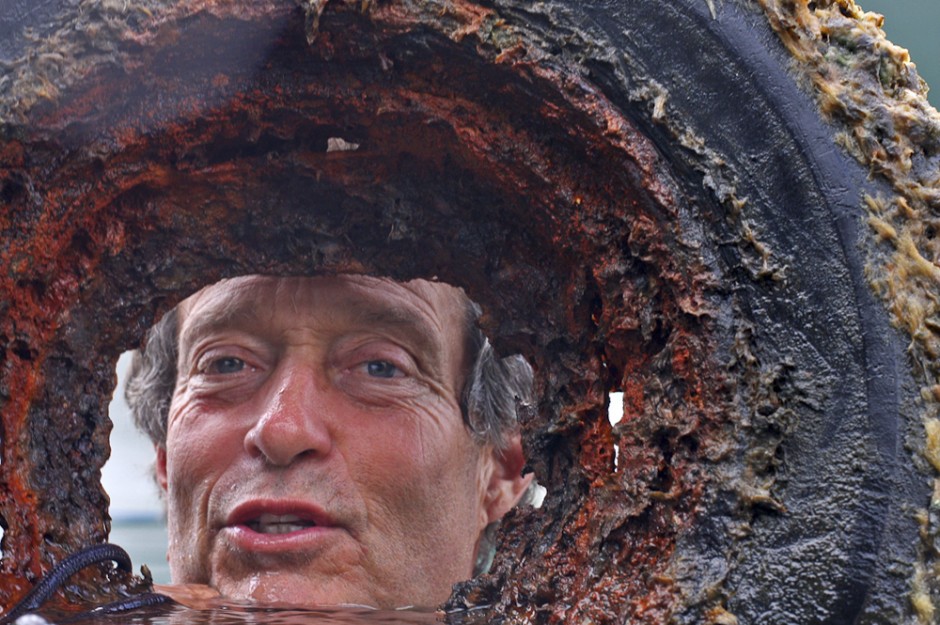 Captain Charles Moore was sailing across the Pacific when, a few hundred miles north of the Hawaiian islands, he encountered what was to become known as the North Pacific Gyre. A mundane term for a massive collection of debris, primarily plastic, floating in and polluting the ocean. He was horrified with the scope of the pollution and founded the Algalita Marine Research Foundation which has been dedicated to gathering data and raising awareness about the damage plastic is doing to our oceans.

This was shot in the filthy water of Kewalo harbor for a story my brother and I were doing for Rolling Stone magazine in 2009. Capt. Moore is the epitome of a normal guy who stumbled across something he couldn’t ignore and decided to do something about it. Check out this short film to see more about Capt. Moore and his mission. 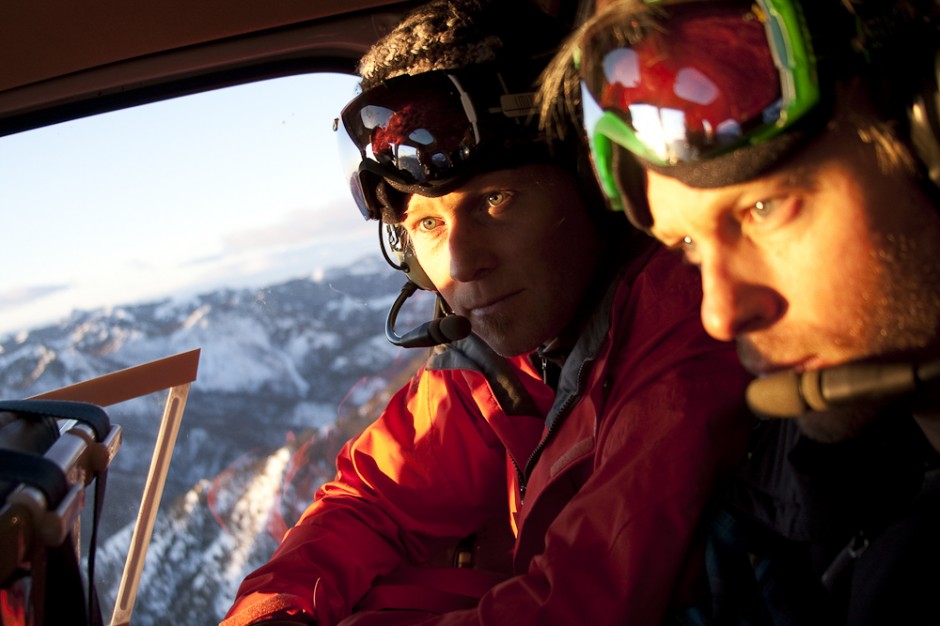 The Crist brothers have been a constant inspiration to me since I was a middle school grom watching them race world cups, star in countless ski movies, and win X-game gold. My first trip to Alaska was at their invitation as were my first forays into the backcountry around our shared hometown. The first photo I ever sold was thanks to Reggie who sat me down in the snow early one morning and very bluntly said,

“You stand there and when the sunrise hits that little ridge there I’m going to do a turn and you shoot it. Don’t blow it.” The next day I had sold my first photo to one of his sponsors. They have both matured into incredible guides and I’m lucky to call them both good friends and there is no one I would rather spend time in the mountains with. 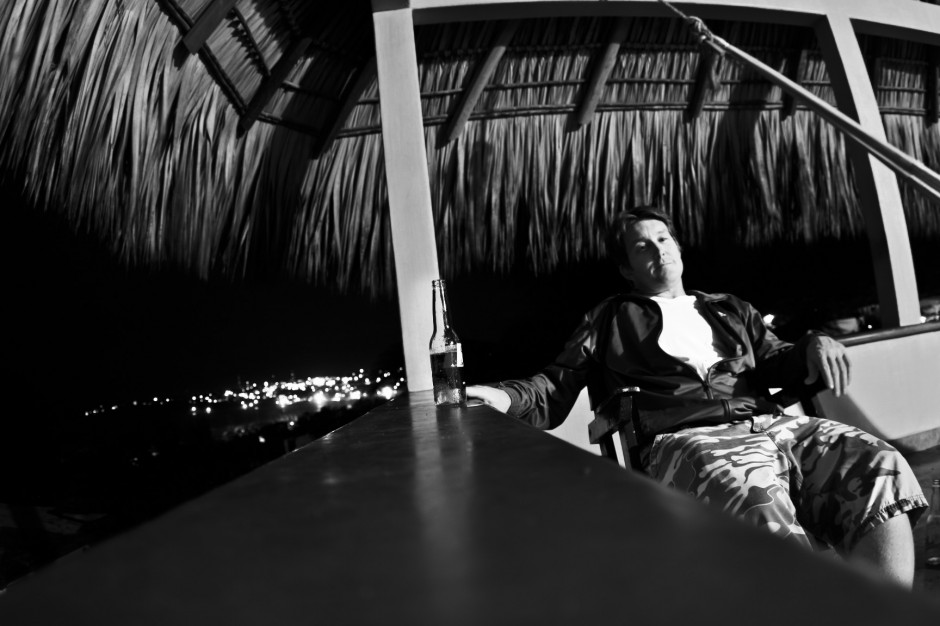 Mother nature plays for keeps. Noel was a legend among all those who spent time along the Sonoma coast or down in Puerto Escondido. On May 7, 2010, the Puerto waves he loved so much took his life. Noel’s humility, positive attitude, and twisted sense of humor were as strong as his surfing ability.

Many a morning it was his words of encouragement shared over a pot of the strong black coffee he would make every morning that got me out in the water on days that scared the shit out of me. This was shot on one of the last nights I saw Noel. The waves had been firing all day and we had just feasted on a bowl of his famous black beans. Cold Coronas in hand and all was right in the world. 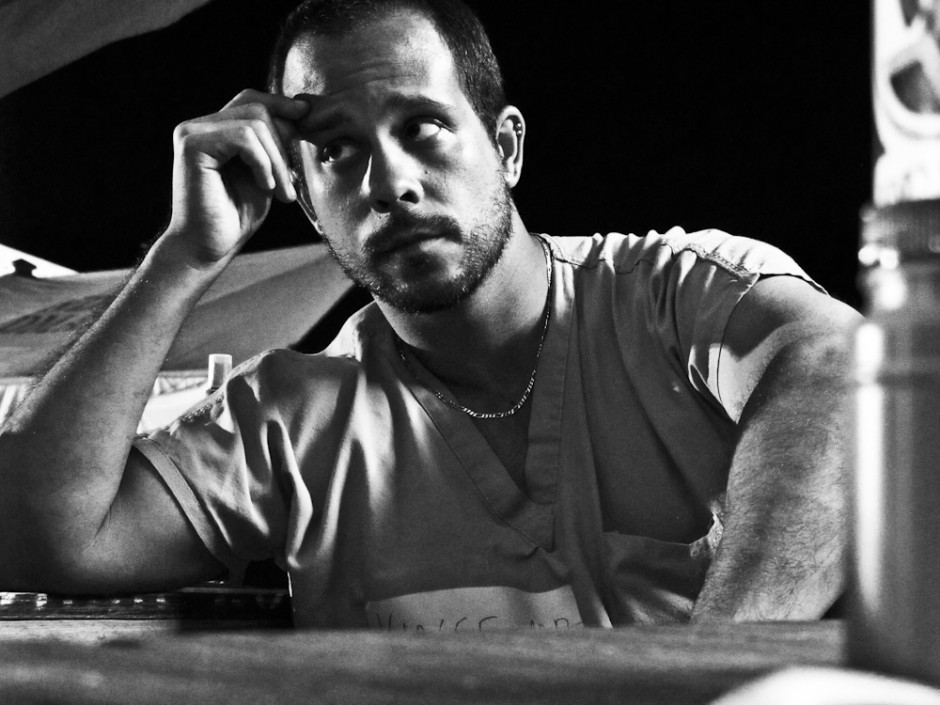 Vince was the doctor in charge of the Medishare field hospital in Port-au-Prince, Haiti while I was down there. I met him several months after the earthquake and was blown away by his calm-under-intense-pressure in some of the most difficult working conditions I could imagine. He had been there since day one and I can only imagine the horrors he had seen.

This was shot on the very long night when over 20 patients, who had been seriously injured in a truck wreck, were brought in. It was something that would have overwhelmed many trauma departments stateside yet Vince and his team managed to save every single person that night. When I find myself in difficult or trying circumstances I often ask myself what Vince would do and act accordingly. 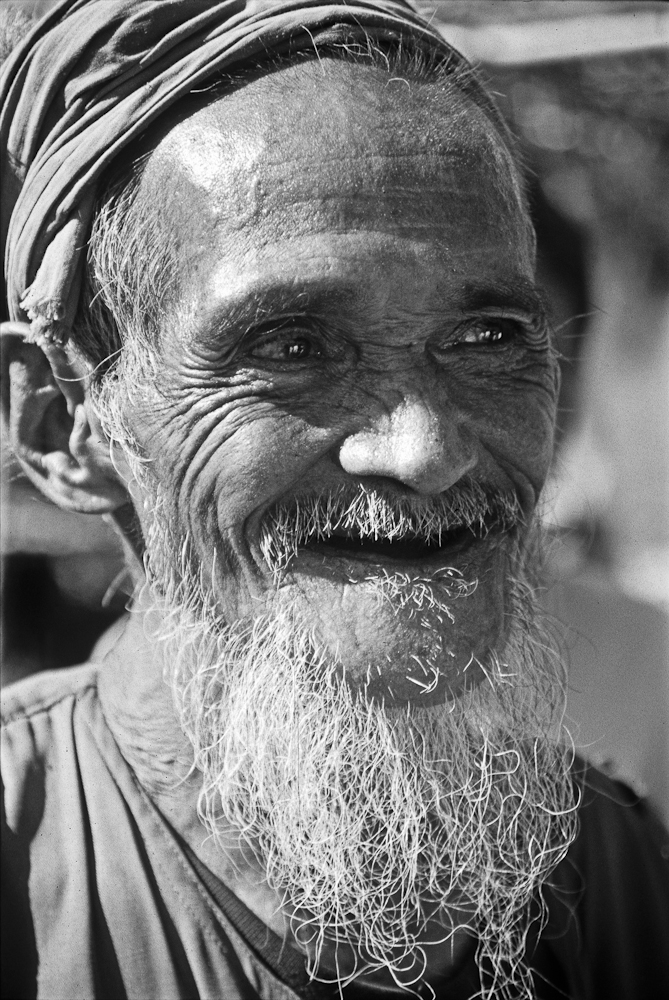 The old man was smiling. Deep in the hinterlands on the island of Sumba I came across a small market being held in the remote village. Many of the people there met us with cold stares as we were clearly well out of place and probably unwelcome to some degree. I was about to leave when I noticed the old man smiling and waving at me. As I approached he offered me some betel nut and asked in severely broken English if I had any cigarettes.

I handed him a few and we began to talk, although we mostly used sign language. I couldn’t pronounce his name and he just smiled and shook his head when I tried to get him to say my name. Guess it didn’t matter. He had been a captain in the Indonesian navy and had seen a bit of the world. We laughed and smoked. I asked to take his picture and he smiled again. As our smokes wore down he looked at me and asked rather plainly if I knew what I wanted out of life. I shrugged and he simply said “die smiling.” Some of the best advice I’ve ever received, for to die smiling means you’ve lived your life well and that’s all anyone can hope for.