You know the mixed blessings presented by tourism. The economic benefit: obvious. But — with success comes a flood of tourists, leaving your citizens jaded and soulless with nothing but shitty jobs running souvenir t-shirt shops and ice cream stands.

So, how can your country cultivate such wondrous potential while steering clear of its pitfalls? Look to Cape Verde, an archipelago of unrivaled beauty and adventure…that no one has ever heard about.

Step 1: Have an inconvenient location.

Position your oasis way the hell away from anywhere anyone wants to go. The mere presence of a single beach can be damning to countries within the reach of Europe or the US, so guarantee yourself a sufficient distance from places where people have enough money to waste on travel for the 1-4 weeks each year they’re free from work.

No matter how amazing your attractions, having few to zero nearby destinations and, if you can, some unsavory neighbors, will keep the discount flights off your track. 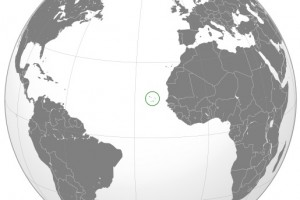 Notice how Cape Verde plays this card to perfection: require many incoming tourists to fly through smaller, more frightening airports like Fortaleza or Dakar. Take it a step further by placing the prospect of local air travel or vomit-inducing boats between would-be shutterbugs and any of the other nine annoyingly unique (and thus, mandatory) inhabited islands of the archipelago.

For overland in-country travel, ensure that visitors learn the merits of cobblestone highways: the local mini-bus service may be convenient and cost-effective, but the adorable quaintness of rock-laden roads should work a very bumpy reminder into tourist butts.

Spanish is far too chic nowadays to effectively protect you from the thousands of Australians just waiting to be unleashed for their gap year; French carries too big of a risk of opening yourself up to the snooty Study Abroad crowd currently roaming southern France; English — well, that would serve to include everybody, so where’s the fun in that? 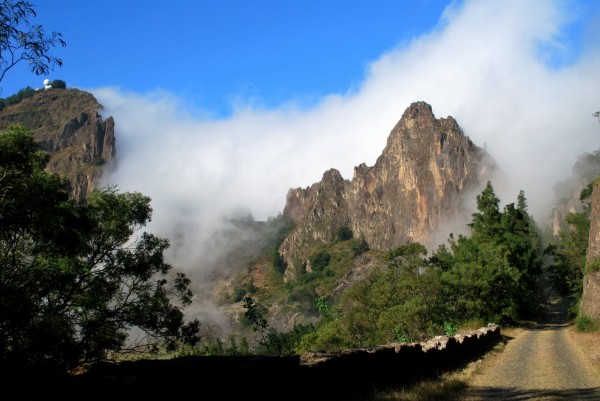 Beautiful, but bumpy. Don't even think about installing a bikeshare.

Thus, our solution: keep your Latin roots while minimizing the amount of times you must pronounce words like “Bar-tha-lona” with a lisp by going with…Portuguese. Cape Verde’s native kriolu dialect and music enhance the effect, guaranteeing that no foreigner will ever be mistaken for a local.

Speaking of music: use it wisely to further weed out those who really want to “blend in with the locals.” While it may not be a big deal if a tourist can’t participate in the impromptu singalongs at the village festa, catching them off-guard doing the loosely veiled sex-thrusting dance at the local disco is something else altogether, so be sure to include some sort of melodic, beat-driven elements in your homebrew of lively, enchanting musical heritage.

Step 3: Use Lonely Planet to your advantage.

If you’re anything like most tourism boards, you might view a writeup for your country in the Lonely Planet West Africa guidebook as a death sentence. And it’s true: after reading about all the “spectacular” natural waterfalls in Burkina Faso, the “unforgettable” mountains of Guinea, or a “magical” ride on the Niger River, most of us hit our superlative limit.

Just imagine how Lonely Planet’s Cape Verde author must have been tearing his hair out seeing all of his justly used adjectives abused on the sub-par attractions that characterize most of the rest of the region.

But the good news is that for you, Lonely Planet’s overly positive, pro-“everywhere” travel approach hides the true gold among the fake, and throws the hippie backpack crowd off the trail: exploring cobblestone streets while enjoying epic views off wide-open colonial plazas becomes watered down amongst the flora and fauna of Togo.

And because you’ll hopefully be near destinations where sipping a beer and gambling at a street-side roulette stand is frowned on, you’ll be free to take part in this awesomeness, resting assured that not a soul within a thousand miles knows the joys of pork blood sausage.

Warning: This does not apply to French tourists, as they are immune to LP’s advice after years of being brought up on the Routard. Be prepared for male short-shorts.

Step 4: Make them work for it.

Assuming you’re in a tropical locale, most village-wreckers won’t ask for anything more than a nice beach to hang out and catch some sun. Don’t let it be that easy.

Overload your guests with options to the point that they’d rather just stay at home. Throw in a choice of white or black sand and then make it even harder on everyone by offering world-class waves. The vast majority of the human population is inherently incapable of surfing, but that doesn’t mean they won’t feel obligated to try if given the option. 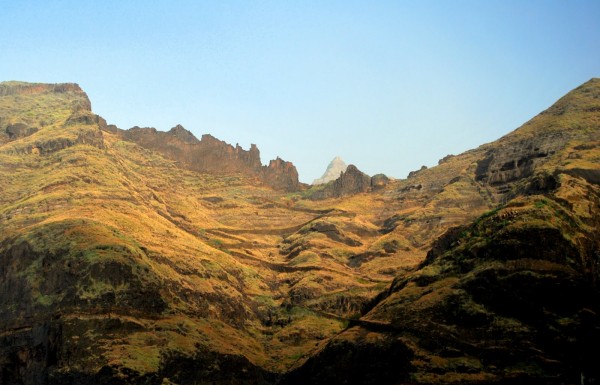 Yeah, that kind of view.

If you can, plop down a volcano that provides above-the-cloud vistas of the country amidst an obsidian-coated alien landscape. 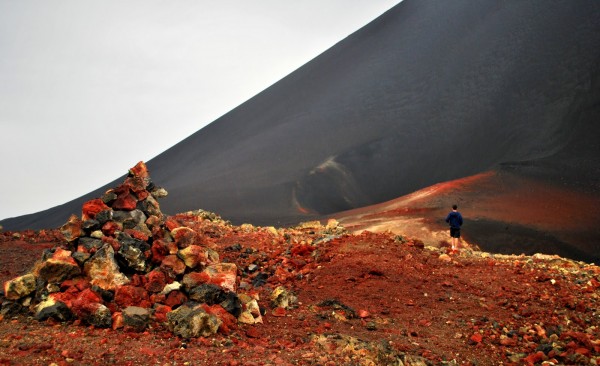 Finally, when ease of access can’t be avoided, do your best to limit iconic photos that will inevitably only draw more attention. Cape Verde’s strikingly green mountains and terraced valleys do their best to evoke Machu Picchu, but there’s nothing better than a few strategically placed power lines to keep your country out of the travel books. 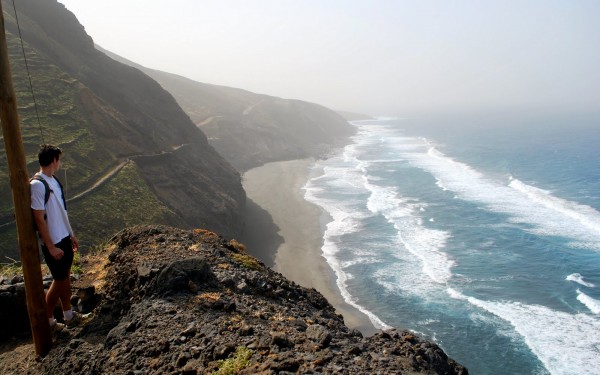 Where the telephone poles go, the tourists do not -- well, not often, anyway.

Try as you might, some tourists will inevitably make it through. Yes, they may be confused by a lack of communication, overloaded by a meaningless guidebook, and physically exhausted by all the beautiful sites, but in the end, they’re here and you’ll have to deal with them. How about a drink?

Alcohol is vital to a laid-back and socially progressive society. If you’re currently facing the scourge of sobriety, there’s no better way to wash away cultural and social conservatism than through a few days and nights of relentless liver damage. 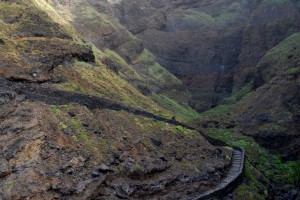 After this kind of walk... yeah, everyone deserves a drink.

In Cape Verde, cheap, under-carbonated Strela beer is a satisfying compliment to deliciously oily and fry-heavy food, and the deceptively alcoholic rum ponche seems to have a flavor derived from every single thing grown on the islands, including coconut, mango, papaya, and even peanut.

In fact, drinking is so ingrained in the national psyche that it’s not unnatural to see businessmen taking shots of the hard sugarcane grogue on their way to work, and roadside vendors selling whiskey by the gulp or in small plastic bags to go. Even women get in on the action, mingling, drinking, and dancing alongside groups of men in the local bars and clubs — a scene unheard of on the West African mainland.

So, if you follow this guide to perfection and the tourists still come your way, take heart: you’ve done your best to keep a low profile, and we can’t all be as good as Kyrgyzstan. And there’s always hoping the mesmerized tourists will be too fucked up to open a souvenir stand.

Tagged
Cabo Verde
What did you think of this story?
Meh
Good
Awesome