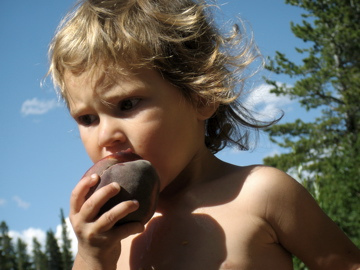 It’s been since the Spring since I’ve pumped out a From the Editor note. Far too long.

Since then we’ve had so many changes, so much progression at Matador it’s good just to stop for a second and go through some of the highlights.

That seems like an August thing to do–to soak up and savor wherever you are and whatever you’ve been doing over the last summer, to go back over it one last time before it’s back to the Fall, the school year, another transition.

Here are a few highlights, in no particular order:

* The Traveler’s Notebook migrated all topics (travel jobs, travel advice) to other blogs in the Matador Network , and began focusing exclusively on publishing travel narratives, notes, and journal excerpts, as well as articles on travel writing, photography, and video.

* Various Matador members have published books. This includes, among several others, Beebe Bahrami, whose book, The Spiritual Traveler Spain–The Guide to Sacred Sites and Pilgrim Routes, was published in May 2009, and Nora Dunn, whose book 10,000 Ways to Live Large on a Small Budget, was also published this May. Other Matadorians are just about to publish books, such as James Workman whose work, Heart of Dryness is already receiving advanced praise from literary giants such as Rick Bass and David James Duncan.

* In probably the biggest news of all, we’ve spent the last 7 months working on Matador’s first educational component, MatadorU. The first course offered at MatadorU will be a Travel Writing School unlike anything else on the web or in print, a true step by step guide that lays out exactly how to become a professional Travel Writer.

Happy final weeks of summer to everyone at Matador.