At the militarised border crossing closest to Tiraspol, just metres away from the Republic Moldova (which, unlike Transnistria, actually exists), I really was deep in former Soviet lands. And away from prying eyes, sitting inside a very small room.

Two uniformed militia men had asked me to step in for “chat.” The door shut behind me. They glanced at my stack of passports — mine, and my four travel companions’ who were waiting outside. It wasn’t exactly good cop / bad cop. A young guy, who spoke a little English, and his boss — an older man, thick mustache, chest full of military medals…perhaps his overall look and demeanor could be described as nonchalantly dictatorial. The location, the cheap wood-paneled decor, the men — all genuine Hollywood material. But this was real life, in the so-called nation of Transnistria.

The older guy enjoyed looking over the rim of his glasses. I was asked to sit down at the little table and explain just why I hadn’t checked in earlier with the militia in the capital city of Tiraspol. It seemed that an important stamp was missing from one of the in-triplicate carbon-copied documents I had received four days earlier at the very same location. But really, all we were about to discuss was how much cash I would need to hand over before I would be allowed to leave Transnistria. Not enter, but leave. After spending four days in Eastern Europe’s most magical breakaway militarised territory, at this point nothing surprised me.

Maybe they would be interested in accepting the crisp twenty Euro note that I had earlier placed in my right pocket.

I was bribing my way out of a “country” that isn’t recognised by anyone except members of the two or three other former-Soviet breakaway nations. On a small piece of paper, it was suggested that I pay 18 Euro per person (there were five of us). The alternative was to go back into Tiraspol and register with the militia — who would charge me 345 Euro per person. After I paid that, we could all return to the border, at which point we would all be allowed to leave. I told the militia we didn’t have access to 345 Euro per person, and suggested that I would rather just live in Transnistria forever. He basically said, yes, that’s the only possible alternative to coming up with one thousand, seven hundred, and twenty-five Euros.

Considering my options, and speaking on behalf of four others, I suggested to the guards that Transnistria wasn’t such a bad place, and would they mind if I thought about it for a minute before determining where I would live out the rest of my days. Or, maybe, they would be interested in accepting the crisp 20 Euro note that I had earlier placed in my right pocket (four days in Transnistria had taught me to be prepared for such situations). I pulled out the note, snapped it twice, and used both hands to carefully place the money on the table, aligned perfectly in front of the older guard. Cold, hard, cash. Take it or leave it buddy. Your move, old man.

Neither seemed impressed with my flippant attitude to bribe negotiations or systemic militarised corruption. They didn’t look twice at the 20 Euro note. The young guy translated — in summary, 20 Euros would simply not be enough. Now, this wasn’t the first time I’d played the old “bribe the corrupt official” game in Transnistria. So I decided to play hard ball. He was at 1,725 Euros, I was at 20. Time for me to get some hand in this game, and wrap up this little charade.

I showed him a page I had prepared in anticipation for this eventuality. Flicking through my notebook, I said out loud, “Ahh, there it is.” I held it up so he could clearly see where I had written in large letters: “TRANSNISTRIAN ANTI CORRUPTION OFFICER.”

Below that, a local phone number. In big numbers. I tapped the page repeatedly, nodded, and raised my eyebrows up and down. Yes buddy, that’s right. Check, mate. I told him I knew the Transnistrian official who oversaw this sort of thing, and that perhaps I would need to give him a quick call as I was sure he really didn’t like the very few tourists that dare visit Transnistria being treated like this.

Translated, the old guard said he didn’t give a shit. He told me to get out of his office, and that I should take my friends back to the city and pay the 345 Euro, per person. I walked out, gathered my thoughts, and gave an update to my friends. After a few minutes, I walked back in with a new plan. Once again, the guards asked me to sit down at the small table.

“Did you call your friend?”

They were both smirking.

I told them that, no, I hadn’t yet called the Anti Corruption official, but the good news was that I had found some more Euros in the car, and I now had 30 Euro to offer, to cover all five of us.

Looking at each other, a few words were exchanged, and they both shook their heads.

Thirty wasn’t going to be enough. However, after the amazing time Transnistria had showed me over the last four days, I was feeling it would be wrong to end this visit on a sour note. Despite not being surprised by this situation, a feeling of annoyance was building inside me. This was starting to get old. There was driving to be done, and it was time to get moving. I upped my insolence levels, and basically said look old man, that’s all you’re getting, seriously, what the fuck, I’ve had enough of this place and want to just get the fuck back to the real world.

After a bit of discussion with his colleague (in Russian, the local language of choice) the old man pointed out the window, towards the Transnistrian border line and slowly, firmly, disappointingly, slightly angrily, said — get, out. I thanked him, walked back out to the cars, saw my friends, and said let’s go.

We drove across the border, two cars, one with Dutch plates the other with French, through no-man’s land past the tanks and the men with big guns. Then, we just kept driving as far as we could. Back into normality. Crossing back into the official countries of Moldova (where a border guard had just four days before offered the advice of “good luck” as we drove into Transnistria) and on into Romania, heading south through Bulgaria, into Skopje, Macedonia, and finally stopping in Berat, in a remote part of Albania. 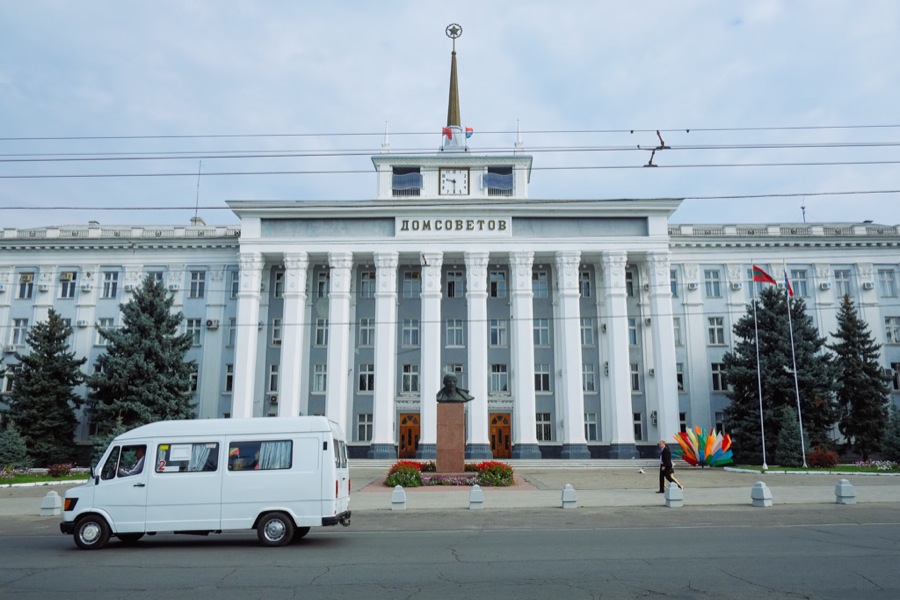 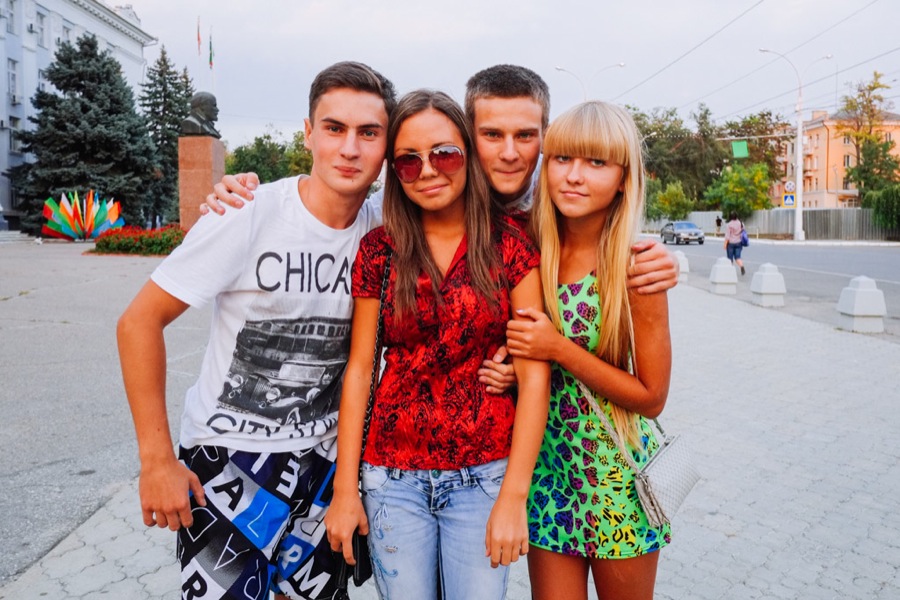 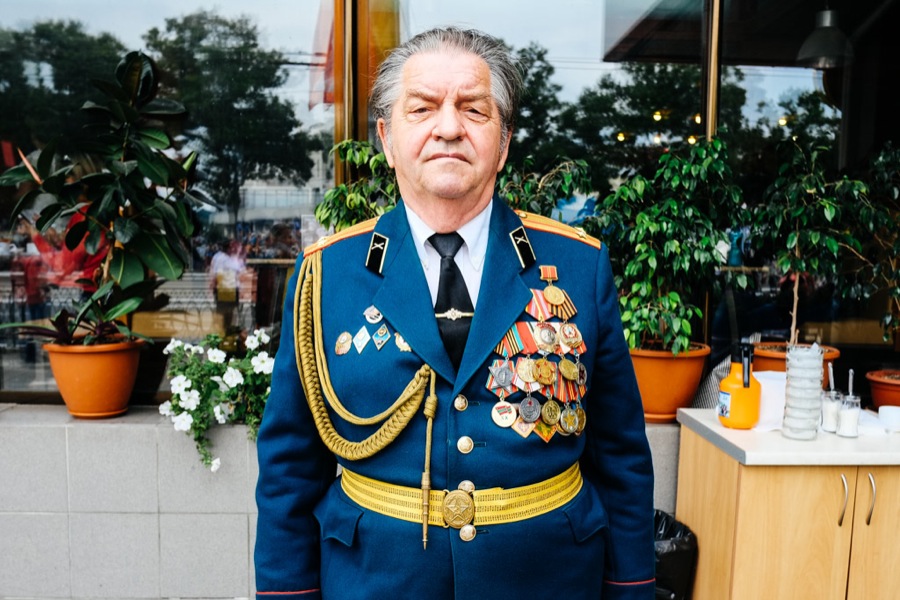 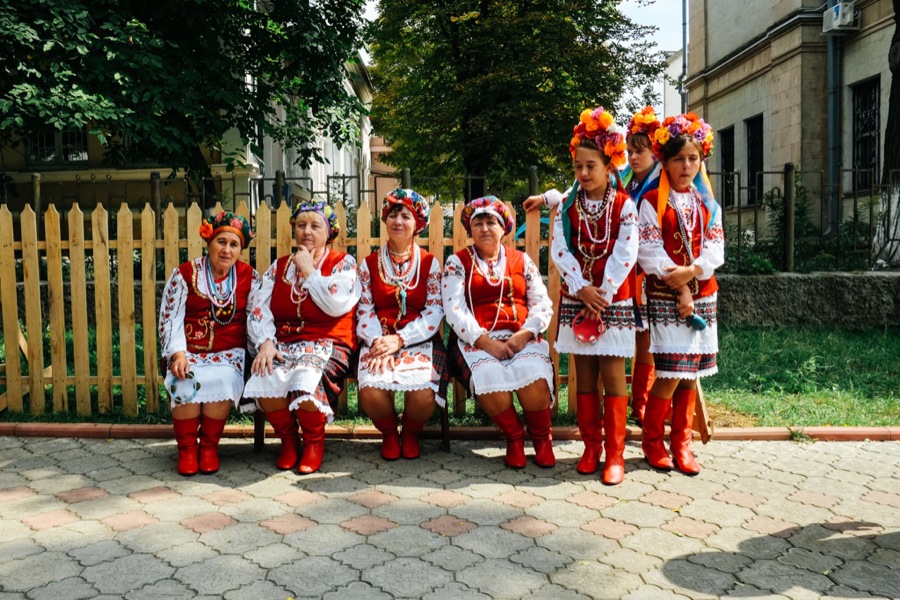 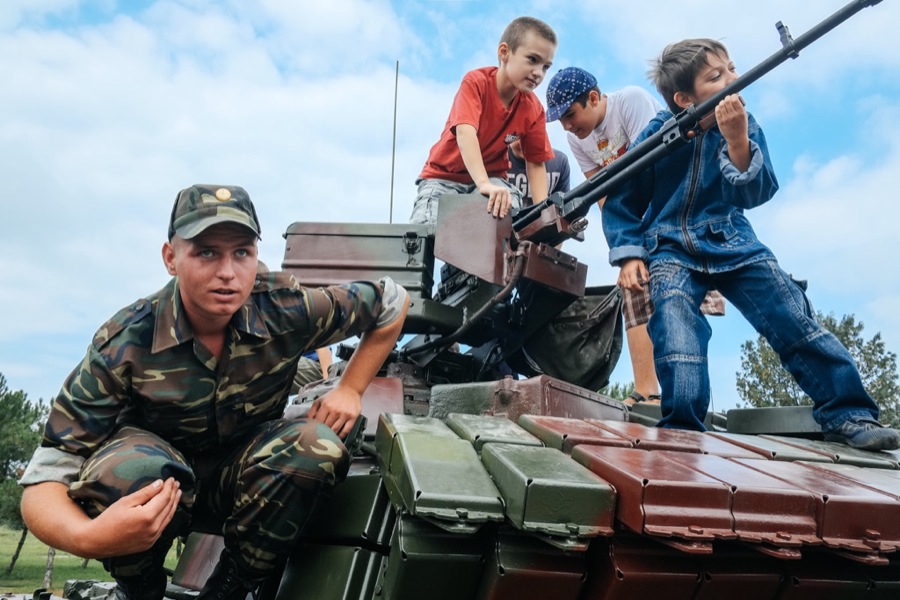 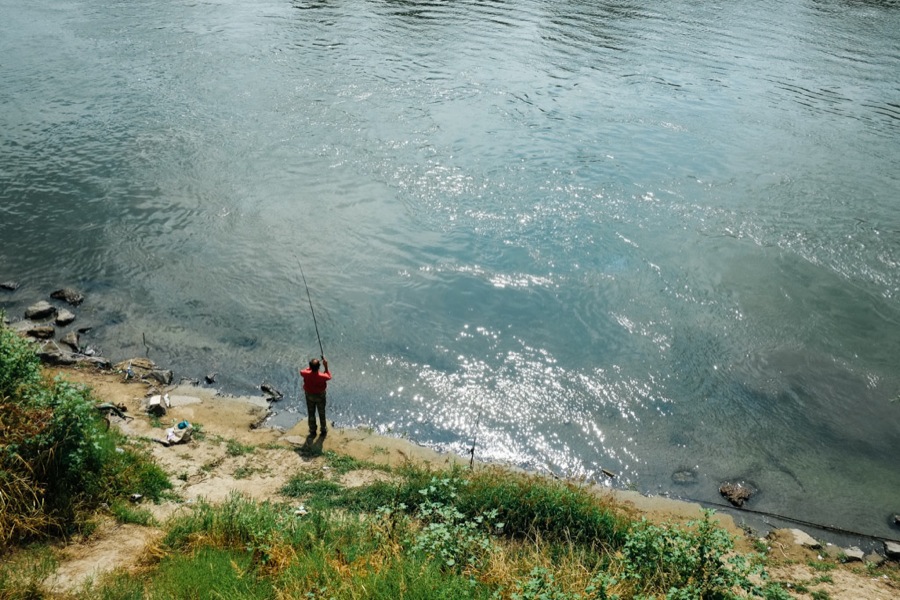 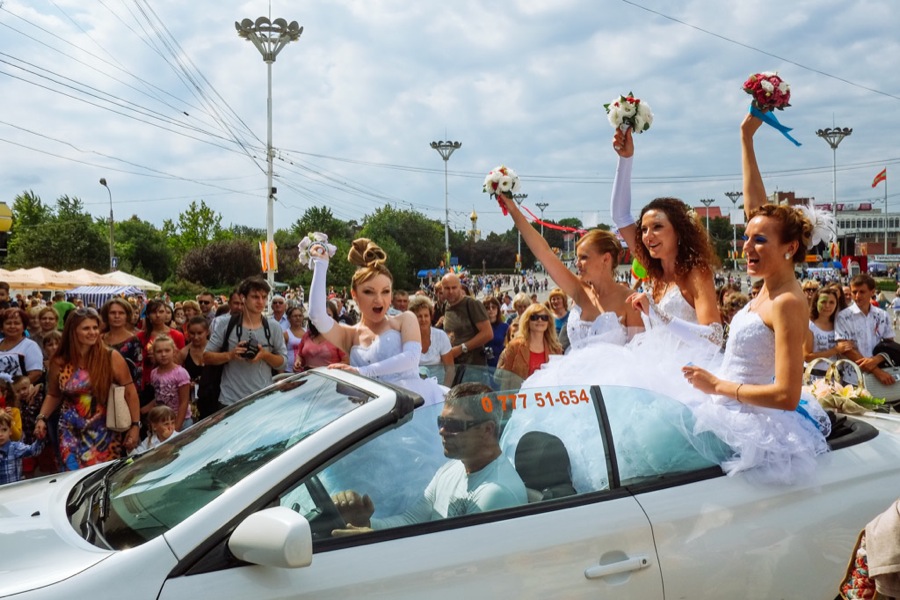 Brides on parade. My favourite part of Tiraspol, Transnistria. 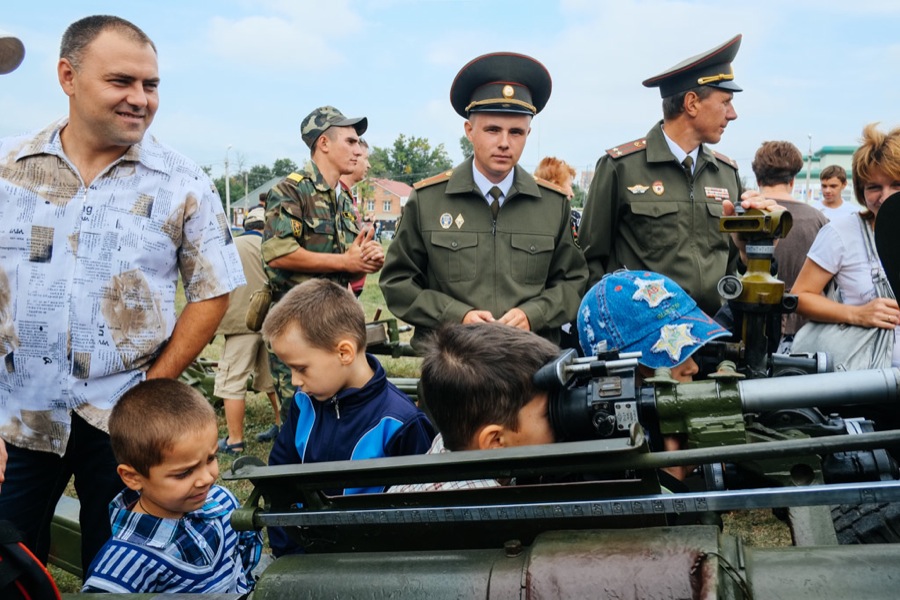 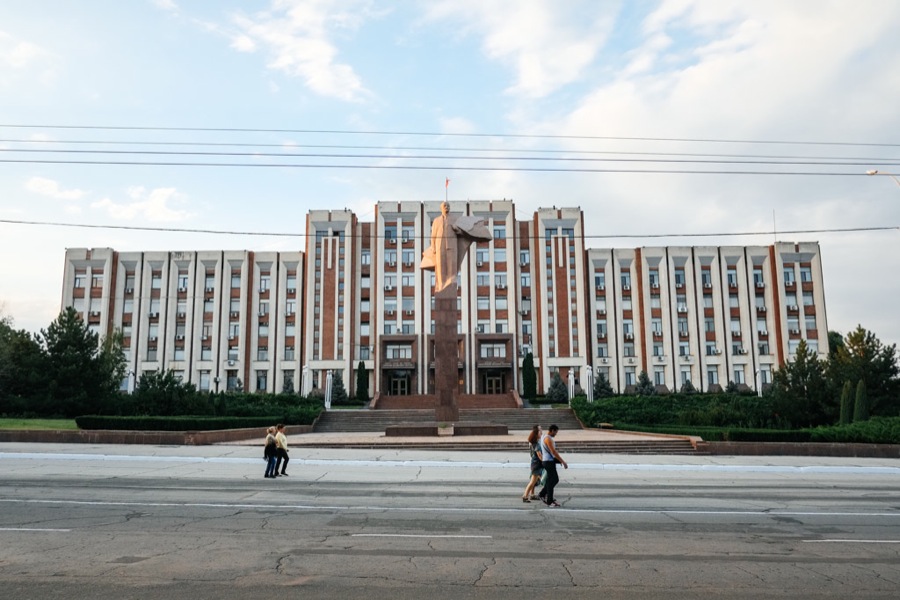 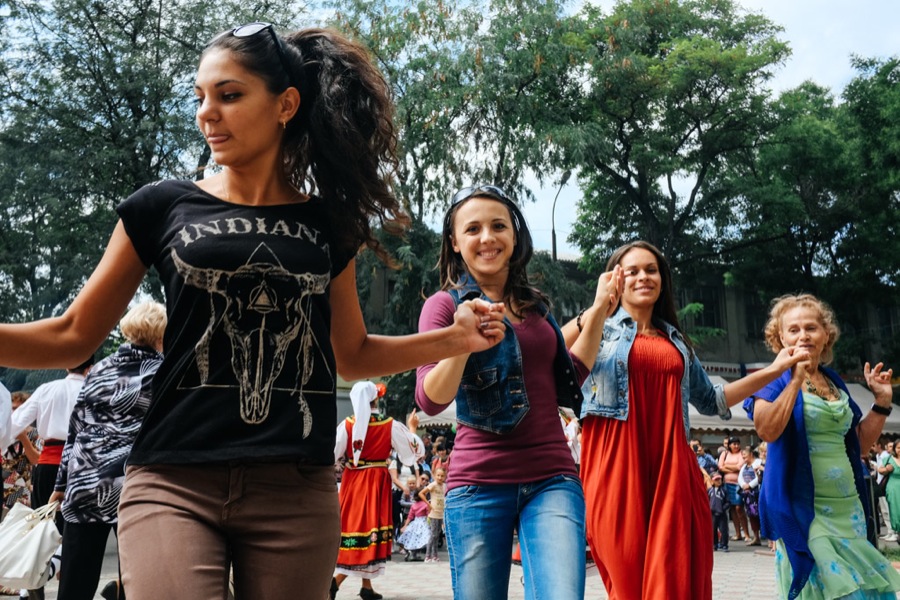 Could they be any happier? Transnistria. 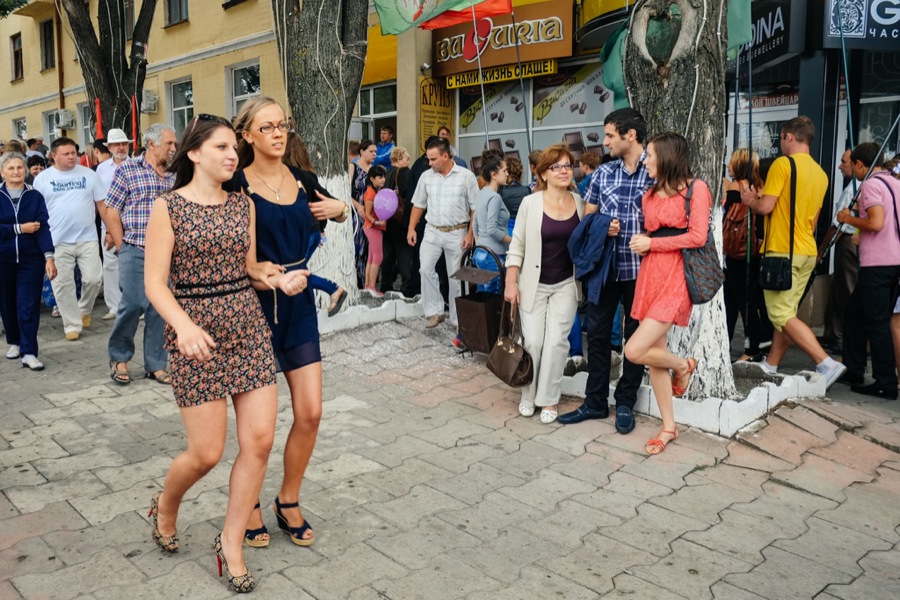 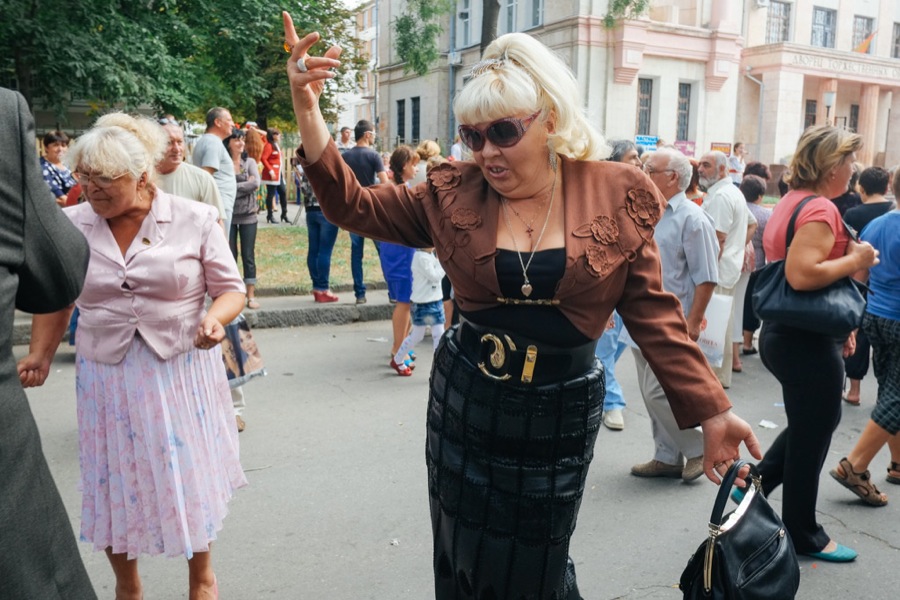 Dancing in the streets, Tiraspol. 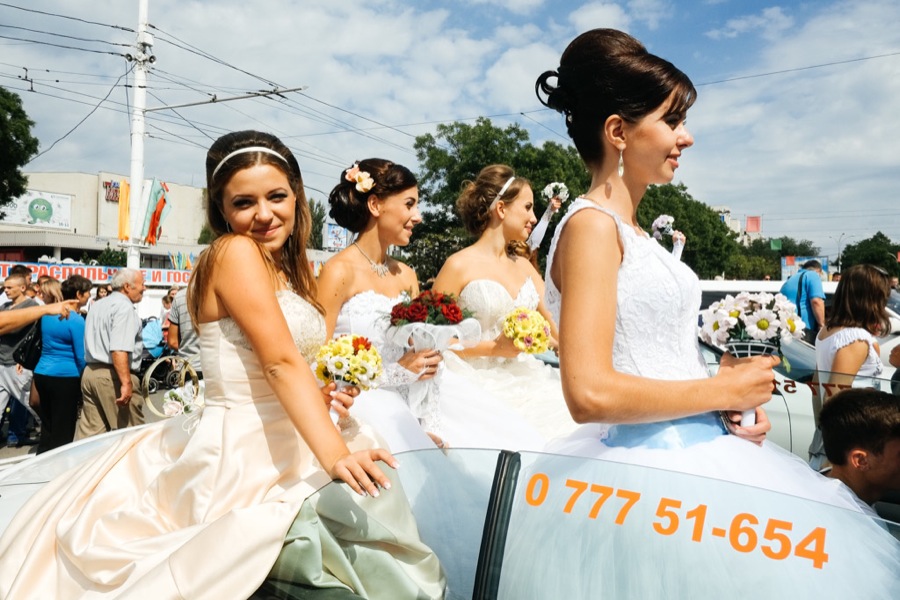 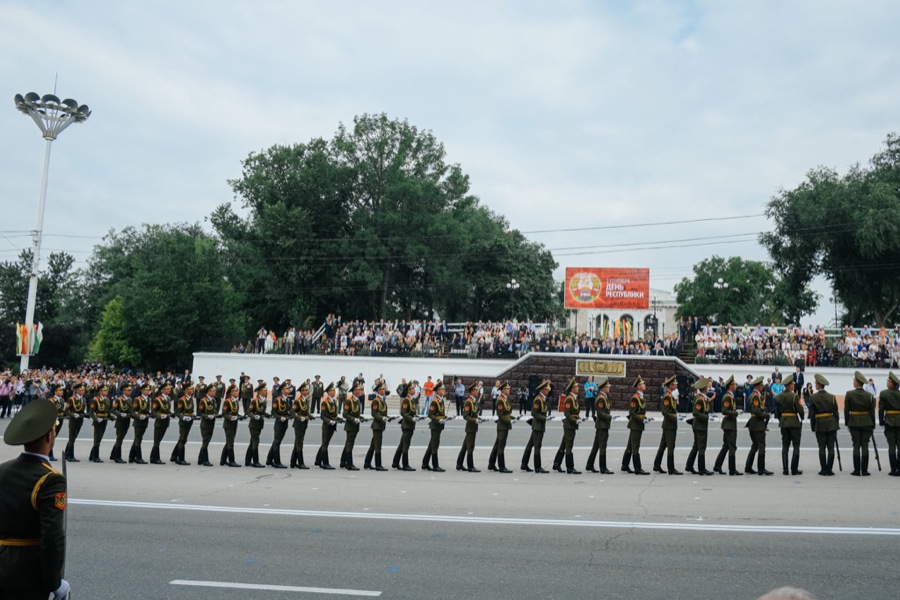 Tiraspol. Where soldiers parade in front of important people.

Like the payphone on October 25th Street in downtown Tiraspol, Transnistria has been around since 1990. The territory declared independence from the Republic of Molodova and a devastating and brutal war erupted. There were many casualties on both sides. The issue of Transnistrian independence remains unresolved to this day. When the breakdown of the USSR occurred in the early 1990s, the situation was only exacerbated as the two factions were left to their own devices — but in 2013 it’s the very presence of the Russian military forces based in Tiraspol that helps to keep the peace. Despite this, the occasional border skirmish breaks out, and word on the street is that should the Russians ever leave, sadly, the war may be back. Long, complex, and convoluted, the history of Transnistria is worth checking out, and Wikipedia is as good a place as any to start.

Sure, in many ways Transnistria appears to be the last bastion of 1950s Soviets. But it has more to offer than Lenin statues, hammers, sickles, and associated Communist imagery. I mean, take a look at the photos above and draw your own conclusions.

I’ll just offer my own experience here. Transnistria is definitely an area of flux, and at the borders things change frequently. I drove into the area, crossing the border between Chisinau (capital of the Republic of Molodova), and Tiraspol (capital of Transnistria). Hot tip — when you’re asked if your car is a company car, say yes. In that case, the fee payable is just 5 Euros. There is no fee for the visa. Everything at this border was straightforward, even professional.

However, I would suggest you register with the militia in Tiraspol if you intend on staying overnight. The guys at the border will give you the address. Day trippers need not worry. There are different procedures involved with regards to catching the train into Transnistria from either Chisinau or Kiev, so perhaps do some current research. Or even better, ask the question in the comments below — I’m sure someone will help out.

Additionally, if you’re planning on staying overnight, my opinion is that the Tiraspol Hostel is pretty bad accommodation. Apologies Tim, but really, I need to go back to Chunking Mansions, Kowloon circa 1993 to recall accommodation in that state of cleanliness and comfort. That is to say, dirty and uncomfortable. However, the vodka was free, and I did get to learn a few things from other nerds of former Soviet breakaway territories.

I would also add that as a driver of a foreign car, you may be seen as an easy target for bribes. It happened to me. But hey, when you’re in an unrecognised militartised area deep in Eastern Europe, you sort of expect to pay a bribe here and there. No big deal.

There’s a restaurant on the main street of Tiraspol called “7 Fridays” (written in Russian, maybe just look out for a big 7), on the main drag — October 25th Street. Great for food or just drinks. Good service and prices, with nice food. Head down the side and around the back to a cool outdoor space. Steer clear of Andy’s Pizza (average food at best, with terrible service). Also, the local vodka is really cheap, and actually a tasty drop. The cognac called “Kvint” is locally famous. Supermarkets and mini-supermarkets are dotted around the city.

It’s just like home. Only, in a country that doesn’t really exist.

* This post was originally published at Yomadic and is reprinted here with permission.