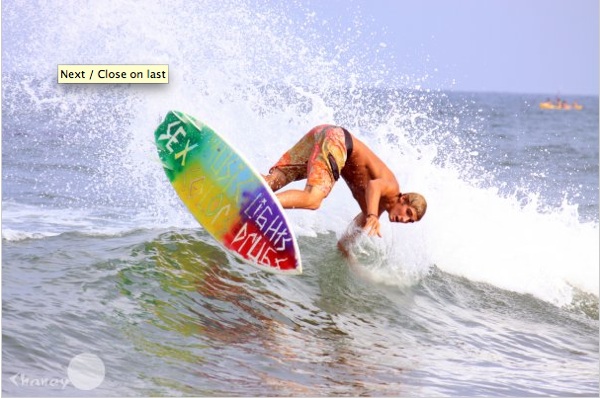 I don’t do surfing.

I don’t mean for that to come off like it sounds because I’d actually love to learn to surf. And the reason–five reasons, actually–are below. If you’ve ever read the writing of the folks included in this week’s members to meet, or seen photos of them killing it in the world’s oceans, then you’ll know why– surfing is stoke. Meditation. Adrenaline. Focus. Risk. Fear… but fear conquered, over and over again.

David Miller, Matador’s senior editor, has temporarily traded his surfboard for a kayak since moving to Patagonia last fall, but I suspect if he had a chance to spend a week at Los Cerritos, he’d pull the plug on his laptop and head up there in a second.

Benita Hussain’s an interesting woman for a lot of reasons. She was a child actor. She ditched her job as a lawyer and decided to travel the world. And as she travels, she picks up new sports, including surfing. Read about her experiences in “Fear of the Big Drop.”

Rhys Stacker’s been a Matador member since the early days, and as he’s made his laps around the world, he’s filed a handful of surf reports for Matador, including Surf Vietnam: China Beach and Beyond; Surfing Morocco; and Portugal’s Algarve Coast.

Peep Alex Hapgood’s Matador profile and you’ll see him ruling a wave in Cornwall. Though he’s written about surfing in Portugal and Spain for Matador, he knows his local territory best. Check out his article about ING’s kitesurfing ban in Cornwall.

NickPro is fired up on “surfing, partying, and meeting people” and felt most immersed in another culture when he worked on a surf lesson boat in Mexico. Check out his profile to see pics of him owning his board.

Looking for the best surf spots around the world? Want to get started surfing? Everything we’ve ever published about surfing is on our Surfing Focus Page!