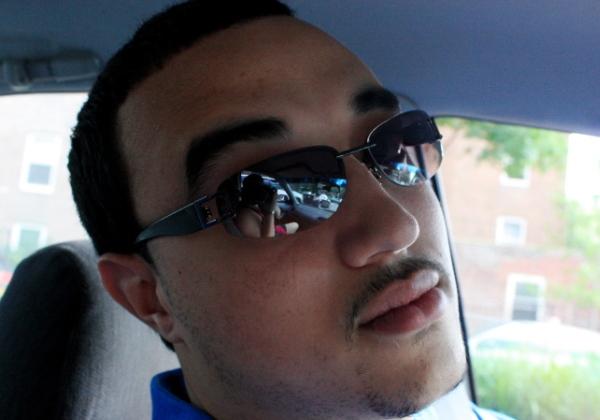 In his Twitter bio, Mike describes himself as a “freelance writer, aspiring professional storyteller, adventure geek and power-klutz.”

Evidence regarding that last point? He accidentally deleted his blog last year.

Follow him for funny tweets, especially about food (bacon, Yorkshire Pudding), travel (Athens), and technology (the iPad, of late).

Maryanne is a teacher, writer, and photographer who has been on the road for the past 15 years. Currently in Shanghai, she also likes “barefoot reggae dancing, experimental cooking, [and] reading,” and she speaks French, Turkish, some Afrikaans, and some Spanish in addition to English.

Follow her for evocative 140-character descriptions that only a long-term traveler could come up with:

“Ringtone on phone in noodle shop was like Shirley Bassey singing show tunes in Uyghur.”

“Our neighbourhood in Xuhui smells like a textile fire in a polyester factory. Had to walk down Shanxi Nan lu with my scarf over my face.”

Carlos, who calls New York City home, is currently road-tripping with family around Florida. He’s a student with some pretty fascinating long-term plans involving the study of Santeria in Cuba, which he told me about over breakfast a couple months back.

Follow him because he’s genuinely friendly and supportive, and because he tweets about life that’s not directly related to travel.

Pres, originally from Sofia, Bulgaria, is currently based in Chicago, one stop on his long-term plan to “go around the world, explore its wonderful places, and make friendships with people from every corner of our amazing planet.”

If you’re curious, as I was, about what a “globbler,” is, then visit his blog and decide whether you are a globbler, too.

If you’re headed to Barcelona, you’ll want to be following Suzanne, who tweets about traditional bars and travel news related specifically to her city.

You should also follow her because the site she manages is running a travel writing competition through September 9, 2010. The prize? A weekend in Barcelona.

Are you on Twitter? Leave your handle in the comments so we can start following you, too.