01:00 May 5, 2020
Top Countries
Top CitiesView All Destinations
Trending Countries
Trending Cities
Load More
One of Matador’s contributing writers has been detained in Iran. 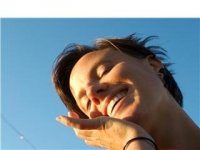 Earlier today, mainstream US media reported that three American hikers were arrested in Iran after crossing the Iran/Iraq border on Friday. According to this report in The New York Times, Iranian television confirmed the arrests.

The news hits close to home for Matador, as one of our contributors, Sarah Shourd, is believed to be one of the arrested hikers, though her name has been spelled inaccurately in various reports. The other two detained hikers have been named as Shane Bower and Joshua Steel.

The arrests were reported to the US Embassy in Iraq by Shaun Gabriel Maxwell, a fourth hiker who had not been with his friends when they were detained. Though some reports have indicated that the three hikers defied local warnings not to cross into Iranian territory, other reports tell a different story. USA Today reported that Maxwell stated that the detained hikers–who contacted him by phone–told him they had gotten lost and wandered across the border unintentionally, where they were surrounded by troops and arrested.

Shourd penned this story for Matador in November of 2008.

While details are still coming in, Matador will continue to follow the story and wishes the best for Shourd and her companions.

Tagged
News Miscellaneous
What did you think of this story?
Meh
Good
Awesome