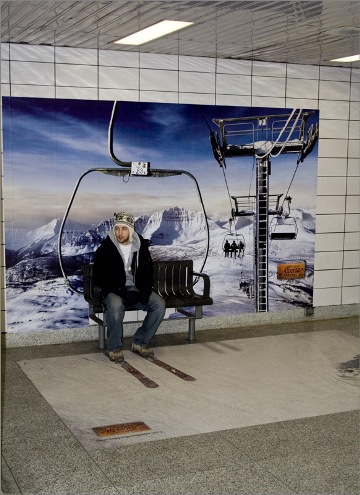 Is it media saturation that’s causing PR firms to go bigger and bolder with their tourism clients’ ad campaigns?

First, there was the Best Job in the World, a clever and controversial contest to attract attention to Queensland.

Then, there was the NEXT Best Job in the World, a similar campaign (which, it should be noted, folded without explanation shortly after it was launched).

And now, there’s Nova Scotia’s ad for a product that has nothing to do with Nova Scotia at all.

So what’s the connection?

According to this article by Susan Karlin in the tech and engineering magazine, IEEE Spectrum:

“…the Pomegranate exists only in a YouTube video and a Web site designed to draw you to another Web site… the “Come to life” initiative in Nova Scotia…. The idea is to rebrand a rustic vacationland as a bastion of innovative minds, creative businesses, and a balanced quality of life.”

Karlin reported that in the first six months after the launch of the ad campaign for the fake product, more than 1 million visitors from 198 countries clicked through the site, and of these, 64% continued on to the Nova Scotia site.

Though Karlin went on to say that local businesses in Nova Scotia have reported an uptick in new clients, one has to wonder whether the campaign will ultimately be effective in increasing tourism.

What do you think? Will these types of flashy, over the top ad campaigns result in a flood of tourists, or are these PR firms risking backlash from an audience who is tiring of gimmicks? What’s the craziest ad you’ve seen? Share your thoughts in the comments below!