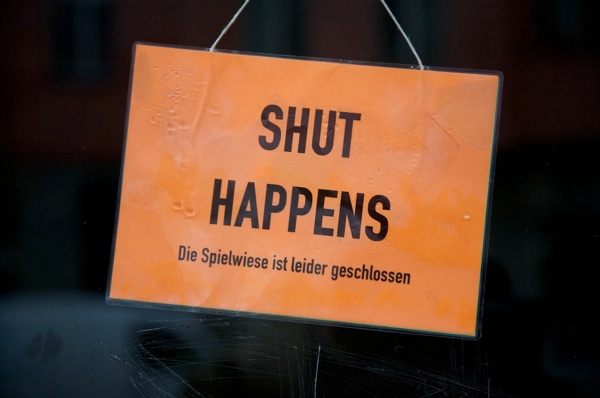 All photos by Paul Sullivan.

Most of the Matador editors have a whole lotta gigs going on. We love too many places and have too many interests to confine ourselves to just one project… I suppose that’s one of the reasons why we get along so well.

Contributing editor Paul Sullivan, also a faculty member in MatadorU’s travel photography program, may have more going on than most. One of his latest projects is Slow Travel Berlin.

We went back and forth over email to talk about STB:

Julie:
You’re originally from the UK. What brought you to Berlin and how long have you lived there?

Paul:
I officially left London / the UK in 2002 and have been moving around and living in different cities and countries ever since. I first came to Berlin in 2007 to write/photograph the Hedonist’s Guide To Berlin, and fell in love with the city right away.

I was actually living in Cologne with my partner at the time, a pleasant enough town, but I knew Berlin was more my kind of place. We moved here at the end of 2008. In the year and a half we’ve been here we’ve enjoyed it even more than we thought. It’s definitely one of the most interesting and inspiring cities in Europe right now.

Paul:
It pretty much employs the same underlying philosophy in that it’s about slowing an experience down to enjoy it more. Slow Food was Italy’s direct reaction to fast food and spawned a global movement. While Slow Travel doesn’t have the same globally defined criteria (yet), by our personal definition it means encouraging travelers to engage and explore a place instead of rushing through it.

It’s about interacting with the local community, getting off the beaten track, not being guided too much by mainstream itineraries. We love the Reichstag and the Brandenburger Tor, but there are many smaller, lesser-known sights and places just as worthy of attention.

Julie:
So what makes Berlin particularly amenable to this notion of slow travel?

Paul:
Berlin is a distinctive city in both German and European terms: its historical development is very unique. In the last century it has endured two world wars and a cold war, which as you can imagine create a very special atmosphere. 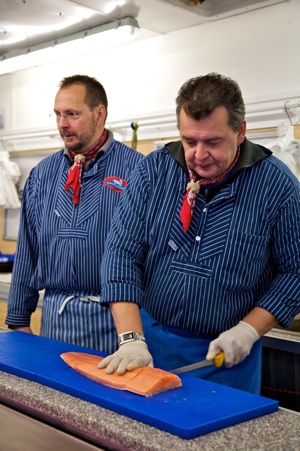 The city is vast, with large streets and lots of empty spaces which, combined with a relatively low population (around four million), make for a less stressful vibe than more ‘compressed’ cities like London, Paris, or New York. You can usually get a seat on a bus or tram, for example, and even central parts of the city can sometimes feel quite empty.

It’s a pretty broke city – “poor but sexy” as the famous motto goes – and therefore doesn’t have such an invasive commercial presence – less advertising and less emphasis on materialism as seen by the pride Berliners have in their old, crappy bikes and trashy-chic aesthetic. In fact there’s a discernable anti-capitalist thread that still runs through Berlin 20 years after the fall of the Wall.

Couple that with the famously liberal nightlife here and you have a city that’s extremely popular with an international creative community who tend to value quality of life and experience over accumulation of wealth and corporate success.

It’s one of the greenest cities in Europe too, with plenty of large parks to collapse in once you’ve exhausted the club scene, and it’s very bike-friendly – generally quite flat with plenty of cycle lanes.

Given my work as a music journalist (I’ve been covering club culture worldwide for a decade), setting something up on the nightlife scene would have been an easy and obvious choice. But I wanted a different challenge.

The project was also provoked by the various guidebooks I’ve written/photographed for Time Out, HG2, and Cool Camping. While these are usually great fun, I’m generally “dropped into” a place and have a limited amount of time and words to represent it.

Living in Berlin I realized I had the opportunity to write from a local perspective and enjoy zero restrictions on word length and coverage while still exploring my main passions: art, music, travel, culture, photography, food and more. My partner, Kirstin Gernath, has a background in PR and marketing, so we’re working together on creating an alternative way of experiencing the city.

The idea is to promote not only “hidden” or “alternative” aspects of Berlin but also locally produced services and goods like food, clothes, art….

“Cities are like people – they unfurl and expand in unexpected ways, challenging our preconceptions as we interact with them.”

Julie:
I’m intrigued by your description of slow travel on the site, mainly because my own travel style is slow (so slow I end up living in places for a while). Does slow travel address or include preparing before a visit by learning more about the place you’re visiting?

Paul:
Preparation can be useful in certain cases but we don’t think it’s essential to experience a city in “slow” style. It could even be argued that preparation gets in the way. In the sense of researching courses, areas to explore, lesser known hikes and cycle routes, or accommodation, a bit of prep can be good, and our site is definitely set up to help visitors garner such information and insights before they come or even when they’re here.

But Slow to me is also about leaving enough time to be spontaneous and explore a place creatively without being bound to a rigorous schedule. Such itineraries are generally based on filtered, pre-conceived notions of a place that result in “conveyor-belt” tourism that promotes and recycles the same old sights and places.

In reality, cities are like people – they unfurl and expand in unexpected ways, challenging our preconceptions as we interact with them.

Julie:
Slow travel probably resists lists, but indulge me. What are a few experiences that you’d recommend to slow travelers in Berlin who want to, as you say on the site, “get beneath the skin of the city a little”?

The first thing I’d suggest is forgetting the guidebook or website (yes, even ours) and indulging in some random train, bus, and tram hopping. Take a map and the phone number of your hotel or the friend you’re staying with, and just – explore. You really can’t get too lost.

It’s only a few euros to ride the system for a whole day and Berlin is a pretty safe and friendly city. You’ll find history and surprises everywhere. Please don’t forget to take your camera!

You could also think about taking a course. As mentioned, Berlin has a fantastic creative scene and there is a multitude of artists, photographers, chefs, musicians, and writers living here, many of whom run courses and workshops in their respective fields.

Since rents and day-to-day living are relatively cheap here, Berlin is a great choice to come and write that short story or novel, learn a language or record your demo. This side of our site is in development, but we’ll soon be providing information on the best courses and private teachers, as well as links to mid and long-term accommodation spots (hostels, private rooms, apartments) to enable (and encourage) visitors to spend more time in the city.

For more specific Slow tips you can of course visit our site, Slow Travel Berlin. We feature bio restaurants and pleasant cafés / places to hangout, museums and galleries, spas and outdoor activities, as well as interviews with local creatives and personal ‘takes’ on the city.

We post slowly – literally a couple of things a week – but we’re quite selective and try to cover things more in-depth than most.

Julie:
What are your goals for slow travel Berlin, the site?

Paul:
We’d love it to become a legitimate travel business that offers a range of thoughtful services and intelligent information to visitors and residents alike (we have a German language section in development).

But we also like the idea of growing organically and – yep, you guessed it – slowly, feeling out each step as we go and making sure we do it sensitively and properly. Slow Travel as a philosophy has a lot of potential for positive change both locally and globally.

The possibilities are endless and we have a lot of ideas, but we’re in no rush.

Julie:
Do you have any collaborators, and if so, who are they?

We only really started the site in January, so we’re just starting to look for prospective partners now. We just partnered with the Local Travel Movement – http://www.localtravelmovement.com – who place value on an approach to travel that is mindful of local people, the local environment, local culture and the local economy. We know there are many other like-minded folk around too; it’s just a matter of time before our paths start to cross naturally and the fertile collaborations begin. 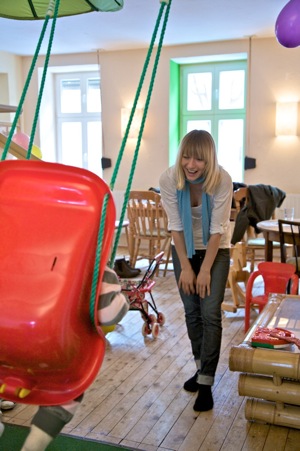 I imagine this site is–at least for now–a labor of love. But you’re a partner, a dad, a working writer and a working photographer, so where do you find time to keep Slow Travel Berlin updated?

Paul:
One of the biggest challenges for us, as for many busy, ambitious and life-loving parents, is time management. There just aren’t enough hours in the day to earn your crust, raise your kid and maintain a range of hobbies on the side.

It becomes a serious juggling act, and the big challenge is not just to do everything, but do it well. A big appeal with the slow philosophy in the first instance was the opportunity to explore ways of decelerating important aspects of life such as food, health, parenting.

I can’t say we’ve mastered it. We’re not Slow Ninjas just yet but the project is helping us achieve some life balance and we sincerely hope it inspires others in the right way, too.

Does Paul have you stoked on Berlin? Check out Paul’s photo essay, Berlin 20/20: A Photo Tour of a Reunited City.