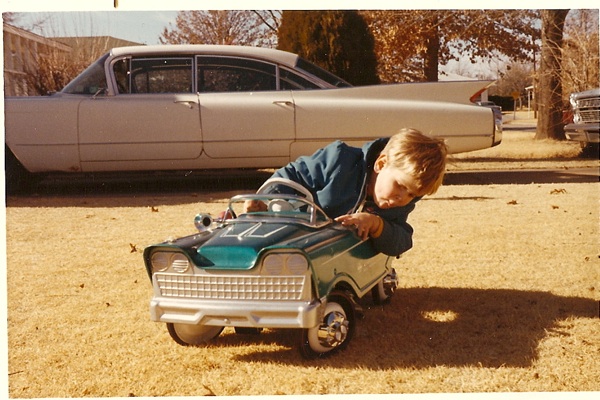 David got started on his research early…. Photo courtesy of David Page.

The annual Society of American Travel Writers convention was held last week in Guadalajara, Mexico. Though he was chopping wood in chilly northern California, Matador’s contributing editor David Page received some good news from south of the border.

Each year for the past 25 years, the Society of American Travel Writers has sponsored a travel journalism contest that has become the premier competition in this field. The Lowell Thomas Awards, named for a radio and print journalist who made his media reputation as a globe-trotting correspondent, are considered to be travel writing’s equivalent of the Pulitzer Prize.

And Matador’s own David Page earned one this year.

The Lowell Thomas Awards are given in 25 different categories; David took the bronze in the Guidebook category for his Great Destinations: Yosemite & the Southern Sierra Nevada. Explaining why they selected David’s book for an award, the judges wrote:

“David T. Page presents a thorough, entertaining guide to the region. It contains an unusually detailed section on the natural history of the area, sure to appeal to Page’s outdoor-minded readers. It’s a joy to read.”

The Lowell Thomas Award isn’t the first honor David has received for this guidebook; it also won the distinction of the Best Guidebook of 2008 from the Outdoor Writers’ Association of California.

If you’d like to read David’s book for yourself, here it is:

And be sure to check out the articles David has published on Matador, including:

How to Travel to Socotra Island, Yemen

10 Fundamentals When Packing for a Fun Family Ski Trip

Adventures in Weaning: Cold Turkey in the Great American Desert

Would you like to see your name on the list of Lowell Thomas Award winners? Join Matador U’s travel writing school to learn how to author guidebooks…and much more.

Tagged
Books Miscellaneous
What did you think of this story?
Meh
Good
Awesome