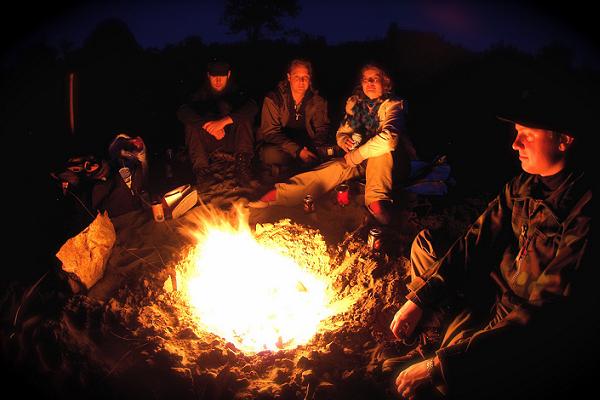 Around this time last year, I asked Matador co-founders Ross Borden and Ben Polansky to write down what I called “The Matador Story.”

I was working on some publicity and marketing materials and wanted them to get down on paper exactly what Matador was and how it all got started.

High on Vulcan Misty, an 18,000 ft volcano near Arequipa, Peru, we began talking about the need for a global community of travelers where people could share stories like the one that was unfolding on that mountain and connect with locals and travelers over whatever they were passionate about. We didn’t know what this community would look like, but we were sure it didn’t exist yet.

It was an idea to create a space where people could share their experiences, connections and passions with others and inspire and support each other to live as travelers (curious, engaged, informed risk-takers) both at home and abroad. I always thought of Matador as a virtual campfire where people who are at different points in life can stop by and share or just look and listen for information and encouragement. I still think of the Matador Network in that way, it’s much bigger now though, but that same kind of campfire storytelling and collaboration is occurring, but at a much larger scale.

Matador turns four later this year, and though we’ve grown a lot,* we’re still so much more than a magazine: we’re a community.

Every day, I exchange emails with writers and MatadorU students who are writing articles and essays that are alive with the energy that only a materially transparent style can endow. No cliches like “gem” or “nestled”; this is writing that stirs readers out of their easy reading complacency and invites them to look at people and places with fresh eyes.

I follow Matador members on Twitter, a virtual tag-along on their journeys as they photograph micro-loan beneficiaries in South America, defy the US travel ban to visit Cuba (and meet my stepson in Havana), and prepare to volunteer in Haiti.

The campfire is virtual, but it’s also, increasingly, offline, too.

Over the weekend, I met up with Mitch Anderson of AmazonWatch, one of Matador’s organizational members. Though based in San Francisco, Mitch was in New York working on a project to encourage big oil shareholders to exercise their influence over oil company executives. We talked about Matador members holding house parties for the documentary, “Crude,” and he told me about efforts to protect a recently discovered uncontacted group of indigenous people in Peru.

A couple weeks earlier, I met with a Matador writer who’d just flown into town after spending days preparing a cargo ship’s worth of donations to send to Haiti from Miami.

There’s no shortage of websites and travel magazines that tell you where you should go and what you should do when you get there. And that’s fine.

But Matador’s different because it offers you a community of people who view travel not as an occasional journey, but as an integral part of life. There’s a place for everyone around the campfire– what stories do you have to share?

*more than 25,000 members of MatadorTravel;
*more than 10,000 followers on Twitter;
*more than 1.7 million unique readers each month;
*more than 300 students and graduates in our MatadorU travel writing school

Have you set up your MatadorTravel profile? It’s free and easy. Create an account today!