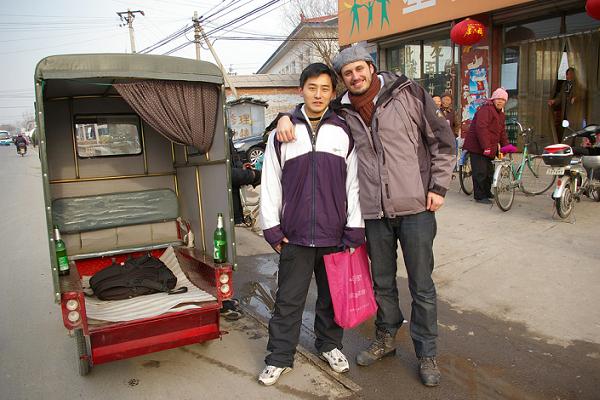 Next time, you can speak the language, not just smile. Photo: mathieudreo

It was, as most travel experiences are for me, a seminal moment in my life. I became a vegetarian, I really learned how to use chopsticks, I was told by my tai qi quan instructor I wasn’t cut out for the so-called “soft” martial art, and I began acquiring Mandarin language skills.

I’m not good at lots of things, but I do have an ear for languages. I picked up basic Mandarin fairly easily… and subsequently lost most of my skills when I returned to school in the US, where I had no one with whom I could practice conversational Chinese.

In the years since then, I’ve made repeated promises to myself that I’d pick Mandarin up again… that I’d take a class or find a language partner. Not being an urgent matter, it always get pushed down to the bottom of the to-do list, but Justin White’s Learn Chinese Fast program may motivate me to reprioritize.

Justin, a Matador member, is a 22 year old Canadian who teaches English in Taiwan. He’s involved in developing and marketing language products as a way to make additional money, and hey, there’s nothing wrong with that.

The full language learning program, which is part of Rocket Languages, is a bit pricey at $99.95 USD, but the six day “Learn Chinese Fast” course is free. It consists of audio tracks and language and culture lessons, and while you obviously won’t master Chinese in six days, this program might be a good kick in the pants to get you started.

The website for Learn Chinese Fast is dense with information, much of it presented in some over-the-top marketing language (“You Too Can Learn to Speak Chinese Confidently and Naturally with an Amazing Interactive Course that is Dynamic, Comprehensive, and Proven to Work!!), but browse through to learn a bit about the program.

Matador has dozens of language learning resources on our Language Learning Focus Page.

Tagged
Languages Miscellaneous
What did you think of this story?
Meh
Good
Awesome