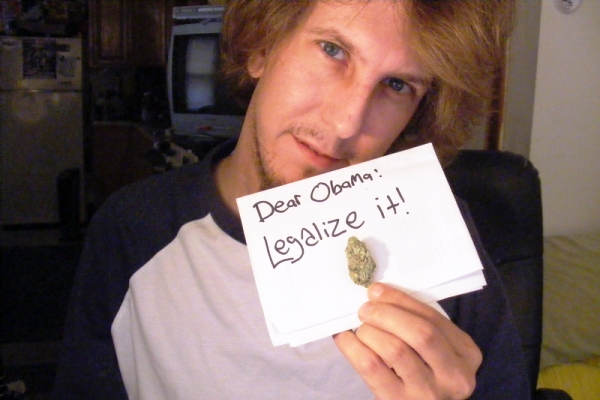 Photo by Scott
With the U.S. financial situation falling to new depths, pundits, personalities, and potheads alike have joined forces on a previously quiet, but currently uproarious issue: whether the American government should legalize marijuana.

Stocks keep tanking, credit is as structurally sound as Swiss cheese, and our nation pretty much owes 100% of our GDP. State and federal head honchos are starting to seriously consider flipping sofa cushions for the fleeting satisfaction of finding a few lost coins.

No one believes legalizing ganja is going to erase our deficit completely, but at this point, slowing the money hemorrhaging out of our already tapped out arteries might be nice for a change, no?

All moral debating aside, Matador has decided to look at this issue from a numbers standpoint.

$35 billion – The estimated value of total marijuana crops grown in the U.S. each year.

$2.4 billion – The estimated potential tax revenue earned if the U.S. taxed marijuana like all other consumer goods.

over $100 million – The estimated amount the U.S. government spends each year for the National Drug Control Strategy (of which marijuana is the primary target).

Of course, readers must take these numbers with a grain of salt. Economists can only provide broad estimations for a crop that remains essentially illegal and therefore, difficult to track financially. That being said, since these types of formal studies have been released, over here.

How to plan for 2021 travel in the age of COVID, according to 23 travel agents
Everything Americans need to know about traveling to Mexico right now
These destinations are open to US tourists this winter
Enjoy Maui’s Road to Hana longer with an epic overnight stay along the way
13 airports where you can get tested for COVID-19 in the US