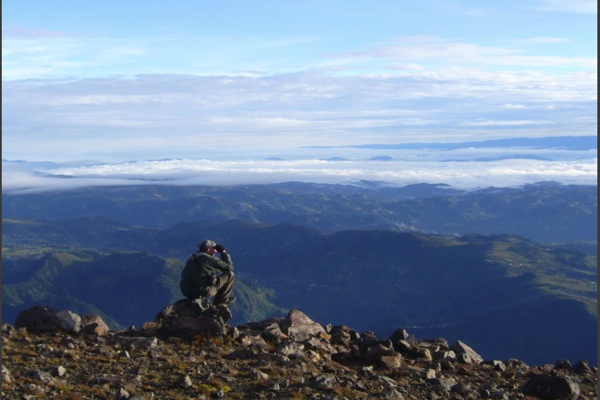 Learn about Ryan Van Lenning now so you can say “I knew him before he won the Nobel.”

35 year old Matador member Ryan Van Lenning is based in Oakland, California, and with the activist history of that city, Van Lenning’s presence there seems apropos.

Van Lenning, a contributor to MatadorChange, says the following about himself in his MatadorTravel profile:

I left a good teaching job to travel for 6-months straight around the world, from Mexico to Thailand via Poland, Turkey, and Kenya. Then I did what I should have done years ago, resettled out in the SF Bay Area and make my way as writer and activist. I have them ol’ travelin’ bones and like to write on social justice, environmentalism/sustainability, peace and militarism, fiction, and of course travel. I think writers can be guerrilla fighters of the word and social change. I am scuba certified, I wish I knew how to build a straw-bale house. I also wish I could write the way Andres Segovia played Spanish guitar and could dance the way Twain and Nietzsche wrote.

Van Lenning has written for Matador on several of those topics that fire him up, including environmental issues related to big oil in articles like First Person Dispatch from the Chevron Protest, and peace and aid issues in the Middle East in Israel Detains Aid Ship Bound for Gaza.

“I think writers can be guerrilla fighters of the word and social change.”

When not writing for publication, Van Lenning updates his personal blogs:

Rumi and the Cholo

What consistently impresses me about Van Lenning’s writing–and what makes him 100% Matadorian–is that all of his work is rooted directly in his own experiences. He doesn’t just write about activism; he’s out on the streets living it. He writes what he knows. Be sure to check out his blogs and enjoy some of that writing.

Would you like to be featured as a Matador member to watch? Drop me a line at julie[at]matadornetwork[dot]com to introduce yourself!