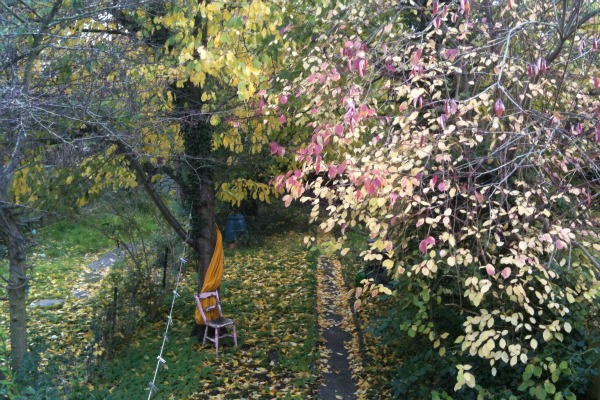 During November, 200,530 writers worldwide took up the challenge to write a 50,000-word novel during National Novel Writing Month. MatadorU student Miranda Ward was one of the 18.6% of participants who completed the challenge, and I was able to interview her about her experience.

Total Words Written: 50,416
Novel Title: All the Known Facts
Synopsis: A story about a scholar investigating the life of P.G. Wodehouse, a physicist, an old house, a friendship, a drowning, a set of twins, anxiety, love, and some llamas. 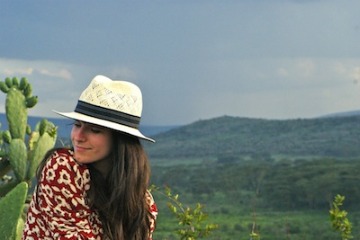 Heather: What did you learn about yourself and how you write during the month?

Miranda: It sounds cheesy, but participating in NaNoWriMo helped me to remember how much I enjoy writing. I take it for granted that I like to write, but doing this made me painfully aware of just how much I like to write. It had been a long time since I worked on a purely selfish project – not something I was intending for publication, or for an audience to read, but just something I wanted to do.

Heather: And what was the most difficult part of doing it?

Miranda: Everything else kept getting in the way: the day job, social engagements, the need to eat and clean up after myself, but mostly the day job. Writing is a balancing act. It was good discipline to have to juggle everything. You find a routine (work, swim, write, eat, write, pub, for instance). The routine of course gets interrupted, and you find a way to fit things in anyway. What was interesting is that when things did get hectic, the writing was always a priority for me, no questions asked.

Also, it was sometimes hard, once I got going, to remember that this was meant to be a selfish project. I would catch myself thinking: can I say that? Is this compelling enough? Is it publishable? And I would have to remind myself that none of those questions mattered. November was not the month to think about them. Thinking things like that makes it hard for me to write anything at all.

Heather: Alright, so in spite of how hard it was to stay focused and disciplined, what drove you to keep going?

Miranda: The enjoyment of it, particularly in the first two weeks. I really looked forward to going home after work and writing. After that, even when it was difficult, I felt like I’d come too far to abandon the project. If I got stuck, I’d just stare at the screen until something – anything – occurred to me. Or I’d read something else. I did a lot of reading in November. It’s the best motivator, for me.

I had gone in, while still an undergrad in New York, to the clinic on campus and calmly said I thought I was going to die. (I’d made an appointment, several days prior: I was keeping my appointment, I was announcing my death on schedule). The nurse had said, Oh? She took my blood pressure, which she said was fine – she named a number.

“I don’t know what that means,” I said. She said it was low.

“And low is good?” She nodded. She wanted to know why I thought I was going to die. I said it was because my chest hurt. I’d been running on the treadmill, and then, later, lying in bed, I had begun to feel pains. What sort of pains? She’d said. I could not describe them. She said I was a healthy young woman; did I do any other exercises at the gym? Any weight-lifting? I said, a bit, not very much though, can’t you tell? Which I thought was funny because I was so scrawny. But she said, “well, you’ve probably just pulled something.” 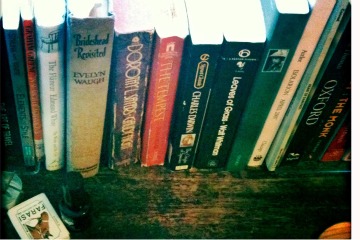 Heather: Now that you’ve got this novel written, what do you plan on doing with it?

Miranda: I wrote about this (amongst other things) in a post about NaNoWriMo. My novel is not complete – that is to say, although I wrote the requisite 50,000 words, the story has not been tied up yet. And there are still lots of notes to myself still in the text. Things like, “write something clever here!” or “think about the layout of the room…”

A big part of me wants to fill in these gaps, and finish the book, and maybe I will (probably I will!), but I don’t know what the purpose of doing that would be: do I want to try to get it published? Or do I just want to have the satisfaction of finishing something, properly? I don’t know.

But also I’m interested in the way that what I have now is representative of the writing process. It’s a snapshot of a point in the process, between starting and finishing, where some things are fully formed and other things have yet to be decided. Lots of texts have been at that point, long before they were polished and published.

One of the things that I think is so great about the digital age is that – possibly for the first time – we have the ability to “publish” things before they’re ready to be published. I’m toying with the idea of posting bits of my novel online – as they are, gaps and notes in tact – as an experiment. But we’ll see.

Find more of Miranda’s writing at her blog: A Literal Girl.