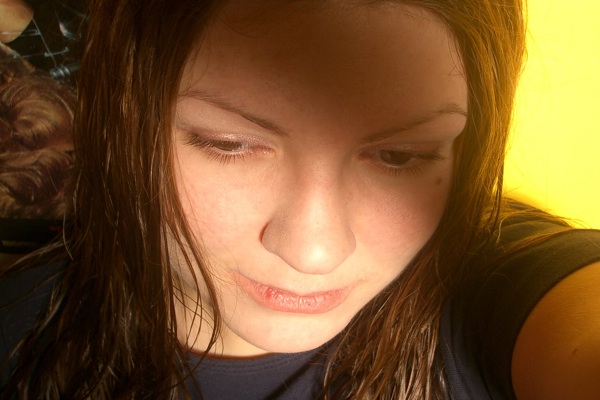 Last week, Matador’s senior editor, David Miller, announced the winner of Matador’s Twitter contest in which we gave away free tuition to our travel writing school, Matador U.

Matador: Tell us a bit about you: where you’re from.

I kind of feel like I’m from all over. I consider San Francisco ‘home’ these days, but before that I lived in NYC for about a decade. I was born and raised at the Jersey shore, and my parents are from the old Yugoslavia (Serbia and Croatia), so I grew up in a European/Socialist sort of household surrounded by beach culture environment, stuck between two major cities.

When I was younger, I kind of felt like an outcast because of all those crazy juxtapositions but when I got older I was able to realize how lucky I was to have been exposed to so many different cultures all at once and it really shaped me in ways I am eternally grateful for.

Matador:… why you travel…

There just isn’t any other experience that comes close to it. I can’t really imagine life without traveling. I took my first overseas flight to the Adriatic coast & Serbia when I was 4 and was instantly hooked. 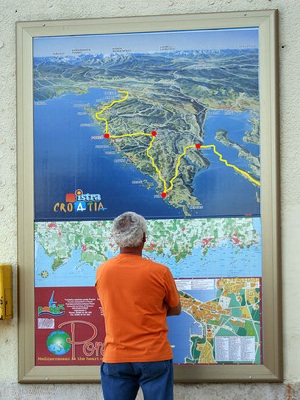 My parents had one of those huge fancy world atlases and I used to spend hours poring over it, planning all the places I would go when I got older and could afford it.

We used to get National Geographic too, which fueled even more daydreams (I loved the free maps that came with it) of exploring cultures all over the world. I was especially interested in tribal cultures, where people seemed to live more in harmony with each other and the earth, and where ritual, dance, and body decoration played a huge role.

Matador: …what you do…

I am interested in so many things, so I’ve never had one official career. The idea of doing the same thing over and over for days on end makes me cringe.

I studied photography at the School of Visual Arts in Manhattan, did some commercial work for record labels and magazines, had art shows, helped run an indie hip-hop label in NYC, worked at Current TV watching documentaries about the world for a brief stint, and then temped for a year because it gave me freedom, not just physically but mentally and emotionally, which were even more important to me at the time.

“How do I get paid to travel around the world doing what I love – creating art, making beautiful images, spending time in nature, meeting amazing people, and helping others?”

I tried going back to work at a landscape architect’s office for a bit. Temping doesn’t really provide financial stability, and I really love plants, so I thought I could learn something new and sort out my finances at the same time. But I found the environment to be really stifling and knew my freedom and happiness were worth way more than a steady paycheck so I began trying to sort out ‘How do I get paid to travel around the world doing what I love – creating art, making beautiful images, spending time in nature, meeting amazing people, and helping others?’

I had a health crisis. As I began to learn how to heal through a steady diet of raw/living foods, herbs, spiritual work, and hours spent in the wilderness hiking, I ended up stepping into my power as a healer, which really clicked everything together for me….

All the synchronicities in my life began to increase. I knew I was on the right path and didn’t need to focus only on one thing – what I needed was to find a way to make them all work together.

I signed up for a raw foods nutrition class and was praying for everything to get taken to the next level when I got fired from my job. It was a huge blessing. I began blogging about raw foods, health, life transformation and began consulting with clients one-on-one to help sort out their health issues. I finally had the time to spend my energy doing things I loved, so I began volunteering more than ever and immersing myself in [my passions]: food, permaculture, food foraging, the environment, and healthy living.

I knew travel was an integral part of the puzzle, so I applied for a paid WWOOF sponsorship to study permaculture in Bulgaria for six months and got it. Everything was coming together perfectly.

Matador: What are you up to these days?

I planned to spend some time with my family back east for a month or two before heading to Bulgaria and decided to take a cross country road trip to get there. Just as I was finalizing my trip, the WWOOF Bulgaria program told me that because I wasn’t an EU citizen, they weren’t going to be able to get my paperwork processed in time to make the funding deadline.

I trust that everything happens for a reason, so decided to just roll with it. I turned my cross country adventure into a bigger trip with no real end date. I left San Francisco in February and embarked on an experiment to trust that if we’re being of service, we are always being provided for. In my case this meant educating people about raw food and inspiring them to take their health back into their own hands, volunteering on organic farms and gardens, and exploring the power of community everywhere I went. 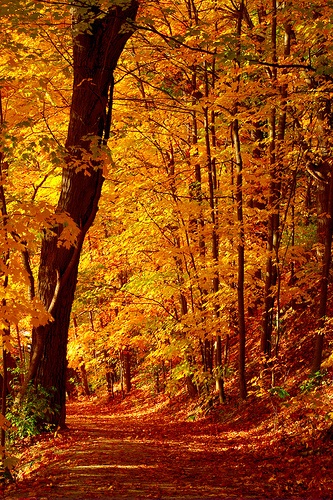 It’s been amazing so far. I’ve met some of the most positive, inspiring, beautiful people who are changing the world. I’ve also been taking part in a lot of intense North American Indian ceremonies and sweat lodges and deepening on my spiritual path. It’s been beautiful and empowering experiencing how everything in your life shifts when you begin to trust the universe, listen to your intuition, and live in alignment with your soul.

My life feels so magical. I don’t really want this trip to end, but I think it’s time to head back to SF to work on a few projects and work my magic on a few other areas.

About a year ago I decided to start a raw, organic, medicinal chocolate company because I wanted to build an eco-conscious business of my own that would allow me to do good things in the world and allow me to travel and fund my art. On this trip I’ve had so many chocolate and herb syncs, so I’m itching to get work on that and start working with an incubator program to get that off the ground.

I’m also applying to school to become an herbalist and continue to work with plant medicines all over the world, especially South America and the Himalayas.

I also have a few big art projects I want to work on, especially one I am excited about that harnesses the power of community and human connection. It’s a roving art gallery in a truck that travels to cities all over the country. I’m really into alternative economies, so instead of purchasing the art, people will barter their own art for what’s already on the walls. The new art show will travel to the next city, and the barter process will continue.

I really like things that are constantly changing and evolving and want to be able to connect art communities all over the world and have everyone be a part of something bigger. I want to try to also capture the whole process digitally in an online museum of sorts so that people can know where their art ended up & keep in contact with whoever has it. I’d really love it if it spurred a few collaborations as well.

Matador: How did you learn about Matador?

I can’t remember exactly, but I know I found it while researching how to be a location independent digital nomad. I think it might have been through a link from Soultravelers3 on twitter.

Matador: You won Matador’s Twitter contest for free tuition… have you ever won anything before?

A few things. I won a small photography scholarship fund in high school. My freshman year of college, SVA had a photo show that was judged by one of the curators of MoMA and I placed…I think my prize was a gift certificate for photo supplies. Oh, and last year I won a Japan guidebook from Lonely Planet.

Matador: What are you hoping to get out of the Matador U program?

I want to connect with other people who are living a nomadic lifestyle and get high off the journey. I feel like I need to learn the economy of words. Several people who read my blog have been writing me to suggest I turn this current adventure into a book, so it would be fantastic to learn how to do that and get published.

“I want to connect with other people who are living a nomadic lifestyle and get high off the journey.”

I’m also in the process of revamping my photography site, elasticfate.com, so I’d like to learn how to morph it into a monetized travel site that will help me bring in another stream of income from doing what I love and inspire others to do the same.

The kind that has the power to transport you fully to a place and moment in time without having to rely on crazy partying and outlandish tales to keep you riveted, though those can be entertaining in their own way. I really like travel writing that gets inside the local culture and teaches me something new and inspires me grow in some way.

Want to learn more about Matador U? You can do that here. To read more about raw food and spiritual healing, check out senior editor David Miller’s review of Sofia Brandon’s book, The Adventure Cookbook, published on Matador Goods earlier this week.