No matter what may divide us, there’s one thing US citizens share from coast to coast: a love of sugary treats. Regional candies from every corner of the United States not only showcase a bit of local history but also represent their birthplaces in unique ways. From Florida’s Coconut Patties to potato-shaped chocolate bars in Idaho, these 10 tasty, regional specialties are the sweet pride of locals — and the rest of the country needs to catch on to how delicious they are. 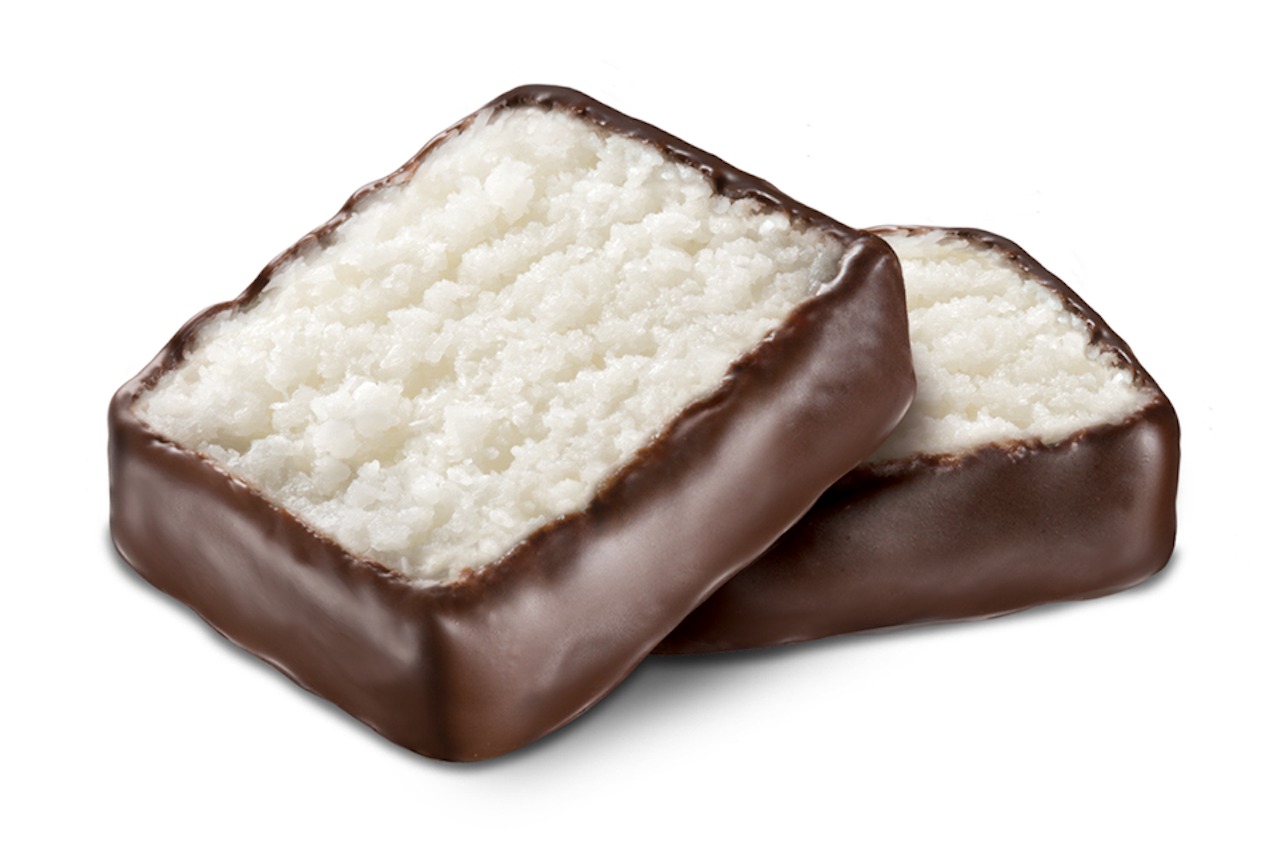 What began as a souvenir aimed at tourists visiting the Sunshine State in the 1980s blossomed into a candy craving that can only be satisfied through a visit to Florida. Coconut Patties, marketed to the masses by family-owned Anastasia Confections in Orlando, are exactly what they sound like: thick patties of sweet coconut encased in a smooth and creamy layer of dark chocolate. Stop in any tourist shop or convenience store in Florida and you’re likely to spot a bright yellow box of the tropical treat. Coconut Patties also come in key lime, orange, mango, almond, piña colada, and island rum flavors. 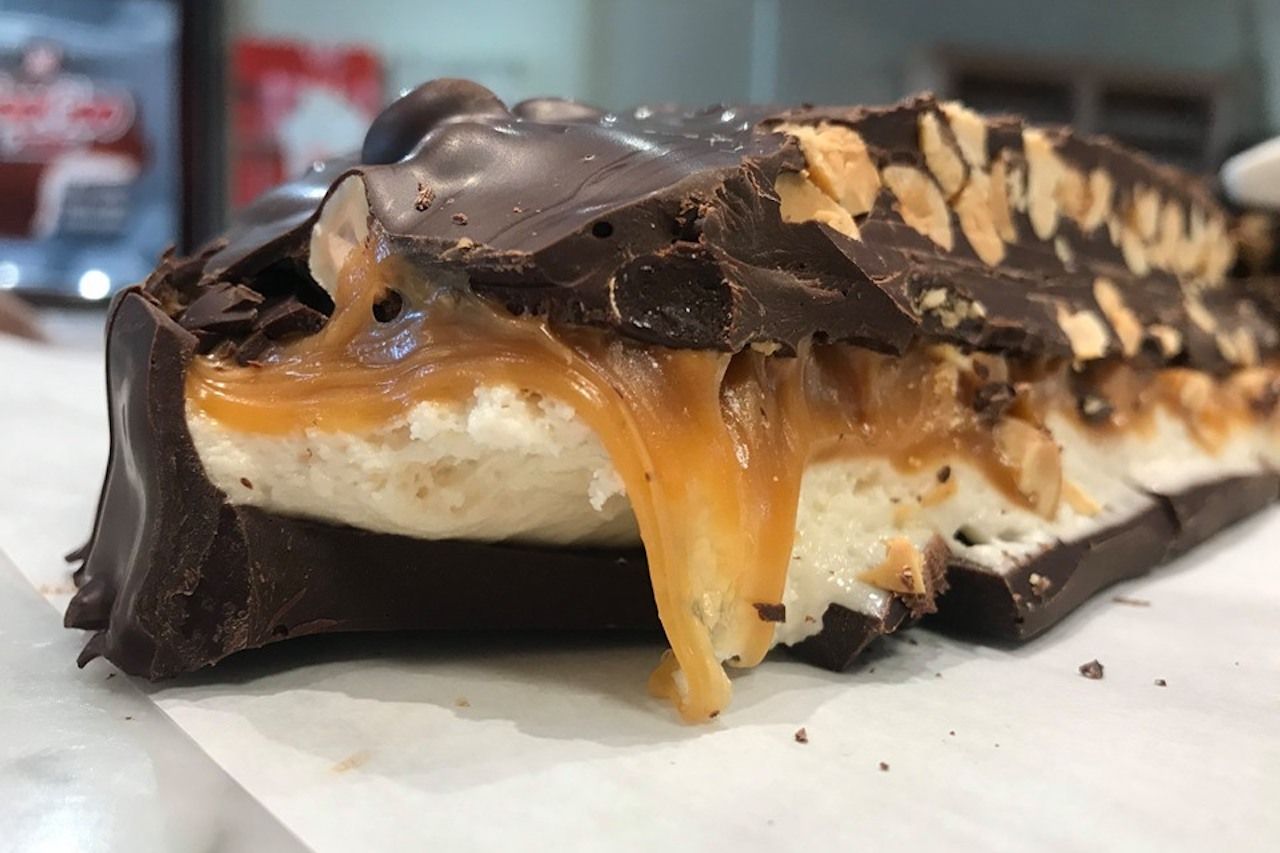 Invented in a copper kettle in Nashville in 1912, Goo Goo Clusters remain an institution. These rounded treats debuted as the first-ever combination candy bar in the world, containing layers of marshmallow nougat, caramel, and roasted peanuts, all coated in a thick layer of milk chocolate. If this bit of Southern charm makes your mouth water, plan a trip to Nashville or order a box online; today, lovers of the original Goo Goo Clusters can also try the Goo Goo Supreme and Peanut Butter Goo Goo variations. 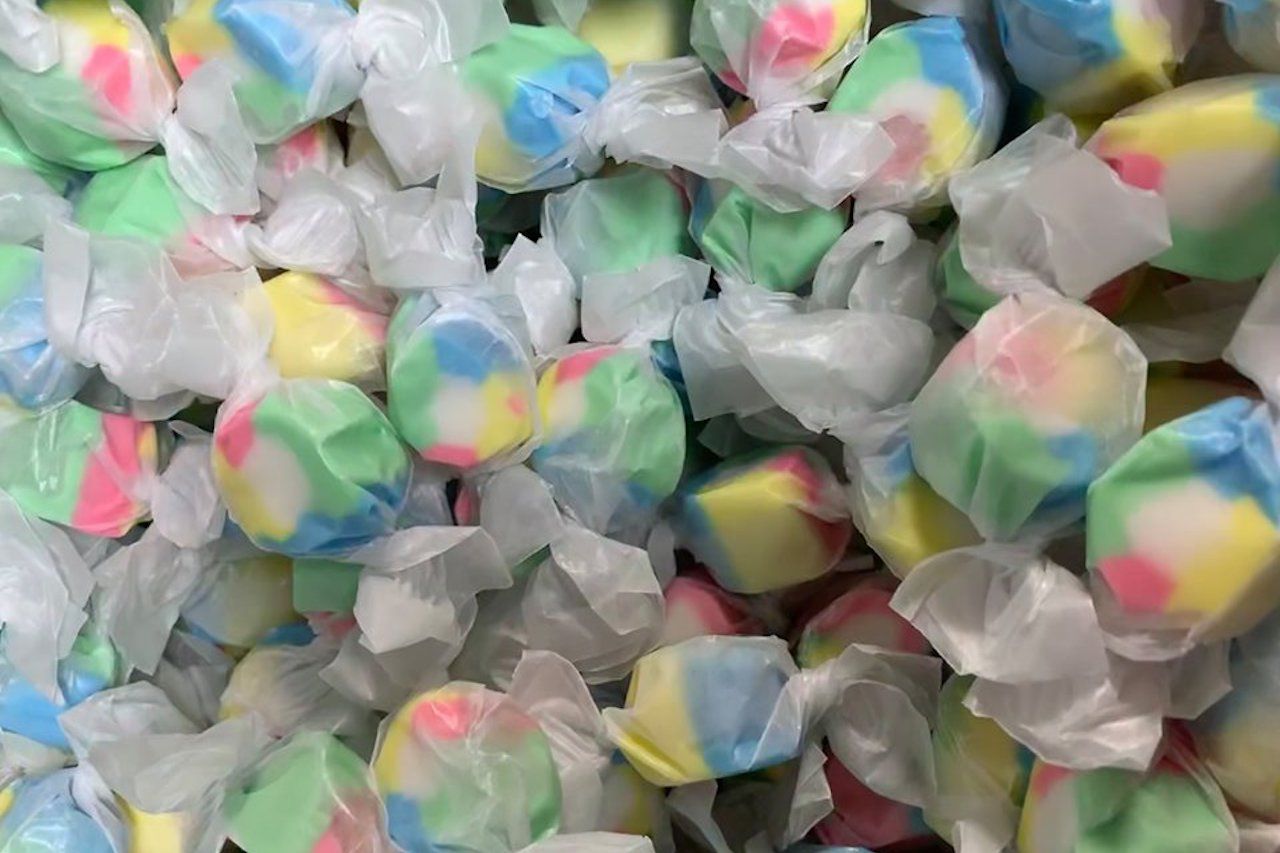 Legend has it that salt water taffy came to be in the late 1800s after a little girl walked into an Atlantic City candy shop that had been flooded by a major storm and asked for taffy. The store owner jokingly offered her taffy that had been ruined by saltwater after the influx of Atlantic Ocean sea water. She must’ve loved it because she made a purchase and the accidental invention became a local staple. Today, Forbes Candies in Atlantic City remains a traditional source of this beachside favorite — “full of sea breeze and sunshine,” according to the box. But you’ll find the taffy sold on every boardwalk throughout the entire Jersey Shore. 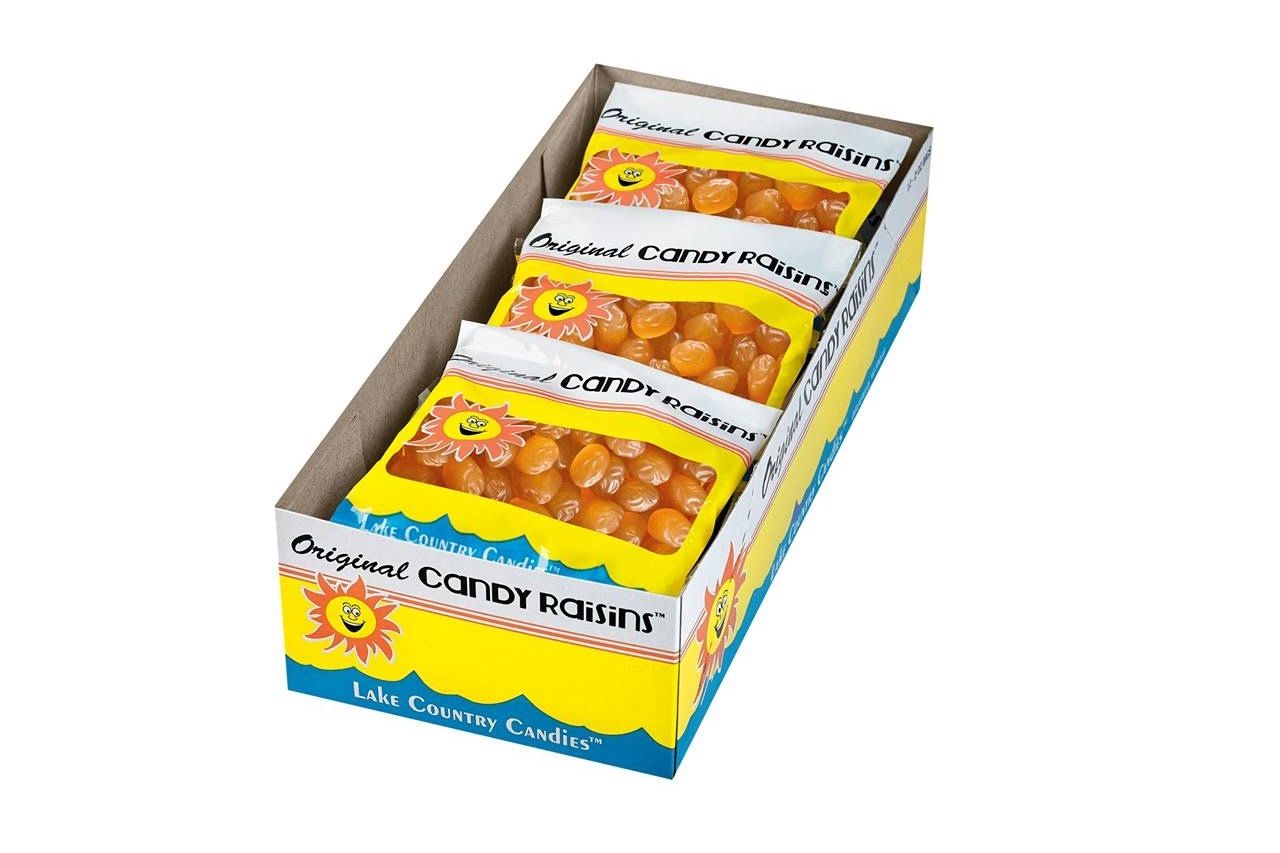 Candy Raisins are a traditional gumdrop-like candy from Wisconsin. Though they’re a mix of orange and brown in color and sport a wrinkly top, that’s where their similarity to raisins ends; they don’t taste like raisins and contain no raisins in the mix. No one can agree on their flavor (floral? spicy?) but one thing’s for sure: Wisconsinites can’t get enough of this nostalgic favorite. After purchasing the Candy Raisin recipe back in 1976, candy giant Stark Necco shut down production in 2008, but the candy’s devoted following refused to let that be the end of an era. After reverse-engineering the last bags of Candy Raisins in existence, Lake Country Candies was able to figure out the recipe and reproduce gummies just like the ones you used to get from Grandpa.

Long-time family-owned Valomilk Candy Cups are one of the more unique candy offerings out there: inside each package, you’ll find milk chocolate cups filled with liquified marshmallow. Though they’re the pride and joy of birthplace Merriam, Kansas, today Valomilks are more readily accessible in Cracker Barrel stores throughout the Midwest. 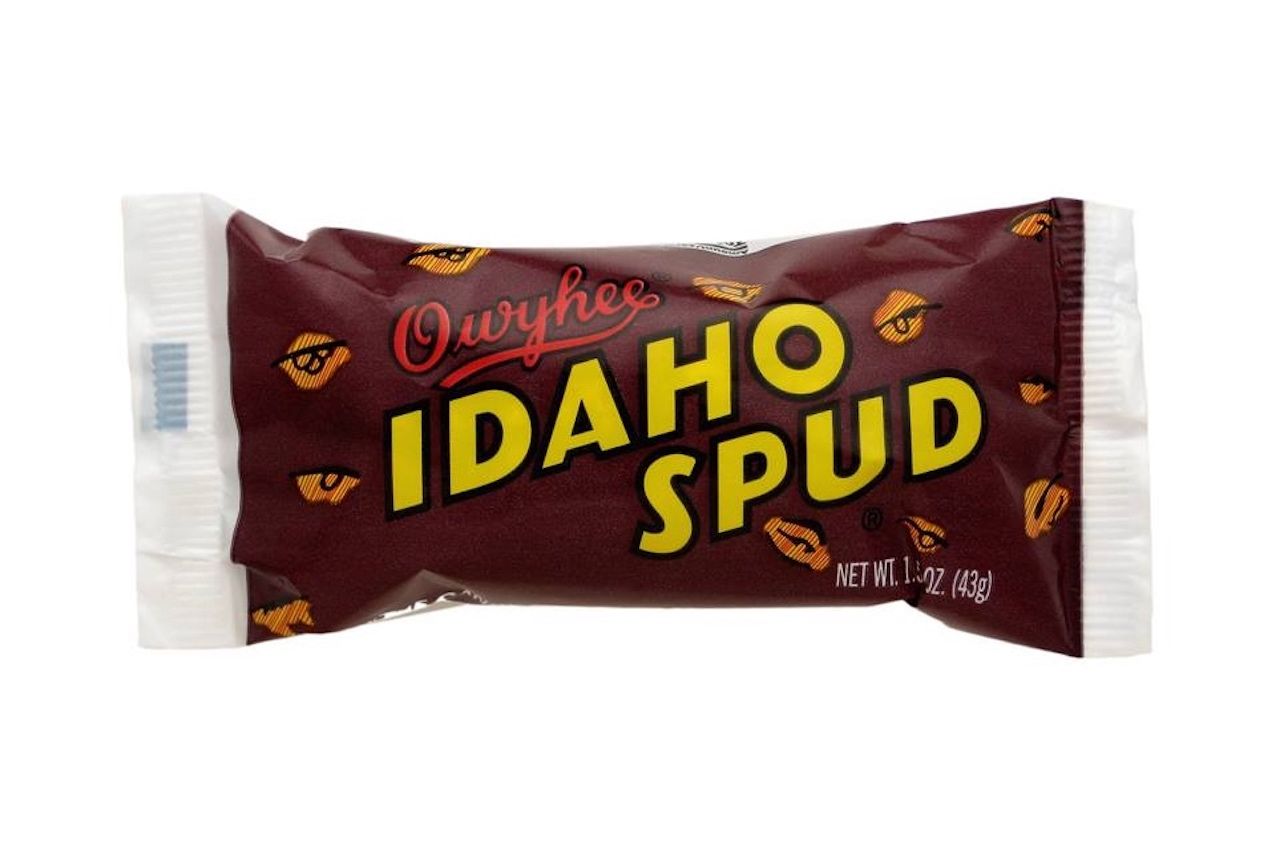 Nope, the Idaho Spud isn’t a potato-flavored confection. This potato-shaped chocolatey treat has a cocoa-marshmallow center, is coated in dark chocolate, and sprinkled with coconut. Since its debut in 1918, it has been a bestseller and a beloved treat in the Pacific Northwest. Idaho Candy Company, out of Boise, is also responsible for regional nostalgic candies like Horehound Lumps, Huckleberry Gems, Burnt Peanuts, and the Old Faithful candy bar. 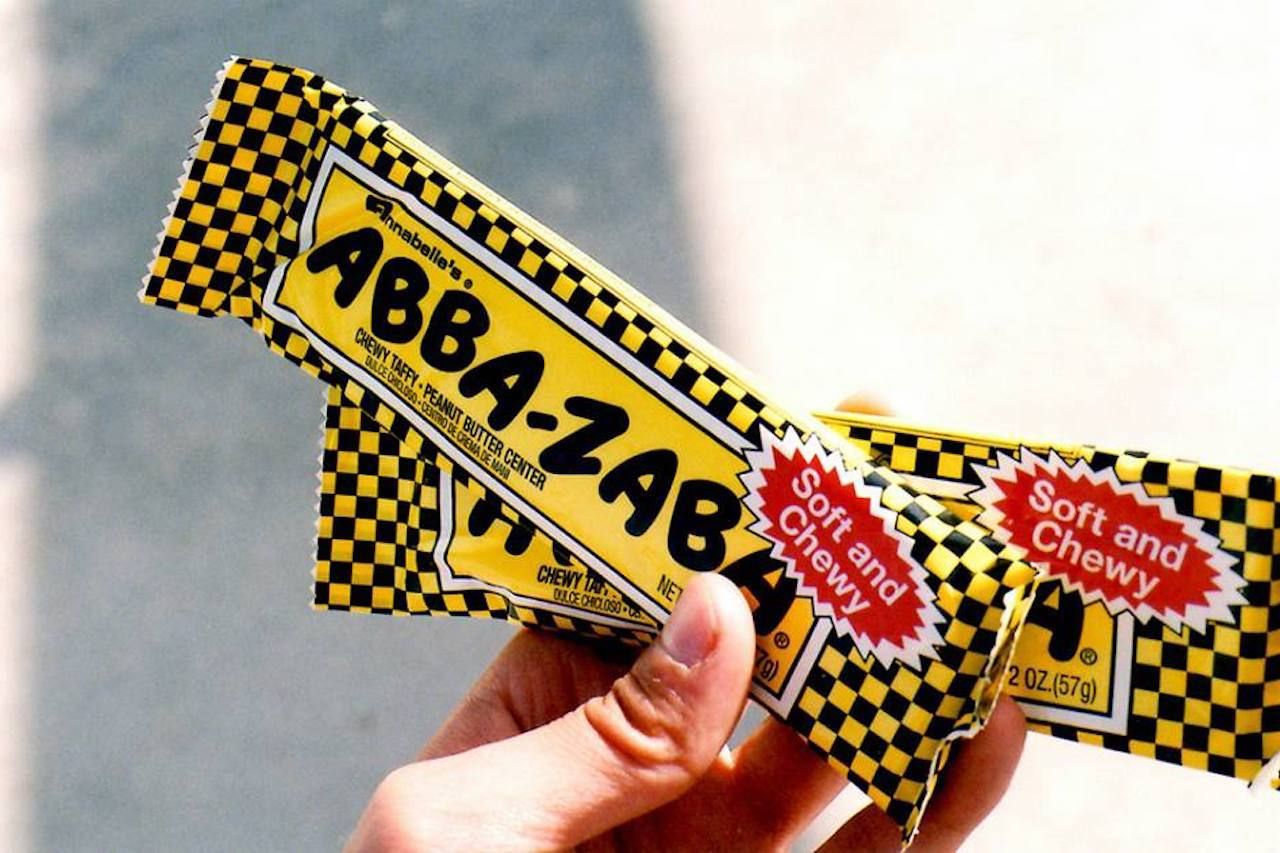 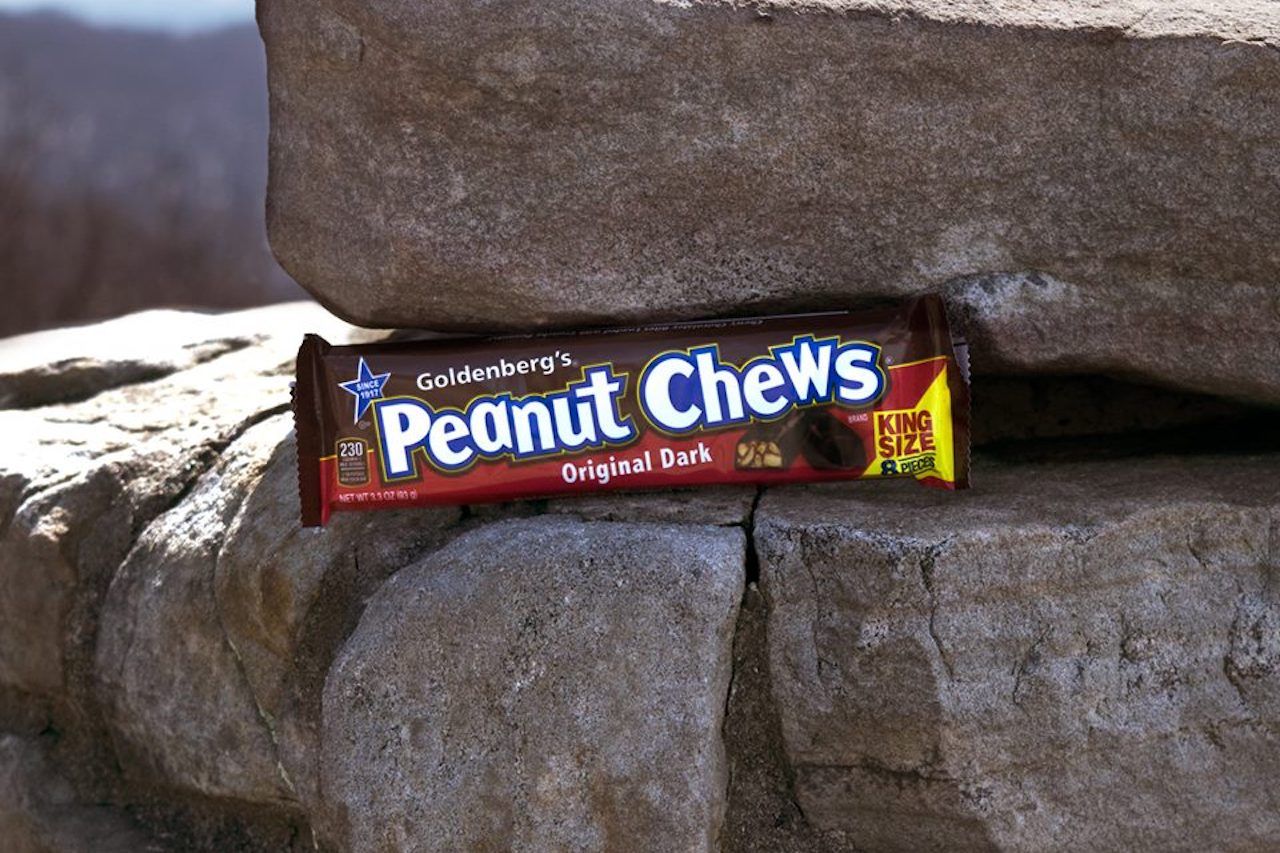 Found primarily in and around Philadelphia, Goldenberg’s Peanut Chews are bite-sized bars of roasted peanuts and chewy molasses coated in dark chocolate. They typically come six to a pack and were actually developed for World War I ration boxes in 1917. 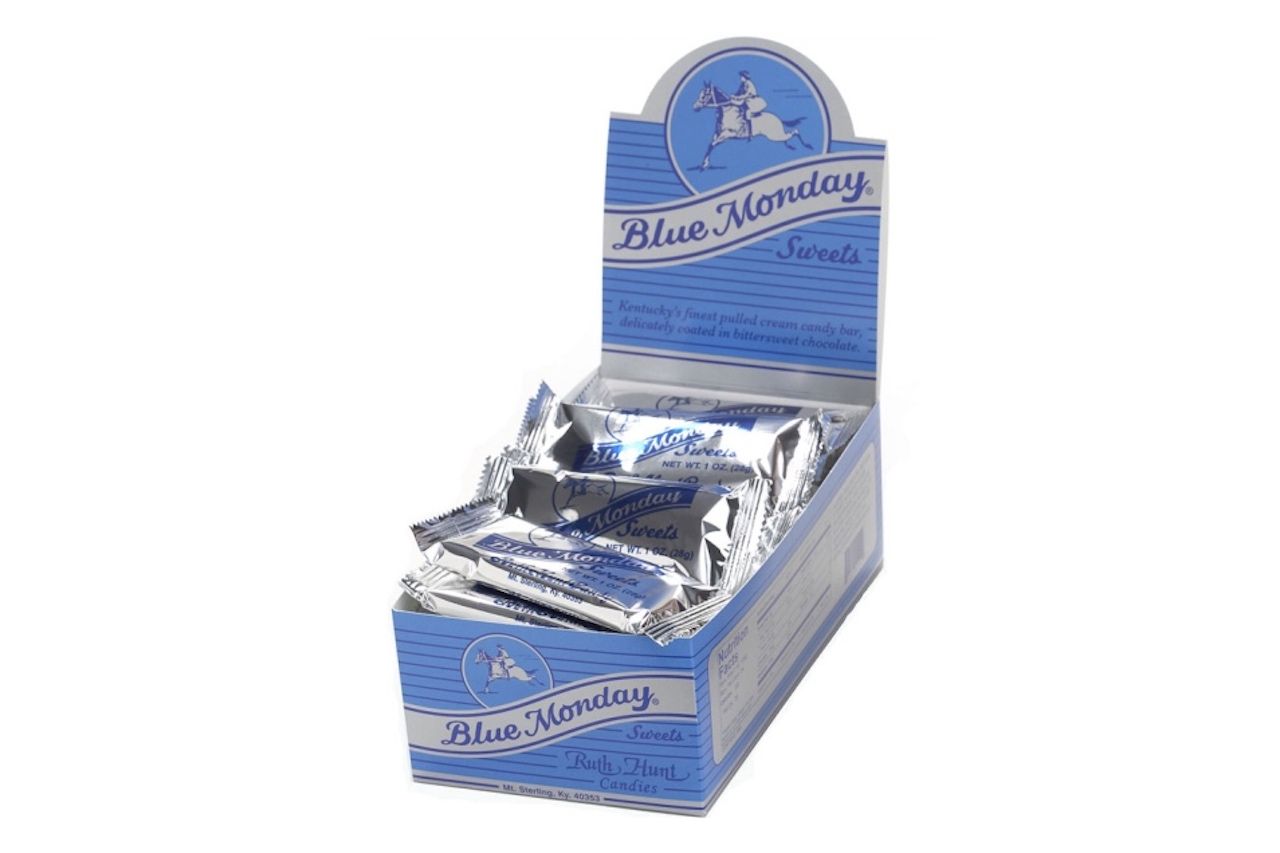 Candy maker Ruth Hunt came up with her signature Blue Monday candy bars after hearing a traveling minister remark, “Every Monday I have to have a little sweet to help me through my blue Monday.” The old-fashioned sweet is made from simple ingredients such as sugar, cream, butter, and semi-sweet chocolate, and has a soft cream center covered in a chocolate shell.

West Coast candy Cup-O-Gold is sort of like a Reese’s Peanut Butter Cup, but without the peanut butter. Instead, this chocolate cup by Adams & Brooks has a marshmallow center with almonds and coconut. Named after the fervor of the 19th-century Gold Rush, this California treat is a quick sugar fix in a cup of creamy-crunchy goodness.

Each US state’s most popular Halloween candy
Tagged
Dessert Food + Drink United States
What did you think of this story?
Meh
Good
Awesome