Americans are not able to cross the Canadian border right now, but at least they can walk and bike right up to the edge thanks to this new trail. The Empire State Trail is a 750-mile-long hiking and cycling path across New York, going all the way from New York City to the Canadian border, and from Lake Erie to the Capital District, and it just opened at the beginning of this year. 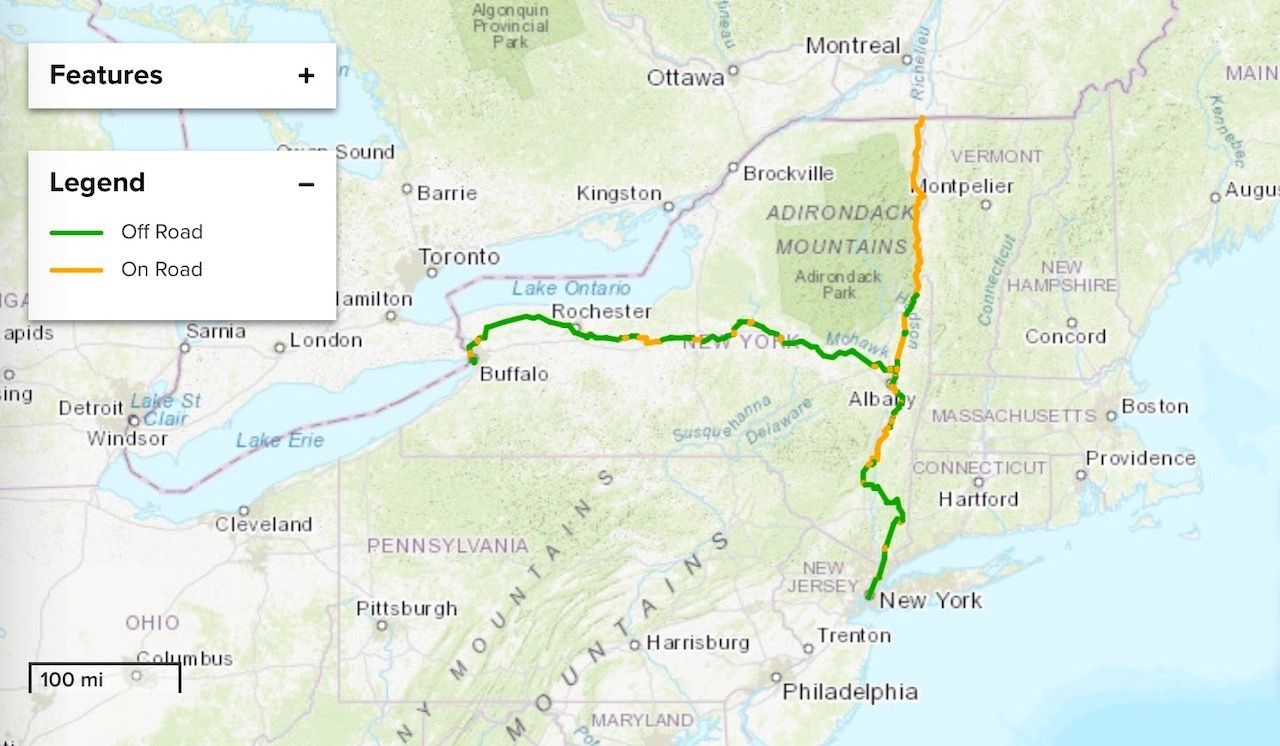 The project, which was announced in 2017, has just been completed. It builds on two existing but previously disconnected trails with 350 miles of new paths connecting near Albany. It consists of three sections called the Hudson Valley Greenway (linking NYC to Albany), the Erie Canalway Trail (between Buffalo and Albany), and the Champlain Valley Trail (between the Capital District and the Canadian border south of Montreal). Nearly nine million residents and tourists are projected to visit the trail each year. 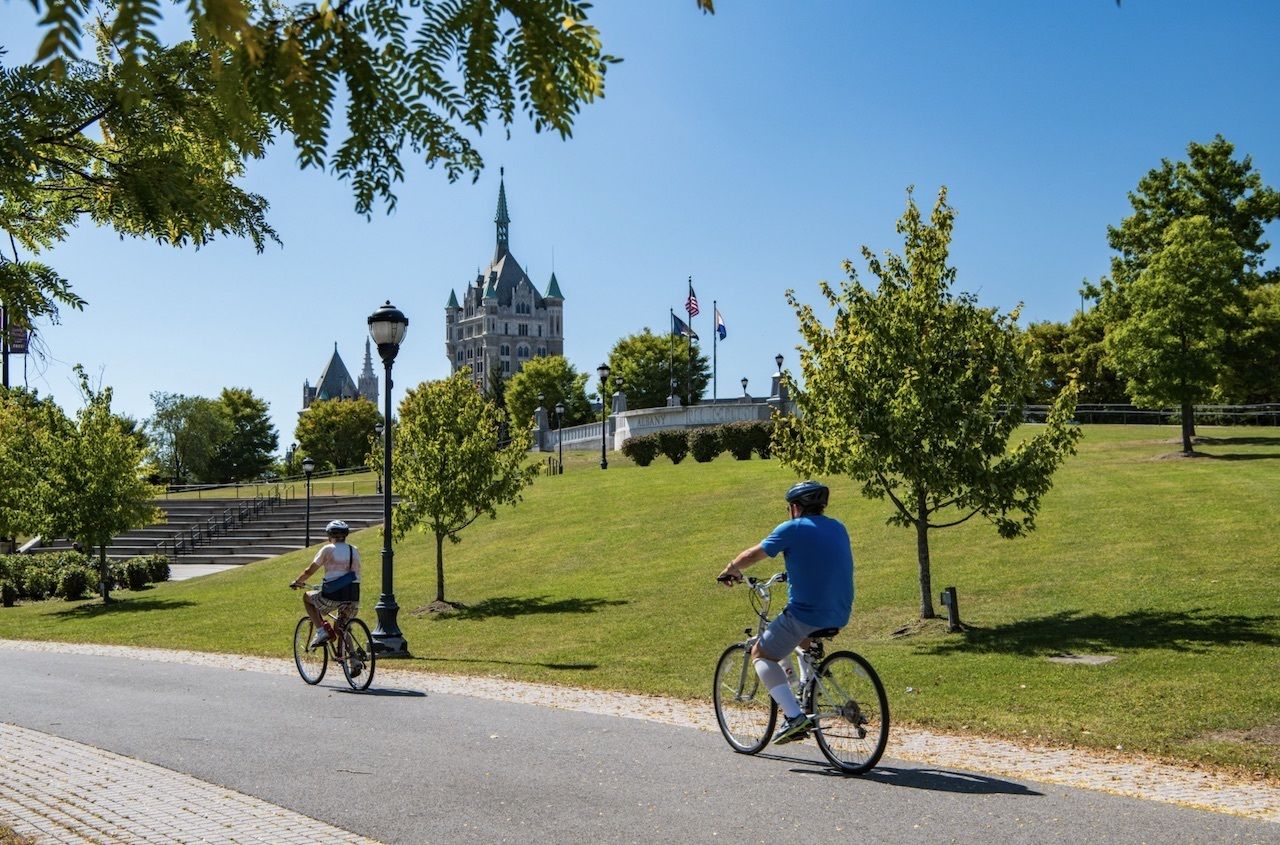 When New York Governor Andrew Cuomo announced the trail’s construction in 2017, he said, “The Empire State Trail, once completed, will be the nation’s largest state multi-use trail network, providing residents and visitors alike unprecedented access to New York’s outdoor treasures, driving tourism and economic activity to communities across the state and helping to protect our environmental resources for generations to come.”

For more information about the Empire State Trail, including a map and suggested activities, check out the official website.

A version of this article was previously published on November 3, 2020, and was updated on January 19, 2021, with more information.

CyclingThe 7 Most Epic Bike Tours Around the World
Tagged
Cycling Hiking News Canada United States
What did you think of this story?
Meh
Good
Awesome

The 20 Happiest Countries in the World, 2022
50% of Canadians Live South of This Line
The Largest Light Show on the Planet Is in Canada and You Can See It This Month
The 13 Top-Rated Toronto Restaurants on Canada’s First Michelin Guide