In 1972, an NYPD German Shepherd named Brandy saved the day when she sniffed out a bomb that had been stashed on a plane, averting a massive aviation crisis and cementing the essential role dogs play in maintaining travel security.

Today, dogs continue to serve vital roles in maintaining airport security from that first screening before boarding to that final check while crossing through customs and border patrol. It is thanks to months of training, during which the dogs’ natural desire to hunt and their incredible olfactory sense are honed, that the pups learn to search for illegal and dangerous items as they search for their favorite toys.

Last year, over 1,000 highly trained dogs were reported to be employed in airport security roles within the Transportation Security Administration (TSA), predominantly focusing on anti-terrorism measures such as apprehending passengers carrying explosives.

But sniffing out bombs is only one of the many incredible tasks detection dogs are able to perform at airports. Whether they’re stopping poachers in their tracks or keeping malaria at bay, here are nine ways airport dogs help and amaze us every day.

1. They stop the trafficking of live, wild animals. 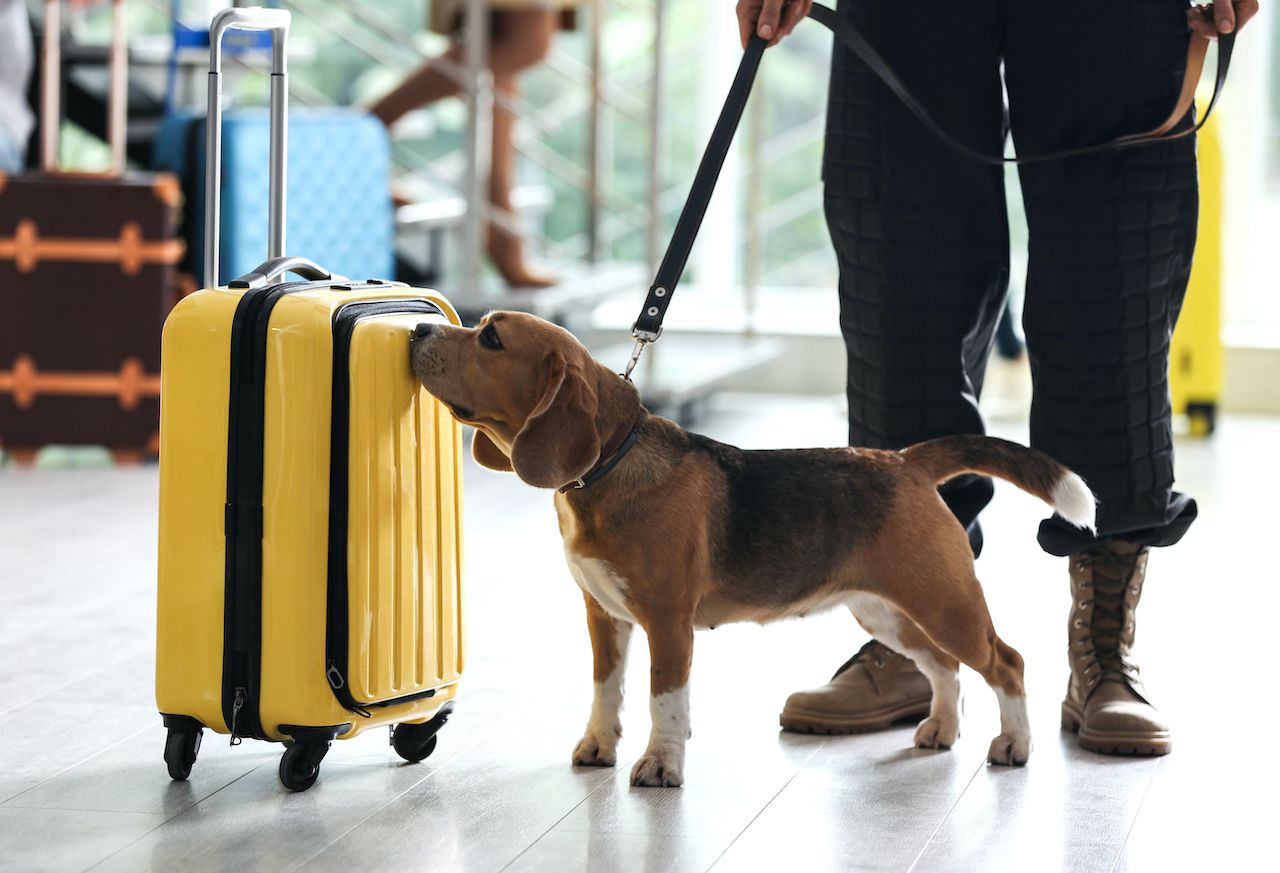 The TSA isn’t the only government agency working with dogs to patrol what crosses the border: The US Fish & Wildlife Service also relies on canine noses to sniff out wild animals unlucky enough to be forced into the illegal pet trade. Their Wildlife Detector Dog Program relies on shelter dogs, currently all highly trained labradors and lab mixes, to identify when packages labeled something as innocent as “cosmetics” are actually jam-packed with animals illegally removed from the wild.

2. They keep ivory, rhino horn, and other animal parts from traveling abroad.

For many animals, especially those that have been incorrectly labeled as having medicinal powers, they are long dead by the time their parts arrive at the airport. That’s why dogs trained in the art of sniffing out ivory, rhino horn, and other poached creatures have been deployed in Kenya’s Mombasa port, the presumed heart of the African ivory trade. With dogs working diligently to stop illegal wildlife trafficking at its source, maybe the despicable practice will reach an end before the trafficked species do.

3. They find stacks of cash.

Dogs that can go and fetch cash money for you do exist, but most of them can be found at airports around the world identifying illegal movement of money. Even though the CCDs (Currency Detection Dogs) aren’t fetching payouts for their handlers, they are identifying undeclared money that is likely being used in a range of nefarious purposes, from the trading of wild animals to sex trafficking. Most countries have passengers declare if they’re carrying more than $10,000 USD in cash, and amazingly these dogs are able to differentiate between bills below and exceeding that amount. 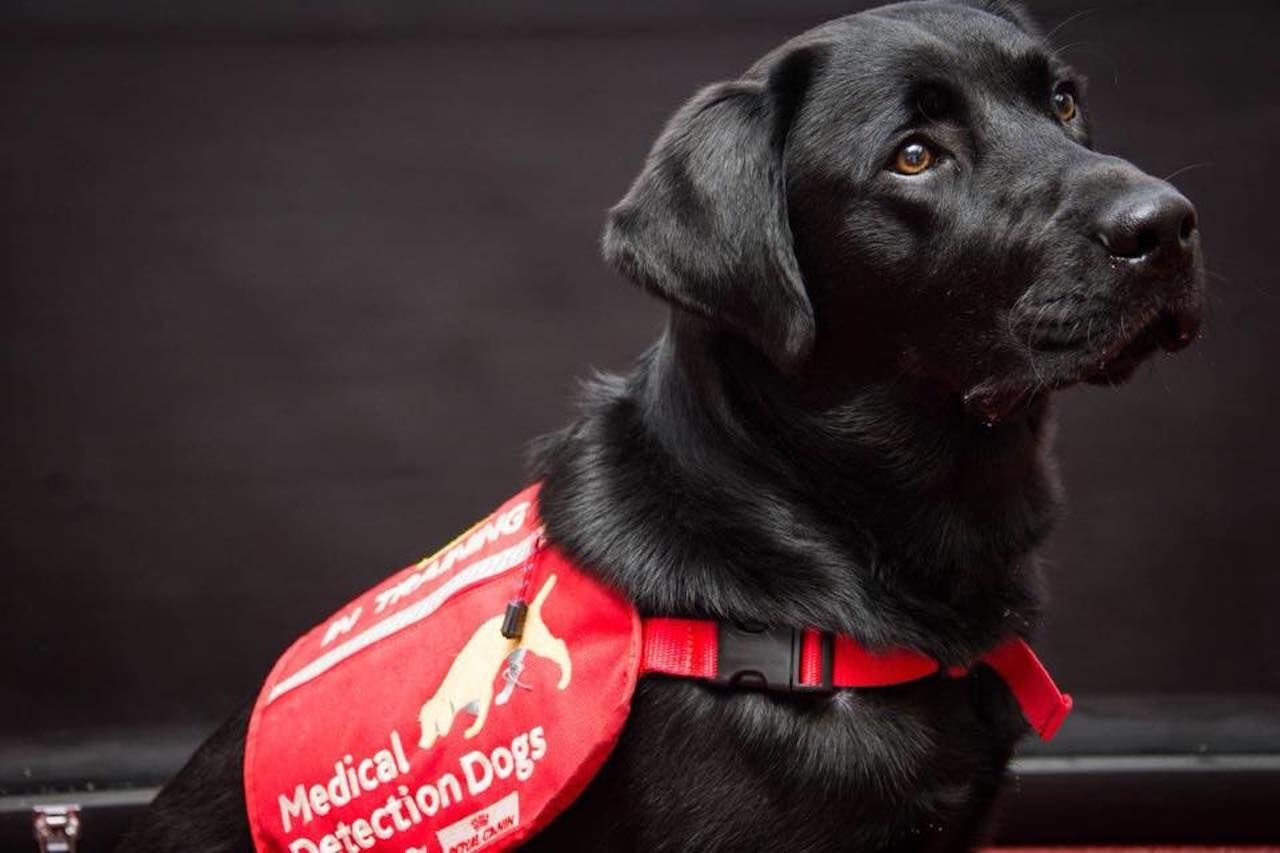 Medical Detection Dogs in the United Kingdom are a more recent addition to the team of dogs working against the movement of undesirable things across borders. With proven success at sniffing out cancer, Parkinson’s Disease, and other human ailments, this doggy skill was applied to malaria with a 70% success rate in initial tests. This method of disease prevention is still in its early stages, but it is looking very promising, especially when compared with the relatively slower method of using machines to individually test people and items.

5. They help prevent the invasion of plant and animal species.

The introduction of a foreign plant or animal can have devastating effects on foreign ecosystems. The Beagle Brigade, a division of the US Department of Agriculture (USDA) is comprised of beagles trained specifically in the detection of unwanted food and agricultural products, typically found at baggage claim. Roughly 75,000 seizures are made per year in the US. Other countries, especially islands like New Zealand and Australia, have beagles diligently checking everything that lands at the airport, as one wayward plant or animal could wreak havoc on sensitive endemic environments. Beagles are favored for their small stature, friendly demeanor, and hyper-tuned sense of smell, and they enter the program from breeders, rescues, and shelters.

6. They keep explosives off planes. 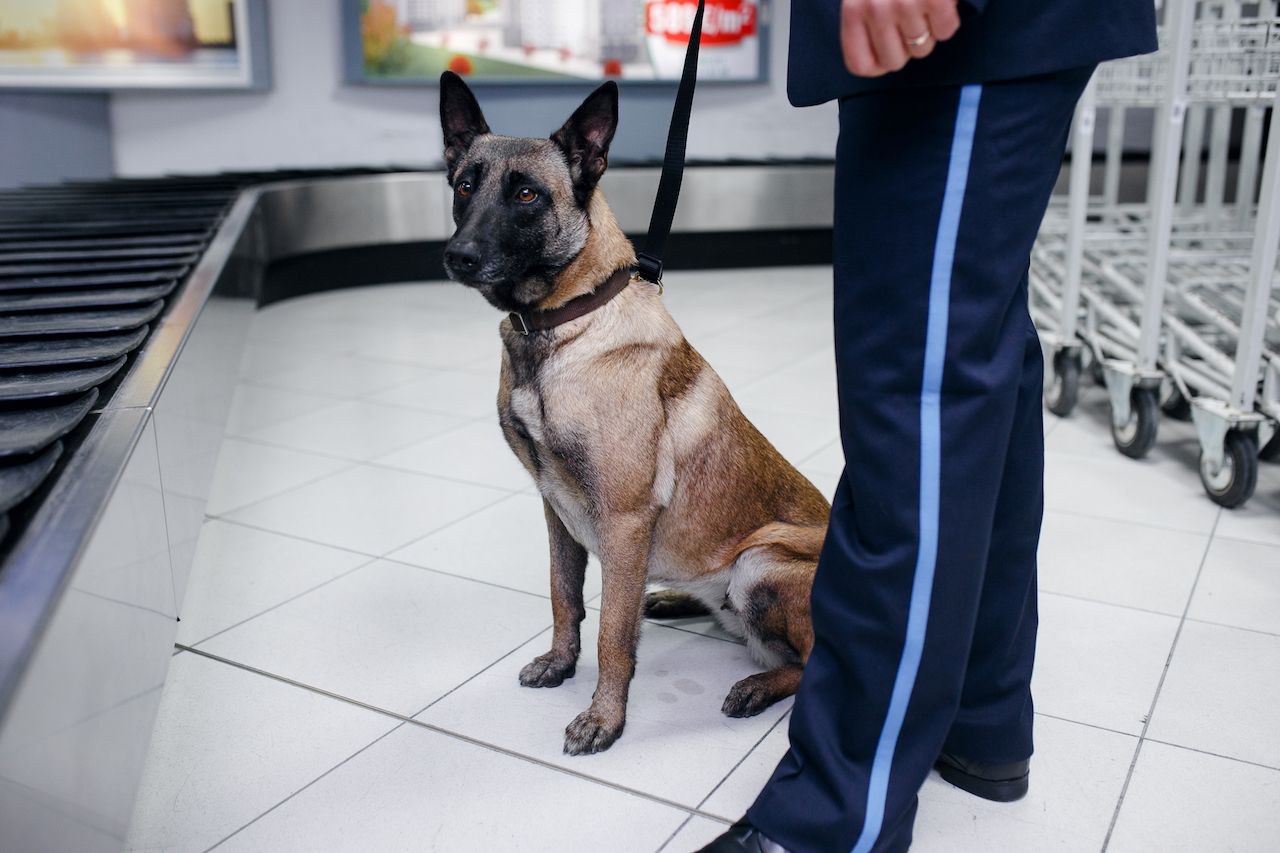 In the United States, explosives-sniffing dogs graduate from the National Explosives Detection Canine Team Program, either focusing on sniffing out passengers or luggage and packages. Belgian Malinois, German Shepherds, German Shorthaired Pointers, German Wirehaired Pointers, Golden Retrievers, Labrador Retrievers, and Vizsla dogs are the most common breeds assigned to the task, with retrievers favored for their calm demeanors. These are the dogs you will encounter in the security line en route to your gate, and while they are always very adorable, they must not be pet.

Most people think the primary purpose of airport sniffer dogs is to find drugs, but they are predominantly deployed to protect planes from bombs and ecosystems from invasive species. Dogs are trained to find multiple things that shouldn’t be there, drugs included, but that’s typically at the trafficking level, meaning large amounts of the stuff. “Searching for marijuana is not on the T.S.A.’s to-do list,” writes Julie Weed for the New York Times,” but know that detection dogs are still perfectly capable of finding it, and if they do, there’ll be trouble.

Technology has evolved quickly, but not so quickly that it has outrun the nose of a dog. Electronics-sniffing dogs are new to the detection scene and require much longer training due to the faintness of electronics smells, but they have already proven their worth by helping in the takedown of notorious pedophile Jared Fogle. These specialty sniffers are deployed in high-risk cases where terrorism or human trafficking can be at play. Often USB thumb drives contain the evidence needed to prevent an attack or put a criminal away. As the world goes more digital (crime along with it), expect to see more of these electronics-seeking dogs doing their work at airports.

9. They provide comfort to stressed out passengers. 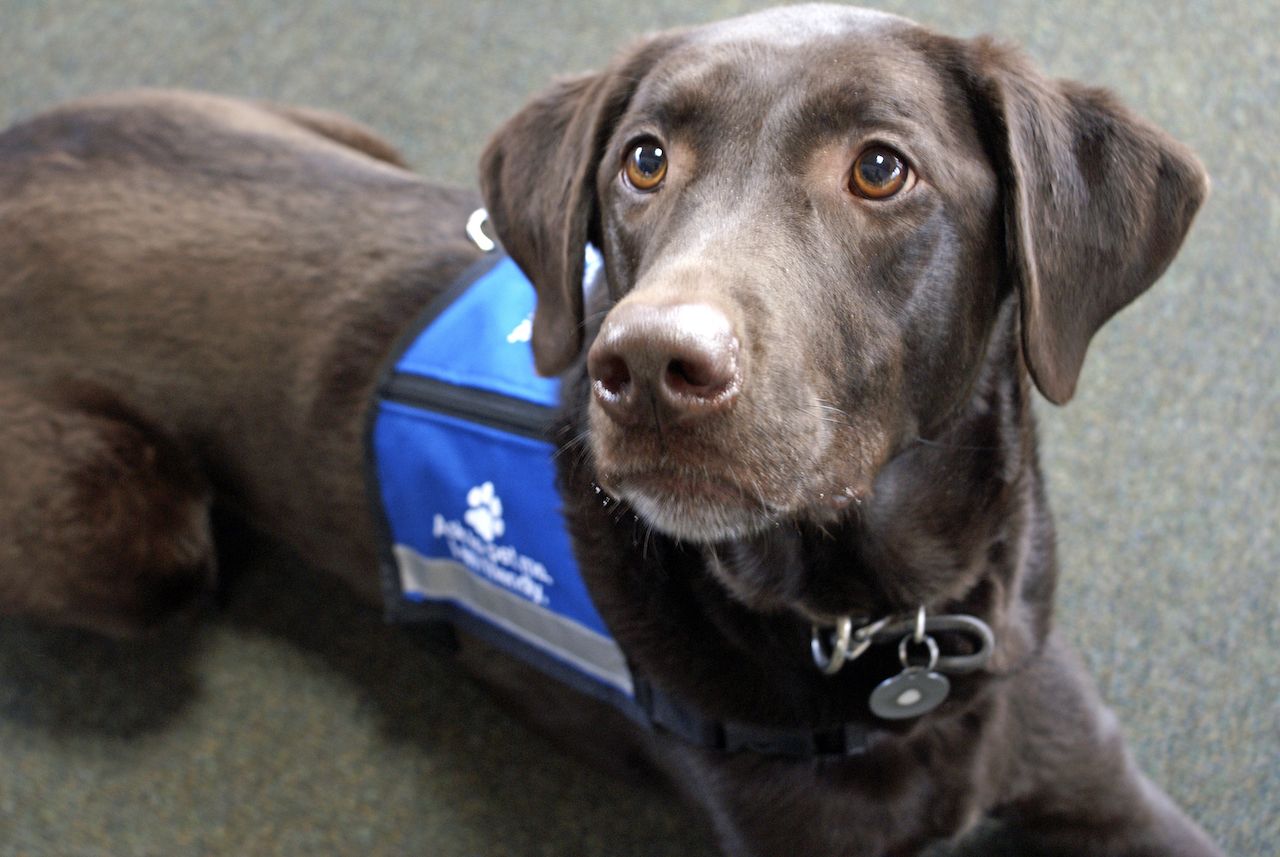 Despite the fact that airport sniffer dogs have been trained to narc on passengers, their very presence provides a sense of comfort to them. It’s hard not to smile at a happy labrador working hard to earn a treat or giggle at the tickle of a wet beagle nose sniffing out invasive plants. It’s also calming for passengers to witness the visible presence of anti-terrorism tactics in action, making them more assured of the airport’s security. Perhaps the detector dog’s greatest skill is resisting cuddling and kissing every person who walks through the airport yet still improving their mood. You’re not allowed to pet them, but as recognition for dogs’ innate talents spreads, you may just find yourself at an airport that employs therapy dogs that you are very, very encouraged to pet.

PetsEverything You Need To Know About Your Rights for Flying With Pets
Tagged
Airports + Flying Travel
What did you think of this story?
Meh
Good
Awesome