A mysterious network of ancient underground shafts, dating back 4,500 years, has just been discovered near Stonehenge. The circle of shafts was described by archaeologists as the largest prehistoric structure ever found in Britain — no offense, Stonehenge — and spans 1.2 miles in diameter. It appears to have been a boundary guiding people to the sacred Durrington Walls, one of the UK’s largest henge monuments, which sits directly at the center. 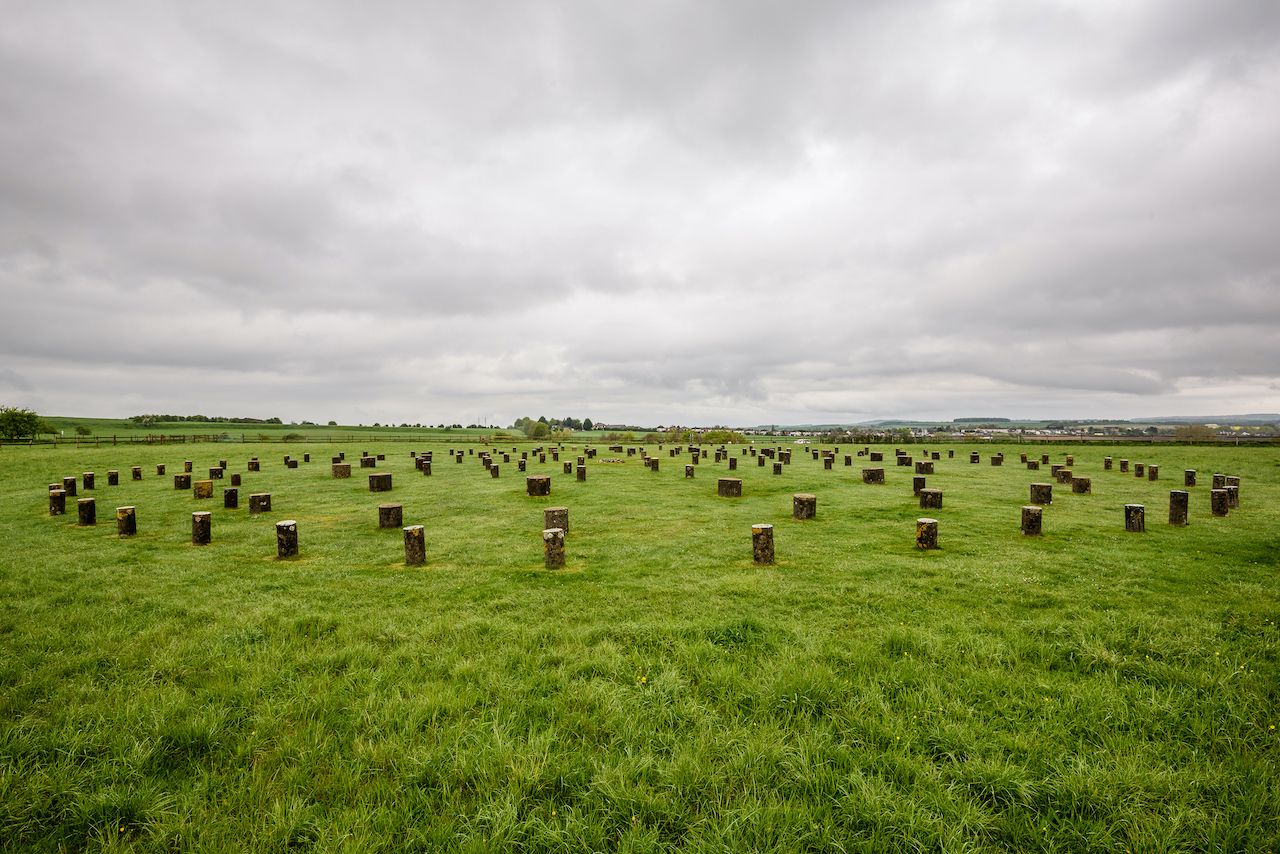 The archaeological site of Woodhenge, near Stonehenge (Photo: Andrei Botnari/Shutterstock)

Professor Vincent Gaffney, leading archaeologist on the project, told The Guardian, “This is an unprecedented find of major significance within the UK. Key researchers on Stonehenge and its landscape have been taken aback by the scale of the structure and the fact that it hadn’t been discovered until now so close to Stonehenge.”

Dubbed the “Durrington Shafts,” the discovery also provides evidence that the early inhabitants of Britain had devised a way to count. The planning required to create a structure of this size suggests that a sophisticated tally or counting system was in place. 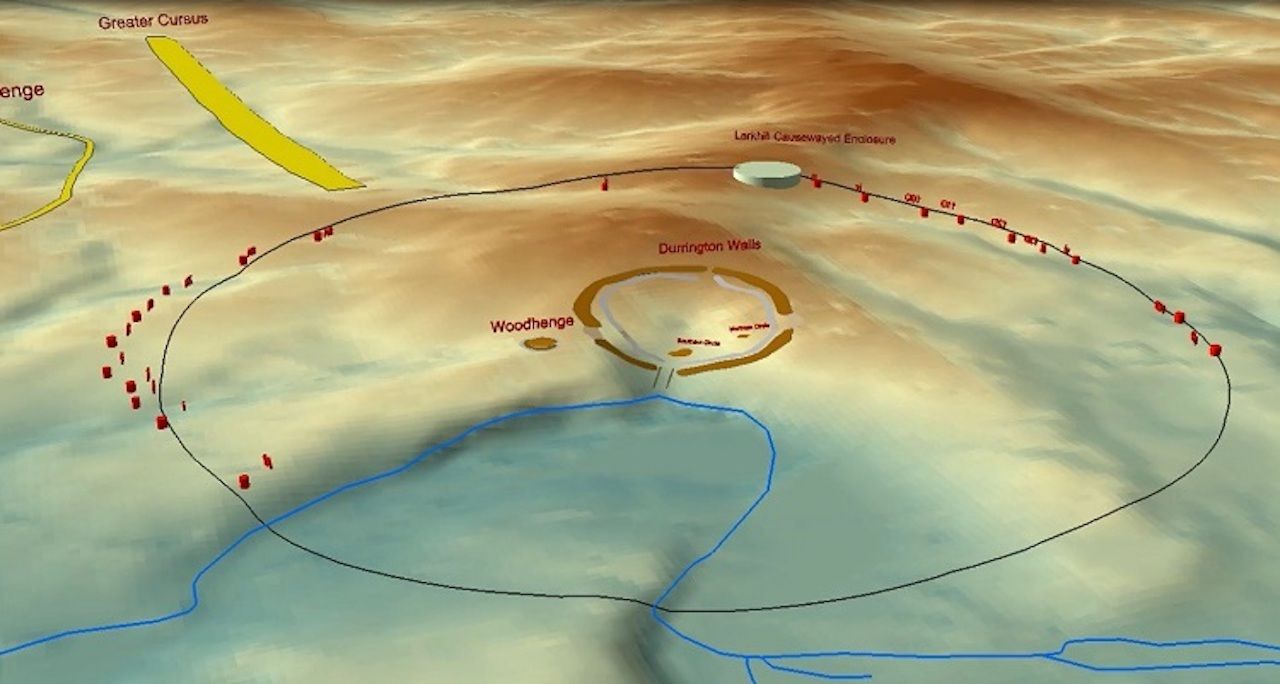 According to Gaffney, the Durrington Shafts is an example of “the significance of Durrington Walls Henge, the complexity of the monumental structures within the Stonehenge landscape, and the capacity and desire of Neolithic communities to record their cosmological belief systems in ways, and at a scale, that we had never previously anticipated.”

Archaeology7 Ancient Ruins in the UK Beyond Stonehenge
Tagged
Archaeology News
What did you think of this story?
Meh
Good
Awesome