If there was any doubt that governments around the world are taking their coronavirus lockdowns seriously, let this story from Australia put those doubts to rest.

Jaz and Garry Mott, a couple living in the state of Victoria in Australia, decided to spend the monotonous quarantine hours by sorting through old travel photos from 2019 and posting them onto Facebook. The pair subsequently received a fine from the government for their nonessential travel and violation of lockdown rules.

On April 5, Mott posted a total of 12 photos of herself and her husband, tagging destinations like Lakes Entrance, which is around two hours from their house in Traralgon. On April 9, a police officer showed up at their door and handed Mott a fine of $1,060 per person for “failure to comply with a direction given to a person in the exercise of a power under an authorization given under section 199.” 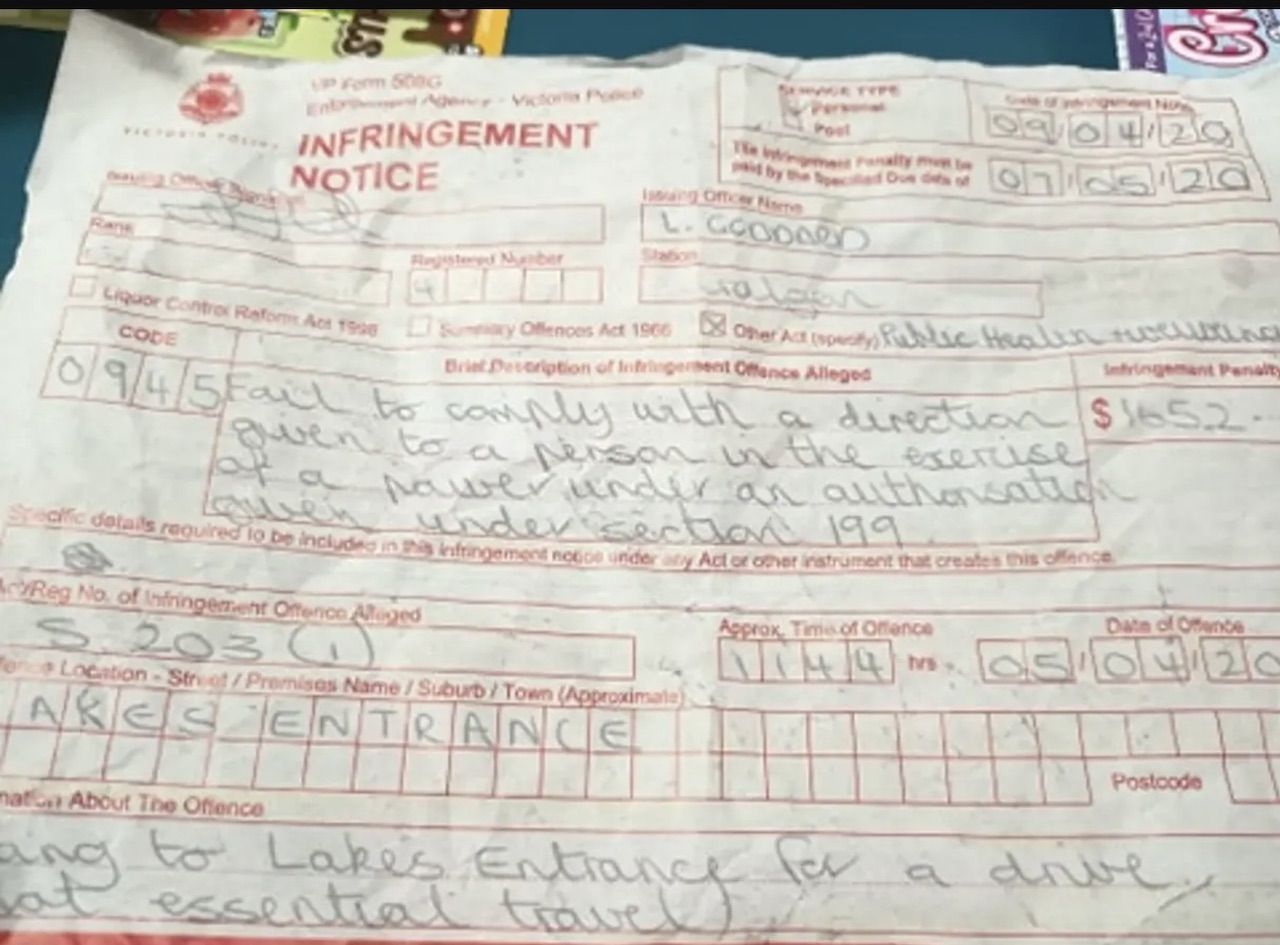 More specifically, they were fined for their alleged trip to Lakes Entrance. However, after Mott contacted the local media, the fine was revoked by the police.

According to the Victoria Police Department, “This incident has been reviewed and the decision has been made to withdraw the infringement notice. On occasion, errors will be made however that is why a review process exists to ensure instances such as these are identified and rectified.”

Mott told The Independent that the police have forbidden her from posting any more holiday photos on social media and threatened her with an arrest if she continued.

NewsIn These Locked-Down Cities, Animals Are Taking Over the Vacant Streets
Tagged
News
What did you think of this story?
Meh
Good
Awesome