If the view from your windows doesn’t do it for you any longer, this vibrant aerial picture of the Bahamas should transport you to a dreamier place. 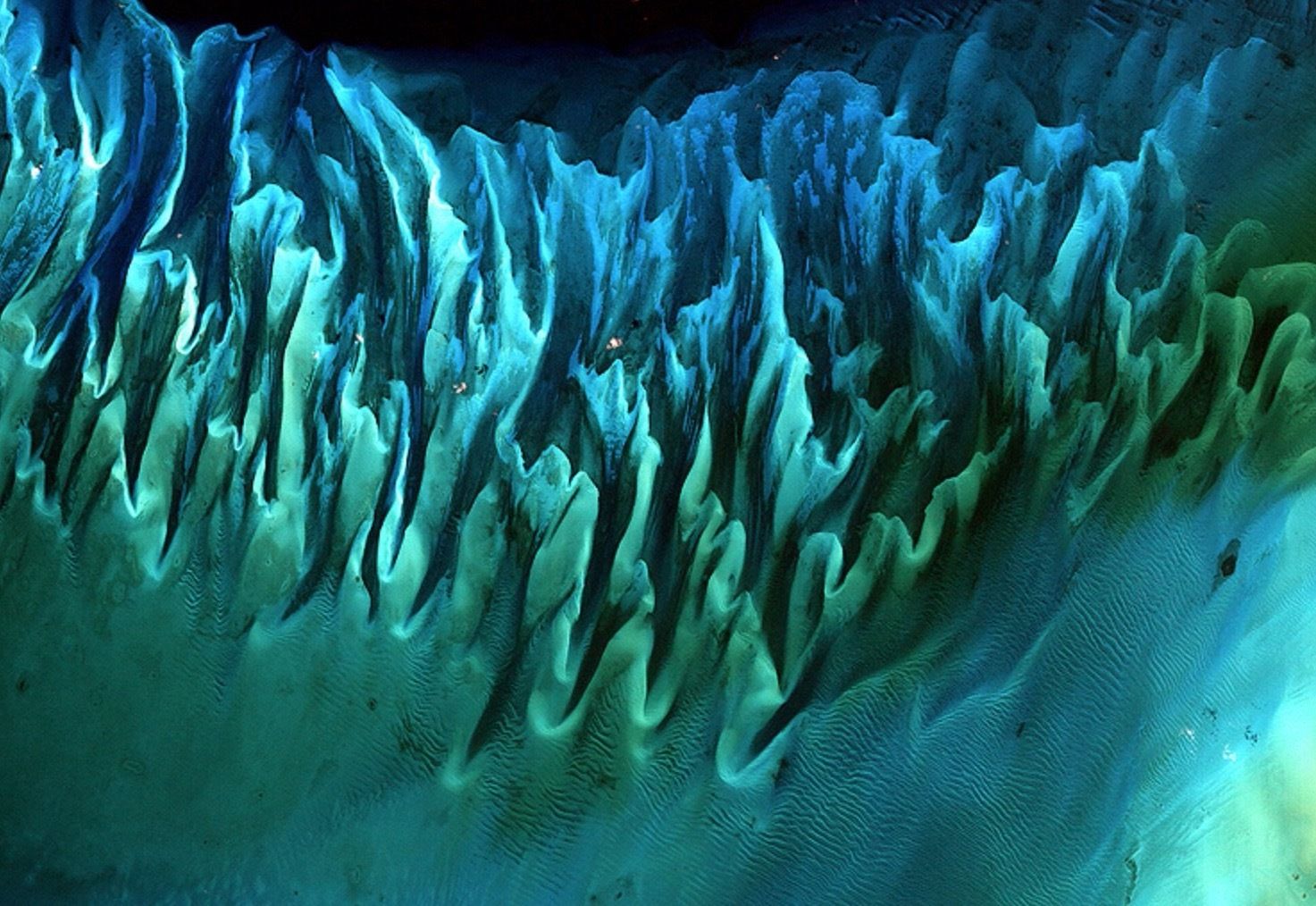 “Ocean Sand, Bahamas” is the title of the winning image for NASA Earth Observatory’s 2020 bracket-style photo competition called Tournament Earth. The competition pitted the best-submitted photographs of the Earth against each other in a brack format, and the public voted on which photos advanced.

“Ocean Sand, Bahamas,” taken in 2001 by Serge Andrefouet through the Enhanced Thematic Mapper Plus instrument aboard the Landsat 7 satellite, is a beautiful artistic false-color rendering of patterns in the sands and seaweed in the Bahamas.

Over 56,000 people voted in the contest, whose entries were taken from NASA Earth Observatory’s Image of the Day. “Ocean Sand, Bahamas” won 66.2 percent of the votes in the final round. It beat out a photograph taken by astronauts aboard the International Space Station of the erupting Raikoke Volcano, as well as a view of the Earth from space, among others.

WildlifePhotographer Captures Extraordinary Shots of a Cross Fox in Canada
Tagged
News
What did you think of this story?
Meh
Good
Awesome