Summer is the season for envying your friends with lake houses and angling to get yourself an invitation to visit them. Lakes are as synonymous with summer weekends as beaches and barbecue, but many forget that lakes aren’t just a warm-weather destination. In fact, some — like people without lake houses — would argue that winter is the best time to visit the country’s most beautiful lakes. Whether it’s hiking, skating, or just a quick pit stop to bask in the frozen magic, a cold-weather lake trip is the best antidote for the winter blues. These are the lake getaway you need to add to your winter itinerary. 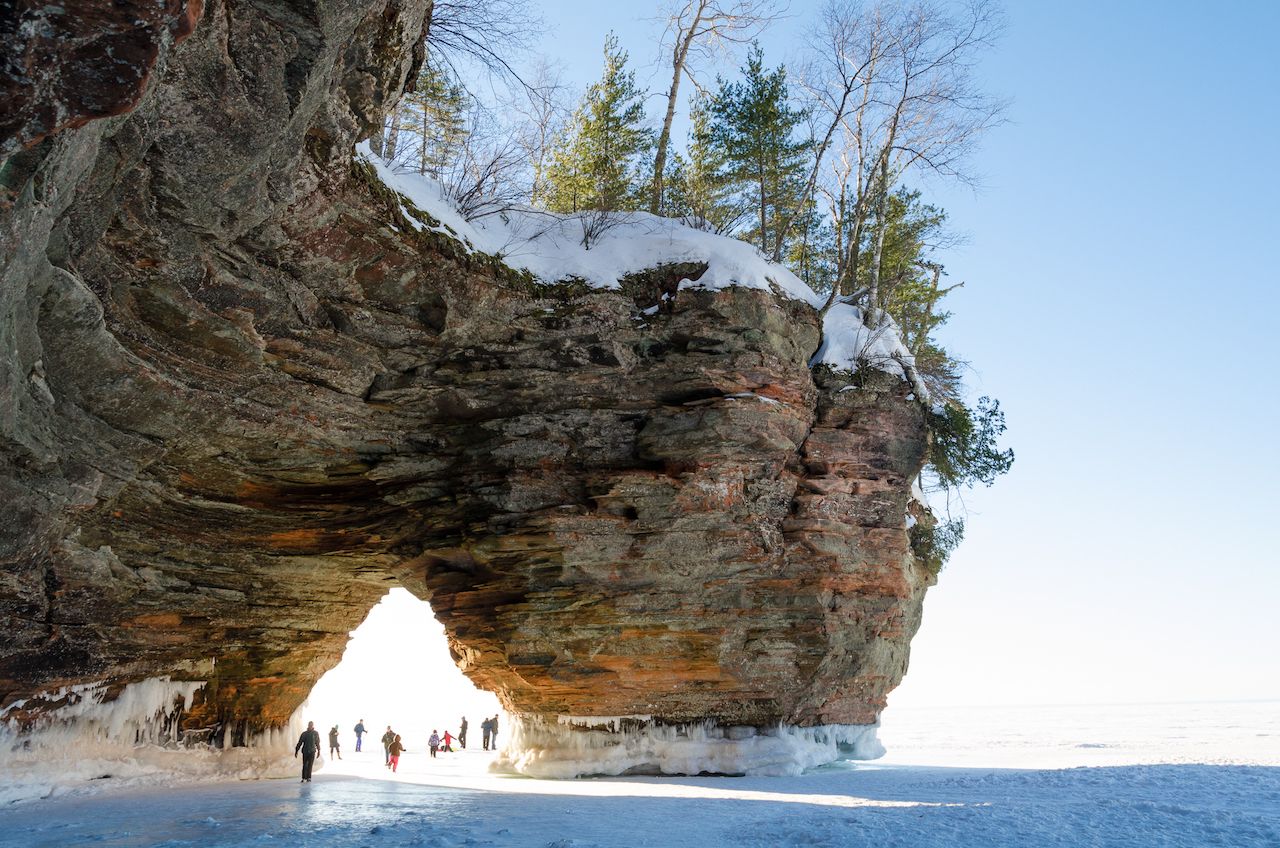 The largest of the Great Lakes isn’t exactly a hidden destination, but it’s easy to forget that the 32,000-square-mile lake is actually one of the country’s most beautiful vacation spots. Whereas summer brings boating, water skiing, and swimming to Lake Superior, winter brings a host of new reasons to visit, apart from the natural beauty found all along the tree-lined shore. The lake covers a pretty wide range, touching three states, but the most magical places to visit are probably the sandstone caves at Wisconsin’s Apostle Islands. When the lake is frozen, you can walk across the surface to see the petrified waterfalls and streams in the caves, which are themselves encased in icicles. If you happen to be visiting Lake Superior from the Michigan side, you may want to base yourself in Marquette, which hosts the Suicide Hill Ski Tournament and Noque Ski Marathon (which includes a dog sled race) in late January. 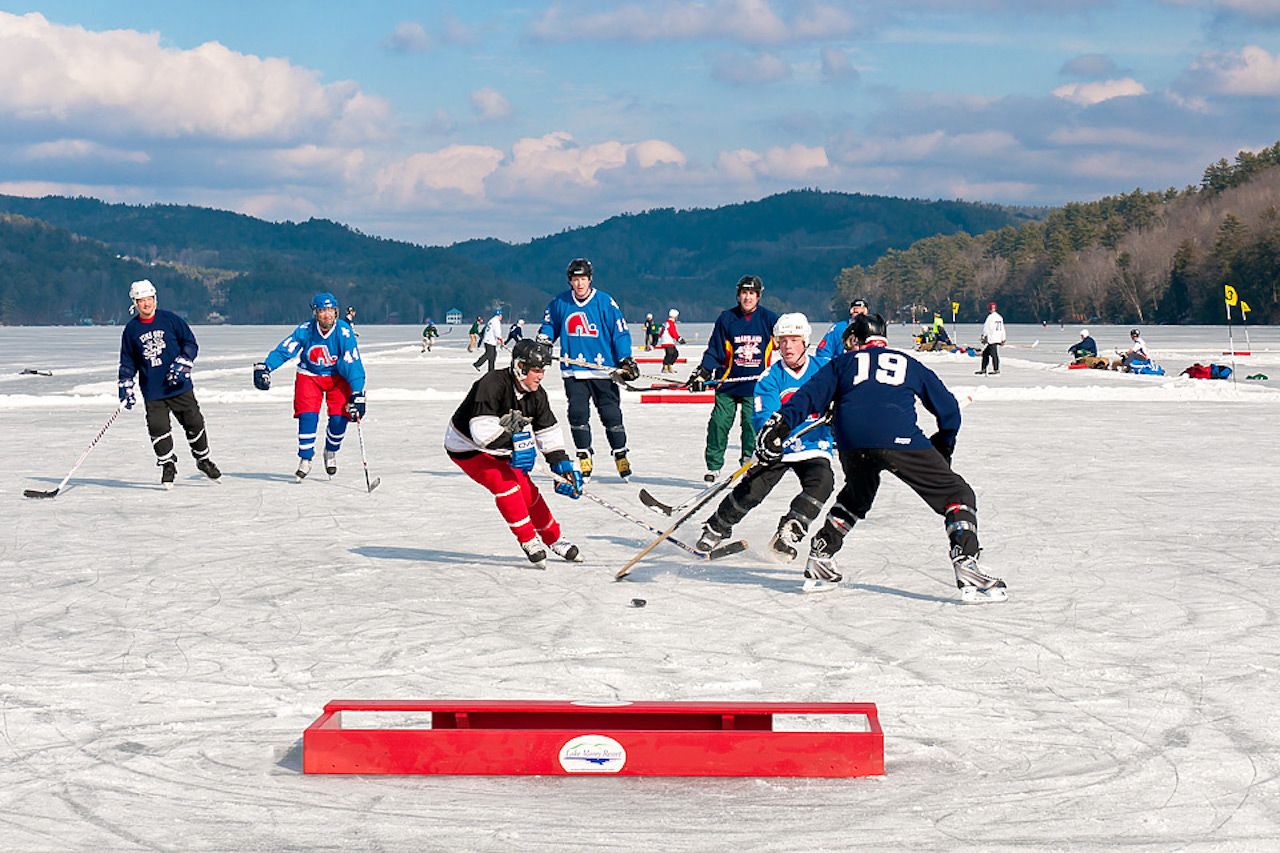 Not nearly as famous as Lake Superior, Lake Morey is a small lake tucked away on the border of Vermont and New Hampshire. It’s relatively low profile, and that’s exactly what makes it such a good lake getaway for the winter. The mountainous, wooded scenery creates an ideal backdrop for a winter skate session. If you’re really adventurous, you could skate the whole length of the 4.5-mile lake, or even take the longest Nordic skating trail in the US that winds along the edge of the surrounding birch, pine, and maple forest. The lake’s surface is regularly maintained by the Lake Morey Resort, which also rents skates and runs beginner skating lessons. 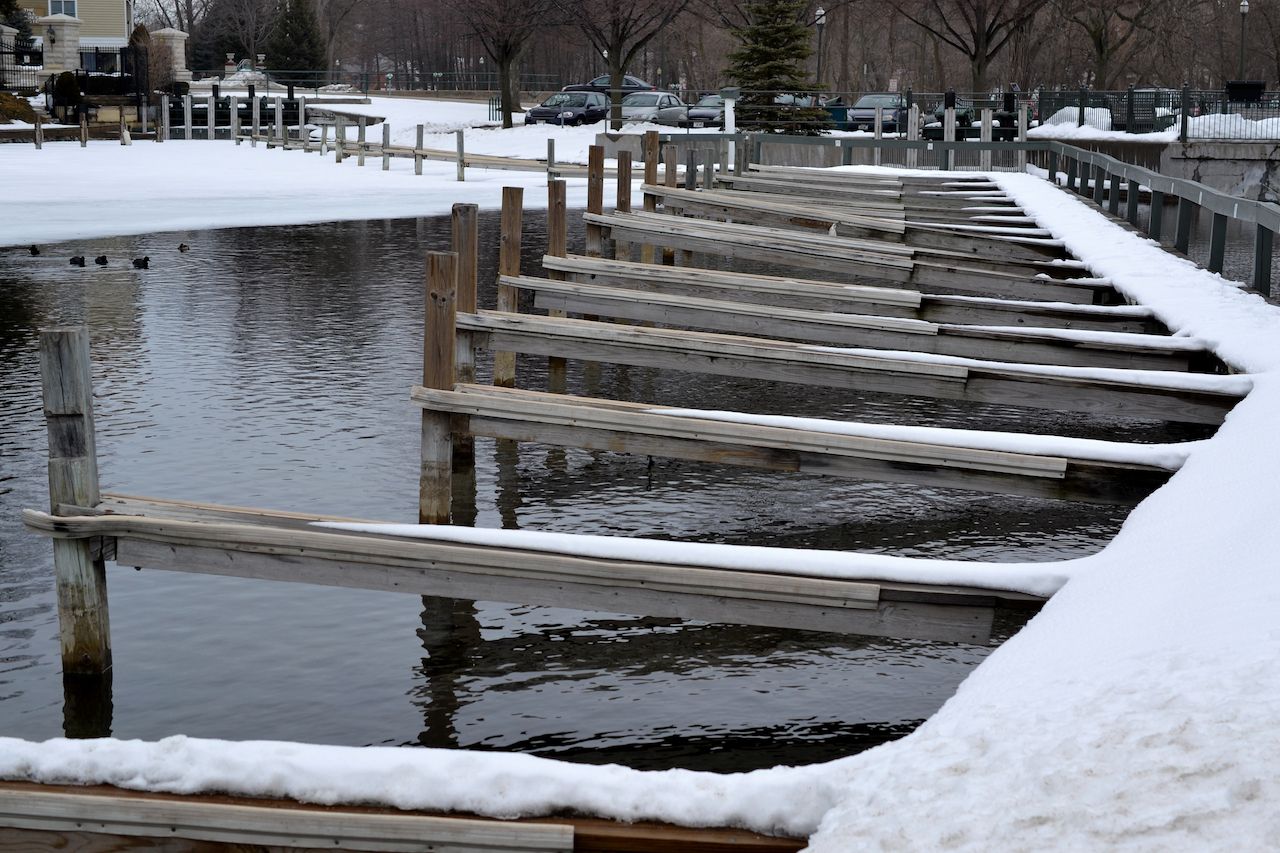 No, Lake Geneva, Wisconsin, isn’t constantly filled with confused European tourists thinking, “This doesn’t look like Switzerland…” Wisconsin’s Lake Geneva, about an hour southwest from Milwaukee, is most widely known for the 23-mile public path encircling the shoreline, making it perfect for a brisk winter hike. A popular lake for watersports in the summer, Lake Geneva takes on an entirely different character in the winter, especially during the annual Winterfest celebration. Taking place at the end of January each year, Winterfest brings ice skating, holiday treats, and snow sculptures to the lake. To really get you in that winter spirit, Lake Geneva even hosts the National Snow Sculpting Championship at the end of January. 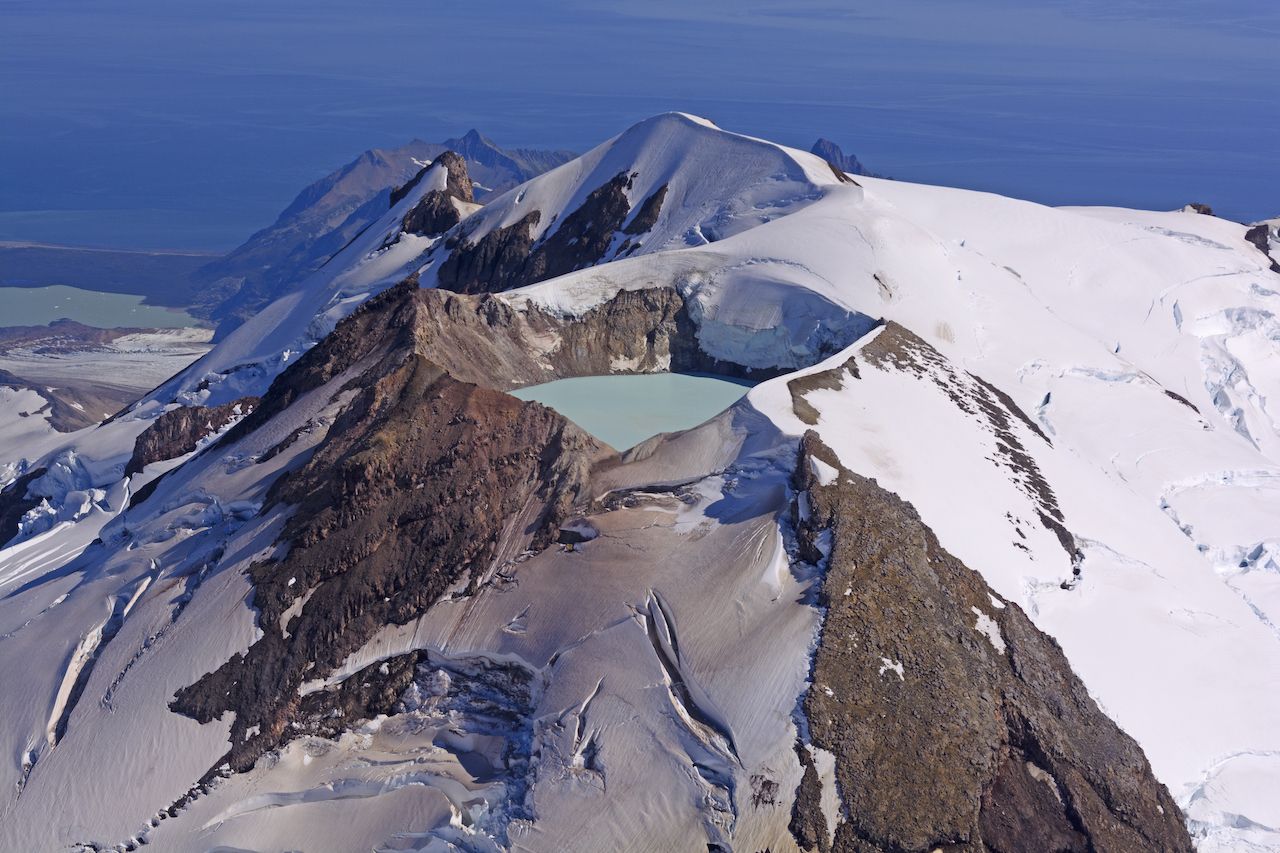 This is probably one of the most difficult lakes in the US to access, but it’s worth the serious effort. Mount Douglas is a stratovolcano in Kamishak Bay, Alaska, with a crater lake located directly on the summit. It’s a 7,000-foot hike up the volcano, but once you get there you’ll be rewarded with an epic view and a lake that’s always between 60 and 70 degrees. That’s right, it’s one of the only winter lakes you can actually swim in and not catch pneumonia. The water’s high acid content, however, means you probably won’t want to soak in this lake for too long. 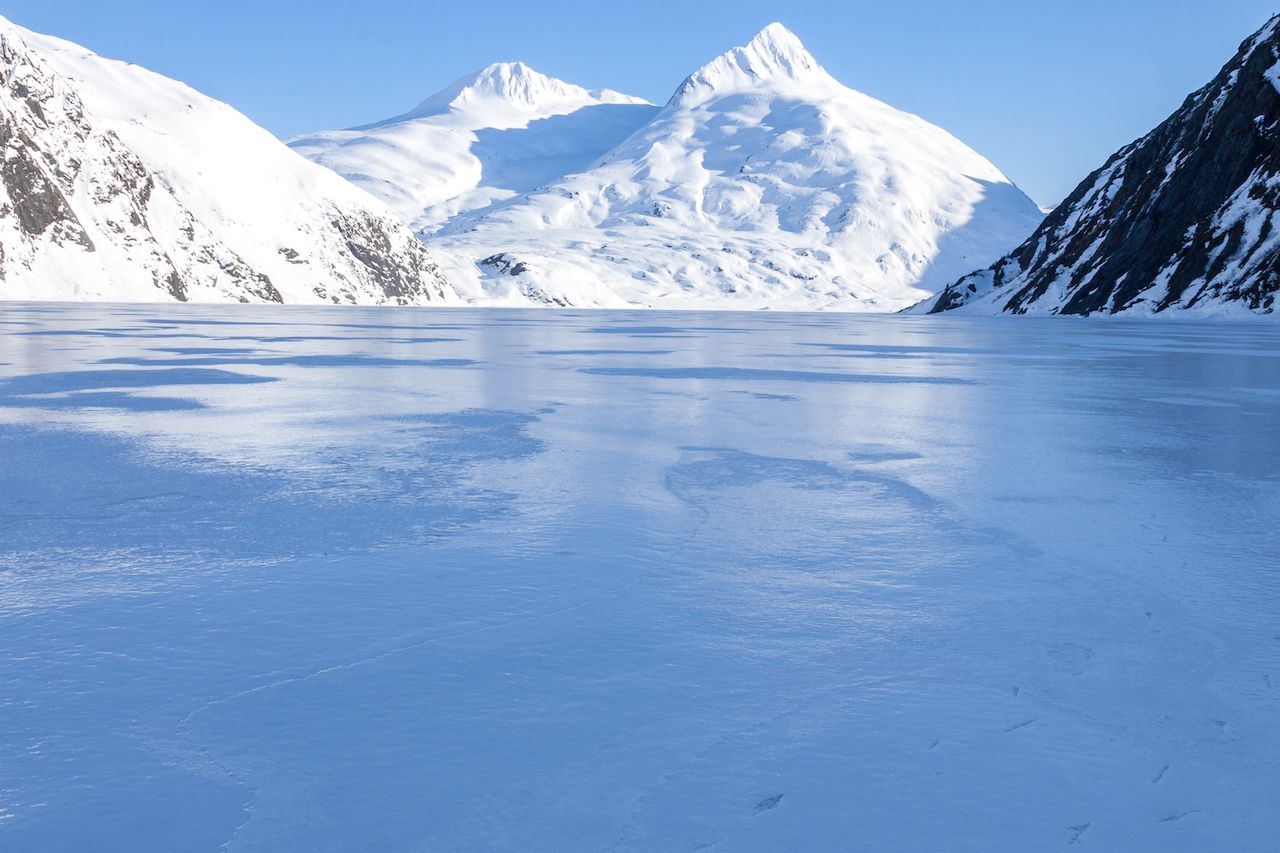 There are also beautiful lakes in Alaska that don’t require hiking a volcano to reach. One of them is Portage Lake in Chugach National Forest. Three miles long and one mile wide, the lake is situated at the foot of Portage Glacier, meaning it’s pretty tough to improve upon these views. If you don’t feel like skating across the ice, or going for a bike ride, you could simply relax and bask in the blue Arctic ice of the colossal glacier. Despite its wild and rugged location, the lake is very accessible to visitors from Seward Highway along the Portage Glacier Access Road. 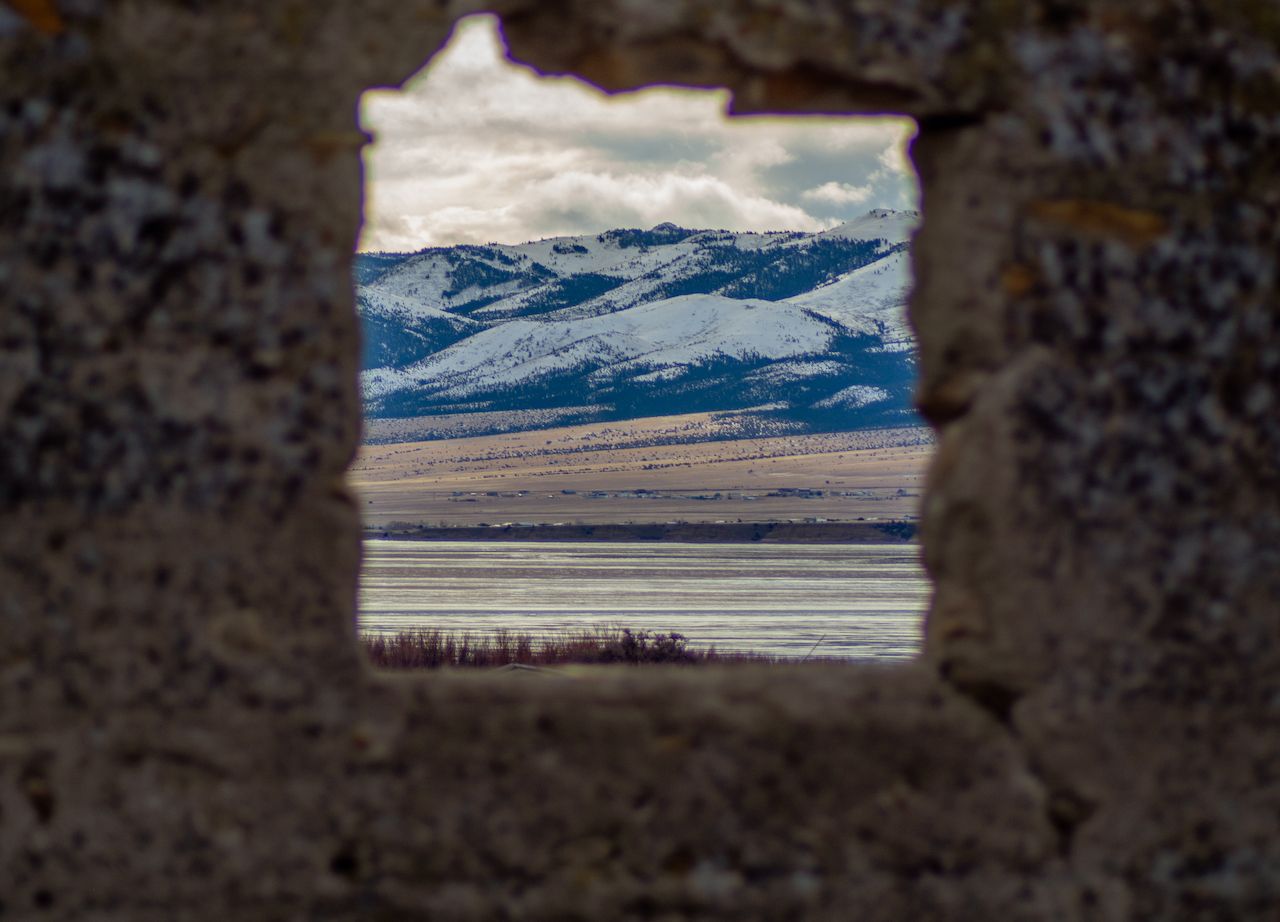 When it comes to long, unspoiled vistas of rolling winter plains, it doesn’t get better than Big Sky Country. Canyon Ferry Lake in Montana, about an hour east of Helena, has to be one of the most picturesque winter lake vacations in the US. In addition to being able to skate the 35,200 acres of surface water with a view of Helena National Forest and the surrounding hills, it’s also a great place for wildlife watching. It’s not uncommon to find bald eagles and snowy owls, so make sure you’ve got your camera ready. 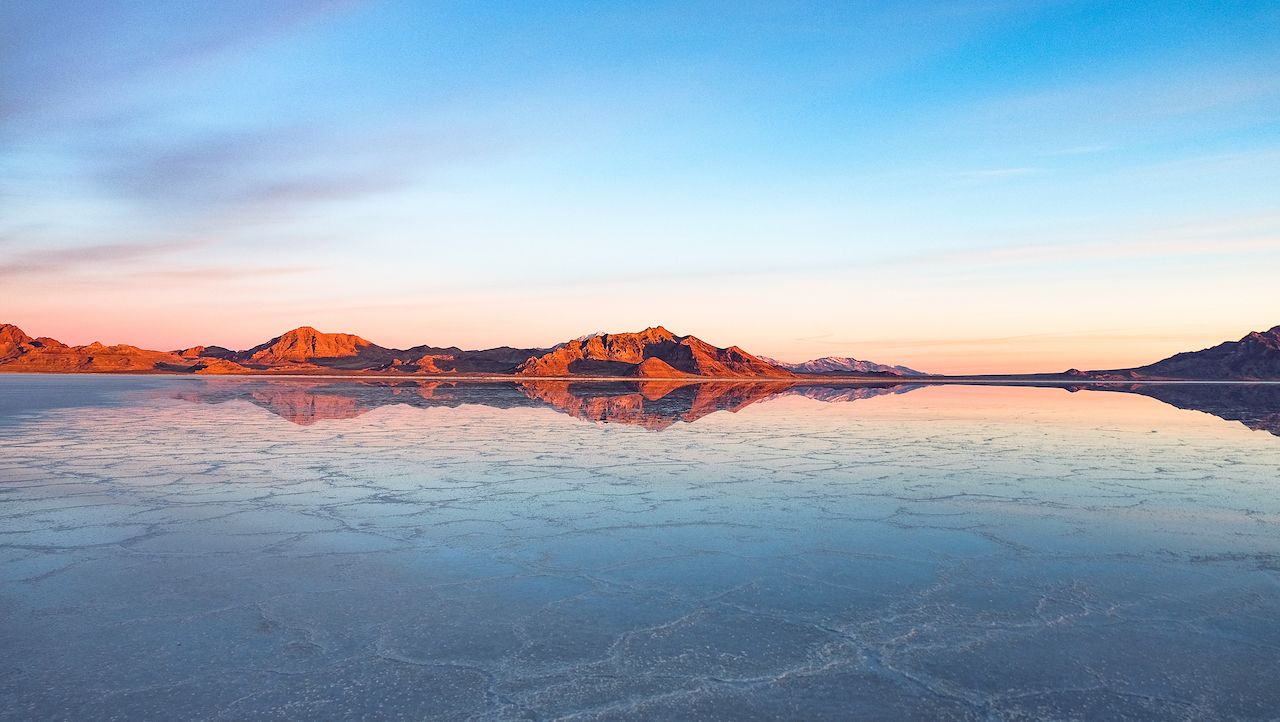 Technically, the Bonneville Salt Flats isn’t a lake, but that’s only because we’re about 15,000 years too late. Once covering much of the Great Basin region, Lake Bonneville has since dried up and left us with the salt flats instead. Luckily, those salt flats are pretty incredible, especially in the winter. The US version of the famous Uyuni Salt Flat in Bolivia, Bonneville is a 12-mile-long desert of white salt crust. In the summer, racetracks are built on the flats for various vehicle races vying to set land speed records. In the winter, the flats become a shimmering wilderness that more resembles the North Pole than northwest Utah. Winter precipitation gives the flats a glass-like appearance, which might not be your typical lake experience, but it’ll certainly be more memorable.

Ski & SnowThe World’s Most Beautiful Lakes You Can Ice Skate On
Tagged
National Parks Insider Guides United States
What did you think of this story?
Meh
Good
Awesome