Being healthier is one of the most popular of New Year’s resolutions. For some, this may include making big life changes — like moving — that make it easier to get and stay healthy. And healthy places aren’t just those with lots of gyms and juice bars. Places to make lifestyle changes are those that share a worldview of health — where physical health is important but so are access to outdoor activities, mental health, low-stress levels, fresh food, quality healthcare, and strong, supportive communities. Because if you’re looking to get healthy (for real, this time), the easiest way to do that is in a place surrounded by people who will support your goals, and may even join you for a morning run. Here are the best destinations to get healthy for good. 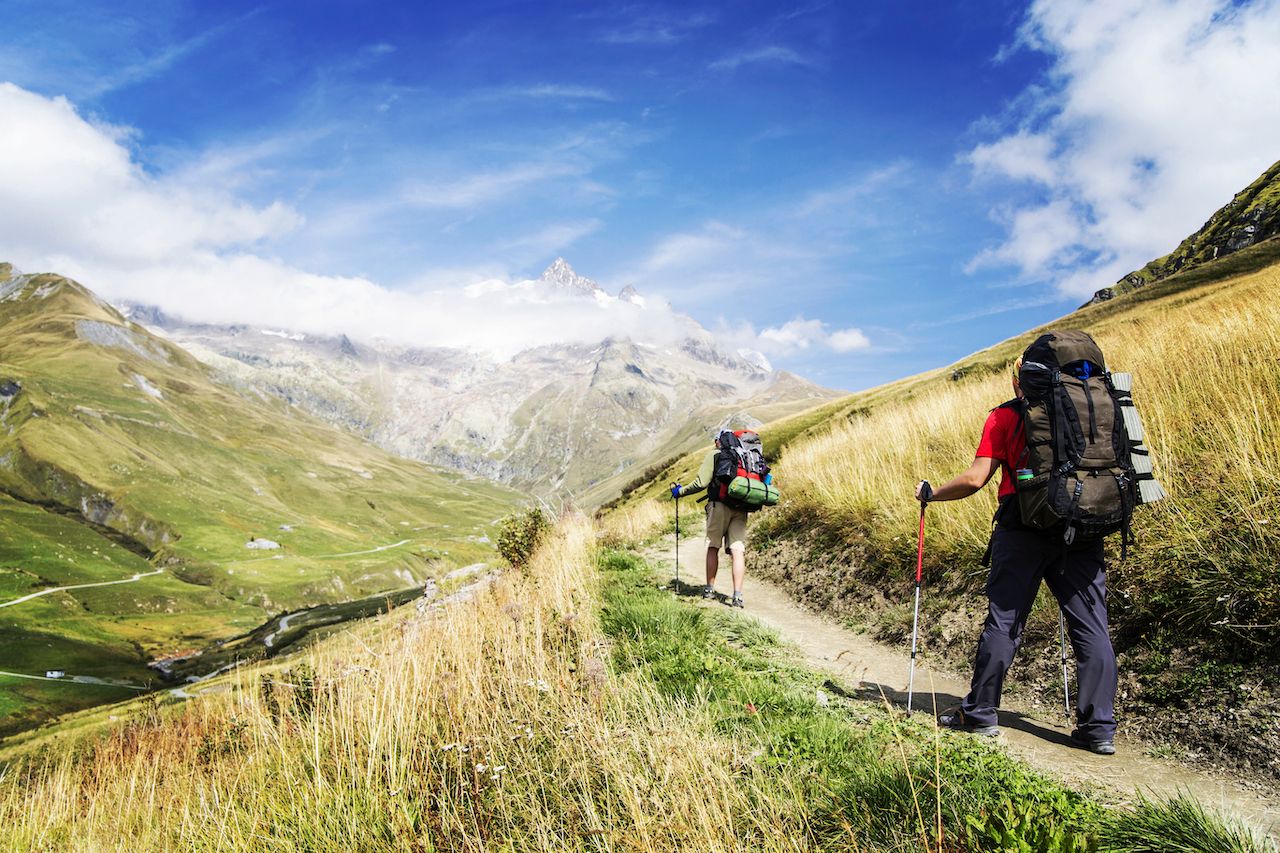 Switzerland continually ranks near the top of world health and happiness indexes and it’s not hard to see why. The country’s natural beauty, the mix of cultures, ease of living, and financial stability combine to create a way of living that is inherently healthful. The Swiss people are laid back and low stress, preferring pleasantry to passive aggressiveness and a healthful meal to fast food. Access to Switzerland’s stunning outdoors is made easy by a famously well-planned public transportation system. This ease of moving about extends outside of the country, with bountiful options for train and plane travel to relax in other popular vacation spots in Europe. While a Swiss passport is one of the hardest in the world to obtain, if you can afford to make yourself a home there, it would probably be worth the effort in the long run. 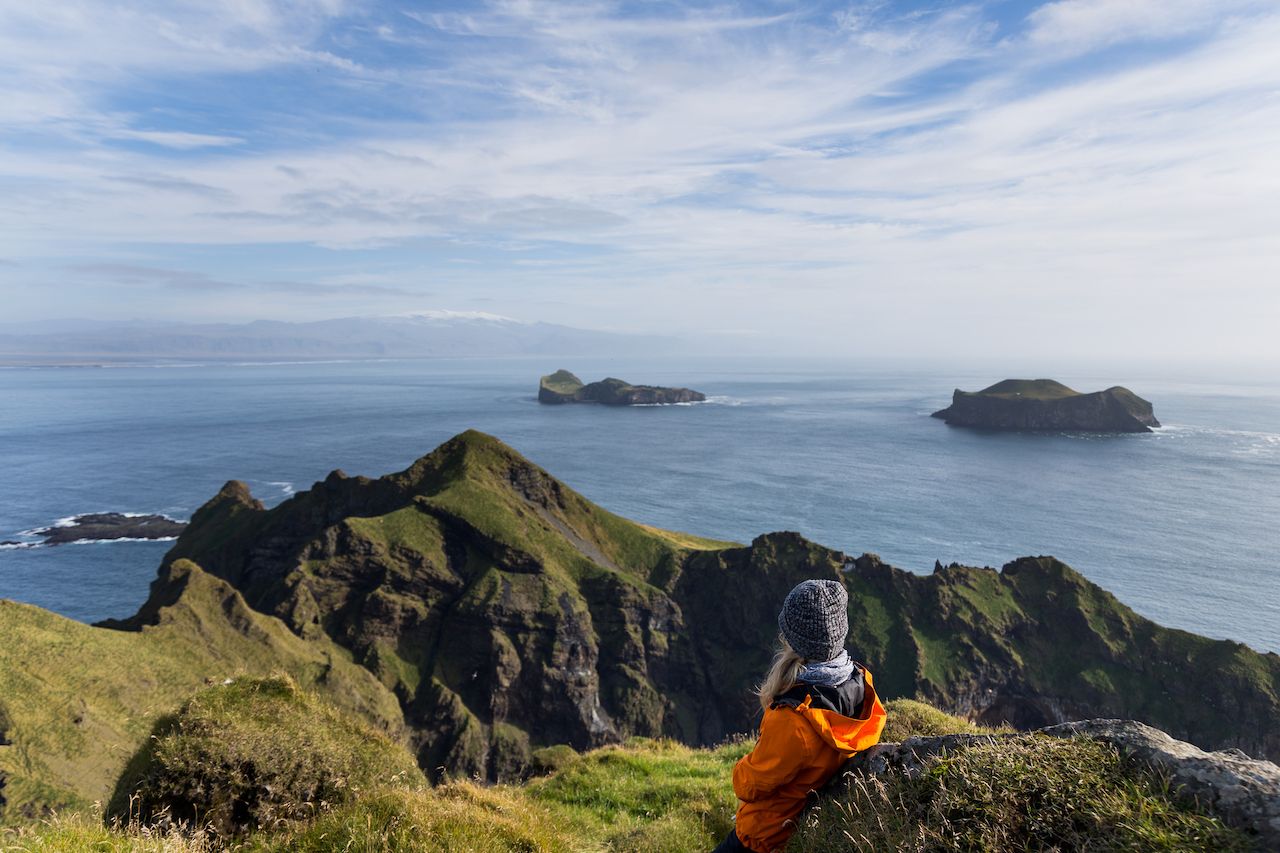 While Icelanders have to deal with long, chilly, winter nights, they also get to enjoy long, beautiful summers — and enjoy they do. With only a few hours of twilight each summer, Icelanders take advantage of their stunning outdoors by partaking in everything from midnight sun golf tournaments, bike races, solstice parties, and community festivals. The literacy rate in Iceland is 99 percent, there are no McDonald’s, next-to-no violent crime, and no mosquitos. The World Economic Forum has also rated Iceland the best country in the world for gender equality, erasing the stress of income discrepancies and gender-discrimination at work. Social support, generosity, an active lifestyle and freedom in life choices make Iceland an ideal choice for those looking to make a healthy change. 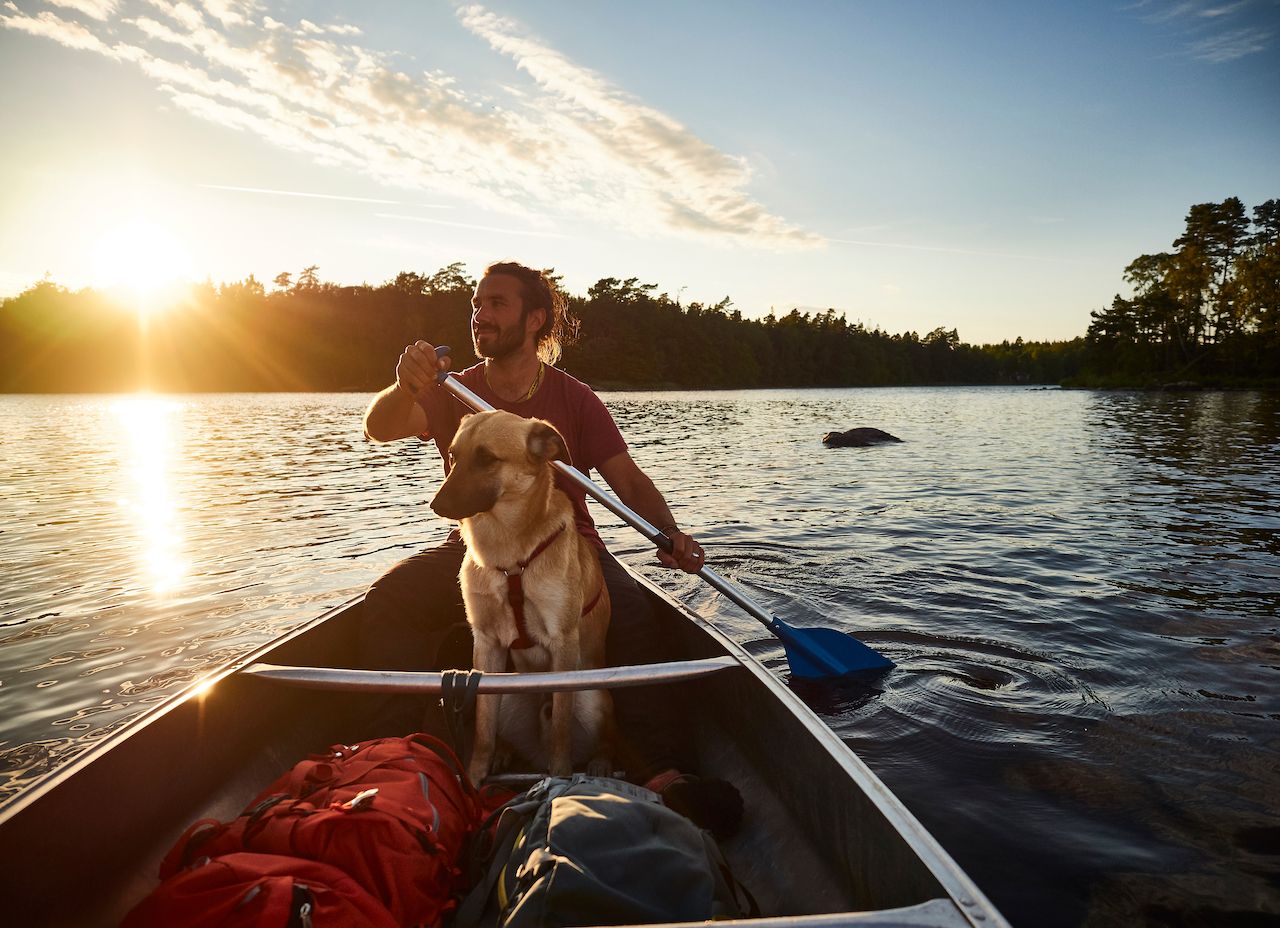 Sweden is one of two countries (the other, previously mentioned Switzerland) that ranks at the top of the scale in terms of happiness, health, and productivity. And why wouldn’t it? Ikea is from here. For those who don’t find zen in putting together a bookshelf, Sweden has many other attributes that put it at the top of the healthy-living list. These begin at the government level, with a healthcare system that is mainly government-funded and decentralized, a minimum five weeks of vacation, unlimited sick days, 480 days of paid parental leave, subsidized daycare and no-cost schooling. Extreme weather doesn’t slow Swedes down; they revel in the fresh cold air and daily activities include skiing, ice skating, hockey, walks, and running. In summer, the midnight sun makes time for swimming, kayaking, and the Swedish national “sport” of picnicking. As a whole, people in this country are practical, liberal, tolerant, self-aware, honest, and take care of one another. Not to mention, Swedes are famously good-looking. 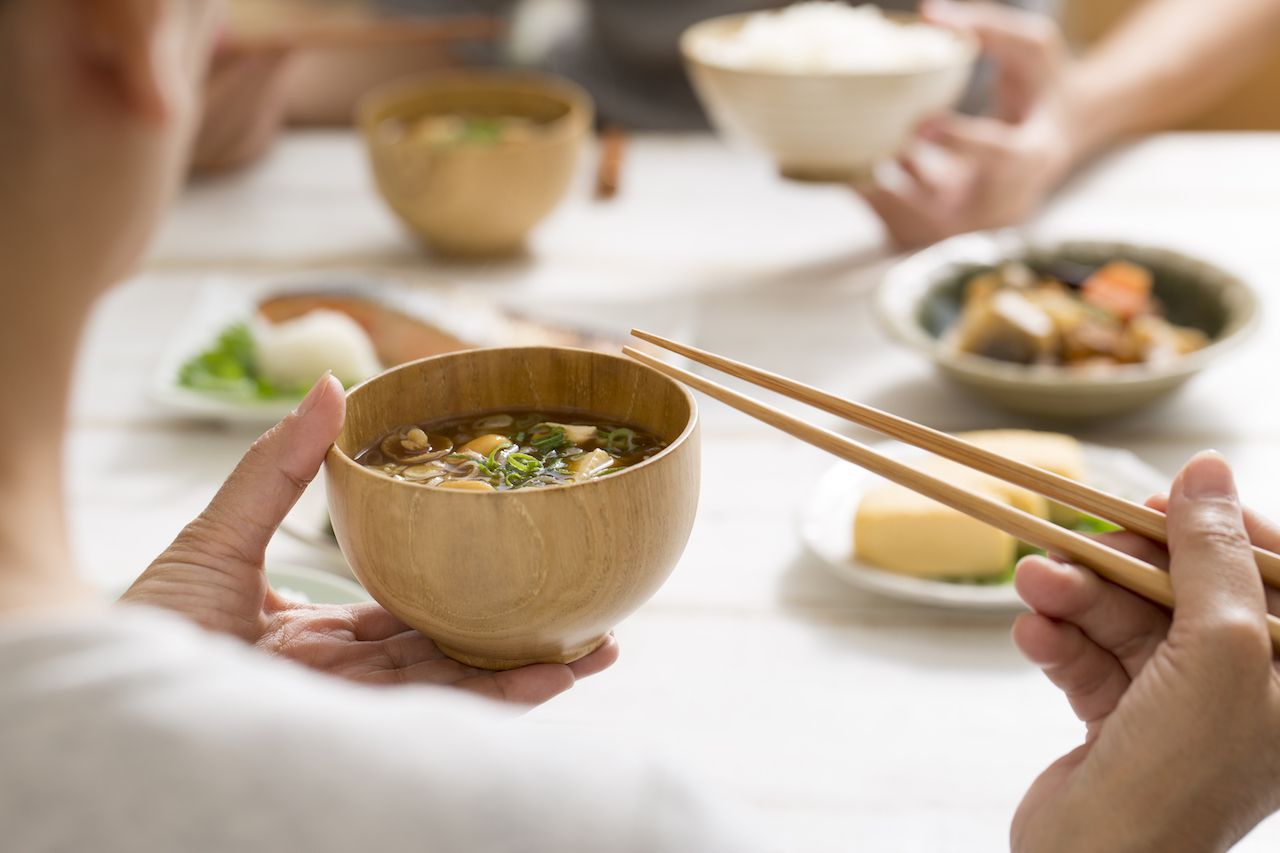 Japan is one of the most technically advanced and smartest nations in the world, with the third-largest economy internationally. While these are good indicators of a healthy place to live, what takes it over the top are two other qualities: heritage and culture. It’s home to more than a dozen UNESCO World Heritage sites, and this balance of technology, history, aesthetics, traditions, and art, along with strong familial connections, makes Japan one of the healthiest places in the world to live overall. Add to a generally healthy diet of seafood, vegetables, and grains, and traditional forms of exercise such as martial arts — along with meditation and mindfulness practice — and a bigger picture emerges of Japan as a health-conscious country, outweighing the smaller stresses of its infamously boisterous cities. 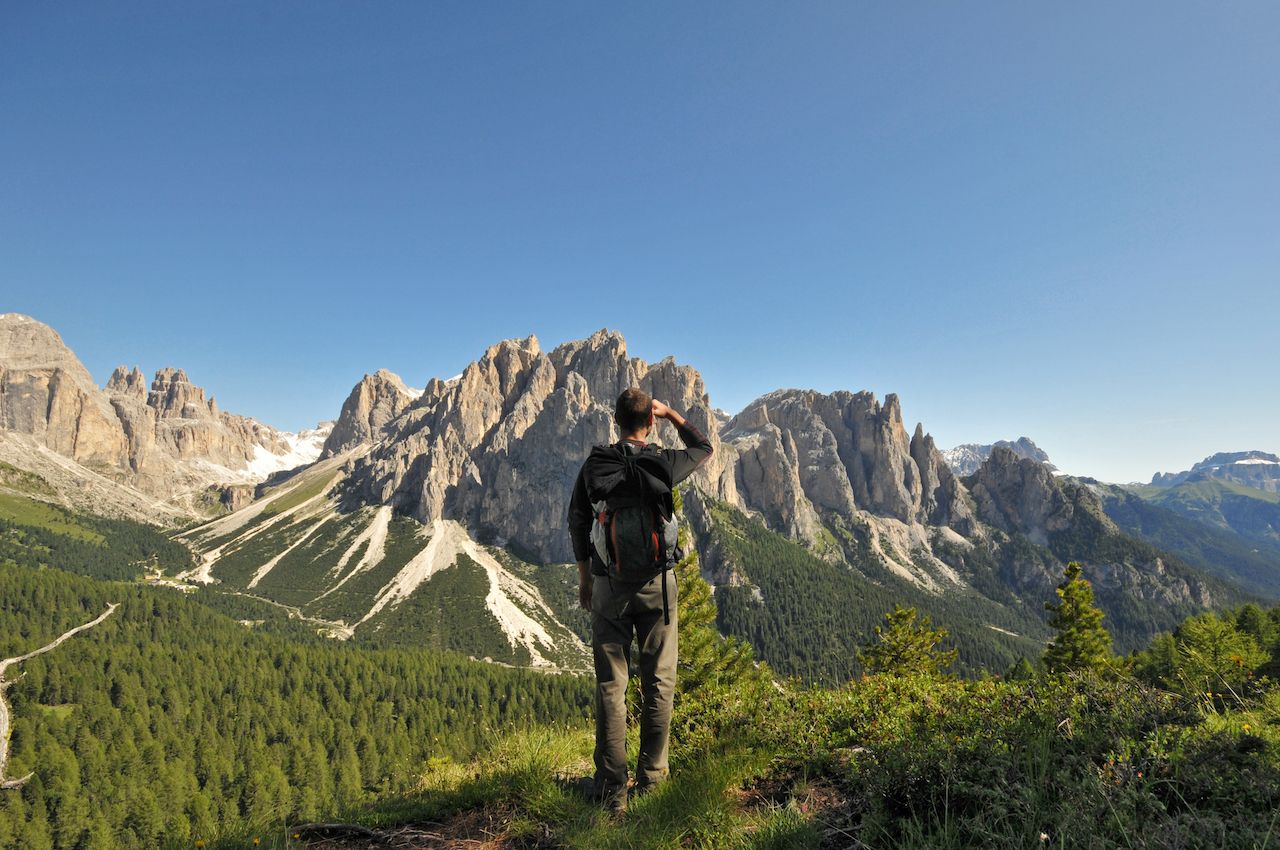 Italy has one of the highest life expectancies in the world at 83.4 years. Most attribute this to the Mediterranean diet but, really, who’s not going to live long when nonna’s always cooking up the good stuff? Food and family are big deals in Italy. Hours are spent preparing meals and still more time spent lingering around the table once it is finished. It is estimated that 70 percent of Italians eat family-style, which means everyone gets to enjoy a bit of everything, versus gouging themselves on a large dish for one. This adherence to a diet of fresh food, low in sugar and heavily processed ingredients, contributes to low obesity rates. In fact, ingredients such as aspartame, MSG, and nitrates are banned from Italian restaurants. Italians also love their coffee perhaps more than anyone else; the difference is that theirs is normally enjoyed as espresso, not the sugar-and-fat bombs that have become prevalent in other countries. In fact, Italy only has one Starbucks, which opened in September of 2018. During a typical 36-hour work week, time is made for long lunches and frequent breaks for espresso and socializing. Productivity actually benefits from these types of breaks and apparently, so does your overall health. Plus, even the bigger cities are highly walkable, not to mention the hiking opportunities in the Dolomites. 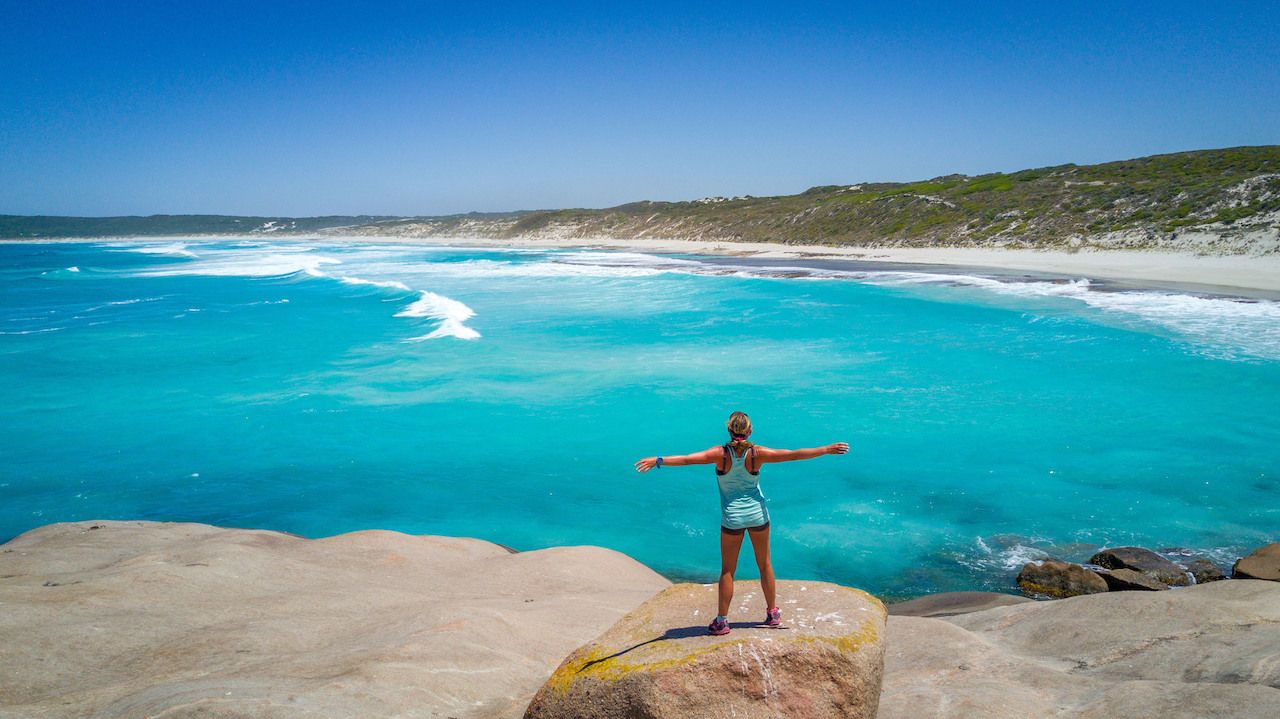 Most people in Australia live on, or near, the coast. With the sixth longest coastline in the world, that’s a lot of beach available for walking. Add to that a thirst for adventure, sunny dispositions, access to fresh and healthy food, and universal healthcare, and Australia has all the makings for getting, and staying, healthy for good. The Australian lifestyle focuses heavily on wellness and the outdoors, and the climate means fresh produce is available year round, making it easy to make good food choices. For those looking for targeted wellness, gyms are relatively affordable. One thing many Australians will tell you is they watch little TV because cable is too expensive, public programming is awful, and seriously, why would you choose to sit around inside when you could be outside on the beautiful coast? 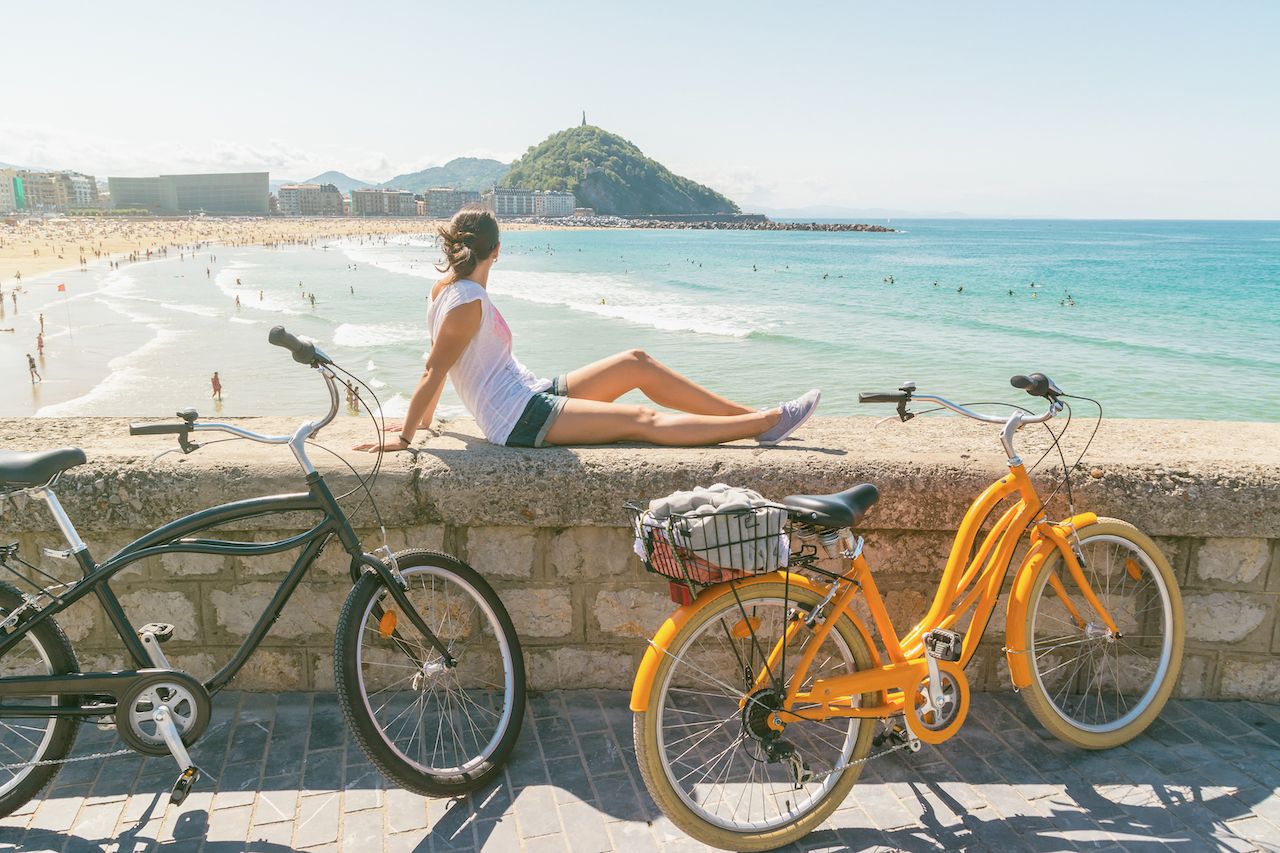 Spain also ranks high in life expectancy. Many believe this is thanks to Spaniards’ penchants for community gatherings and their close-knit families, while others attribute it to diet and the fact that walking is a sort of Spanish cultural pastime. Nevertheless, these all combine to create a healthy way of living that contributes to overall happiness, a prime indicator of healthy living. One thing particularly different about Spain is the eating habits of its people. Instead of gorging on large meals, tapas are a way of life in Spain. These small bites are usually enjoyed while on a stroll and in the company of friends, family, or even strangers willing to share a good story. More formal meals center around the ever-popular Mediterranean diet, high in good fats, fruits, vegetables, dried fruits, and nuts. Spain is also famous for its sunshine, outdoor activities, healthy wine drinking habits, and laid back approach to life — stress can always wait ‘til mañana. 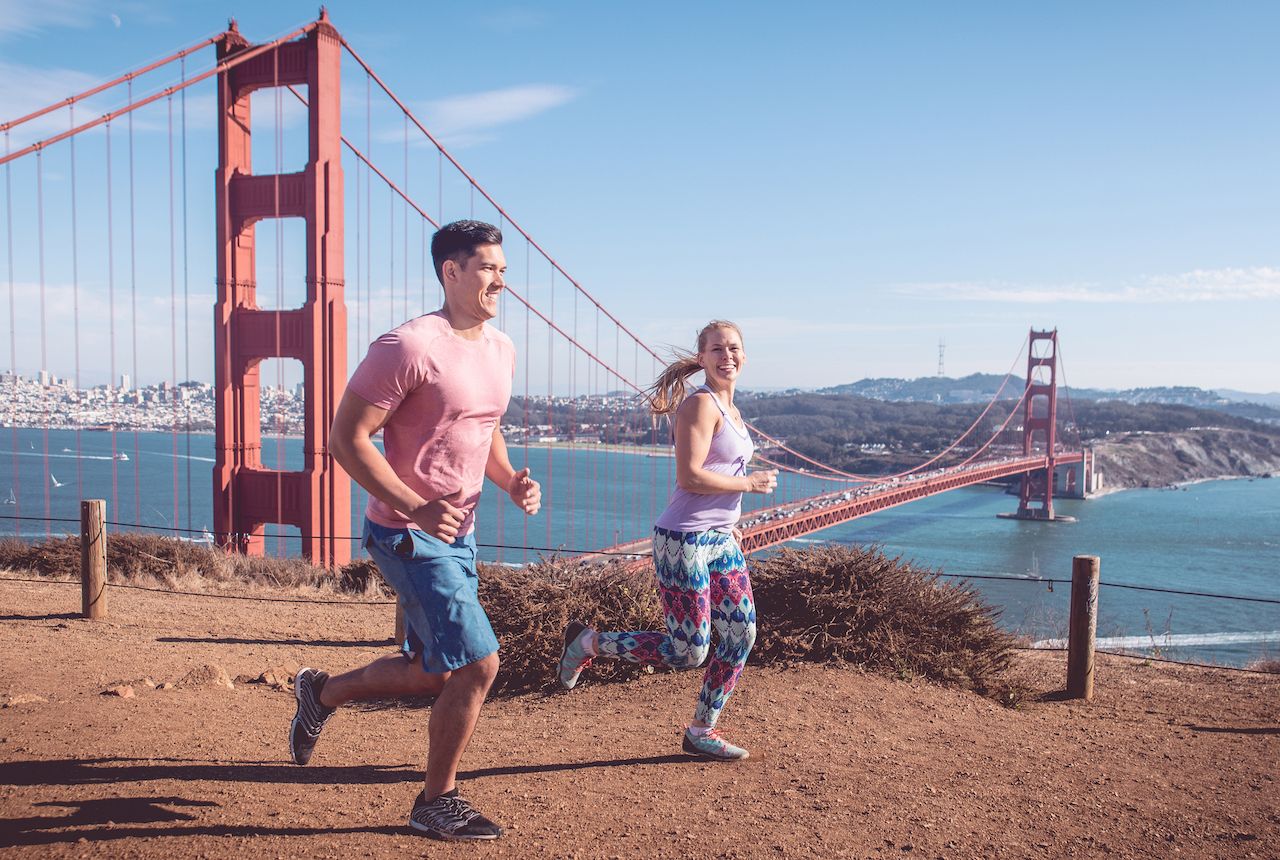 While the US as a whole usually shows up near the bottom of “healthiest country” rankings, thanks to soaring levels of obesity, there is one American region that consistently ranks high in healthy living: the West Coast. Californian cities of Irvine, San Diego, and San Francisco, along with Portland, Oregon, and Seattle, Washington, each rank in the top 10 of healthiest places in the US to live. Obviously, one commonality all of these locations share is relatively easy access to the outdoors — from the swells of the Pacific Ocean to the snow-capped peaks of the Cascade Mountains — and the shared culture of enjoying it. Thirteen of the United States’ 58 national parks are located in Washington, Oregon, and California. Other shared characteristics of health include support of artistic and self-expression, open exploration of spirituality, eco-friendliness, forward-thinking liberal politics, and healthy economies. Another plus is the concentration of progressive therapy, alternative thought, medical treatment, and alternative medicine centers to keep bodies and minds healthy.

Food + DrinkThe 7 Healthiest Cuisines in the World You Should Learn To Cook
Tagged
Lifestyle Wellness
What did you think of this story?
Meh
Good
Awesome

The Most Romantic Couples Massages in Las Vegas
The 20 Happiest Countries in the World, 2022
3 International Psychedelic Retreats Poised To Take Wellness Travel Into the Future
Everything You Need To Know About the Blue Zone in Costa Rica
5 Types of Meditation That Will Relieve Your Travel Stress