This chart might be the best way to gain some bragging rights over your international friends. Or it might make you the butt of their jokes. Either way, we’ve all wondered what the smartest country in the world is, and now science has the answer. Vouchercloud has used various measures of historic, present, and future intelligence to determine the world’s smartest nations. It looked at each country’s number of Nobel Prize wins (past), IQ test results (present), and educational achievement (future) to make this ranking of the cleverest countries in the world. 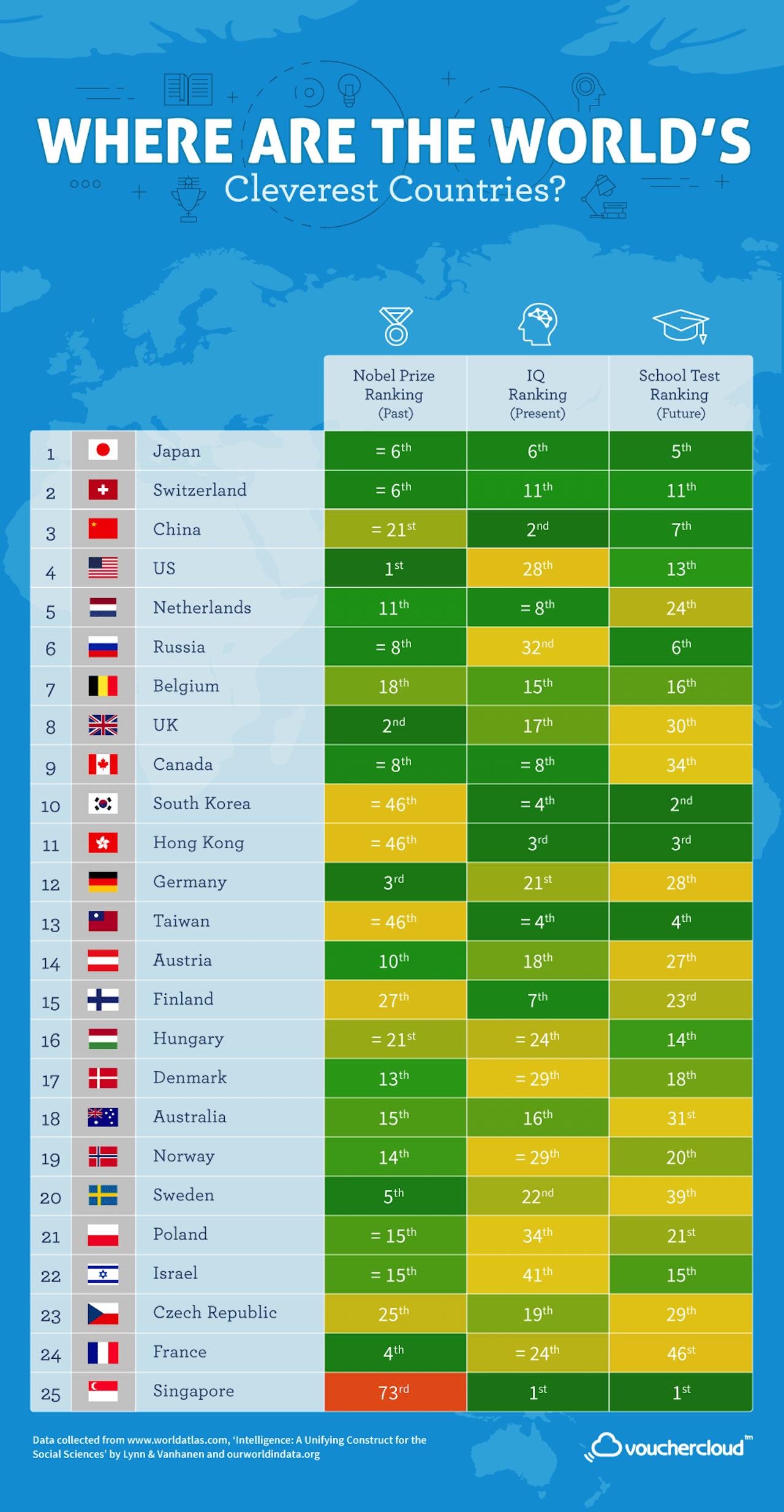 It may come as no surprise that Japan ranks first in the world, with high scores across all three categories. It’s followed by Switzerland, China, the United States, and the Netherlands, which all scored consistently high. While the US came in 28th for IQ, its number one ranking for Nobel Prize winners helped boost its position on the chart. Nobel Prize wins also helped improve the ranking of the UK, which came in eighth. The UK placed 17th for IQ and 30th for education but had the second-most Nobel Prize winners.

Although Singapore came in last place among the countries listed, it’s only because it had the fewest number of Nobel Prize winners. It ranked first for IQ and education and looks poised to improve its ranking drastically in the future.

Culture5 Strange Traditions That Make Oxford University Magical
Tagged
News
What did you think of this story?
Meh
Good
Awesome