You’re abroad and need cash. But before you ever hit the ATM, there has to be money in your bank account to withdraw. Fortunately, it’s 2021, and gone are the days of traveler’s checks and expensive wire transfers. You can now easily transfer money from one bank account to another or have others back home transfer money to you. The reverse is true as well, of course, in case the need to send money back home arises while you’re on the other side of the world.

Because you can transfer money instantly into foreign currencies, there’s no need to withdraw US dollars from your account at an ATM and convert them or pay inflated currency exchange rates at airports or foreign banks. By taking that step out of the international banking process, these four digital services will help you stay on top of your finances while abroad, from daily expenses like food and lodging to bigger stuff like collecting paychecks and paying bills.

Based in Europe and newly available to US citizens, N26 is a digital-only bank that allows its customers to sidestep many of the traditional roadblocks that make banking while traveling or working abroad a slow, grueling process. From a banking perspective, something like N26 was bound to happen. More people than ever work remotely, and the gig economy has given rise to individuals performing contract work for companies across international borders in sectors such as copywriting, web development, and digital marketing. Some workers who complete their work entirely on a computer even travel or live abroad while performing their work. For these and many other workers in today’s marketplace, traditional banking — optimized for recurring direct deposits and in-person teller visits — was never going to cut it. To make everything from getting paid to accessing money not a complete headache for its customers, they needed a bank ready to think across borders and make everything digital. That’s exactly what N26 did. 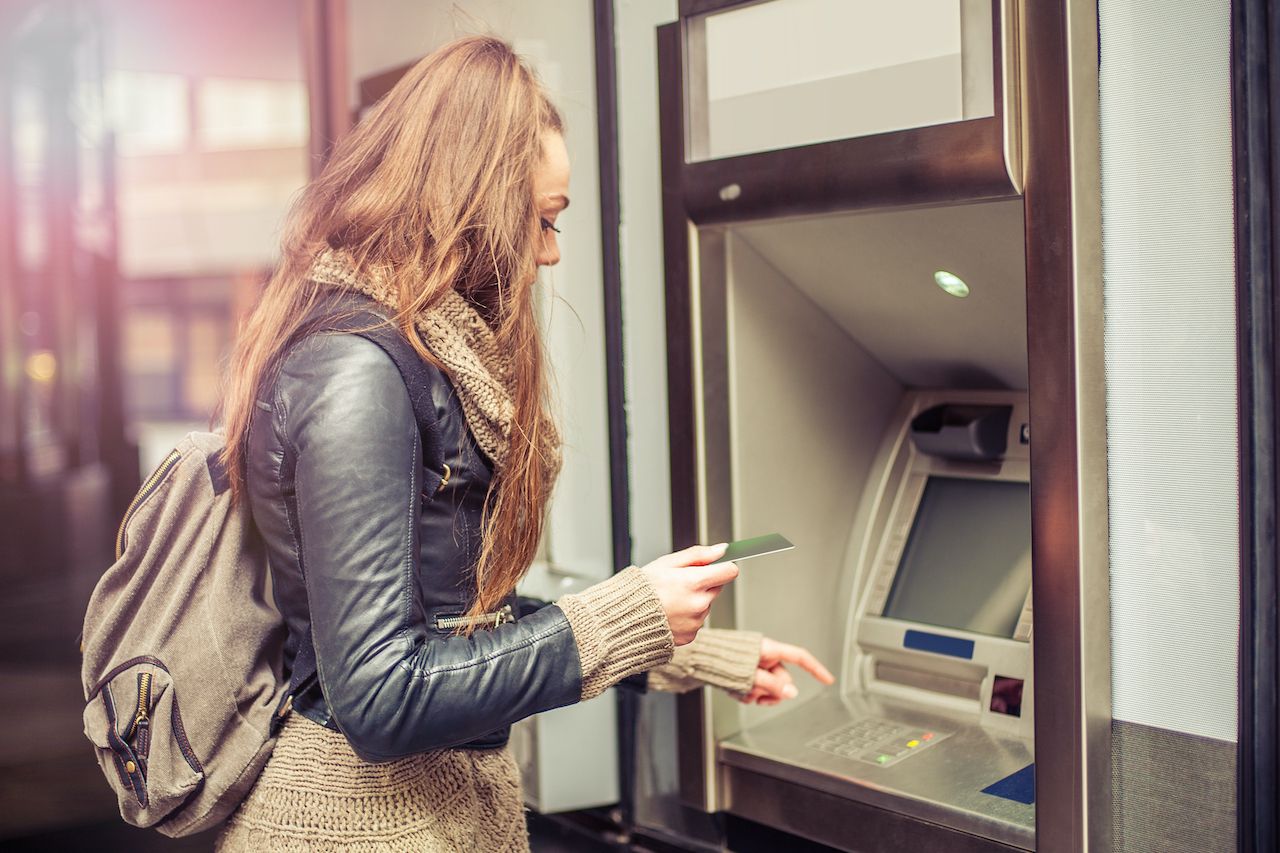 Because there are no actual N26 locations, everything is done online — including account opening and deposits. From there, customers receive an ATM card ready to be used around the world, as well as easy access to digital payments, money transfers, and a host of other services that used to require, at best, a phone call and, at worst, a visit to the local branch of their bank. And when you get to the ATM to withdraw that cash, you can do so fee-free at more than 55,000 ATMs around the world operated by Allpoint. Customers can track expenses via an app, request or send payments to others, and even set up automated savings that can then be transferred or spent online when you need the money.

For example, let’s say you’re going on an extended trip abroad in which you’ll visit multiple countries. You’ll work remotely from each, collecting a paycheck or invoicing clients much as you would back home. However, your current bank charges a hefty fee at foreign ATMs. N26 alleviates that by not only allowing you to have money deposited into your bank account, but it also lets you withdraw that money free of fees, at least from their end. And you can pull out money in the local currency wherever you are and make a note in your account of what you spent the money on.

Much like N26, Transferwise was built to address a growing gap that has arisen as more people work online and from abroad. Except this service is specifically designed for transferring money across currencies and borders that’s able to be accessed faster than a standard Venmo or PayPal transaction. It also avoids the hefty fees that can accompany PayPal transfers from debit and credit cards.

The Transferwise system allows you to easily transfer money to yourself or anyone else anywhere in the world, as long as they also have a Transferwise account. Exchange across more than 50 currencies at market rate, and the receiver (even if it’s you) gets that money in seconds and can move it to a bank account rapidly. Transferwise actually integrates into the N26 app, meaning you can transfer money to yourself or someone back home all in one place if they have N26, and the money will be available instantly.

If you need to move money between accounts at two different banks, you can do so easily, though note that if you are self-employed or otherwise paying yourself from a business to a personal account, you may need to create two separate Transferwise accounts — one to send and one to receive. Transferwise is even better, though, when moving money between bank accounts located in two different countries, which makes it ideal for travelers who work for a business not located in their home country, or who open an account in another country and want to put money into it.

Xoom is a service from PayPal that is similar to Transferwise, though with a slightly higher fee in most cases. But with that fee you gain the ability to transfer money to an account back home or to more than 130 countries with the ability for it to be picked up in cash, much like a wire transfer but cheaper and easier to track. Xoom is particularly useful when traveling in Latin America, as pick up locations are most common there and in the Philippines but far less common in the rest of the world. Still, if you’re in dire need of cash and an ATM isn’t available, Xoom can save the day by allowing you to quickly send money to a nearby pickup location — as long as there is one. In Mexico, for example, OXXO convenience stores are ubiquitous and often serve as pickup spots, as do many common banks. When in doubt, try to find a Walmart — another common Xoom pickup partner. When transferring to yourself you can also use the traditional PayPal method, with an account linked to each of the bank accounts, but the transaction will be susceptible to any applicable fees on either end.

As a dedicated online money transfer service, OFX is the Western Union of the 21st Century. It has one task, and it does it well — transferring money across borders, outside of a bank’s rates and regulations. Most transfers take one to two business days, but again, you’re avoiding having to visit or use a bank — whether because you don’t have access to one in the place you are or are going to, or because your recipient doesn’t. As far as transferring money to yourself, it doesn’t do anything that other services don’t do, but one big perk is that OFX nearly always transfers currencies at a better rate than banks. You’ll know when your transfer is available and when it’s been received, and you can track the transfer’s progress online through your account.

Airports + FlyingAirport Lounges Aren’t Just for Rich Business Travelers. Get in Cheap With These Tricks.
Tagged
Expat Life Financial Savvy
What did you think of this story?
Meh
Good
Awesome