It might sound unlikely and ill-advised that a 99-year-old could raise money for a good cause by pushing himself to the physical limit, but that’s exactly what this British war veteran is doing.

Captain Tom Moore, a British WWII war veteran, has raised over $17 million for British healthcare workers through NHS Charities Together by walking the length of his garden 100 times before his 100th birthday on April 30, 2020. 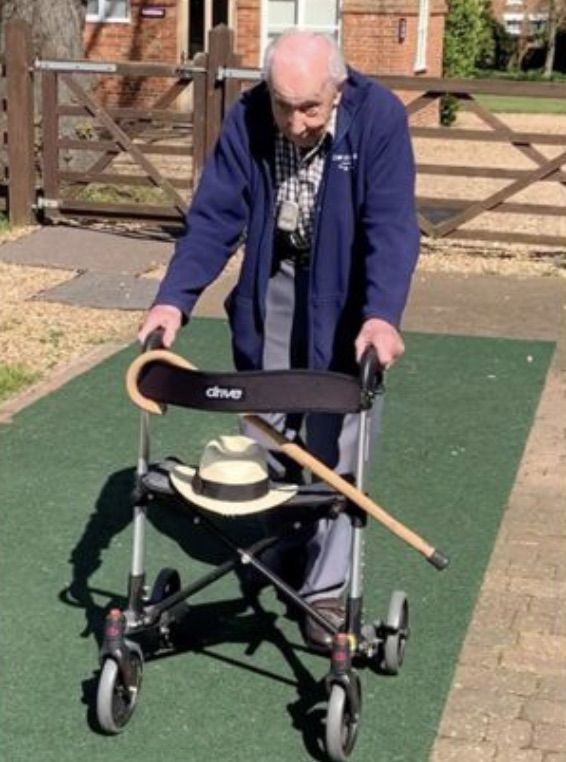 Since breaking his hip, Moore has used a walker to get around. But that’s not deterring him from doing his part to help the NHS. According to Moore, “The more [money] comes in the better, because when I was in hospital with my hip and then with my head, the service I got…was absolutely unbelievable. At all times they were so good, so cheerful, so friendly.”

Ellie Orton, chief executive of NHS Charities Together, said, “I think I absolutely join the rest of the country in being truly inspired and profoundly humbled by Captain Tom and what he has achieved. Thank you for being an inspiration and a role model.”

Celebrities, politicians, NHS workers, and individuals from all over the world have sent messages of thanks and congratulations to Moore over the past week. There’s even talk of him getting a knighthood.

Though he only hoped to raise around $1,200 at first, the donations kept pouring in and he kept setting the bar higher as the days went by. More than 695,000 people donated money to the fundraising page set up only 6 days ago on April 10.

Moore did finish his 100th lap this morning, April 16, live on BBC Breakfast, but he vowed to keep going on Twitter.

Moore turns 100 on April 30, and though he only hoped to raise around $630,000, he has already raised more than four times the amount intended. That doesn’t mean he’s slowing down, though.

“I shall continue up and down here after my birthday. I’ll keep on going whilst people are still contributing to the National Health Service,” he said.

To donate to the cause, visit the official fundraising page.

A version of this article was previously published on April 14, 2020, and was updated on April 16, 2020, with more information.

NewsDonate Your Ski Goggles To Medical Workers on the Front Lines
Tagged
News
What did you think of this story?
Meh
Good
Awesome