Burning Man is happening through September 3 in the Nevada desert. As always, it’s dusty, weird, and uncomfortable. It’s also joyous, embracing, and transformative. You don’t really get the latter without the former. Burning Man is about participating, giving back, and rejecting (even if only for a few days) the commercialization that permeates modern society.

Those lofty goals are hard to maintain.

In February of 2019, Burning Man CEO Marion Goodell expressed her concern about an erosion of Burning Man’s core values — among them inclusion, self-reliance, gifting, and communal effort — calling instead for a “Cultural Course Correction.” 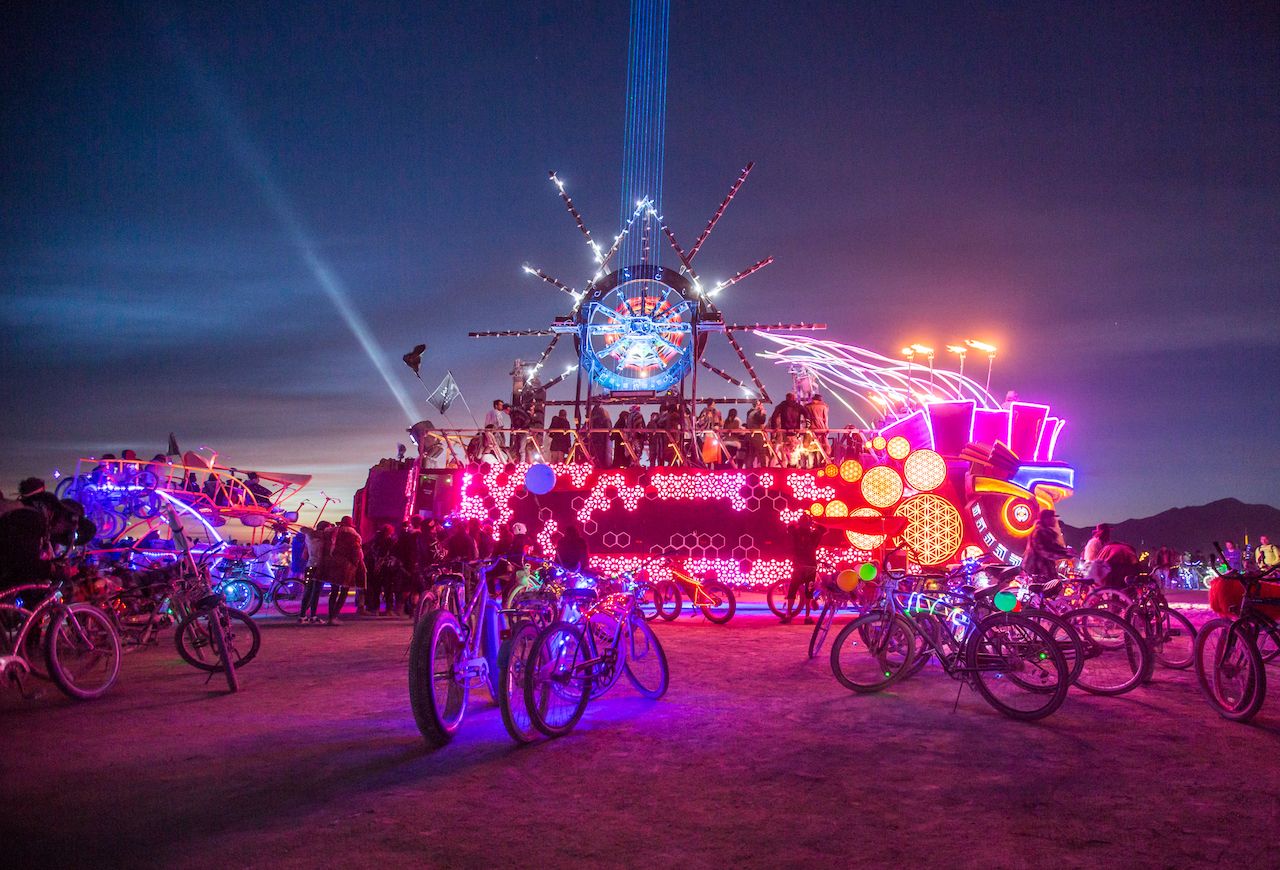 “One of the most distressing trends is the increase of participants who don’t seem invested in co-creating Black Rock City, and are attending as consumers,” wrote Goodell. She added, “In some cases, camps or companies are offering ‘all inclusive’ pre-packaged Burning Man experiences, claiming they will preemptively meet all of their client’s needs…”

As Goodell notes, that is not what Burning Man is about. Burning Man is about being generous. It’s about experiencing art, music, beauty, weirdness, and everything else because someone made the effort to bring it there and share it with others. You, in turn, do your part to give back to Burning Man.

While obvious ways are creating art projects or hosting an open bar at your camp, you could also just lead sunrise yoga sessions, hand out cold beers on a hot afternoon, or simply help out in your own camp and approach your fellow Burners with an open mind and an open heart.

The cultural weight of Burning Man 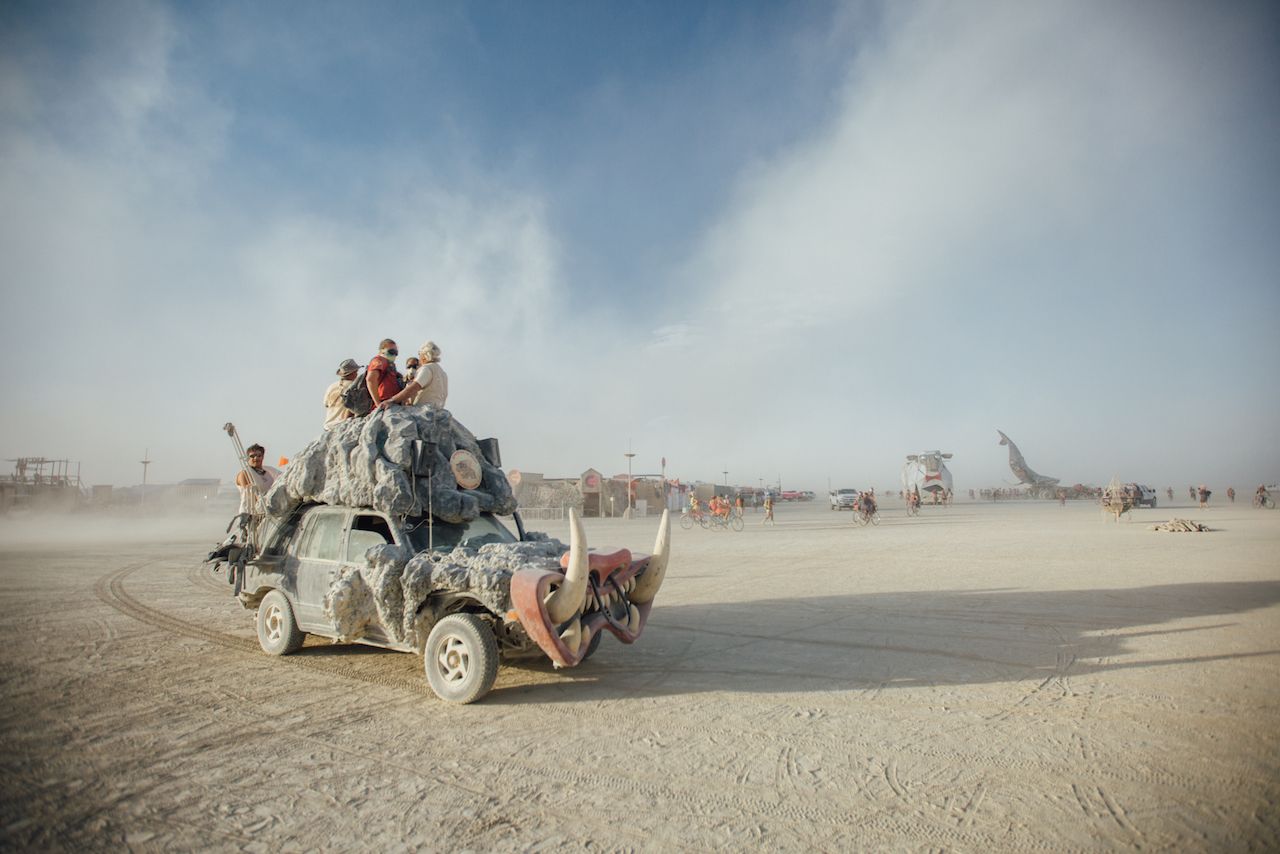 It turns out that formula is a pretty darn appealing one. “The Burning Man culture is a beautiful thing,” says Sun Valley-based photographer and 14-year Burning Man veteran Karl Weatherly. “There’s nothing else like it anywhere in the world.”

Many people would agree with him, which is why Burning Man has attracted so much international attention.

“The cultural weight of Burning Man around the globe is so important; so many people want to be there,” says Vicenç Marti, president of Barcelona-based elrow, one of the world’s largest electronic music event companies. As Marti explains, when you have so much demand exceeding supply… it’s going to bring prices up.”

Moreover, when something becomes such a hot commodity, people want to be there, regardless of whether or not they’ve ever understood its essence. Combine hard-to-get tickets with an appetite from people who have no interest in feel-good core values, and you’ve got a market for the all-inclusive, turnkey camps Goodell refers to. 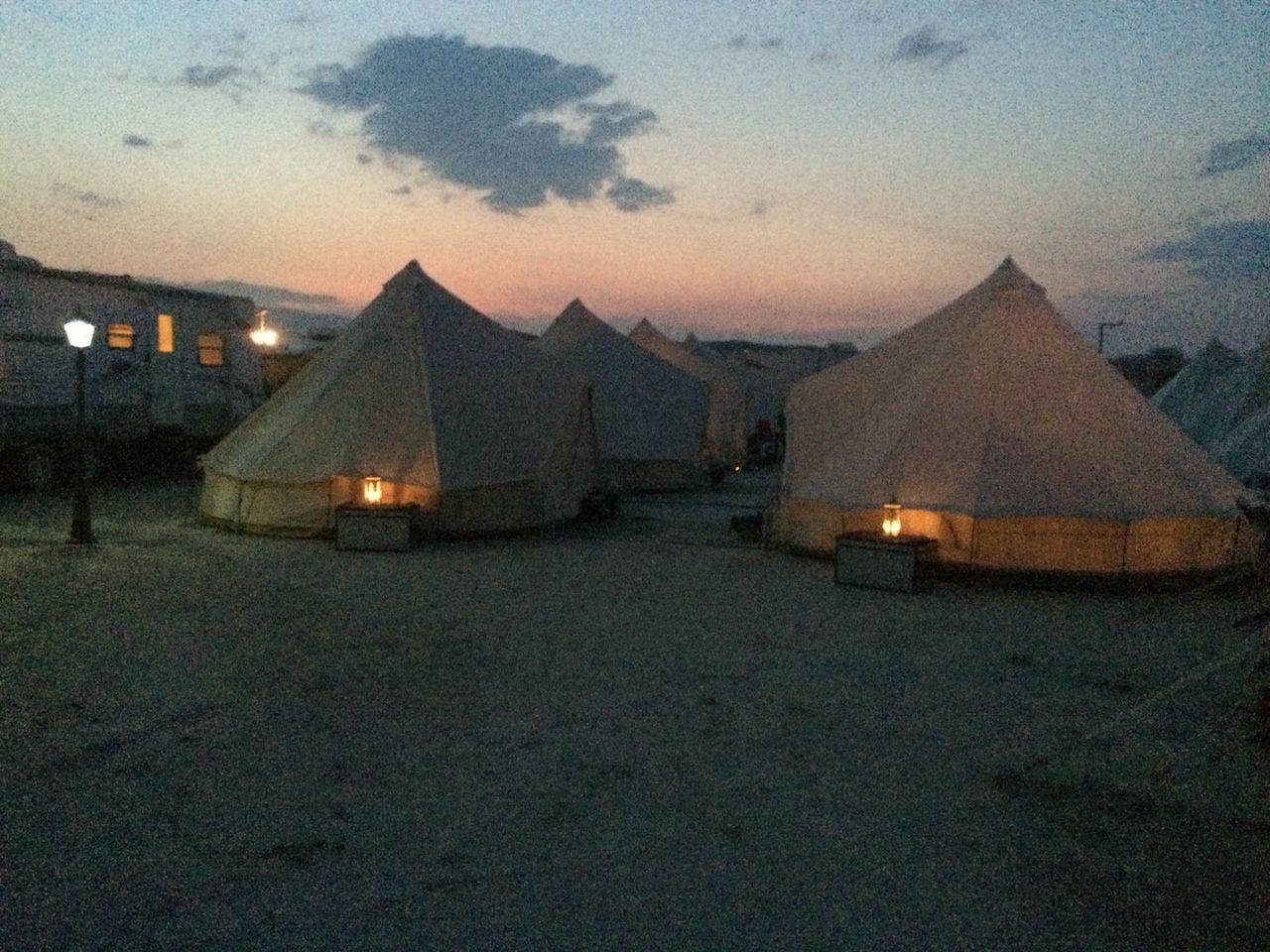 You can find those camps on the outer rim of Black Rock City, as the temporary metropolis is called, often near the partying side of BRC’s clock-inspired street grid near 9:00 and 10:00 streets. You’ll see dozens of walled-off tents that look alike, possibly with a security guard keeping people out. The folks inside, for their part, have paid tens of thousands of dollars apiece to attend Burning Man as comfortably and easily as possible.

The way photographer Weatherly sees it, many of the rich guys inside those camps “just want to have a good time for five days. They want to get f***cked up and get laid… That’s the polar opposite of what Burning Man should be.”

Or as Goodall points out in her missive, “Part of what makes Burning Man unique and powerful is that everyone has to work hard to be there… personal effort is integral to the social agreement we make with our fellow community members when we decide to participate in Burning Man. Burning Man is not built for you; it is built by you.” 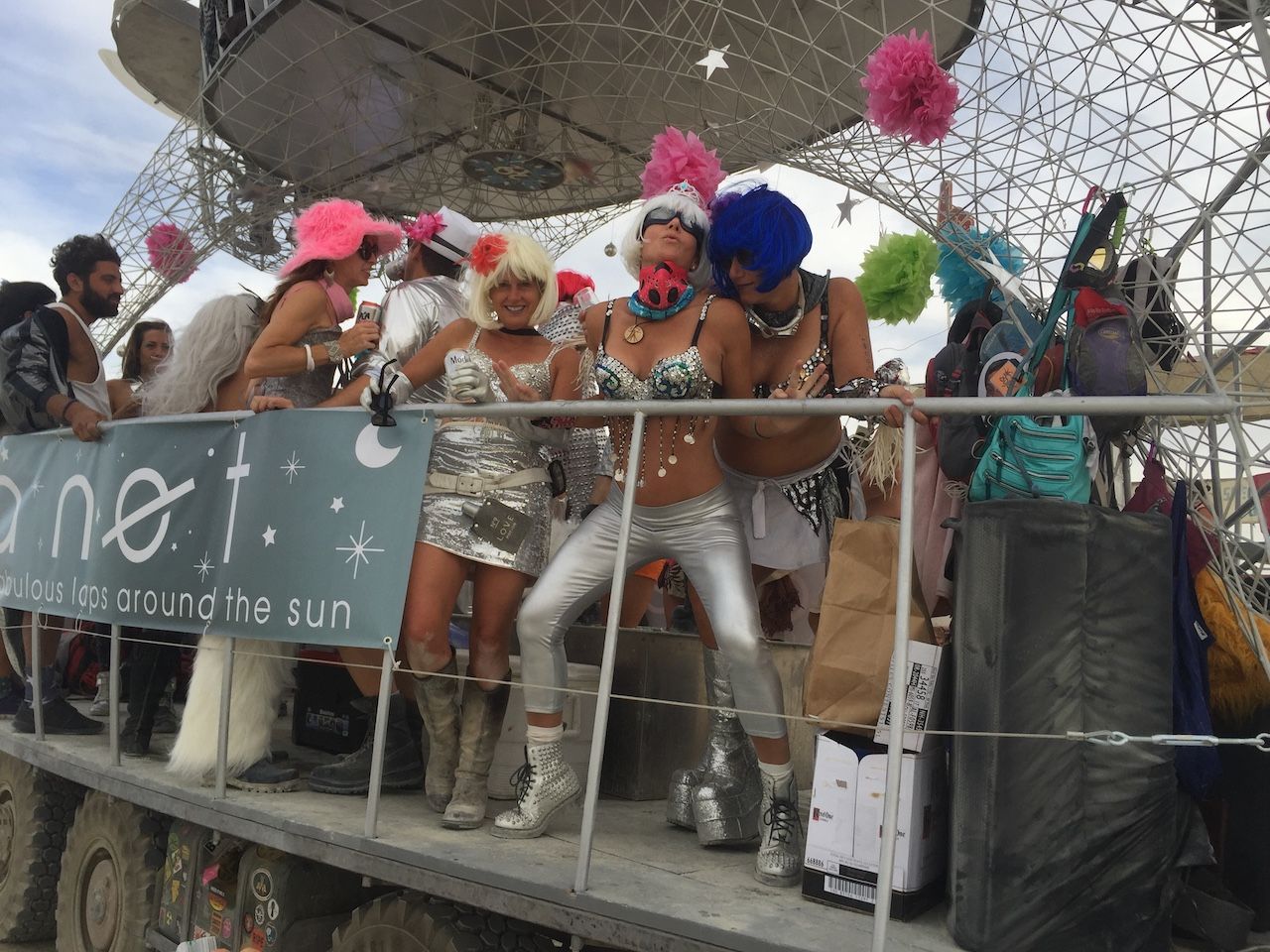 The Burning Man organization does reserve tickets for long-time attendees and camps that have historically contributed significantly to the BRC experience. Over the years, it has tried — with questionable success — a variety of other methods to ensure that tickets are made available to people for less than the $1,500 they’ve been selling for on Craigslist this week.

Equally critical is to get the message out that Burning Man is neither a party nor a festival. Among the Cultural Course Correction efforts planned, Goodell promised greater outreach to ticket holders about the importance of attending Burning Man as active, contributing participants rather than as spectators.

A brief, informal survey of 2019 ticket holders suggests that outreach efforts hadn’t been all that obvious. Admittedly, though, the ones with whom I spoke were long-time attendees who already grasp the Burner philosophy. It’s possible the messaging was not new to them, and so more easily missed.

An addition to Burning Man’s already difficult ticketing process is the requirement that you complete a brief questionnaire before you can go to the next step. It’s unclear, though, how much that deters the folks who want to go just to party.

“If you’re a Plug and Play, you don’t give a shit. You’ll answer the right stuff,” opines Weatherly. But Weatherly appreciates that the organization is trying its best with a tough situation. “At least they make you go through the motions.” 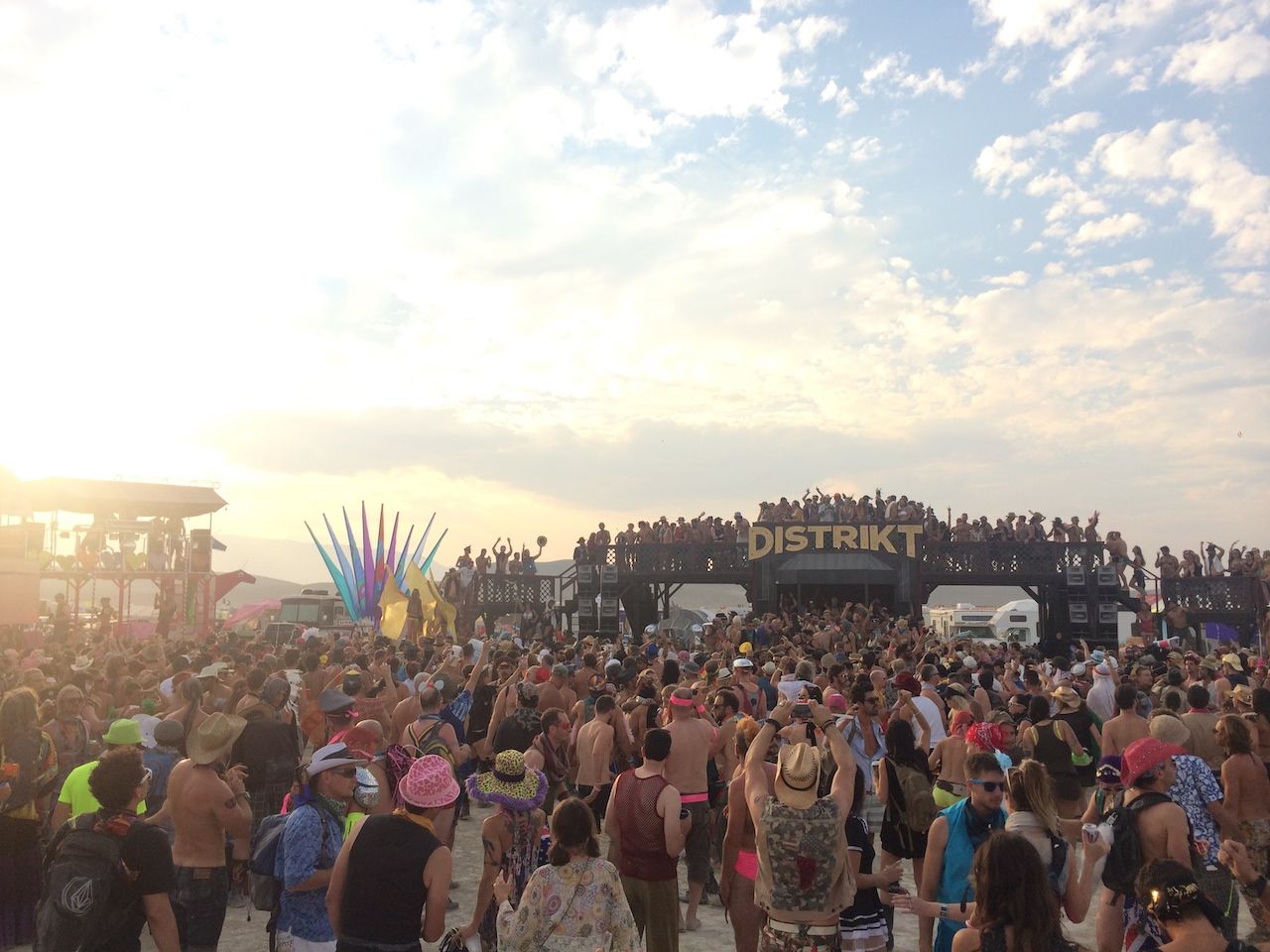 There’s another interesting phenomenon taking place that Marti, the elrow president, says he’s seen emerge recently. Within the electronic music scene, says Marti, Black Rock City is one of the four places on the planet — alongside Ibiza, Mykonos, and Tulum in Mexico — that an aspiring DJ should hit up in a calendar year.

“In the last five years, there’s 20 or 30 [EDM] artists who’ve made a career playing at Burning Man,” says Marti. “This is a subculture that people associate with elite and A-listers.”

This, in turn, creates a feedback loop, says Marti. Add in social media and the explicit targeting of A-lister society, and this subculture at Burning Man has driven everything up, from participation in turnkey camps to ticket prices.

Small steps and the bigger picture 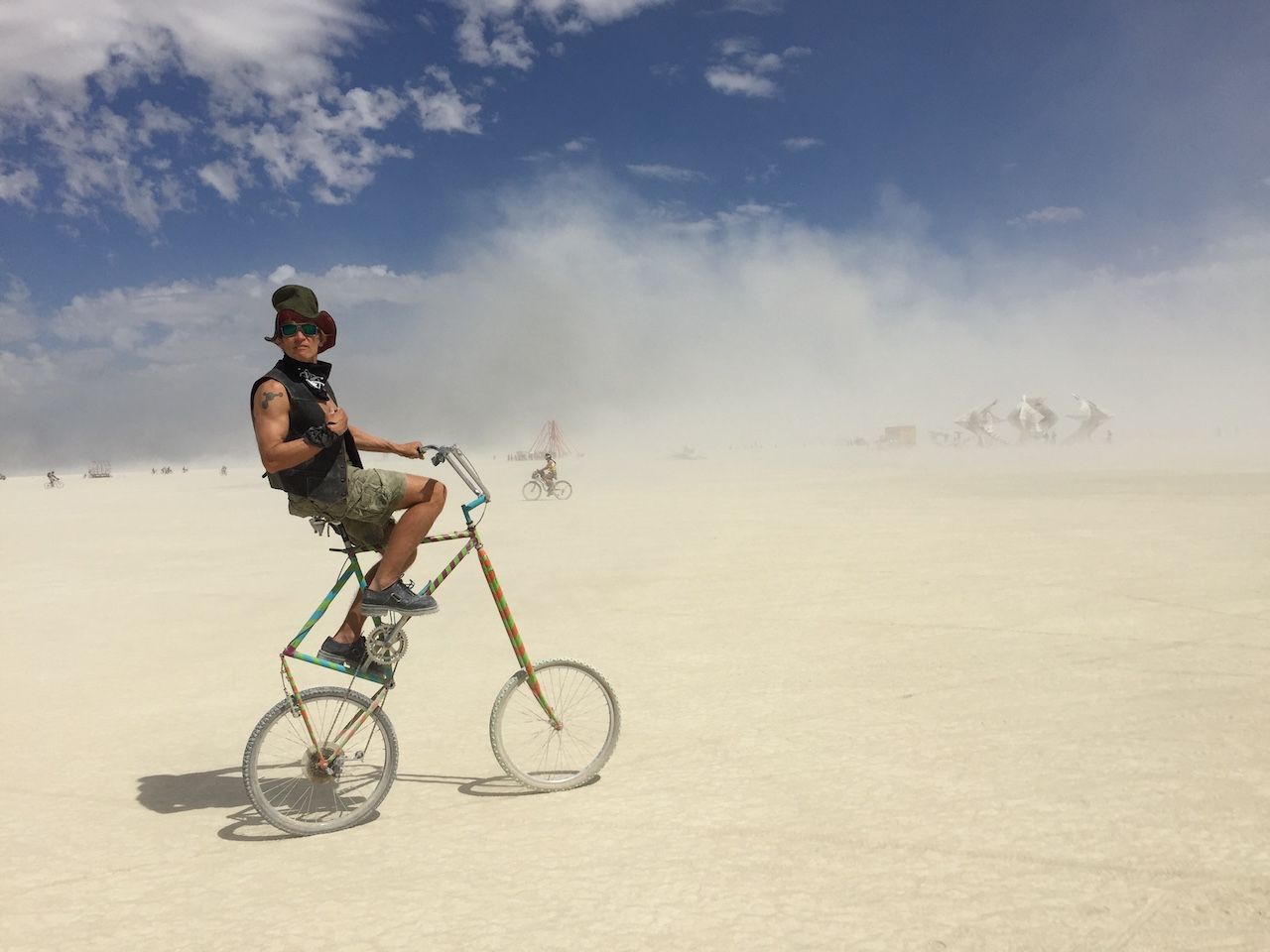 Together with Goodell’s February message, the Burning Man organization did kick out one turnkey camp, called Humano The Tribe — which charged $100,000 per person and left a whole lot of litter behind — and warned 12 other camps to improve their behavior.

But drive to the outer rim this year, and you’ll still see the rows of intimidating, posh tents all turned inward. There may also be art cars that are too cool (or maybe just too crowded) to let you on. It’s a push and pull. As Burning Man stays true to its core values, it’s going to remain a cool place to be, and people who haven’t earned their place there will want to keep coming.

But the reality is that Burning Man is many things. “There are several Burning Mans happening at the same time,” says Marti. “There’s a lot of people who don’t care about the super premium camps and the semi-private parties and the Ibiza-like schedule of DJs.”

Weatherly agrees. He personally wishes Burning Man would do a lot more to address the turnkey camps, saying he’s “shocked and dismayed” that it hasn’t. Yet he adds that, “If you have snooty neighbors, you don’t have to let that harsh your buzz.”

Weatherly still gets his “biggest dose of positivity and creativity” from Burning Man every year. “The hardcore Burning Man culture will never go away.”

Marti, for his part, says the combination of the challenging environment and effort, together with the radical self-expression and self-reliance (two Burning Man core values) are an important part of his year. “I always say that if the other 51 weeks of the year I behave only 10 percent more like I behave at Burning man, I am a better person.”

Maybe those turnkey campers can take that 10 percent home with them, too. We might all be better off.

TravelUltimate Guide for Burning Man Virgins
Tagged
Events
What did you think of this story?
Meh
Good
Awesome