In June of 2018, Canada’s government voted to become the largest country to legalize recreational marijuana, and the first cannabis sales officially started on October 17th. According to some bank estimates, legal weed will add as much as $8 billion to Canada’s economy from locals and tourists curious in partaking in an activity that’s illegal in most of the world (and is still illegal for some foreign nationals in Canada).

With all the hype around Canadian cannabis, you might think it’s prime time to start planning a visit. But there are some things to consider before you buy a plane ticket. To get a handle on the advantages and challenges of legal recreational weed in Canada, Matador Network caught up with two leaders in the cannabis space: Smoke Wallin, the president of the multi-state US cannabis company Vertical, and Jon Brandon, the co-CEO of Foria Wellness, a cannabis company that sells products around the world.

Here’s what you need to know before traveling to Canada for legal weed, and why it may not be the free-for-all you imagine.

Canada doesn’t have the variety that recreational US states do.

Whereas Canada is just getting things going with recreational cannabis, some states in the US have been setting up a marijuana market since 2012. That was the year Washington and Colorado became the first states to legalize recreational weed, and eight more states and Washington, DC have since joined them. Some areas are more open than others and each state has its own recreational cannabis rules, but most are a step or two ahead of where Canada is. For one thing, Canada only legalized smokable marijuana, not edibles, and suppliers in the country are running low on the cannabis they can sell.

All of this means legal US states may be a better option for people interested in traveling to cannabis-friendly locales.

“There are so many options in the US to go to a legal recreational state and have access to a full range: edibles, beverages, pens,” Wallin said. “If someone wanted to go as a tourist to get cannabis or experience cannabis, they’d do it in California, or Colorado, or one of the other major states with legalized recreational adult use.”

Regulations and available products will, however, improve with time.

“While it is expected that additional product formats (including edibles) will be permitted in the future, there are currently allowable product formats that can help satiate the needs of consumers,” Brandon said.

It’ll take some time for Canada’s recreational shops to open. 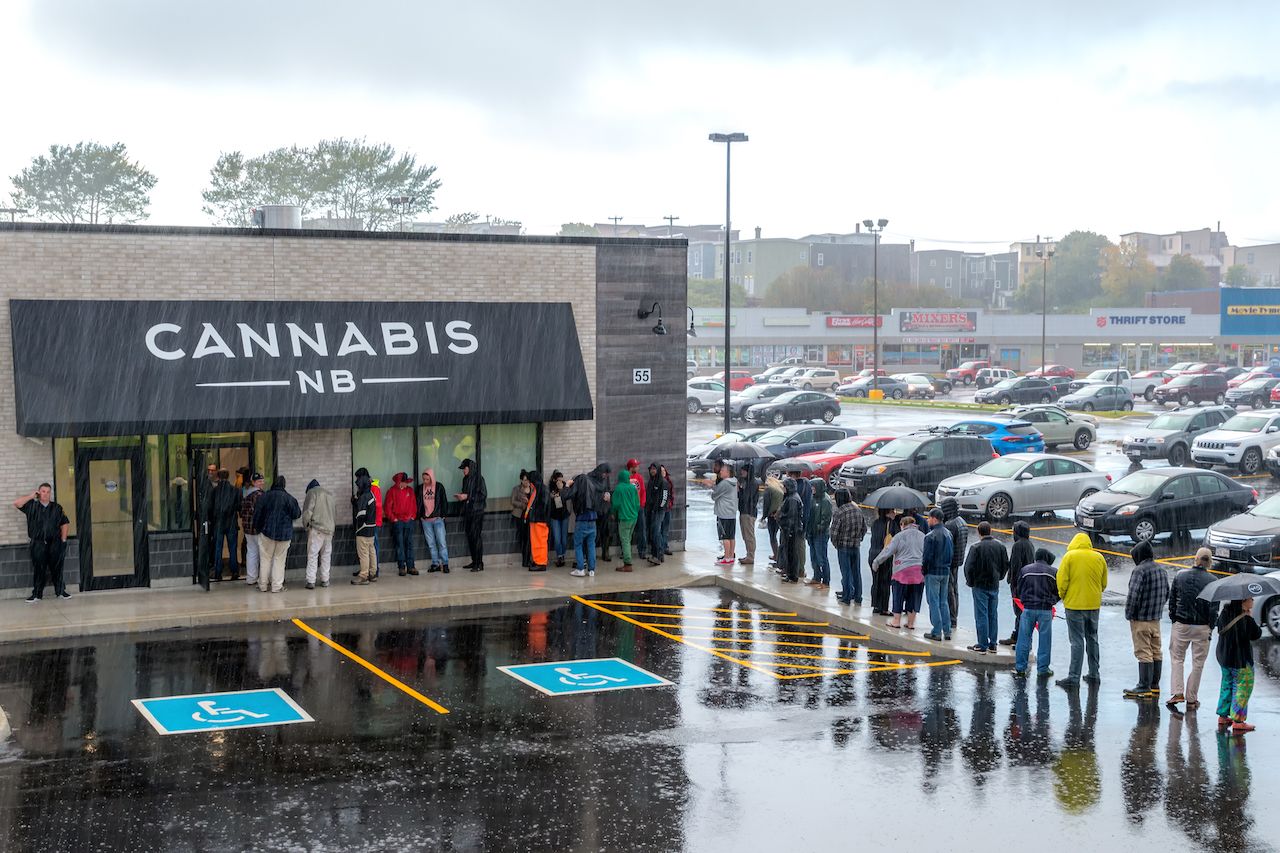 The physical shops themselves also have to be set up in Canada. It’s a work in progress, Brandon said, and “in certain provincial markets, recreational shops are already up and running, and there will be more opening soon.” Canopy Growth is one company that already has nationwide distribution as well as a cannabis education program.

If the rollout in the states is anything to go by, though, it could be a while.

“[It’s] going to be a staggered rollout,” Wallin said. “Canadian provinces have to decide each set of rules, so in some cases it’s state-owned and in others, they’re licensing. It’s going to take the next 18-24 months for a lot of these provinces to build out a fully functional retail system that’s A, not running out of product, and B, has enough stores to service the market.”

There will still be a learning curve for curious new consumers.

Brandon said the three biggest challenges to Canada’s cannabis market are, “shaking the stigma associated with cannabis for decades, education, and consistent supply.”

Part of that education is knowing which cannabis brands are available and which are the best to try. That might be a little tricky. Canada’s Cannabis Act prohibits promoting cannabis “by means of a testimonial or endorsement,” and “by means of the depiction of a person, character, or animal, whether real or fictional.”

“The restrictions are so significant with branding and marketing around products that it severely limits anyone’s ability to communicate with consumers on differences in brands and educate them on one brand or another,” Wallin explained. “It’s a limited market to able to communicate with consumers. Those restrictions directly dissuade casual consumers, because without the ability to market brands and features and benefits, it’s difficult to get that casual consumer to understand what to buy and why.”

There are other places more ready for new cannabis consumers.

“Colorado and California are much more user-friendly markets because of the multitude of form factors and ability for brands to differentiate themselves,” Wallin said. “Until Canada offers more form factors and loosens restrictions on marketing, it will be forever at a disadvantage.”

With other legal regions not too far from Canada (Washington shares a full border), Canadian cannabis will primarily be for locals. Canada is a geographically large country, though, and each region is approaching legalization differently.

“Locally, the west is Canada’s most mature cannabis market already, while Ontario in the east represents the largest population,” Brandon said. “Having said that, certain metrics indicate that, locally, Nova Scotians are purchasing the greatest amount of cannabis. Pricing and product availability will greatly dictate velocity initially.”

CannabisEverything To Know Before Going To a State With Recreational Marijuana
Tagged
Cannabis
What did you think of this story?
Meh
Good
Awesome

What Happens When You Accidentally Drive To the Canadian Border With Cannabis
A Handy Guide To Consuming Cannabis in Europe
The Difference Between the Types of Cannabis Edibles You’ll Find in a Dispensary
Everything To Know About Cannabis in South Africa
Everything You Need To Know Before Traveling With CBD and THC, at Home or Abroad