The Canary Islands are mostly known as a tropical vacation getaway. This archipelago of seven main islands and several smaller ones, owned by Spain but lying off the coast of West Africa, attracts European travelers looking for sun, sand, and, of course, an epic party scene. Many travelers, however, miss out on what makes the islands truly unique. Unlike most Caribbean islands, the Canaries are rugged and volcanic, with black sand beaches and even desert-like landscapes.

Sure, you could book a resort in Playa de las Americas, the biggest resort town on the most popular island, Tenerife. There, you could spend your week lounging on the beach, buying expensive souvenirs, and clubbing until 6:00 AM. But without venturing off the beaten path, you’d miss out on an authentic Canary Islands experience. From exploring Tenerife’s active volcano to surfing epic waves, there are more thrills and adventures on this archipelago than meet the eye. Here’s what to do. 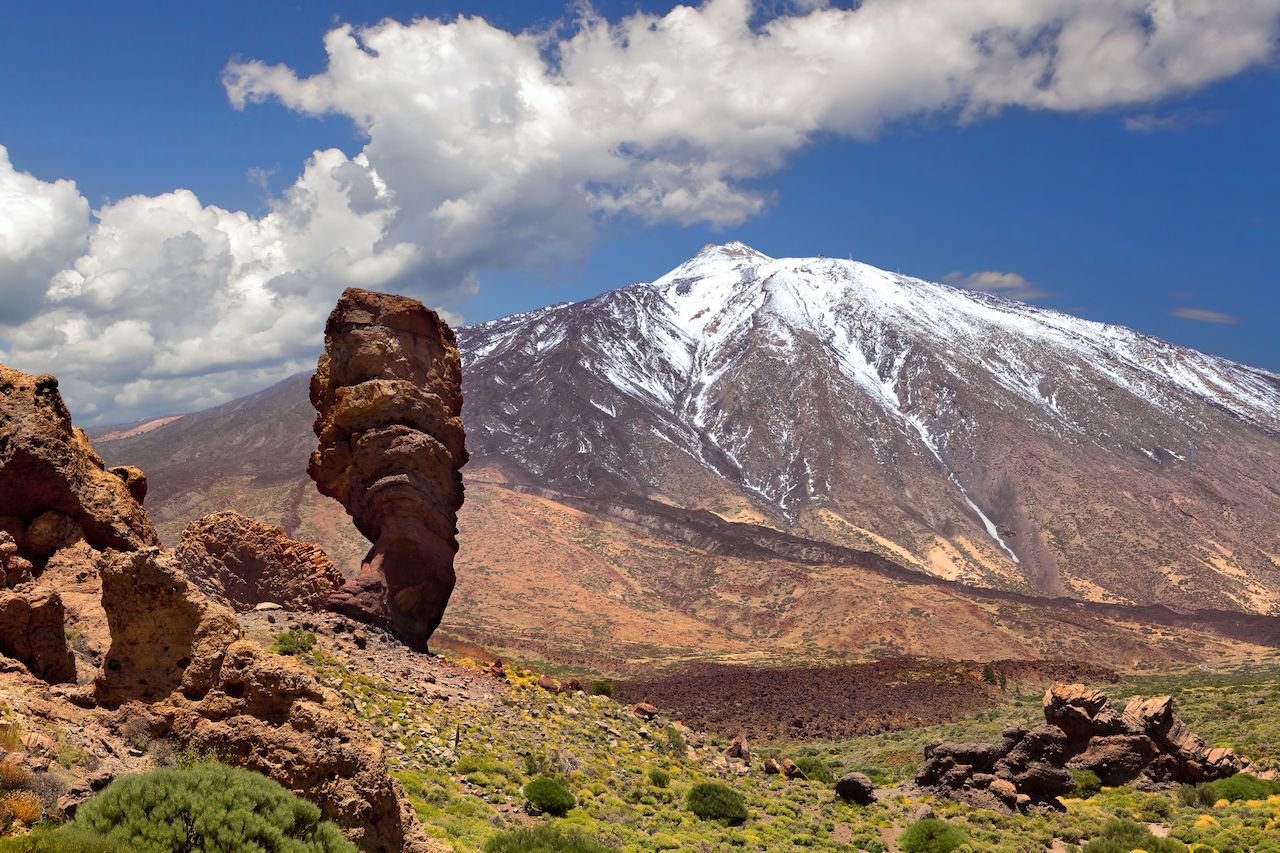 The island of Tenerife is home to Mount Teide, an active volcano and the highest peak in Spain. At 12,198 feet, it’s the world’s third-tallest volcanic structure. Teide’s last eruption was in 1909, so while summiting the volcano is no easy excursion, it’s perfectly safe. To add a dose of adventure to your Canary Islands trip, hike one of the several footpaths up to the peak. From there, you can look down into Teide’s volcanic crater, and have a panoramic view of the surrounding islands. Just be sure to obtain the special permit you’ll need to hike all the way to the peak, which you can get on the official booking website. The mountain is also home to the Teide Observatory, an astronomical observatory with solar, radio, and microwave telescopes, perfectly situated at high altitude for clear night-sky viewing.

If hiking is too arduous for you, you can always take a cable car, or even drive. Given the winding nature of the road, however, and lack of guardrails along the precipitous edges, driving can feel as adventurous as hiking. Organized tours can be booked here. 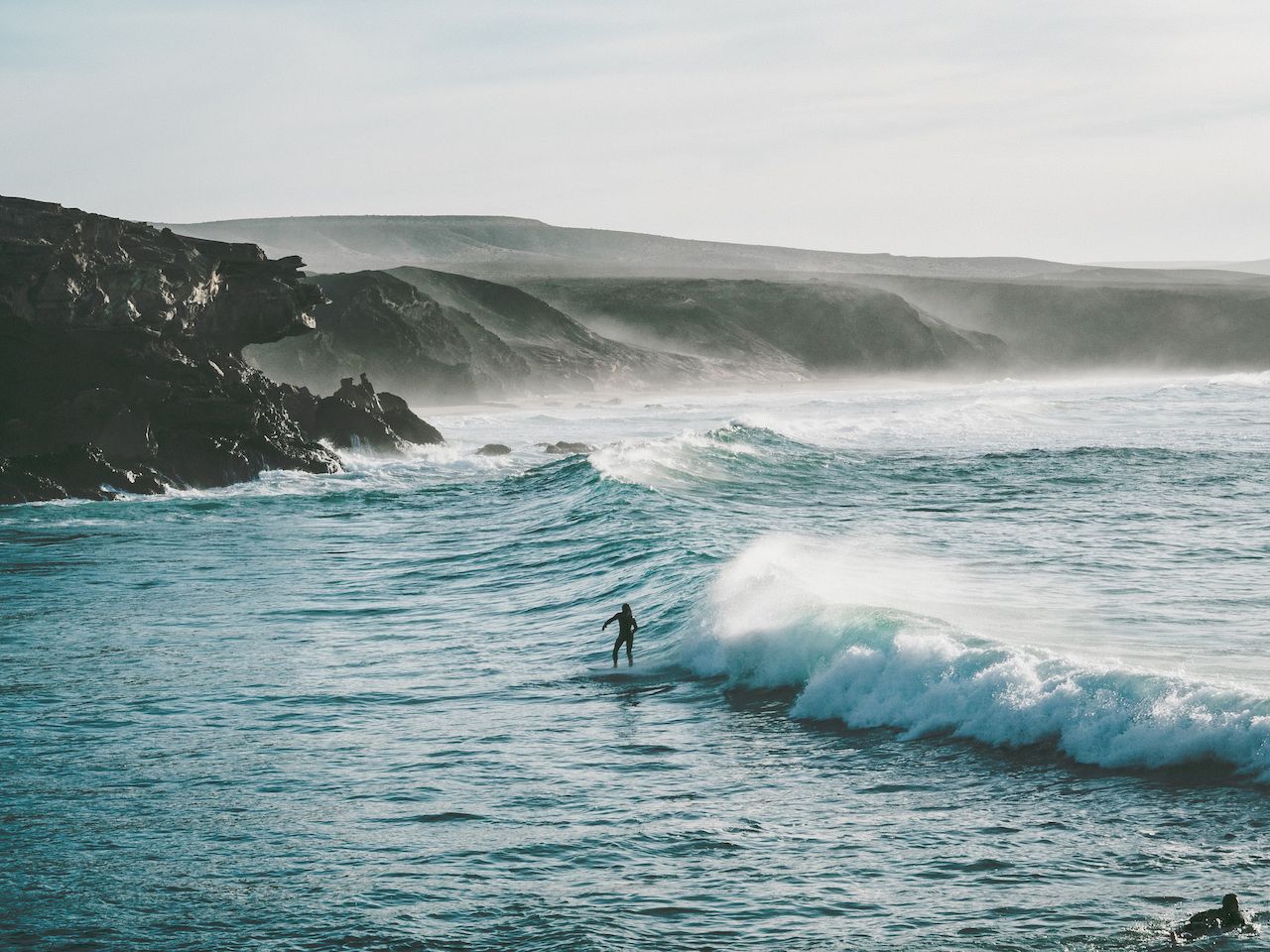 The Canary Islands might not immediately come to mind when you think of the world’s greatest surfing destinations, but they should. Due to big Atlantic swells meeting offshore winds from Africa, the Canary Islands have some prime reef and sandy beach breaks on several of its main islands. Fuerteventura, the archipelago’s second largest island, has one of the more solid collections of reef breaks, and Tenerife is famous for the La Izquierda wave, though locals can get territorial about sharing it with others. Tenerife is also a great surf location in the wintertime, when the island’s north shore sees some pretty impressive swells. If you’re not quite confident enough to hit the waters on your own, there are plenty of surf lessons available for beginners. 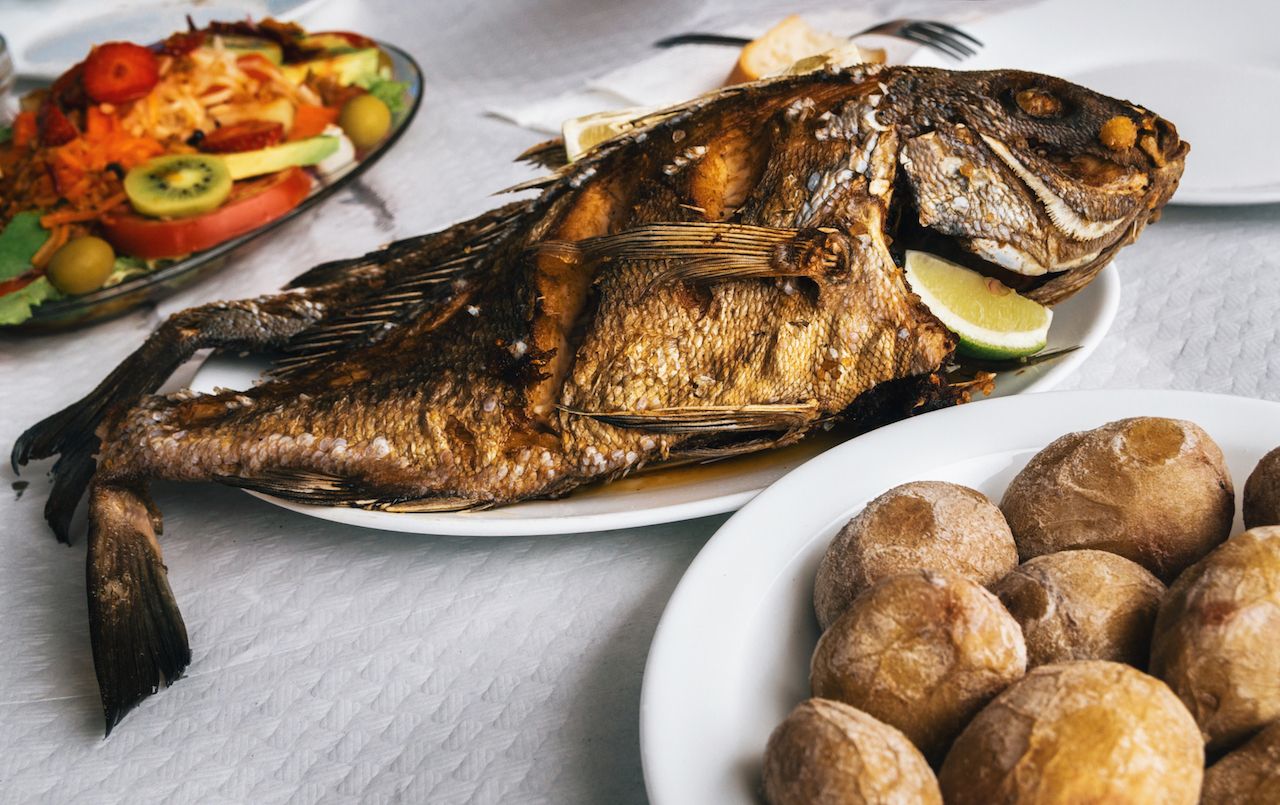 There is certainly no shortage of fine dining options in the Canary Islands, especially in Playa de las Americas. But if you’d rather eat somewhere that isn’t overflowing with ravenous British tourists, there are some great local restaurants that give you a more authentic feel. Since the islands have a huge fishing culture, the seafood is fresh and available pretty much everywhere. Vieja (parrotfish) and chipirones (small squid) are stapes of the Canary Islands culinary scene. To get really adventurous, try choco (cuttlefish) — with alien-esque tentacles — or morena (eel).

One of my favorite seafood spots on Tenerife is Los Abrigos, a small fishing village tucked away on the south side of the island. I learned about the town from my Airbnb owner, who rolled out a wrinkled map, pointed to the nearby village, and said, “It’s getting dark, so you should take a flashlight. Wait.” He left the kitchen and poked his head outside, then returned. “Forget the flashlight. It will be a full moon. Twelve minute walk. When you’ve arrived, go to Restaurante Los Abrigos. That’s Paolo’s restaurant. Oldest fisherman on Tenerife.”

With his vague directions in mind, we crossed a rocky valley to Los Abrigos. Sure enough, it was home to colorful fishing boats and some of the best seafood restaurants in Tenerife. If you’ve never had octopus before, this is the place to try it. The Galician octopus and mussels at Restaurante Los Abrigos (Paolo’s restaurant) was my favorite meal of the trip. And whether he was simply feeling generous, or because our Airbnb owner tipped him off, Paolo gave us a free shot of limoncello after the meal. 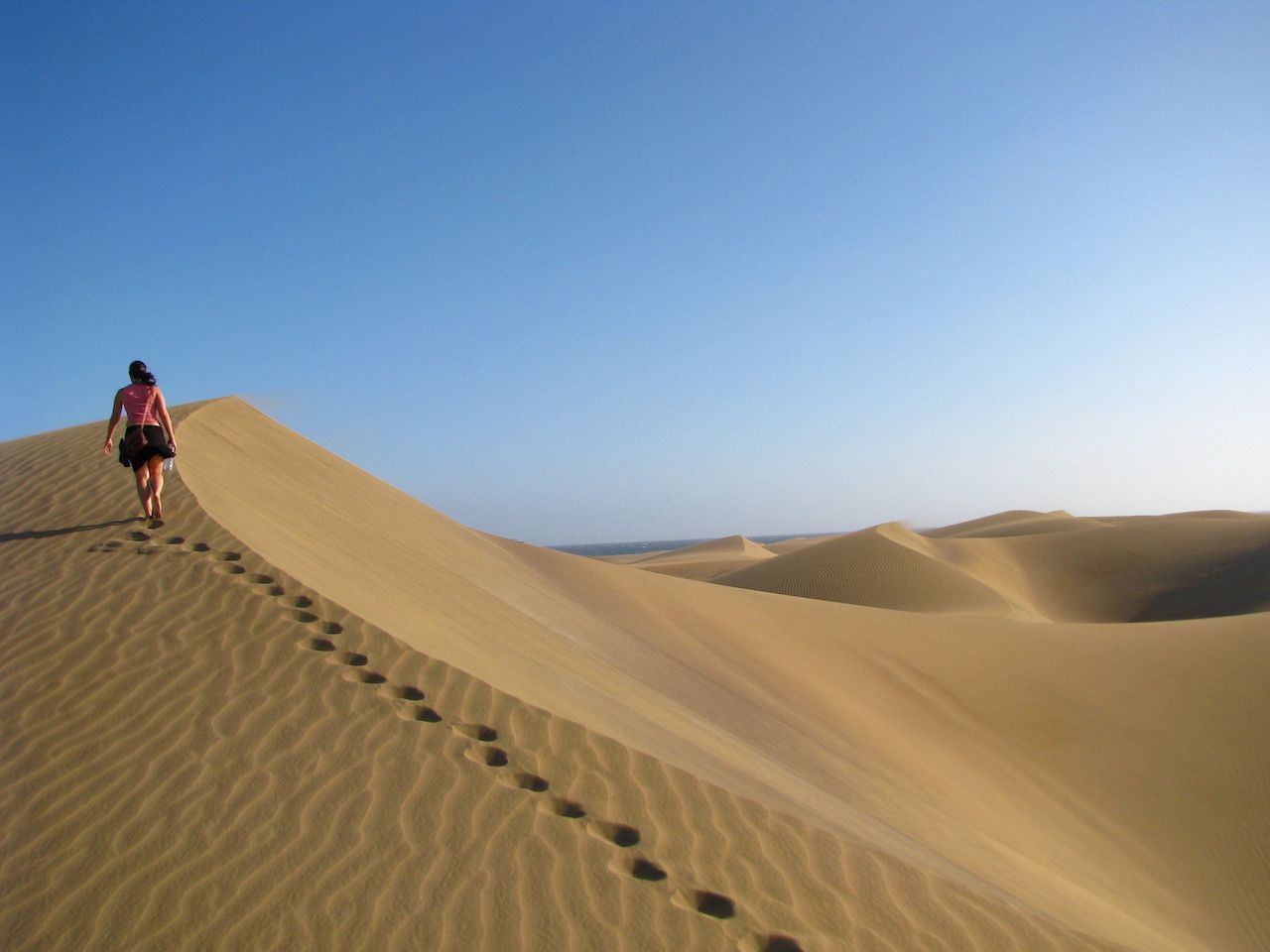 You don’t have to venture to the Sahara to get an exhilarating desert experience. The island of Gran Canaria is famous for its Maspalomas Dunes, rolling along the coast for over a thousand acres. One of the most easily accessible dune landscapes on the planet, these dunes are essentially a miniature desert, with scarce vegetation and endless hills rising and falling. The dunes are large enough to give you an authentic desert feel, but not so vast that you can actually get lost if you’re exploring on your own. Although dune buggies and similar vehicles are banned on the dunes, it’s possible to book camel rides.

25 Reasons To Visit the Canary Islands