Since the early 2000s, the Catalan region of Spain, particularly Barcelona, has been growing as a hotspot for cannabis tourism. You may have heard about the city’s somewhat open approach to marijuana regulation, but note that cannabis consumption there isn’t the same as in Canada or in US states where recreational weed is legal. It has similarities to the marijuana scene in Amsterdam, but there are some major key differences.

If you plan on exploring Barcelona’s cannabis culture on your next visit, this is everything you need to know.

Is cannabis legal in Spain?

The short answer is no — cannabis is technically illegal. Trafficking, selling, or carrying cannabis in Spain is a crime. Smoking or displaying it in public will cost you a large fine, any cannabis you have will be seized, and you may be subject to jail time. The personal use of marijuana, however, has been decriminalized.

It’s acceptable to have or smoke marijuana in moderate amounts in private spaces. This includes private residences and private cannabis clubs. In Barcelona, you’re allowed to grow up to two plants in your own private residence, or you can forfeit your right to grow marijuana and opt to join a cannabis club instead. As a visitor to the city, it’s not likely you’re going to grow your own cannabis, so if you’d like to enjoy a blunt or two while in Barcelona, your best (and safest) bet is to join a club.

Everything you need to know about Barcelona’s cannabis clubs

The only decriminalized way to acquire and/or consume cannabis outside of a private residence in Barcelona is by way of a cannabis club. These clubs should not be confused with medical marijuana dispensaries. Because cannabis is officially illegal, Spain does not offer medical marijuana, doctors cannot prescribe cannabis, and there are no dispensaries in the city.

Cannabis clubs in Barcelona are private entities committed to the protection, security, and anonymity of their members. The personal information of cannabis club members is not shared with any other entity, including the government. Authorities have no access to member information of any kind, and they can’t enter a cannabis club without specific authorization to do so. For this reason, clubs make a concerted effort to remain discreet and avoid causing any disruption to nearby residents.

Because it’s a private, secure entity, one cannot just casually walk into a cannabis club. You must have both an ID and a membership in order to enter. You can only acquire membership to a club through sponsorship or by referral through a current club member. You may be thinking it won’t be easy to obtain membership as a tourist, but it’s really not complex or difficult to do so.

How to join a cannabis club in Barcelona

Joining a cannabis club in Barcelona can be as simple as sending an email. Some online organizations, such as Marijuana Games, will offer to act as your sponsor for membership provided you meet their basic requirements. All you have to do is send some preliminary information to the email address listed, and they will set up a registration appointment with a club on your behalf.

You will receive an email reply from your “sponsor” letting you know when your appointment is and at which club (you don’t get to choose which club you’ll join through this method).

At your appointment, you’ll fill out some paperwork provided by the club. Again, this information is protected and secure. You’ll also be required to present valid, government-issued identification (passport, driver’s license, state ID, etc.). It’s important to note that you cannot register without a residential address in Spain. This doesn’t mean you have to be a resident, but the address of a hostel or hotel will not suffice. This can be the address of an Airbnb or a local friend’s residence. You won’t be asked to authenticate this address, and nothing will be sent to the location you provide.

In order to join the club, you must also pay an annual membership fee. This fee is meant to offset the club’s expenses and does not cover the cost of any cannabis. The membership fee tends to run between 25 and 50 euros per year, but it can sometimes be lower or higher depending on the club. You’ll need to pay this fee in cash.

How to get cannabis from a Barcelona cannabis club 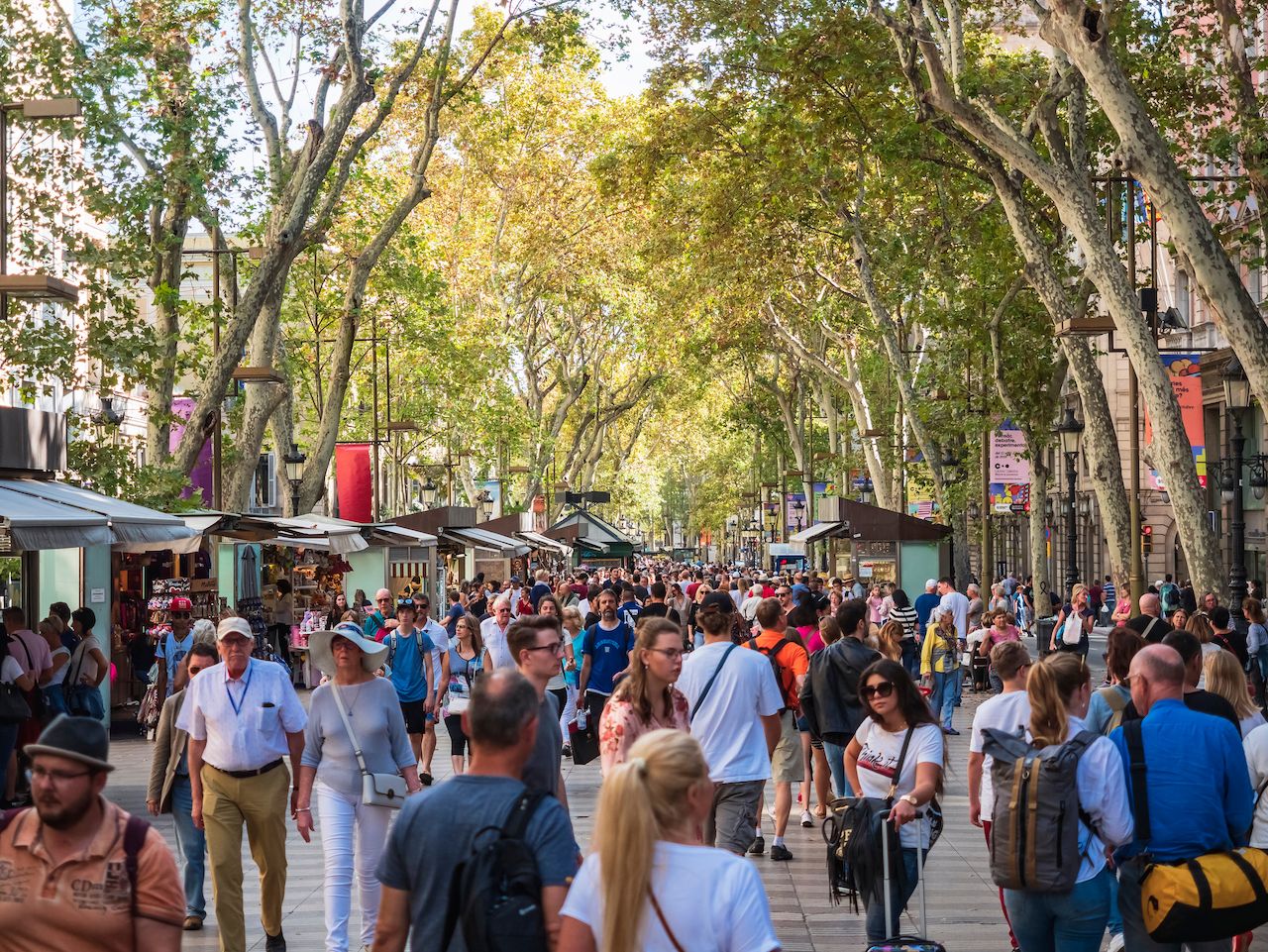 For legal reasons, you do not “buy” cannabis from a club. By joining a club, you become part of a group that grows and disperses cannabis among club members. In this sense, you don’t pay for the marijuana itself. Instead, whatever you pay to acquire cannabis is used to cover the cost of growing the marijuana and maintaining the club’s facilities.

Additionally, clubs place limits on how much cannabis you can acquire. Because it’s only meant for personal use, you’re typically restricted to five grams per day and can’t exceed a certain amount per month. As this isn’t regulated by any law, the exact number depends on each club.

Because you can face consequences for possessing marijuana in public, the club will advise you not to take it outside the property. Most members do take cannabis from the club, however. If you choose to take cannabis from the club, it’s recommended to keep it in your undergarments, as that’s the one place police can’t search (unless they have a warrant to do so). If you’re caught with marijuana, you should say as little as possible about where you got it, and do not mention the name of your club.

While consuming cannabis in Barcelona may sound risky, there’s really nothing to worry about as long as you join a club (which isn’t difficult) and follow the basic guidelines.

CannabisThis guy smoked cannabis at every single coffeeshop in Amsterdam so you don’t have to
Tagged
Cannabis Barcelona, Spain
What did you think of this story?
Meh
Good
Awesome

8 Barcelona foods the whole world should know and love

9 best outdoor spots to hike or chill around Barcelona

20+ spots for the best nightlife in Barcelona

The 8 best places to meet travelers in Barcelona

Top 10 things you can do for free in Barcelona

The 4 up-and-coming Barcelona neighborhoods you need to know

How to travel Barcelona with kids

7 ways to save money on your trip to Barcelona

Lebanon legalized medical cannabis, and it could help stabilize the economy

8 animals that take hallucinogenic drugs and enjoy it