The massive Amazon blaze has dominated the news this week (as it should), but it’s also alerted people to some pretty alarming fires elsewhere in the world that are being largely ignored. NASA maps show fires raging around the world, and it’s pretty shocking. Central Africa, for example, has a staggering number of fires burning in the region — far more than in Brazil. For two days last week, Angola had three times more fires than Brazil, with 6,902 fires in Angola compared to 2,127 in Brazil. 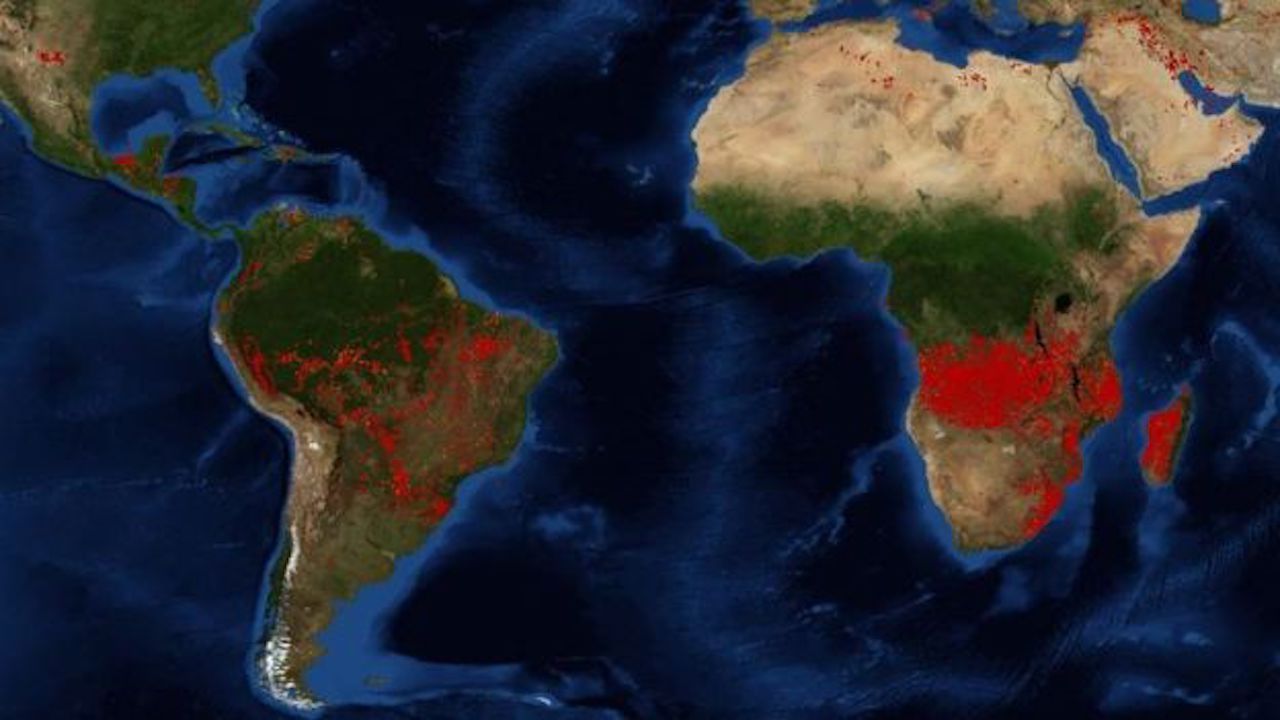 While it may seem like many world leaders are ignoring the African fires and placing their attention on the Amazon, French President Emmanuel Macron did tweet on Monday, “The forest is also burning in sub-Saharan Africa,” which is at least an acknowledgment of the issue. He also added that he was “considering the possibility of launching a similar initiative” in Africa, referring to the $22 million in aid he and other countries pledged to help fight the Amazon fire — aid that is currently being rejected by Brazilian president Jair Bolsonaro.

Little is known so far about the fires in Central Africa, but similar fires two years ago appeared to have been started on purpose. Farmers may have cut down some of the area’s vegetation and set fire to the trees, in order to clear land for planting crops in a controversial farming method known as “slash and burn.” This way of clearing land is popular among farmers for its cost-effectiveness, because it helps kill disease, and because the ash provides nutrients to future crops — but it also leads to deforestation, soil erosion, and negatively affects biodiversity.

It happens frequently in Central Africa ahead of the rainy season, but just because the technique has become commonplace, that doesn’t mean it isn’t worthy of global attention or scrutiny.

WellnessThe Best Places in the US To Try Forest Bathing
Tagged
News
What did you think of this story?
Meh
Good
Awesome