What’s the signature flavor of Texas? Whether you live there or not, you likely have some thoughts on which food and which drink embodies the state’s legendary reputation. Most people will jump right to Texas barbecue for one, or Tex-Mex. On the drinks front, the frozen margarita seems like an obvious choice considering it was invented in Dallas, the home of the Margarita Mile.

Yet for some locals and a growing number of non-Texans, it’s a much simpler drink — in fact, about as simple as they come — that’s synonymous with a taste of the Lone Star state: ranch water.

Ranch water is made with tequila, lime juice, and Topo Chico sparkling water. Originally, fans of the cocktail built it right in the glass Topo Chico bottle by sipping some of the sparkling water to reduce the volume, pouring in the tequila, and then adding a squeeze and wedge of lime. Think of it like a tequila version of an easy drinking beverage like a Corona and lime, explains Connor Stehr, the cocktail expert behind Shake and Stehr.

“You drink it because it’s easy and cheap and refreshing,” Stehr, who lives in Denver but was raised in Houston, says. Ranch water and tacos are just as synonymous with Texas as margaritas and Tex-Mex. “It’s the perfect drink for when you go to the lake or go to someone’s property to go hunting.”

Gussied up versions are easy to find in Texas as well. On a popular TikTok account, one Texas man argues that the perfect ranch water is served in a glass with a salted rim (and this guy really knows his ranch water).

“Nothing says ‘Texas’ quite like ranch water,” says David Graham, the director of marketing at Karbach Brewing in Houston. “It’s a classic bar staple that Texans love because of its refreshing taste and simple, quality ingredients.”

The first time Graham tried ranch water was at his sister’s birthday in Austin on an unusually warm January day that “really called for something uber-refreshing,” he says. The flavors stuck with him. Karbach released a canned ranch water hard seltzer in January.

Karbach is one of a few breweries that’s making a seltzer designed to taste like the simple Texas classic. Shotgun Seltzer, Lone River Ranch, and Heineken’s Dos Equis have already launched, or are planning to launch, ranch water seltzers. It’s one sign of how the appeal of ranch water reaches beyond people who need a drink to cool down in the hot Texas sun. Another sign is ranch water’s increasing presence outside of the Lone Star state. Where I live in Denver, the Baja California-inspired restaurant Perdida features a ranch water cocktail on the menu that’s served in a glass with the extra Topo Chico and a small glass of fresh lime juice on the side so you can play with the proportions to your own liking.

Ranch water’s inevitable spread can be chalked up to the same reason any other regional drink gains notoriety outside of its home base: ranch water tastes good. 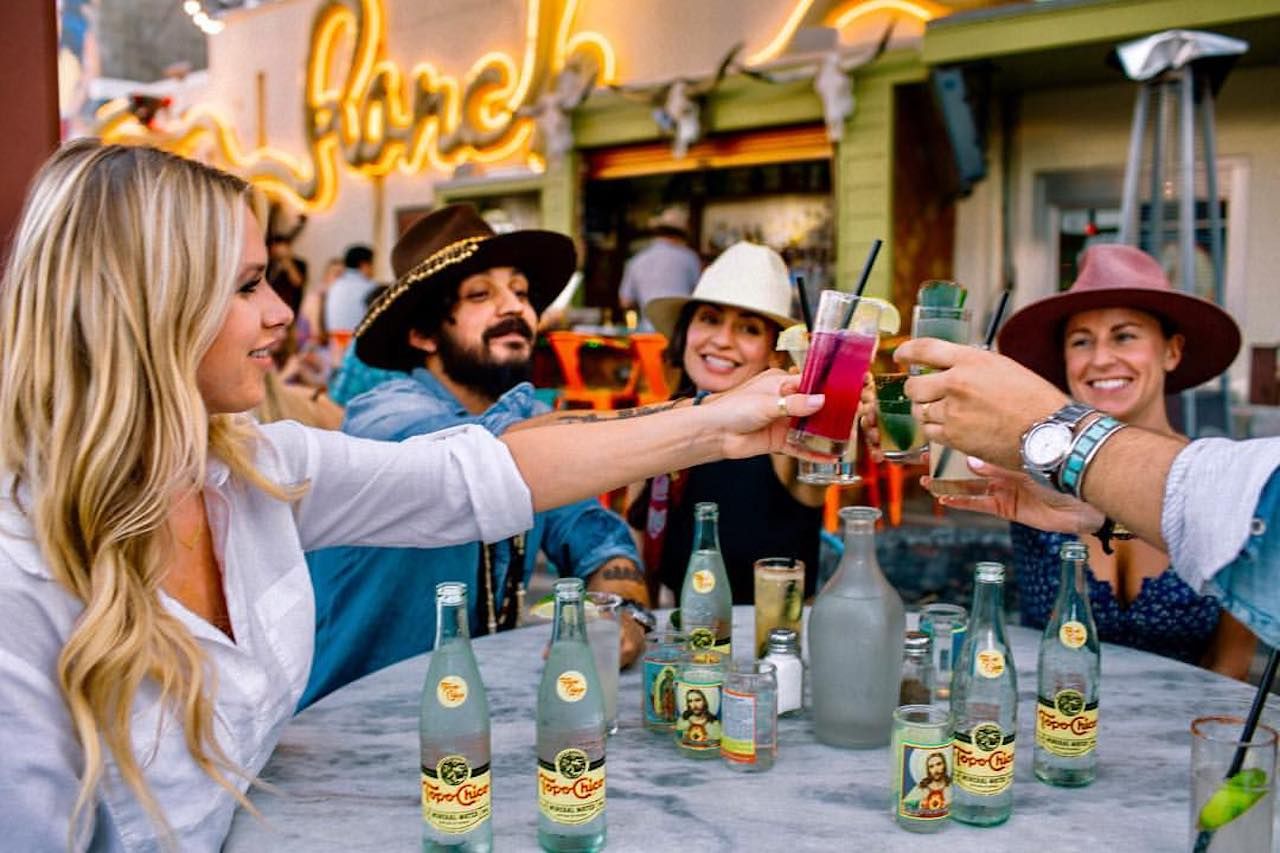 When and where ranch water was invented is hard to pin down. The drinks publication PUNCH found one rumor that a rancher in Fort Davis created ranch water in the 1960s. Ranch water was also a popular word-of-mouth order at the White Buffalo Bar at the historic Gage Hotel in Marathon — it wasn’t until 2010 that the hotel officially added ranch water to the menu.

The same ambiguous origin story applies to how it got the name ranch water. There’s no documented reason, but the thinking goes that it earned the moniker because ranch water was easy to make in a bottle of Topo Chico as a quick happy hour drink after a day of working on the ranch.

It’s moved far beyond those humble roots. Ranch 616 in Austin has had ranch water on the menu since the early 2000s. It now sells ranch water made with reposado tequila, lime juice, orange cordial, and a bottle of Topo Chico on the side for $13. Other “waters” like one made with Tito’s vodka, lime, cranberry, and Topo Chico also appear on the menu. Eight Row Flint in Houston has a ranch water on the menu made with sotol (a Mexican spirit made from a shrub called the desert spoon instead of agave like tequila and mezcal), lime juice and sweet lime oleo saccharum, grapefruit oil, salt, and carbonated water.

Depending on where you are, you can find a ranch water that’s moved far beyond its namesake ingredients and simplicity. Some places swap cheap tequila for premium tequilas. Others take ranch water as an inspiration for other “waters” made with vodka, mezcal, whiskey, or rum. In short, this west Texas classic has taken on a life of its own as a refreshing anytime, anywhere drink.

Where to drink ranch water 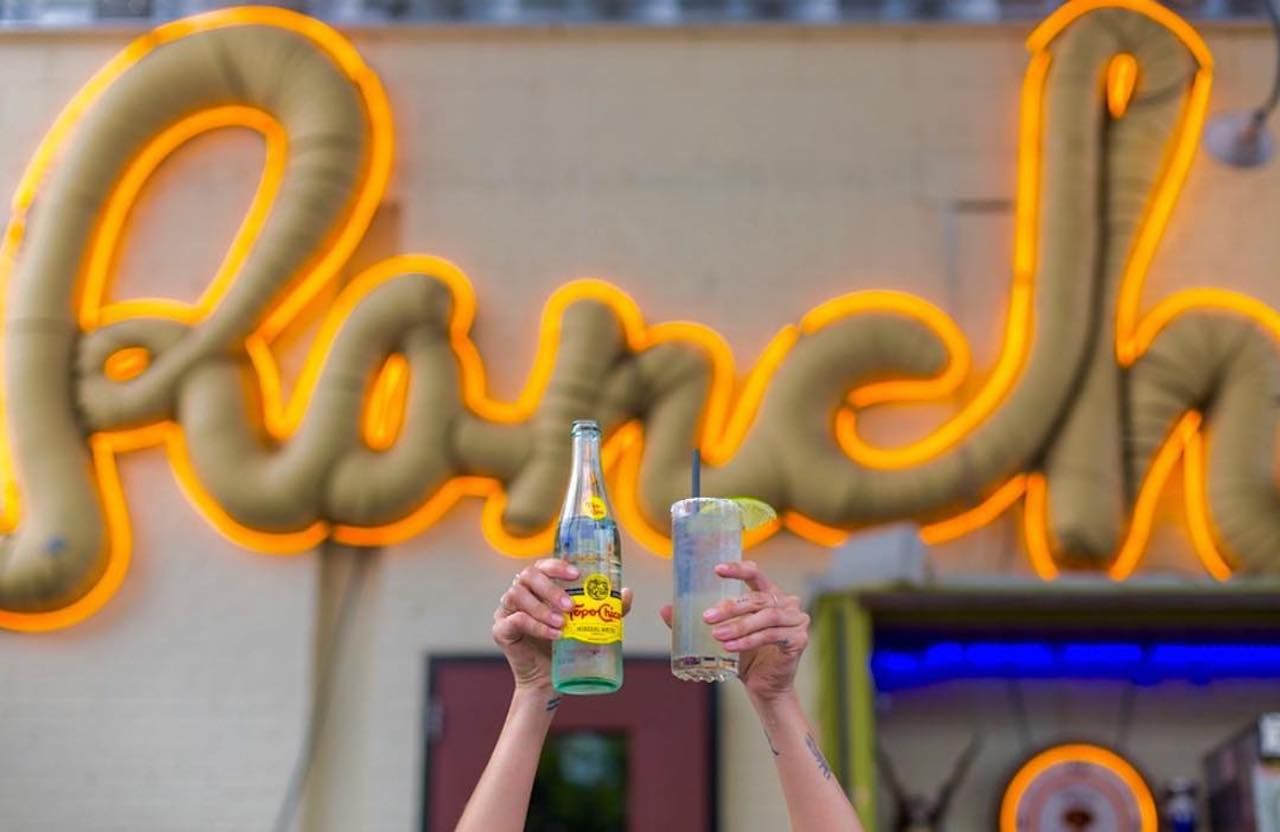 One of the most accessible (and portable) ways to get the flavor of ranch water is in the form of a hard seltzer like Karbach or Lone River Ranch, though those are only distributed around Texas and a few surrounding states.

Ranch 616 is the classic ranch water destination in Austin, while Stehr suggests Eight Row Flint and El Tiempo in Houston. The Gage Hotel is a must-stop on any ranch water tour as well if you’re willing to travel the distance. Your best bet is to walk into a Texas bar, check that Topo Chico is available, and then ask for a ranch water.

How to make ranch water 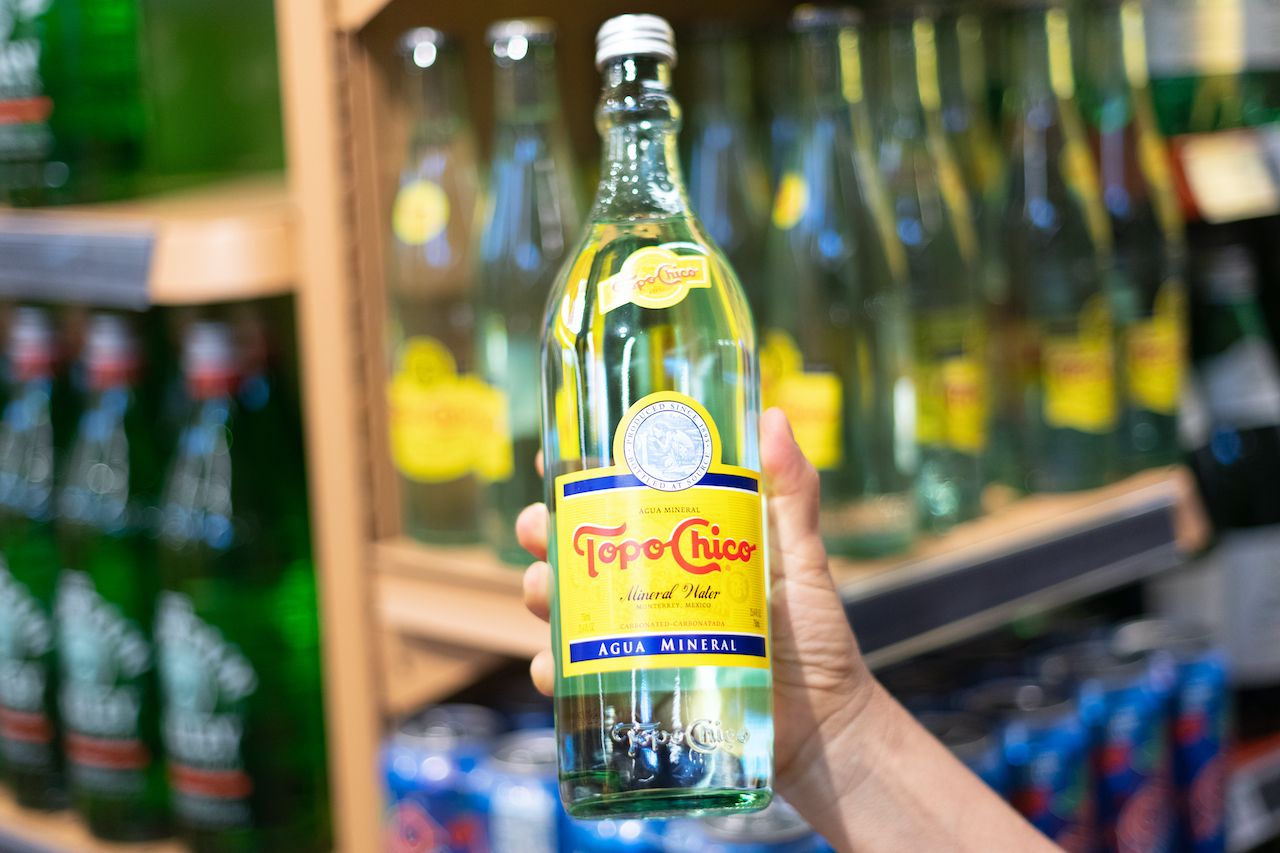 Ranch water is about as hassle free to make yourself as you can find. Make it in an ice-cold Topo Chico bottle by sipping down (or pouring out) about a third of the sparkling water, adding a shot of tequila and the juice from about half a lime. Or make it in a glass with ice and continue to add Topo Chico from the bottle as you drink it down.

You can add jalapeño for spicy ranch water, put salt or tajin on the rim of the glass for a little extra kick, or sweeten it up with a bit of agave syrup. The one thing that pretty much everyone will tell you about ranch water is that the only irreplaceable ingredient is Topo Chico.

According to legend, natural spring waters from Cerro del Topo Chico in the state of Monterrey healed an Aztec princess in 1440. Those waters became regionally famous and the mountain became a destination. It was first bottled and sold in 1895 and gained a following in Texas and northern Mexico. In 2017, Coca-Cola purchased the brand and increased the distribution across the country.

So the next time you’re looking for a drink that’s easy to make, low in alcohol, and just about as refreshing as something can be on a hot day, grab a bottle of Topo and your favorite tequila and do as the Texans do.