After the gorgeous swimming pool project for Copenhagen’s harbor, Danish architectural design strikes again with this amazing wave-shaped apartment complex — one of the most unique buildings in Europe. 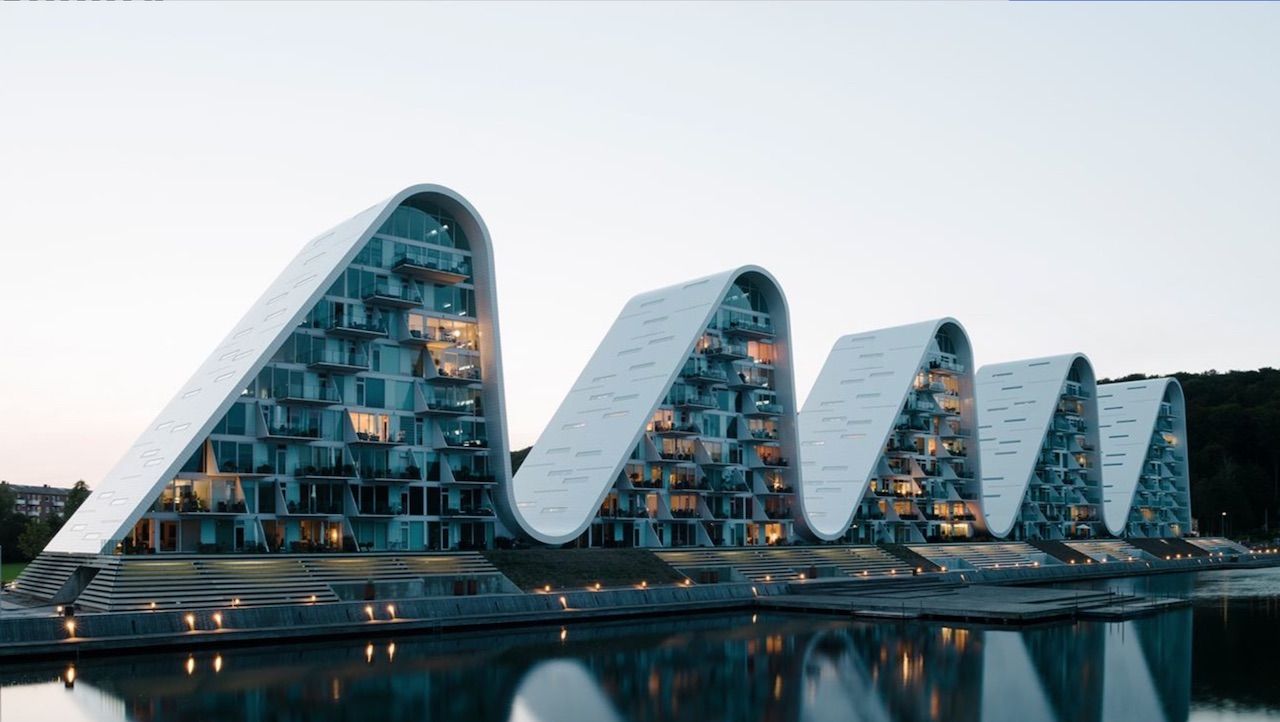 Henning Larsen Architects, a Copenhagen-based architecture firm, has just completed The Wave — a waterfront apartment complex in Vejle, Denmark. The building consists of five rounded towers and covers nearly three and a half acres. The complex holds over one hundred luxury apartments, and also features a public pier with the aim of revitalizing the area’s waterfront. Each tower consists of nine identical floors, creating the appearance of a single unified building across all five “waves.” 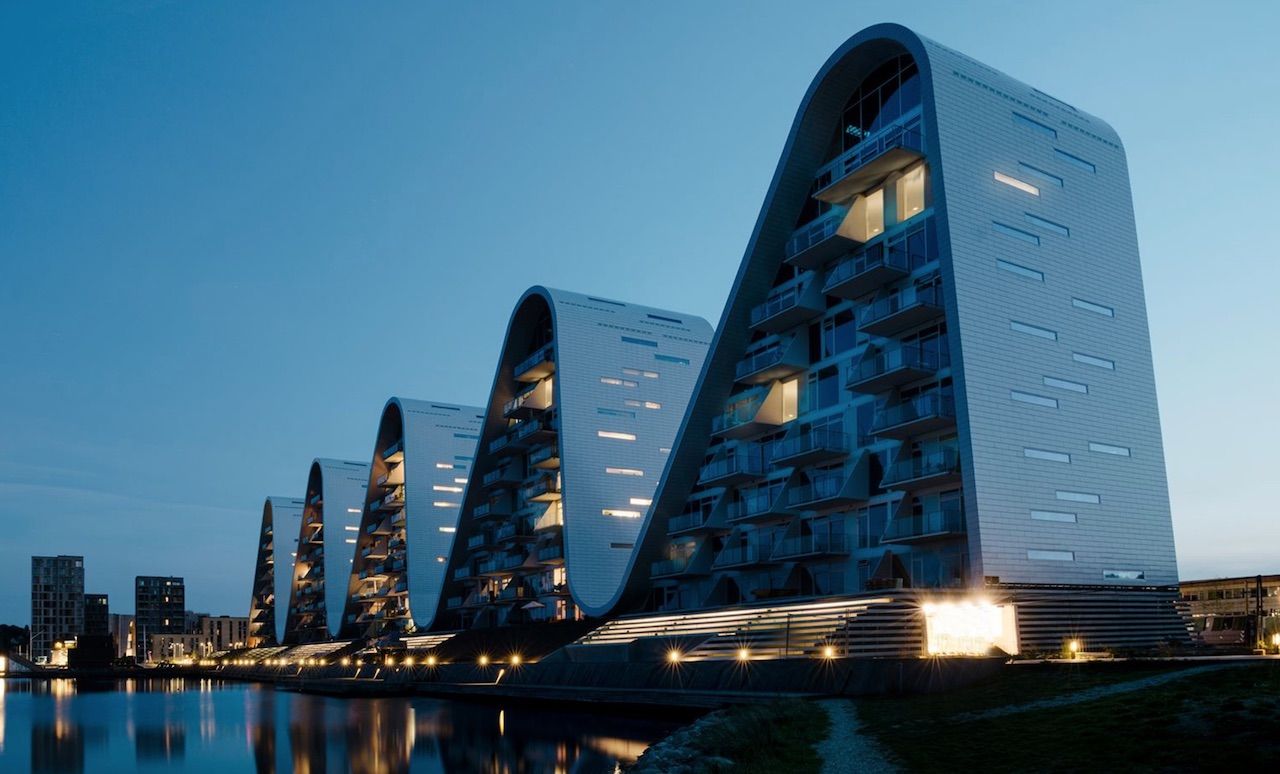 Construction on The Wave started back in 2006, though work was halted due to the financial crisis, and did not resume until 2015. The complex was designed as an extension of its surrounding landscape — the hills, the waters of Vejle Fjord, and the rise of the fjord itself — and pays tribute to the town’s seafaring heritage. The project was finally completed in December 2018. 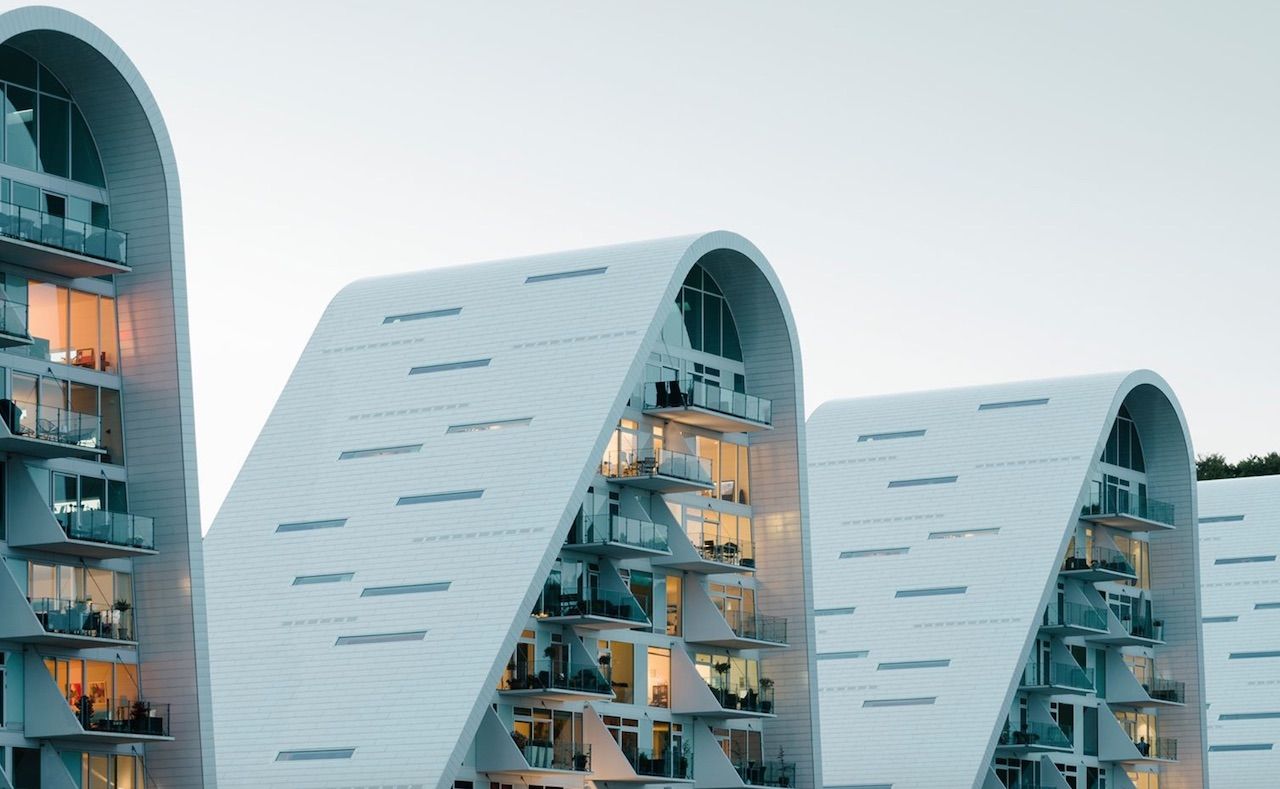 Even before the project was finished, it was garnering international recognition and receiving awards. In 2009, the first two completed towers were named the “Residential Building of the Year” by Byggeri, a Danish trade magazine. The building also received the ABB LEAF Award for innovative architecture in 2012 and the Civic Trust Award in 2011.

NewsCopenhagen’s New Swimming Pool Is the Stuff That Dreams Are Made Of
Tagged
Art + Architecture News Epic Stays
What did you think of this story?
Meh
Good
Awesome